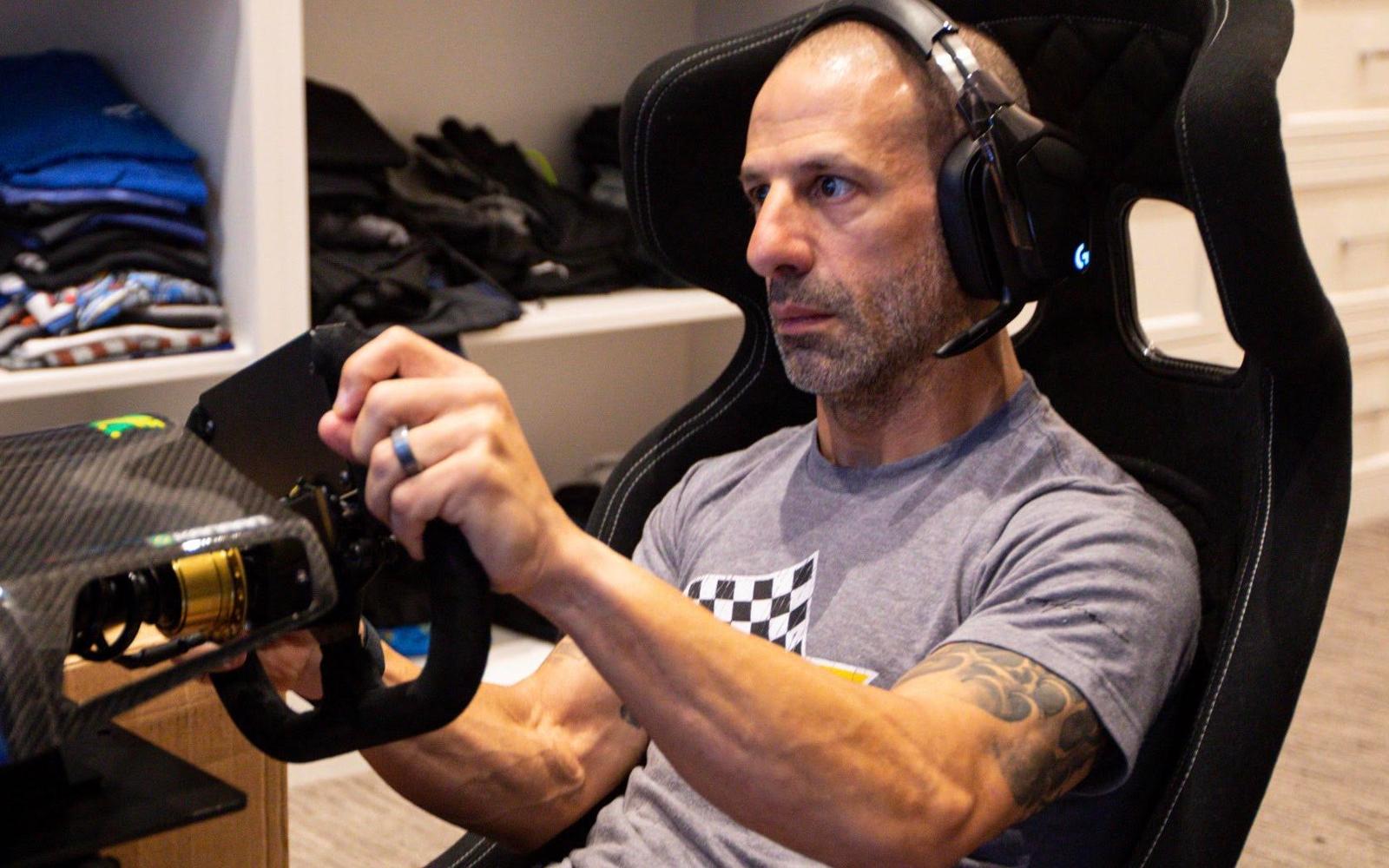 Daytona Beach, Fla. (7 May, 2020)- NTT IndyCar Series champion Tony Kanaan will make his Trans Am Series presented by Pirelli debut a virtual one this weekend as the series stages Round 3 of its new esports championship Saturday at 3:00 p.m. Eastern (Stream live by downloading the Trans Am by Pirelli App).

Kanaan will join the full field of current, past, and future Trans Am racers as part of an enlarged field that will also feature up-and-coming stars Sebastian Montoya, Devlin DeFrancesco and Lachlan DeFrancesco as the latest guest drivers to join the Trans Am by Pirelli Esports Championship roster.

The 2014 Indianapolis 500 winner Kanaan is a fairly new adopter to sim racing world, recently competing in the Torque Esports Race All-Star Esports Battle and the IndyCar Challenge on iRacing. On Saturday, Kanaan will wheel the No. 14 Big Machine Vodka Corvette C7.r GTLM on the Gear.Club SIM edition, a joint venture between Torque/UMG and Assetto Corsa.

“First of all, I enjoy the Corvette, a car that I currently own and also race against some legends who are racing,” said Kanaan. “There are some really good guys racing in the Trans Am esports series and I want to join the party. I watched a couple of the online and thought it was a lot of fun.” 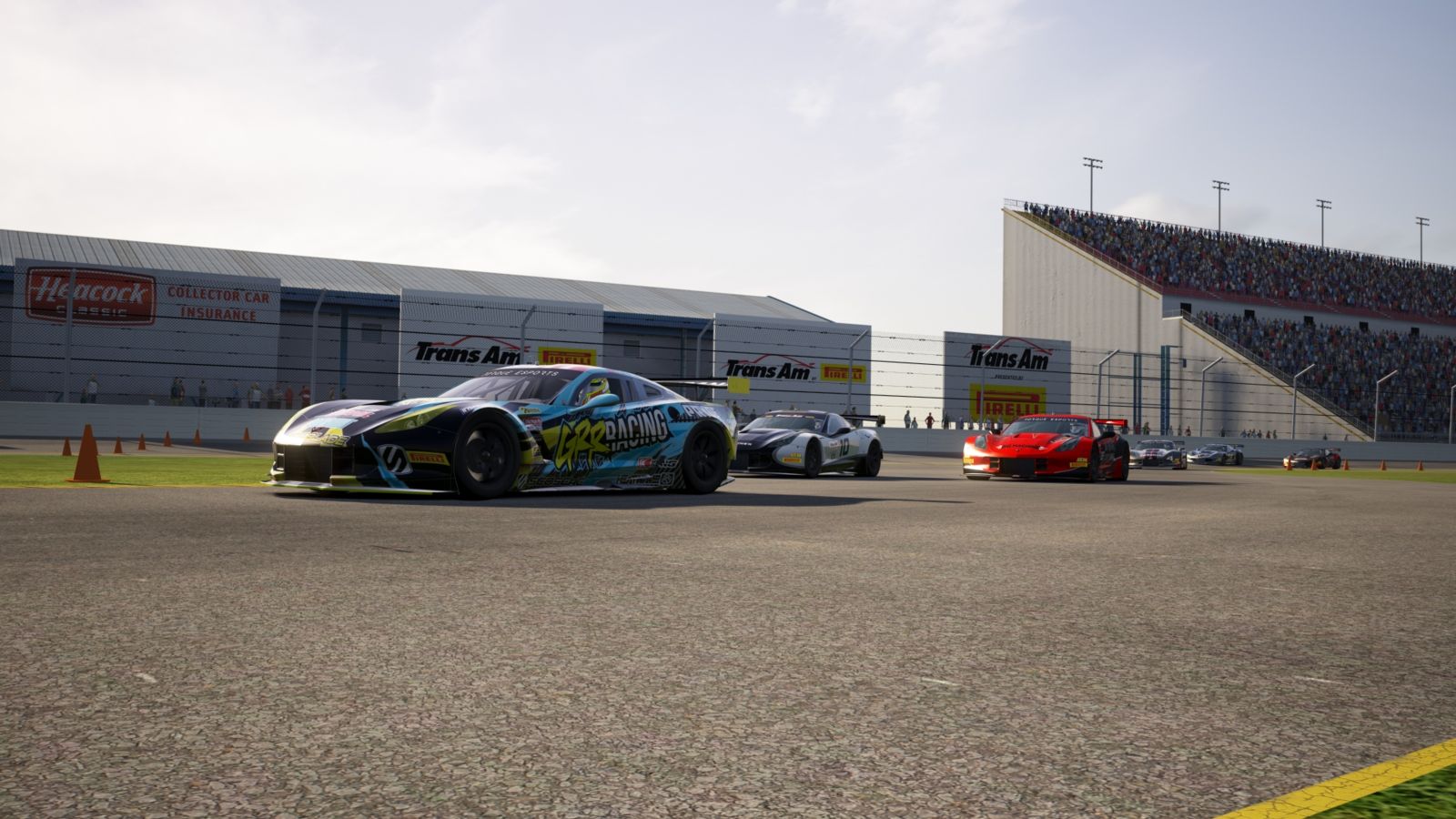 Kanaan recently announced that he will be scaling back his involvement with IndyCar to pursue other racing opportunities, possibly switching to sportscar racing.

“Everything is an option for 2020!” Kanaan said. “That's one of the reasons I decided to reduce the races in IndyCar and open up my options and see what I want to do from now on.”

With victories in Formula 1, IndyCar, IMSA  and NASCAR, Juan Pablo Montoya has long been a fan favorite. Now his son Sebastian Montoya is following in his footsteps, making his debut this season in the F1 feeder series, Italian F4. During the extended off-season Sebastian Montoya has turned to online sim racing, competing in the Race All-Star Esports Battle, to keep him prepared for his rookie season of competition.

With three years separating them,  the DeFrancesco brothers will compete against each other for the first time behind the wheel of a sportscar.

Devlin DeFrancesco is a two-time competitor in the Rolex 24 At Daytona, driving for JDC-Miller Motorsports. The 20-year-old Canadian finished fifth overall in 2019, driving the No. 85 Cadillac DPi with F1 legend Rubens Barrichello, Trans Am racer Misha Goikhberg and Tristan Vautier.

Following in the footsteps of his older brother Devlin, Lachlan DeFrancesco quickly found himself up to speed in a karts. Competing against the world’s best karters, Lachlan earned three national karting titles.

While the newest Trans Am by Pirelli Esports drivers have dozens of real-world racing titles and accomplishments, they will have to get past Josh Hurley who leads the Trans Am Esports championship after two rounds. 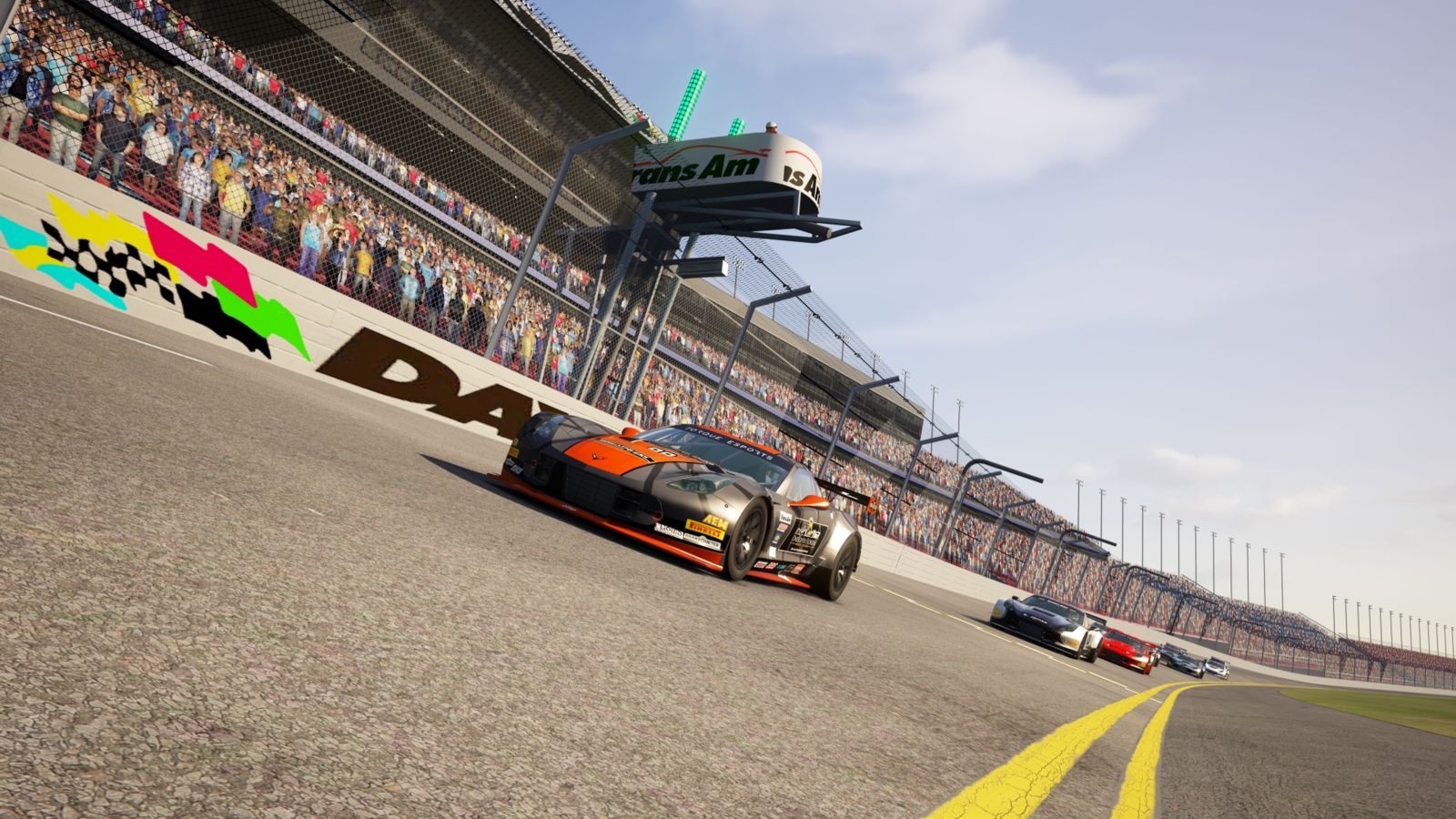 Kanaan and Hurley have already raced against each other in real life, competing in karts years ago. Hurley, who has two wins in the Trans Am esports championship, hasn’t let the childhood rivalry fizzle out after all this time.

“I’ve raced Tony (Kanaan) and most of the open wheel IndyCar guys since we were in go-karts down at Opa Locka,” said Hurley. “I was competitive with them then and I’ve watched Tony transition into sim-based racing recently and am eager to race him again.  So I expect the field to be closer there than it’s been in the last two rounds.”

Drivers will continue to race identically prepared Corvette C7.r GTLM machines on the Gear.Club SIM edition, a joint venture between Torque/UMG and Assetto Corsa, for Round 3 of the championship.

Coverage begins Saturday at 3:00 p.m. Eastern with live commentary from Jonathan Green and Ben Cissell, featuring a swift qualifying followed by two 20-minute main events. For added excitement, the second round will be an inverted field.

Fans can stream the action by downloading the free Trans Am by Pirelli Racing app (www.gotransam.com//livetiming). The live stream will also be available on the series Facebook (www.facebook.com/gotransam) and YouTube channel (https://www.youtube.com/user/TheTransAmSeries).