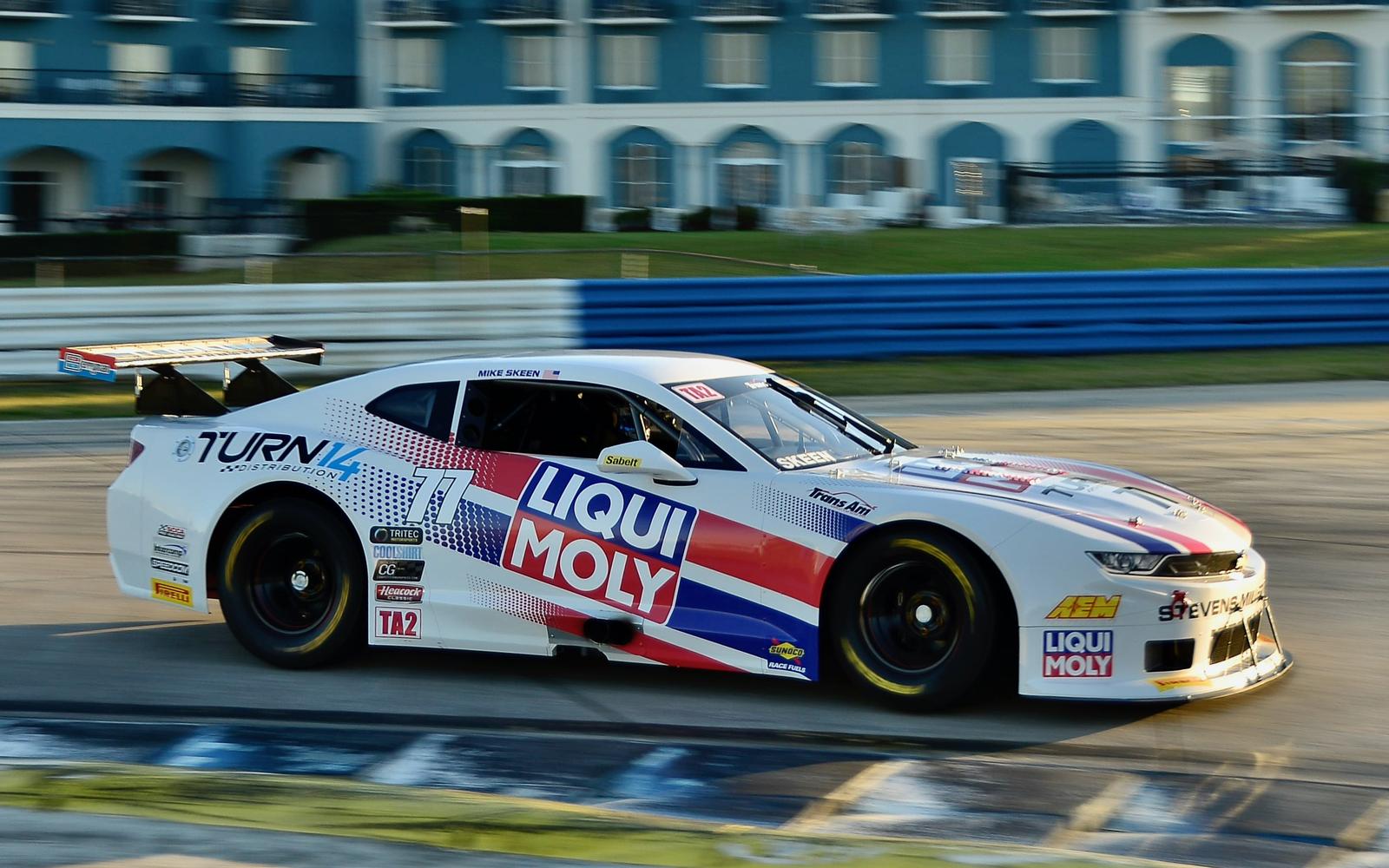 Los Angeles—Liqui Moly USA has announced their sponsorship renewal of Stevens-Miller Racing (SMR) in The Trans Am presented by Pirelli’s TA2 category.

Liqui Moly USA Marketing Manager Mike Crosby said, “We are proud to be part of the Stevens-Miller team for the third straight year. Last year was an amazing season with the team winning the championship and our Liqui Moly Ford Mustang coming in second. The team has done incredibly well the past two seasons and we are very excited for 2020.

“Stevens-Miller Racing and Trans Am provide us an incredible opportunity to put our oils and additives to the test in some of the most extreme racing conditions. All of the products they use are the same ones you can buy off the shelf. They use our products in the race cars, their support vehicles and their semi rig. From engines, transmissions and rear ends to oils and additives we’ve got them covered.

“We are also very pleased to have two-time SEMA WD of the year, Turn14 Distribution, on the car with us,” Crosby continued. “Having Turn14 and their customers at the races provides a great opportunity for us to educate their customers about our product line as well as introduce them to new products.”

The familiar Liqui Moly red, white and blue is on the SMR No. 77 Chevrolet Camaro with driver Mike Skeen. The combination has proved to be a winning formula. In the first race Skeen qualified on pole and set a new track record. On race day Skeen culminated the debut of his new SMR Liqui Moly Camaro by winning the event and taking it straight to Sebring’s victory circle.

SMR Team Driver Mike Skeen said, “I’m thrilled to represent Liqui Moly and Turn14 Distribution this season. I knew that Stevens-Miller Racing with Liqui Moly’s support would offer a program that would allow me to compete for the championship and we got off to a great start by winning Sebring. I encourage all the fans to come to a race or cheer us on via the live stream broadcasts. Trans Am is a great series and the new for 2020 live streaming is great for the series and our sponsors.”

Stevens-Miller Racing’s Owner Joe Stevens said, “We’re back to defend our 2019 Driver’s and Team championships and we’ll be powered by Liqui-Moly USA. Mike and I have set our sights on the championship and Liqui Moly is on board to help us achieve just that. We want to continue to show motorsport fans and American muscle car owners that Liqui-Moly is what they need.”

This past season Liqui Moly, Prefix, and SMR team spent many hours on the chassis and engine dyno testing Liqui Moly products. “The results were clear,” Stevens said, “Liqui Moly absolutely increased the performance and reliability of not just our engine but the entire powertrain.”

“Our new Howe Engineering, Prefix powered Camaro looks fantastic in the Liqui Moly livery.  And, oh my – it looked even better in Sebring’s winner circle! I want to give a big thank you to Sebastian Zelger, Mike Crosby and Dave Bibb at Liqui Moly USA!” Stevens said.

Stevens-Miller Racing (SMR) has one of the highest winning percentages in Trans Am’s TA2 category. SMR’s staff has earned 30+ podiums, three championships, multiple Hard Charger Awards, Rookie of the Year, and more. The team’s focus is achieving the driver’s desired goals be it Arrive & Drive or pro. See www.stevensmillerracing.com for more details about our programs.