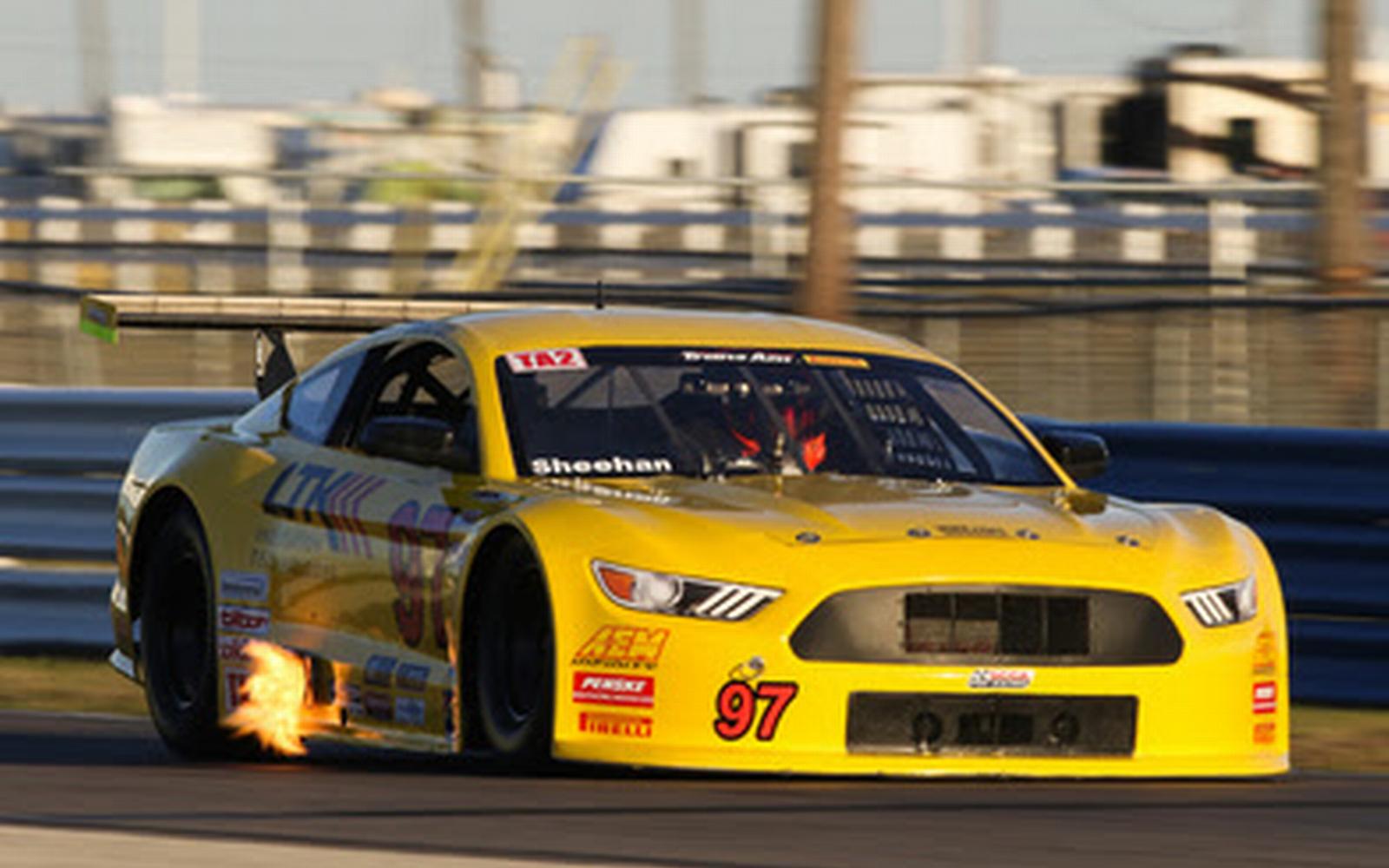 Sebring, FL - March 2, 2020 - The 54th season of Trans Am muscle car racing got underway at Sebring in the sunshine state and served up some tremendous action both for the fans who were there and those watching via the excellent new Trans Am Racing App. 2019 Iron Man winner Tom Sheehan in the No. 97 LTK Technologies Ford Mustang operating out of Bow, New Hampshire was charging through the field in the TA2 race only for his run to be cruelly halted by a rear brake failure that in the end proved fatal to his chances.

The No. 97 LTK team headed south from the Granite State full of optimism for the start of the 2020 Trans Am presented by Pirelli TA Class season. First practice saw Tom into the top ten out of 27 starters in a time of 2.08.99 but due to a caution flag during the session, the team was unable to maintain the same level of competitiveness in qualifying. The session was cut short and the team had to settle for P17 after registering 2:09:945 on lap 5 of the qualifications round.

In the race itself, Tom was charging from the green, passing numerous cars and posted a best time of 2:11.006 on lap 9. He had made his way to P10 overall when the gremlins got to the rear brake system and forced him to retire just as he was preparing an assault on the head of the field.

“The result is never what you want when you get DNF after falling out with a mechanical problem," stated Tom after the race. "But overall for the weekend we came down, unloaded, showed a little bit of speed, but then we didn’t qualify that well, so we had a little work to do in the race."

Talking to our reporter in the warm, early spring Florida sunshine, Tom was far from downbeat in spite of his charge through the field being halted prematurely, "From our starting position we moved up and passed a lot of cars, and we had a top 5 car. That's the goal, to have top 5 finishes, be there at the end and have a shot at the podium. We just didn’t get it today with the mechanical failure. I’m sure the guys all feel the same way that I do. You can't get too frustrated. It's a long season. No one likes to start out with a goose egg. We've got a little work to do. We'll go home and fix the car and get ready for Atlanta. I think I had a decent day behind the wheel and just want to build on that."

Of the mechanical failure that ended his race prematurely he added, "Something happened in the rear brake system and we ended up losing all the brakes. The front brakes got really overworked and they melted down. We tried to soldier on but it wasn't to be our day."

Tom and the rest of the TA2 class of Trans Am cars resume competition at the end of the month at Road Atlanta March 28 and 29 when the LTK Insulation Technologies Ford Mustang will be looking to put the weekend's result right.

About LTK Insulation Technologies:
Putting LTK insulation jackets & covers to work on your project saves your firm real money and time. The LTK Insulation products are so fast and easy. Installation is as fast as identification. Our carefully designed products line allows; fast, sure fit, 100% clean, no tool installation. Product designed for; balance valves, control valves, flex hoses, in line specialties, couplings, quick connects, unions, zone pumps. Your imagination is the only limit….GOLTK!