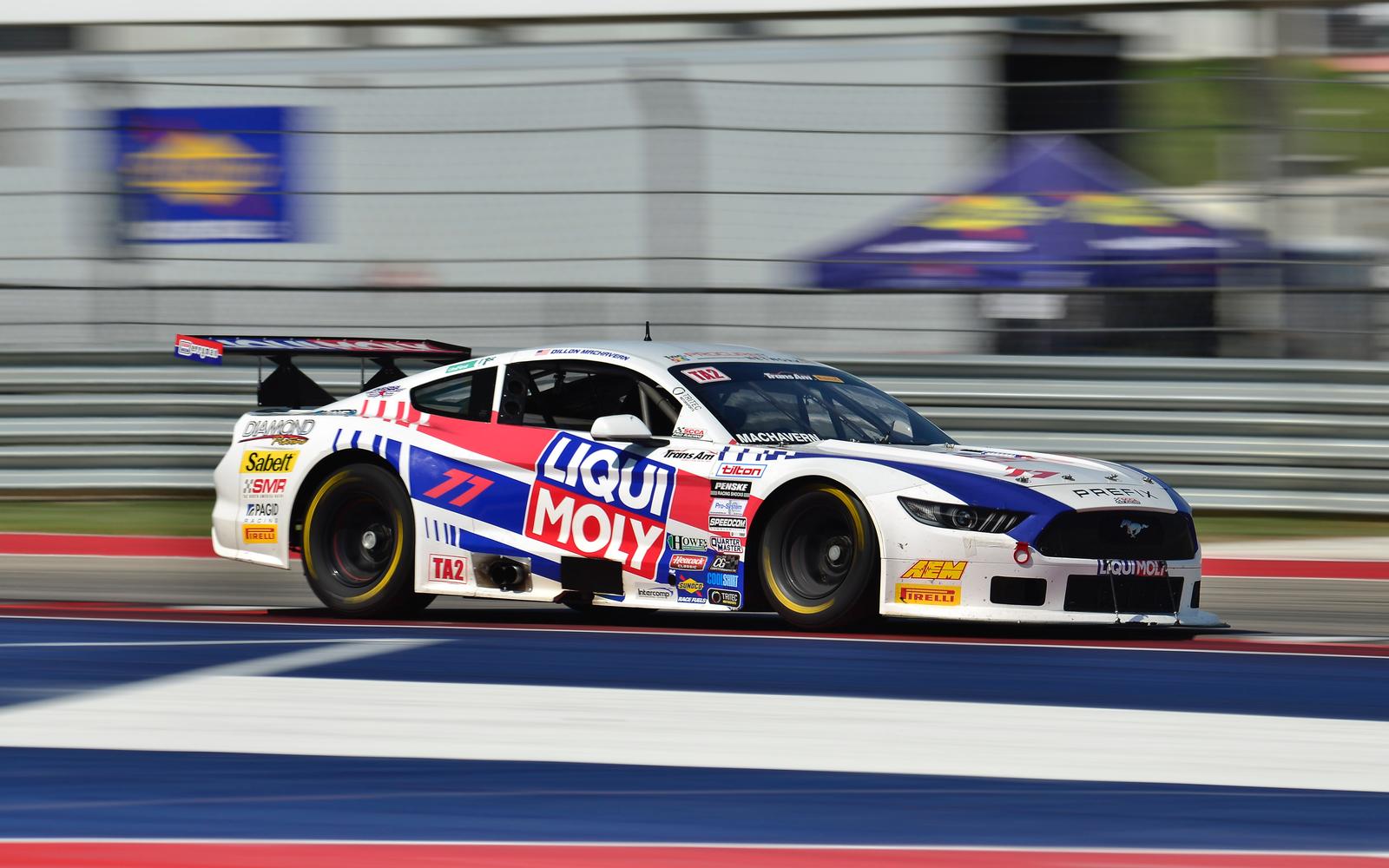 Austin, TX.– The Trans Am presented by Pirelli’s TA2 event at Circuit of the Americas proved to be one very difficult on the teams with high humidity and temperatures approaching 100 degrees. After running as high as third Dillon Machavern in his Liqui Moly Ford Mustang rebounded to a sixth place finish after being spun by a competitor in the closing laps.

Machavern said, “We had technical support from Howe Racing Enterprises this weekend and with their help my Liqui Moly Mustang kept getting better all weekend. The car was really good in the race and I’d just moved into third when I was hit by another car. With only a couple of laps to go I was now in eleventh. I put my head down and was able to finish sixth. Although it was not the finish we were looking for I’m still in the hunt. I can’t say enough about all the guys, it was incredibly hot but they never stopped working to make my car better. I want to congratulate my teammate Marc Miller and the entire team on winning the championship. I’m so proud to be a part of Stevens-Miller Racing.”

SMR Team Owner Joe Stevens said, “I’m so proud of my whole team. We’ve worked hard to improve on every level this year and it’s paid off but there’s still work to do. With one race left Dillon has a chance to move up in the final standings and that’s our goal. He’s had some tough luck this season but we’re going to do everything we can to get him on the podium at Daytona.”