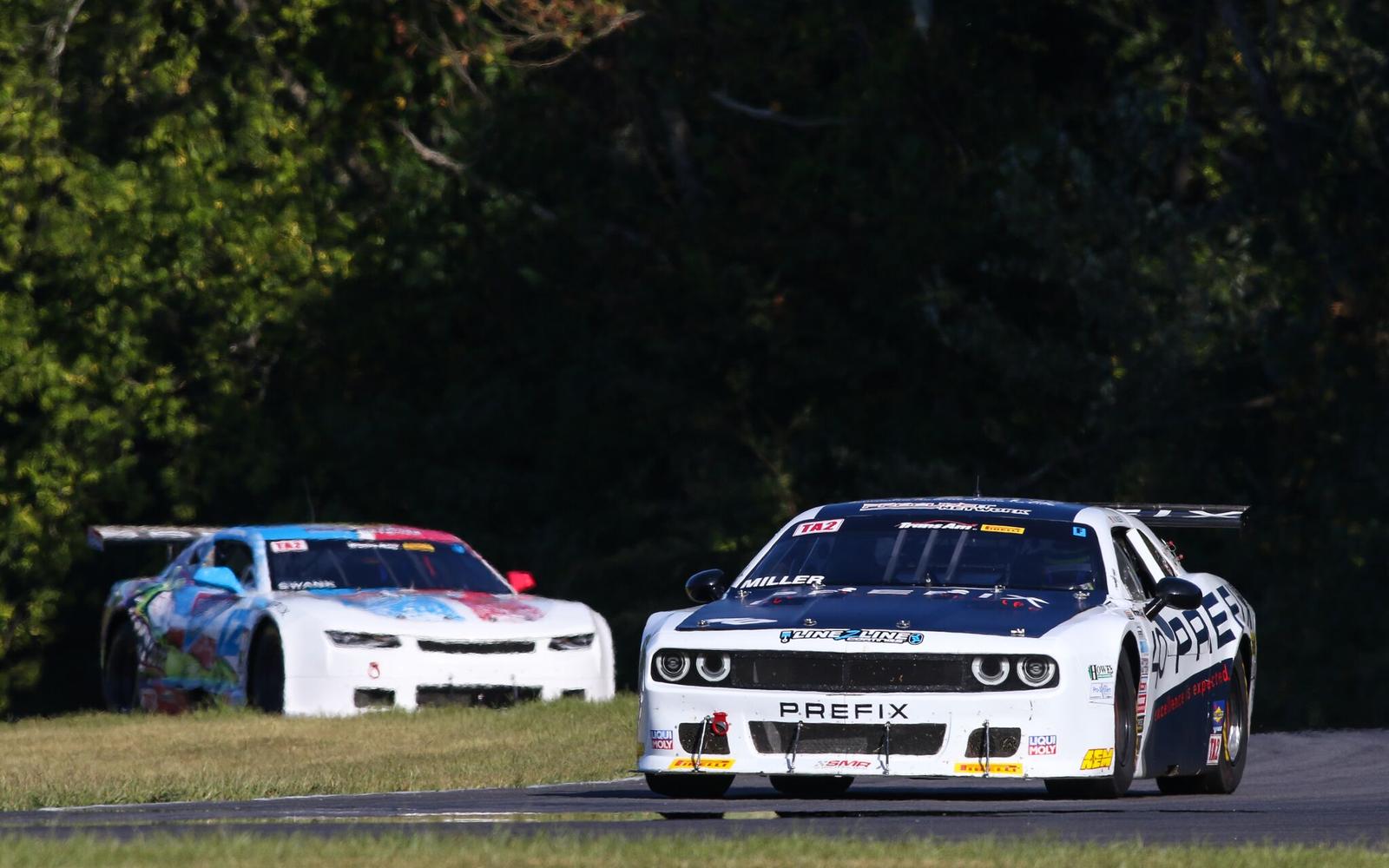 Miami, Fl (25 September 2019)- Following a post-race review of Saturday’s TA2 presented by AEM Round 10 at VIRginia International Raceway, Marc Miller (No. 40 Prefix Steven-Miller Dodge Challenge) has been declared the race winner by Trans Am Series presented by Pirelli officials.

Trans Am Chief Steward Dorsey Schroeder and Operating Steward Steve DeBrecht investigated the driving conduct displayed and exhaustively analyzed all of the available evidence including video analysis, corner worker statements and feedback from all affected parties of the incidents that led up to the final contact between the No. 81 of Thomas Merrill and No. 92 of Scott Lagasse Jr.

As a result of this investigation, Merrill’s results from the VIR race were disqualified.   He also received a one-race suspension and will be probation for one year for violating Trans Am rules regarding reckless driving and unsportsmanlike conduct.

Lagasse Jr. has received a 40 second drive through equivalent penalty for failing to leave racing room and was placed on probation for the remainder of the Trans Am season.

Miller was declared the race winner, with his teammate Dillon Machavern moving to second in the No. 77 Ford Mustang, with Misha Goikhberg in the No. 10 BC Race Cars / Chevrolet Camaro moved up to third.

There were two passes that took place ahead of the contact between Merrill and Lagasse Jr., with Trans Am officials determining that both drivers failed to deliver the driving standards as expected by the rules.

“Both passes were deemed ‘Dive Bomb’ passes that relied on the situational awareness and self-preservation of others to be remotely successful,” said Schroeder. “Both of the passes in question denied the cars being passed sufficient racing room past apex to track out.

“As the overtaking driver, the bulk of the responsibility for executing a clean pass lies with No. 81,” Schroeder continued. “The movements of car No. 92 on the approach to the incident, while a likely contributory factor, do not absolve No. 81. In this case, No. 81 did not fully present and achieve sufficient overlap.

“No. 81 had the most control over the situation and could have mitigated the consequences, but instead chose to stay full throttle while turning left with enough force to end up on the opposite side of the track after spinning the No. 92 before subsequently coming out of the throttle. Aero effect, the side draft and the subsequent instability at that speed has been considered as a potential contributing factor to the steering inputs from both cars but does not relieve the responsibility from the No. 81.”

“The bottom line this level of aggression is not healthy for the series or the sport in general,” said the former Trans Am champion turned Chief Steward Schroeder. “Cooler heads and better judgement is required for continued participation and future success for either party.”

Miller continues to lead the season-long championship with 295 points followed by Rafa Matos in second, heading into Round 11 at Circuit of the Americas Oct. 4-6.