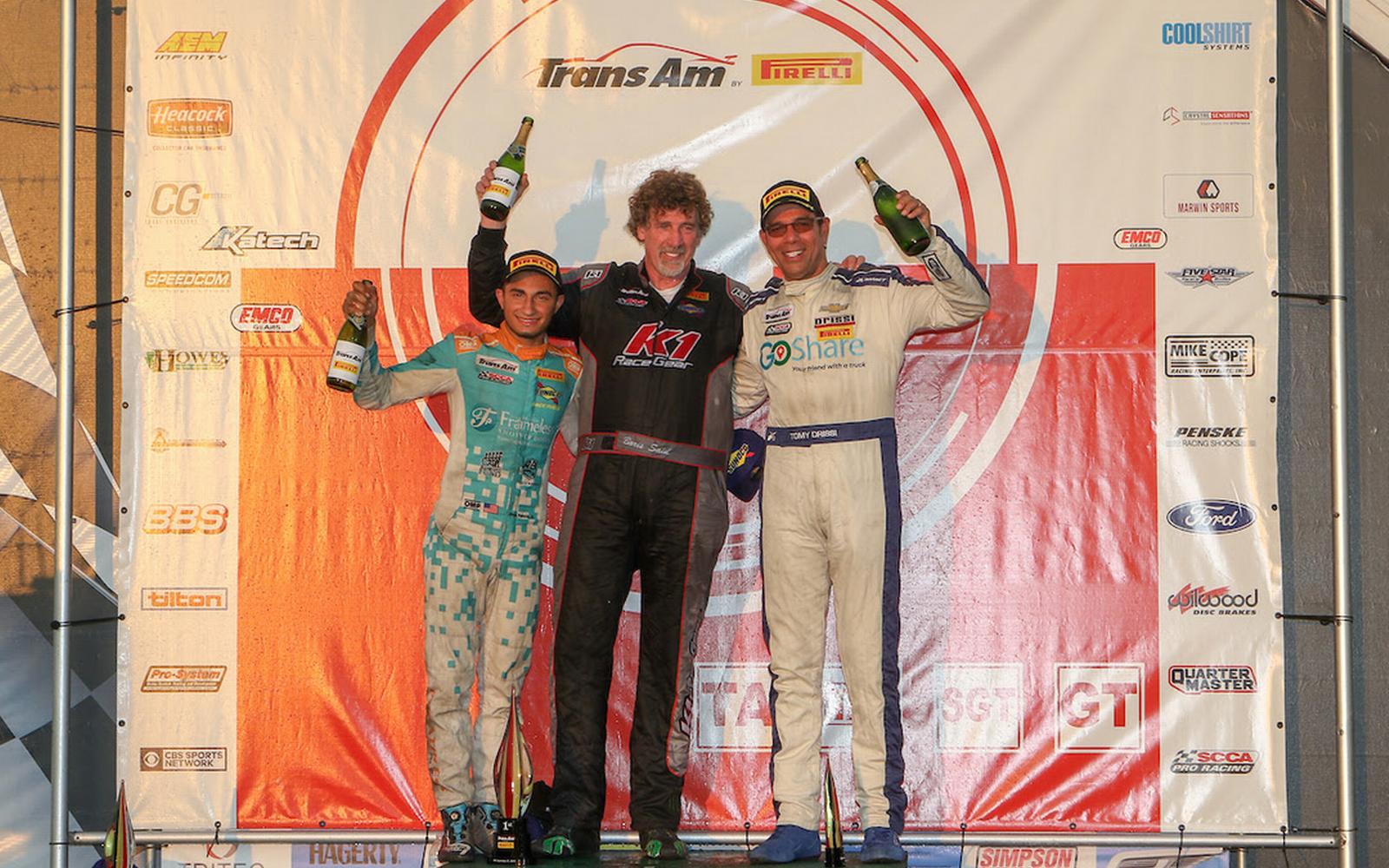 Alton, VIRGINIA - September 22, 2019 - Tomy ‘The Rockin' Moroccan’ Drissi kept up his fine record this season with back-to-back podium finishes since returning from injury. At the Trans Am class 100-mile feature race Saturday afternoon at Virginia International Raceway, Drissi's smooth drive meant he was able to take full advantage of the troubles of his competitors to improve from P5 on the grid to P3 at the checkered flag. It was Tomy's fourth podium finish of the 2019 Trans Am presented by Championship season from the six races he has started to date.

The stunning looking No. 8 Lucas Oil Slick Mist Chevrolet Camaro piloted by Tomy Drissi performs as effectively as its appearance suggests, and has been very quick all season. The Burtin Racing team prepared car confirmed its competitiveness in the early testing at VIR and underlined the Angeleno driver's pace. A time of 1:46:732 in Test session 1 was lowered to 1:46:177 in session 2, making the 2009 Champion the fastest man on the track. Official practice saw Drissi further lower the bar to 1:45:516 before he registered 1:45:029 in qualifying to put him on the third row of the grid.

After the drama of the morning's TA2 class race, Trans Am Chief Steward Dorsey Schroeder had little to do in Round 9 of the prestigious TA Class, which saw pole sitter Chris Dyson pit early with an electrical problem before Boris Said then held the lead all the way to the line.

After scoring another 25 Championship points, Tomy expressed himself satisfied with the weekend's events, while his sights remain firmly set on that elusive first win of 2019, "I left a little bit in qualifications out there. Left me with the starting position of fifth. Things were settling in and I was chasing Ave and Francis when out of nowhere Dyson had a problem - he was definitely the fastest car out there and I feel bad for him. Ave was running really good too. Congrats and very happy for Boris and Pancho Weaver to get the win with the new car. I know they have been pushing hard. Good job to the Burtin team and thank you Lucas Oil the Slick Mist car was fast!"

The spectacular Formula One Circuit of The Americas is the next port of call for the Trans Am roadshow before the traditional season climax at Daytona. With Trans Am back on our screens on CBS Sports, it promises to be a high octane end to the season.