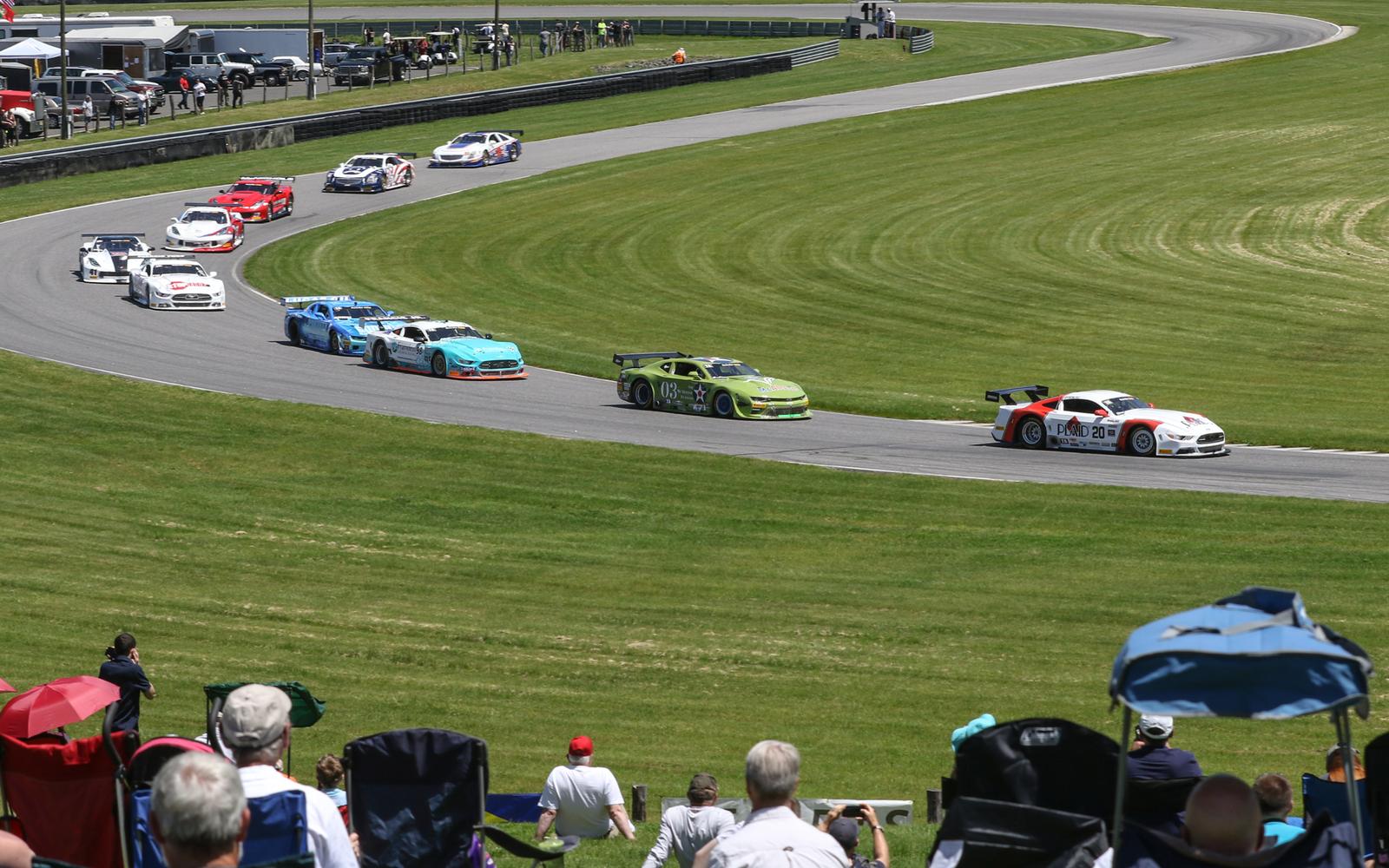 
Lakeville, Conn.  (27 May, 2019) – A true Cinderella story unfolded on Monday at Lime Rock Park after Chris Dyson claimed the Trans Am presented by Pirelli victory in the No. 20 Plaid Ford Mustang.  Ernie Francis Jr. recovered from an early-race setback to claim a hard-fought second place result ahead of Josh Hurley to complete the podium as Trans Am returned to the traditional Memorial Day weekend event at Lime Rock Park.  Tomy Drissi  (No. 8 Godzilla King of the Monsters / Chevrolet Camaro) scored fourth at the finish, with Paul Fix (No. 4 Ave Motorsports / Ford Mustang)  crossing the line fifth.

Starting from the pole,  Dyson never surrendered the lead to claim his first TA victory of the season following 100 miles of flat out racing, just days after suffering a crash in sprint car competition.

Dyson, unsure if he was going to be medically cleared to participate following a wreck in the Hoosier 100 on Thursday that sent him to the hospital, slipped on the glass slipper to seize the points lead in the tight TA championship, making for a perfect ending to his fairytale weekend.

“To think two days ago I was laying in a hospital bed, not knowing if I was going to make it here,” said Dyson. “I told my dad they were going to have to tie me to this bed if they’re going to keep me from racing in Lime Rock. Luckily I was cleared to race because this might be my biggest career win. It’s so special to see all my friends and family members waiving as I drive by, it’s just a fantastic feeling.”

Starting from pole, Dyson didn’t shy away from unleashing the 850+ horsepower around the tight Connecticut circuit that’s knowns as road racing’s bullring. 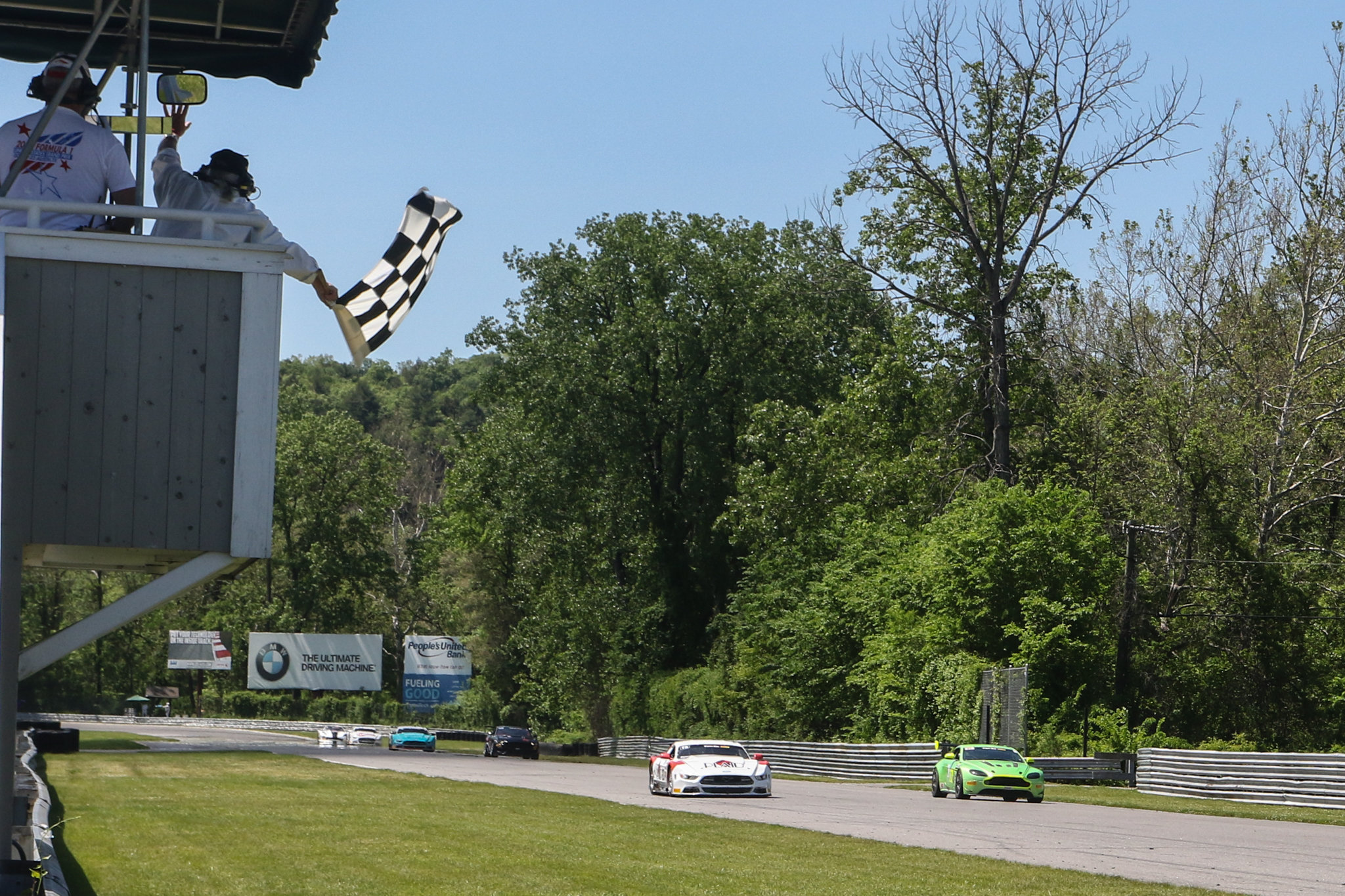 Muscling his way through traffic, Dyson started to build a gap from Hurley in the No. 03 McAleese and Associates Chevrolet Camaro, who was pressuring the hometown favorite for the lead.

“I was just waiting for Chris to make a mistake, and the mistake never came,” Hurley said. “I got caught in traffic. This course is basically an oval in the woods  with limited areas to pass. Lapped traffic played a huge role in the outcome and traffic just didn’t fall into my favor.”

Starting from Row 2, Hurley got the jump on Ernie Francis Jr. in the No. 98 Frameless Shower Doors Ford Mustang entering Turn 1 to take second. Francis Jr. tailed Hurley, waiting for the perfect opportunity to attack. But it was late-race lapped traffic that allowed the defending TA champion to pay back Hurley, reclaiming P2 with four laps left in the race. The podium finish edged Francis back into championship contention, only trailing the newest championship leader Dyson by eight points.

“It felt like a Late Model Race out there,” Francis Jr. said. “We were never a single lap without traffic. Never a lap where we were trying to get around a car and figure out a way to go. It’s really tough to pass here. Every time Josh and I caught up to traffic it was a battle on who could get around it quickest. We came up to a large group near the end of the race and I was able to get through the hole the fastest. The podium really came down to who could work traffic the fastest.”

The race featured three classes of competition, with SuperGT and GT machines sharing the track with the high-horsepowered TA class entries. 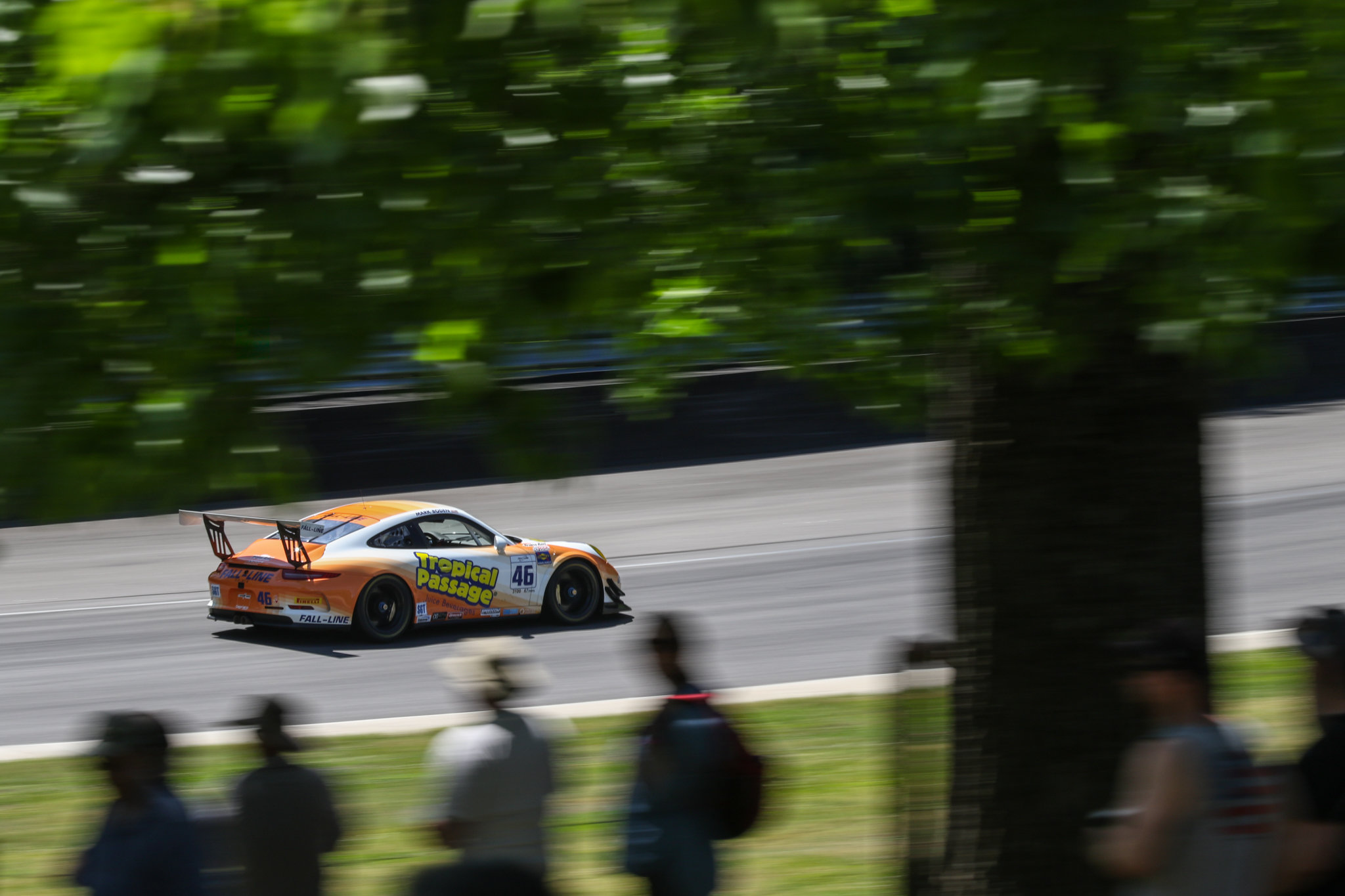 In a perfect balance of battling competitors while watching for the TA traffic in his mirrors, Fall Line Motorsports driver Mark Boden went flag-to-flag in the SGT class race for his first win of the season in the No. 46 Beverage Flavors International / Porsche 991 GT3 Cup .

Brian Kleeman in the No. 07 DWW Motorsports/ExpoIT/Forgeline / Ford Mustang SGT took second while Adrian Wlostowski in the No. 96 F.A.S.T. Auto / Ford Mustang found himself on the bottom step of the podium in third.

“It’s awesome to win here at Lime Rock Park,” said Boden. “The set up to the car was great and the whole crowd here is wonderful. It was hot out here and the Pirelli tires held up for me to finish on top.”

In a near perfect drive, Steven Davison wheeled his No. 22 Davinci Plastic Surgery / Aston Martin Vantage to score the GT class victory. 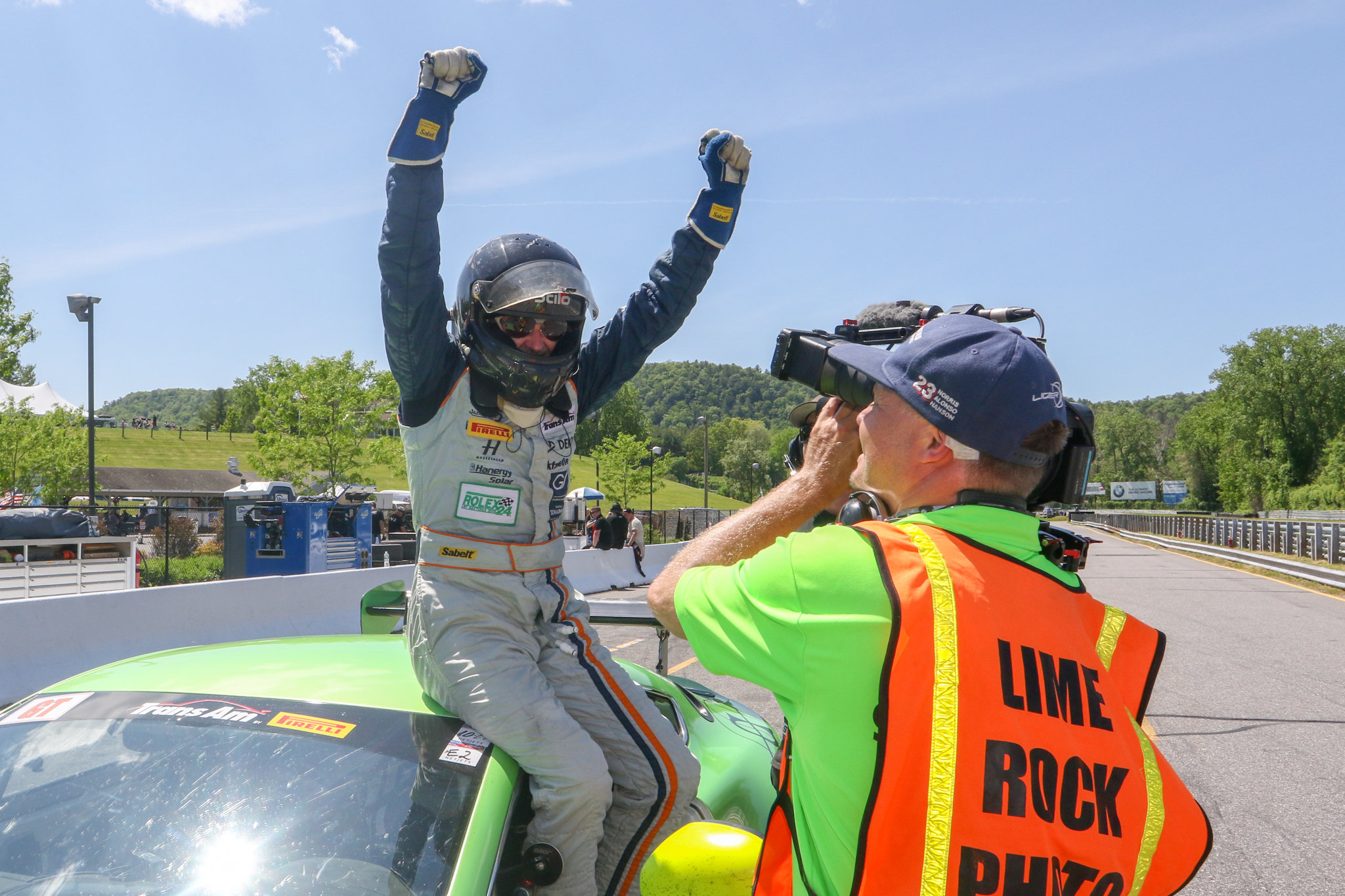 “Sometimes surviving is winning, and that was today,” said Davison. “I am happy to be here and these fans here at Lime Rock are some of the best in the country.”

Kerry Hitt won the Masters award in the TA class following a 10th-place finish in the No. 19 Advanced Composite Products Inc. Cadillac CTSV.

As the winner of the TA class round, Dyson took home the $500 EMCO Gears Top Gear Award, while Hurley received the Cool Shirt Cool Pass of the race award for his big move on the way to the podium.

The TA, SGT and GT drivers have a two month break before returning to the prestigious Indianapolis Motor Speedway August 1-4. For full results, standings a weekend photos, visit GoTransAm.com. The TA2 powered by AEM machines will stage a double header event in Detroit this weekend as part of the combined IndyCar and IMSA WeatherTech event weekend.