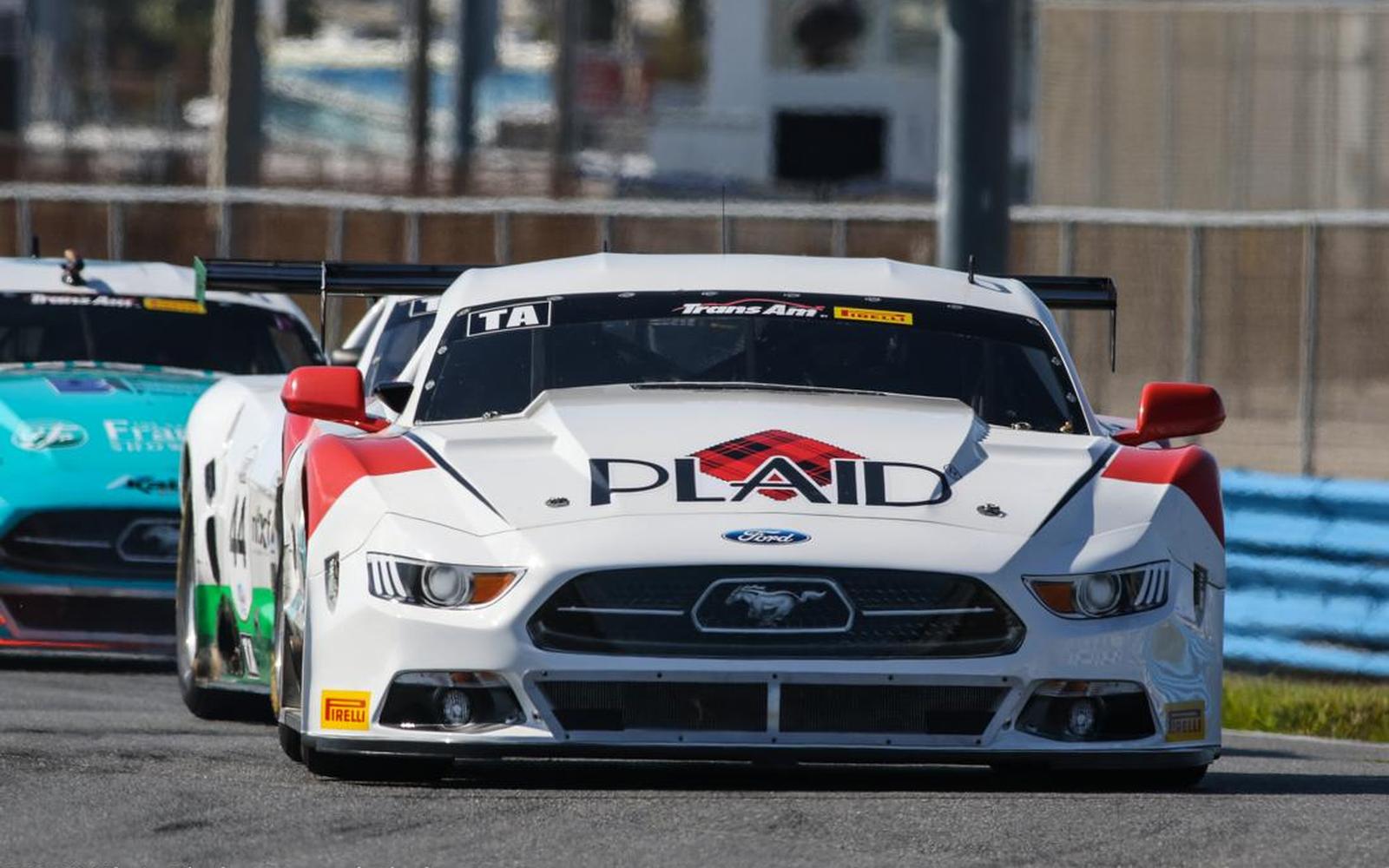 POUGHKEEPSIE, NY (November 8, 2018) – Chris Dyson’s opportunity to dethrone defending Trans Am series champion Ernie Francis, Jr. may have closed over the last few races, but when the green flag drops for the start of Saturday’s 2018 Trans Am Series presented by Pirelli season finale, Dyson's attention will be focused solely on winning the 100-mile series finale.

Bouncing back with a strong runner-up finish last weekend at Circuit of the Americas in Austin, TX, after a pair of races spoiled by mechanical issues, a victory for Dyson in Florida aboard his Plaid Enterprises Ford Mustang is a realistic goal. Though he’s already clinched the series' Rookie of the Year award, Dyson currently is third in championship points behind both Francis and Lawrence Loshak. The championship is out of reach; Francis has a 37-point lead with only 35 points available for sweeping pole, laps led and race win. But Loshak is just 15 points ahead of Dyson, so second in the championship is a distinct possibility.

“Burtin Racing has given Lawrence a fast car, so I know it’s a bit of an uphill battle to overtake him” Dyson said. “But over the course of an 11-race season everyone will have their share of good days and bad ones, and this season I’ve had both kinds. All I can do is focus on winning the race on Saturday. I think last weekend demonstrated we’ve got our mechanical issues sorted out and we have the car going fast enough to win."

The season that began eight months ago, also in Florida, has been an up-and-down one for Dyson. It began on a promising note with a second-place finish in the season-opener in March at Sebring followed by a convincing win later in the month at Road Atlanta. Dyson was a front-runner at every race that followed, but podium finishes (in five of the ten races to date) have been punctuated by a combination of on-track incidents and mechanical gremlins.
“It has been a roller-coaster year here,” Dyson said. “I was optimistic about our chances for the championship as we started the summer, and then we had a few tough races with on-track contact. But we put ourselves back in contention with a second-place at Road America at the end of August.

“We then qualified well at both Watkins Glen and Virginia (International Raceway) but had gearbox and power-steering issues in the events that cost us laps and made it impossible to drive the car hard,” Dyson noted. “Those (9th and 13th-place) finishes were really disappointing and they dropped us back in the point standings. Coming back to finish second after an excellent race with Ernie at COTA has put the team in a better place going into Daytona – and certainly a better mindset."

Dyson said he is favorably impressed with the Trans Am Series, listing the most positive factors as the closeness of the competition, the impressive performance of the 800-plus horsepower cars and a sense of community in the paddock.

“I’ve truly enjoyed being part of the Trans Am Series this season, and having a chance to run full-time in a road racing championship again” Dyson said. “I won’t be making final plans for 2019 for a while, but we have learned an incredible amount this year and we now have a great base of knowledge for the future here. I am thrilled to be back racing at Daytona and in these cars we should put on a terrific show."

Headquartered in Atlanta, Plaid Enterprises, Inc. is one of the world's largest, most diverse manufacturers of creative do-it-yourself products. Plaid’s product innovation and dedication to the ever-changing needs of consumers have made the Plaid family of products among the most recognized and desired brands worldwide.

Founded in 1976, Plaid began as a publisher of how-to craft books. The company soon expanded into manufacturing, with paint becoming the primary focus. Today, Plaid is the industry's leading small batch paint manufacturer, proudly producing paint in its facilities located outside of Atlanta, GA.
Notable brands in Plaid's portfolio include FolkArt, Apple Barrel, Delta, Bucilla, Martha Stewart Crafts, and one of the industry's best known, Mod Podge, a favorite since 1967.