Ave and Matos Open Daytona Weekend Atop Trans Am Charts

Daskalos and Napieralski lead TA3 and TA4 in Practice

Leading the way was 2010 and 2011 TA class champion Tony Ave with a 1:44.531, more than a full second faster than his nearest competitor.  Ave makes his return to TA class competition this weekend in the No. 4 Cybersight/ Ransom-Stopper Chevrolet Corvette--his most recent previous class appearance coming at Brainered International Raceway in 2017.  More recently Ave has plied his trade in the TA2 class, including a second place finish at Virginia International Raceway just two rounds ago.

Ave’s speed in a TA machine should come as little surprise to longtime fans of the Trans Am Series.  The veteran owns the Trans Am record for most consecutive fast qualifiers in the TA class and has a total of 32 poles across his series career, the vast majority of which came in the TA division.

Following Ave in the class was Lawrence Loshak, in the No. 2 Pennzoil/ ETE/ GoShare Chevrolet Camaro, with a 1:46.099, while 2012 champion Simon Gregg, in the No. 59 Derhaag Motorsports Chevrolet Corvette, completed the top three with a 1:46.620. 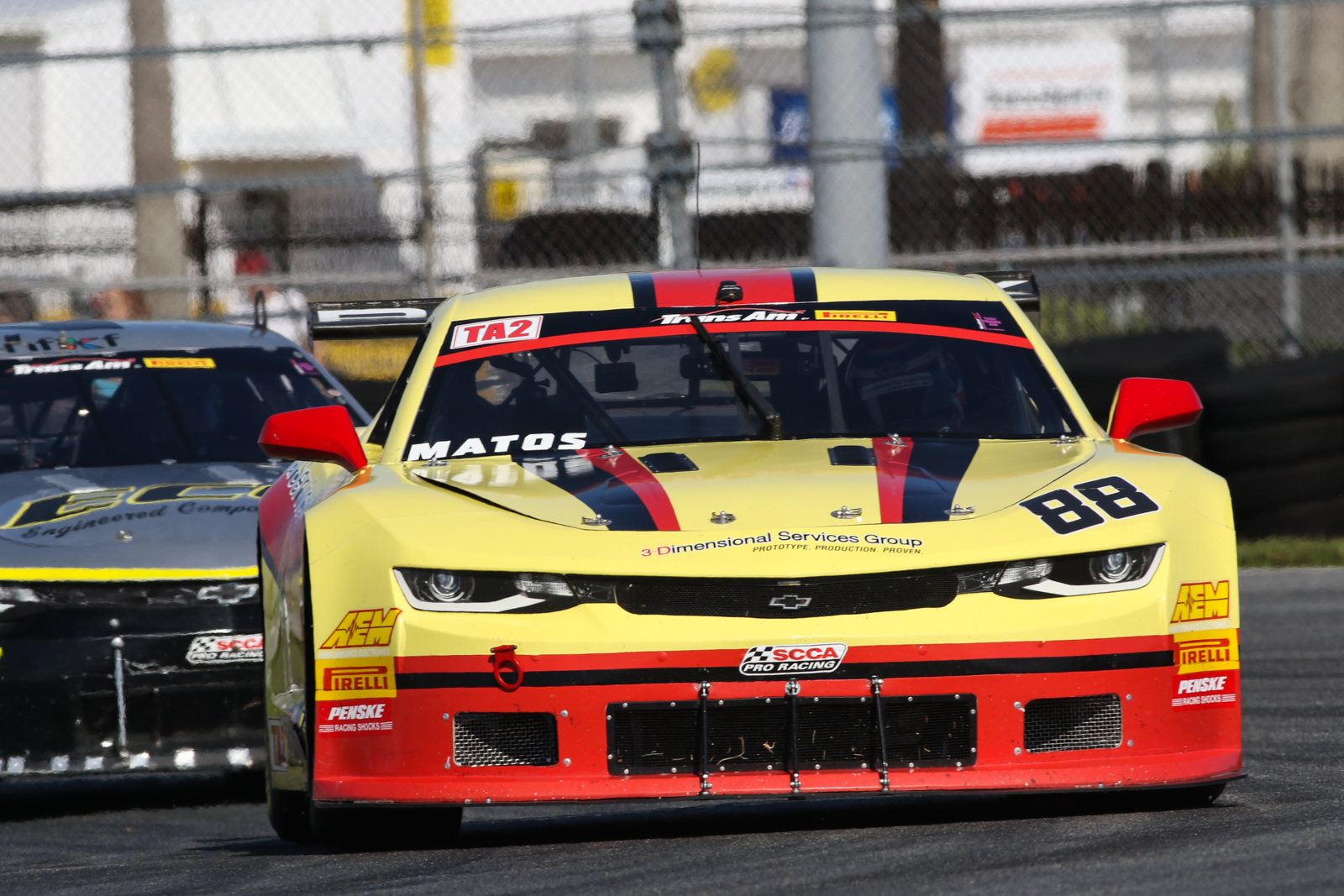 In TA2, Rafa Matos and the No. 88 3-Dimensional Services Chevrolet Camaro showed little sign of complacency despite having the 2018 title in hand, leading the way in the 21-car TA2 field with a 1:50.995.

The accolades for Matos and the Coleman Motorsports team this season are numerous, with the No. 88 capturing eight podium finishes, including five victories and three poles throughout the 2018 championship.  Now at Daytona, Matos and the No. 88 have one more opportunity to add to an already stellar haul this season. 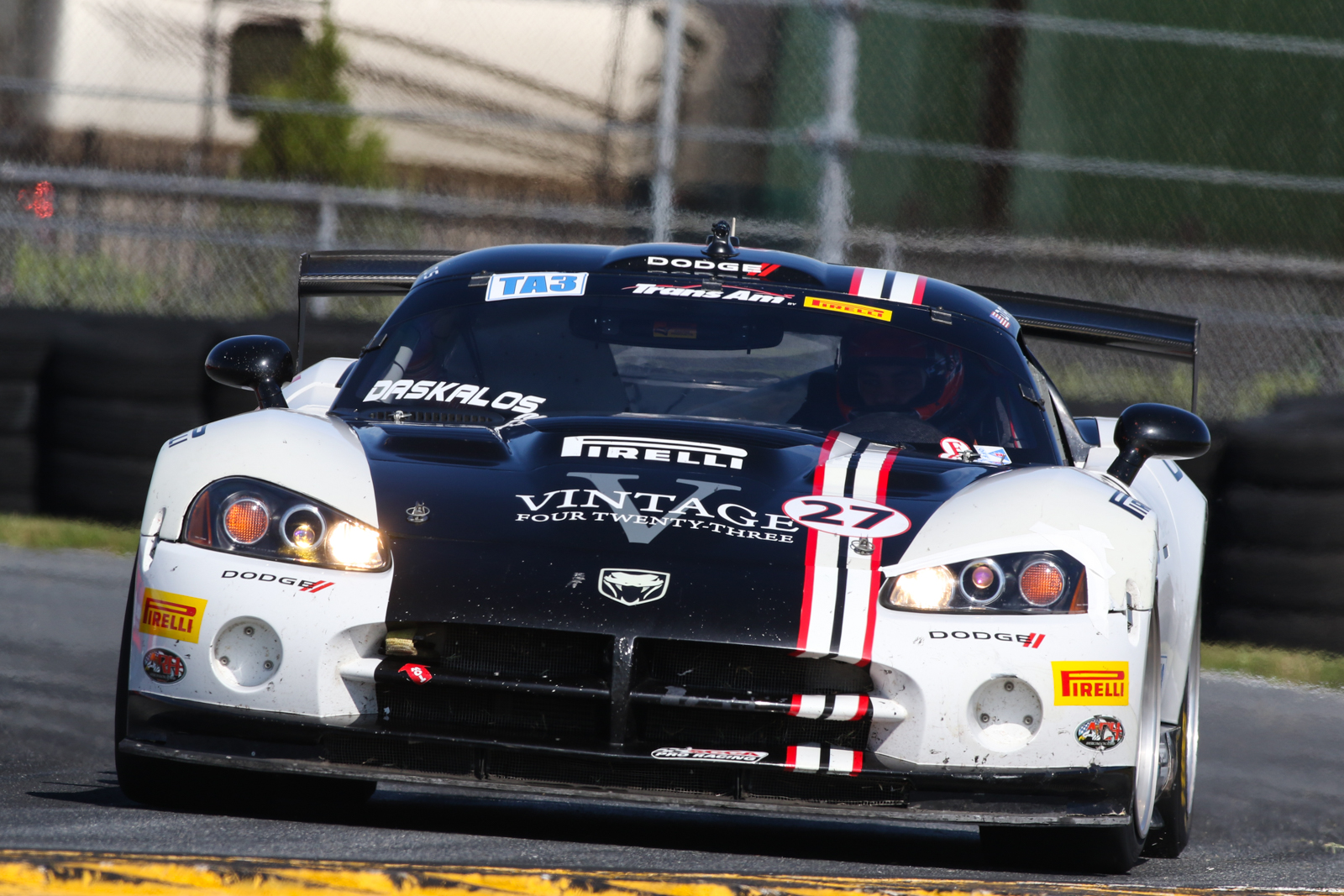 In TA3 Jason Daskalos showcased the power of his No. 27 Vintage Four Twenty-Three Dodge Viper’s V10 engine on the banks of the speedway with a 1:54.225 lap, easily topping the production class charts.

Defending TA3 champion Mark Boden, in the No. 46 Fall-Line Motorsports Porsche 991 GT3 Cup, was second quick with a 1:57.562.  Boden enters the weekend nine points behind current championship leader Alline Cipriani and is eager to make up ground in his title defense.

Dave Ricci, still vying for a year-end top three finish in the No. 71 Florida Roadway Signs Chevrolet Camaro, was third quick in class with a 1:59.252, just ahead of the 1:59.413 set by Tom Herb, rivaling Ricci for the position in the No. 16 Fall-Line Motorsports Porsche 991 GT3.

Todd Napieralksi, in the No. 39 Chevrolet Perfomrance/ SKF/ BSP Chevrolet Camaro, was the only member of the TA4 class to participate in the session, turning a 2:01.637.

Competitors were only able to complete a maximum five laps during the 30-minute session due to two “black flag all” conditions due to, first, the No. 11 of Brian Swank stopped after contacting the wall at six, and, second, the No. 74 of Blain Perkins stopped in turn two after contacting the wall as well as a report of smoke from the No. 2 of Lawrence Loshak in turn seven.  Both drivers of the No. 11 and 74 were transported to medical for observation and released.

Trans Am will return to the sports car course at Daytona International Speedway later today for additional practice sessions commencing at 4:30 PM ET.