SONOMA, CALIFORNIA (23 August 2020)- Greg Pickett was in a league of his own Saturday during the Trans Am Series presented by Pirelli West Coast Championship race at Sonoma Raceway.

With a race pace that saw him nearly lap the entire field in his signature white and metallic blue No. 6 Pickett Racing Ford Mustang, Pickett claimed the checkered flag 1:36.995-seconds ahead of second-place overall finisher Simon Gregg. The dominant victory marked Pickett’s fifth Trans Am win at Sonoma since 1978. 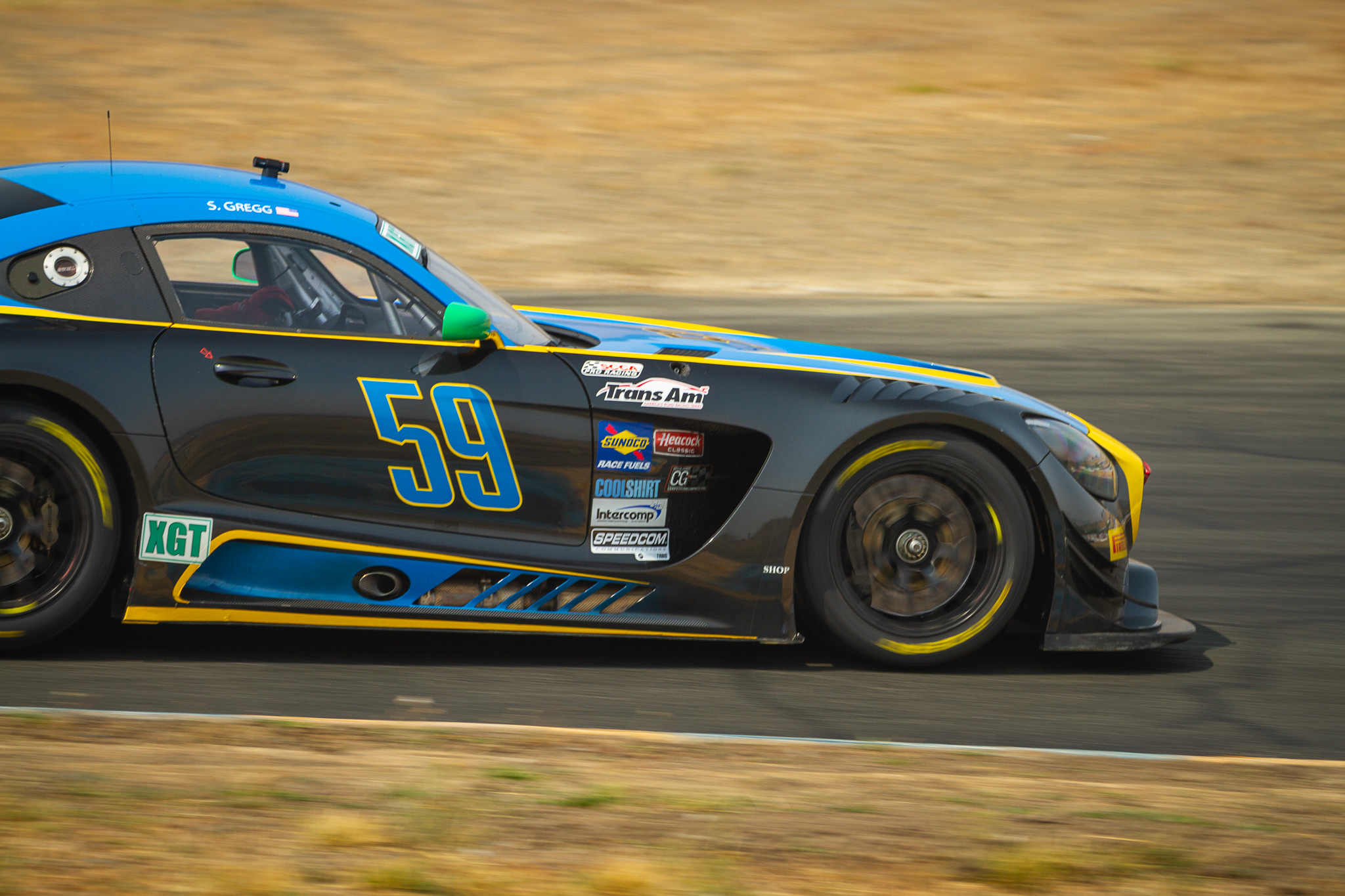 While the California native was proud of his undefeated season so far, he became overwhelmed with emotion when talking about the tremendous impact being felt by many as wildfires rage in several regions of California including in Sonoma County.

“I am just out here getting to play with my race cars, and I really thank Sonoma and Trans Am for that,” said Pickett, “The people on the front lines saving people’s lives, saving their homes, saving their property, my hats off to you. I am deeply grateful for all of your sacrifices.”

The only car left on the field that wasn’t passed by Pickett was Gregg’s No. 59 Gregg Motorsports Mercedes AMG GT3, although Pickett looked to be on pace to overtake Gregg all the way to the close of the race. Managing a returning rotor failure in the final legs of the all-green race, the same one that also popped up in his practice and qualifying sessions on Saturday, Pickett started to lose RPMs and speed.

Finishing second overall but first in class, Gregg put his new Mercedes AMG GT3 back in the winner’s circle for the XGT class. 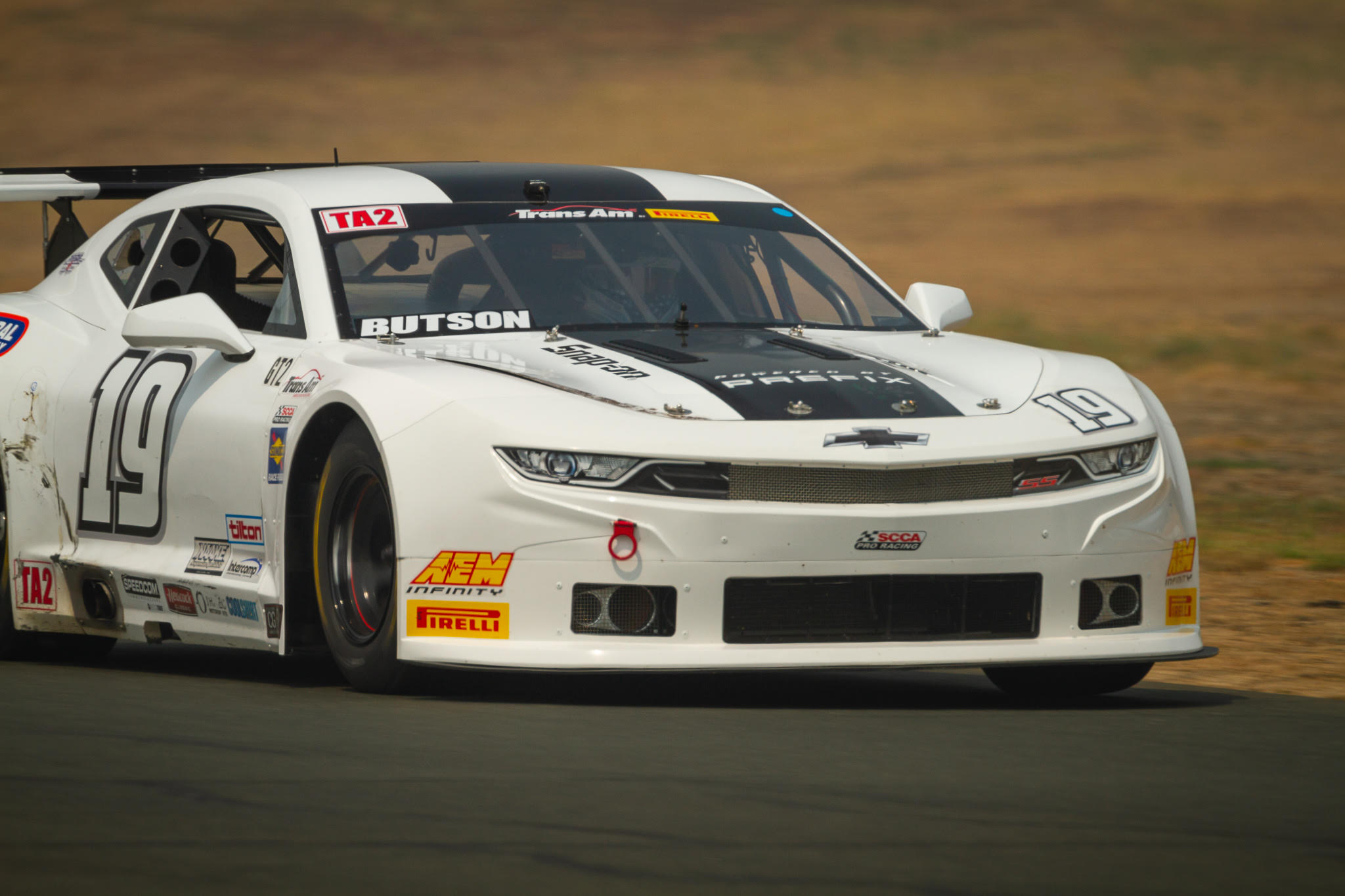 “The crew did an amazing job, and the Mercedes handled great,” said Gregg, who recently moved to the Mercedes GT3 platform for Trans Am competition. “I couldn’t quite keep up with Greg (Pickett) today, but I did enjoy my time out on the race track. The XGT class is new to Trans Am and I think anyone with this type of car should give a serious look into running with us, because they won’t find a better place.”

Racing from pole-position, TA2® powered by AEM rookie Matthew Butson (No. 19 Butson Racing Chevrolet Camaro) mastered the Sonoma circuit early, checking out from the other drivers to take his maiden victory by more than 30-seconds ahead of second-place finisher Nick Rosseno.

“Butson Racing gave me a great car,” said Butson. “We had a fast car and everything went our way today. We couldn’t be happier with our first Trans Am win.”

Starting sixth, Rosseno (No. 33 BurrtecWasteIndustries/AMSOIL Chevrolet Camaro) weaved his way through traffic, slotting into second.  Chipping away at Butson, Rosseno’s pace started to fade as he fended off an advancing Anthony Honeywell (No. 76 Honeywell Competition/TFB Chevrolet Camaro).
Honeywell qualified third, but flat-spotted two tires along the way. 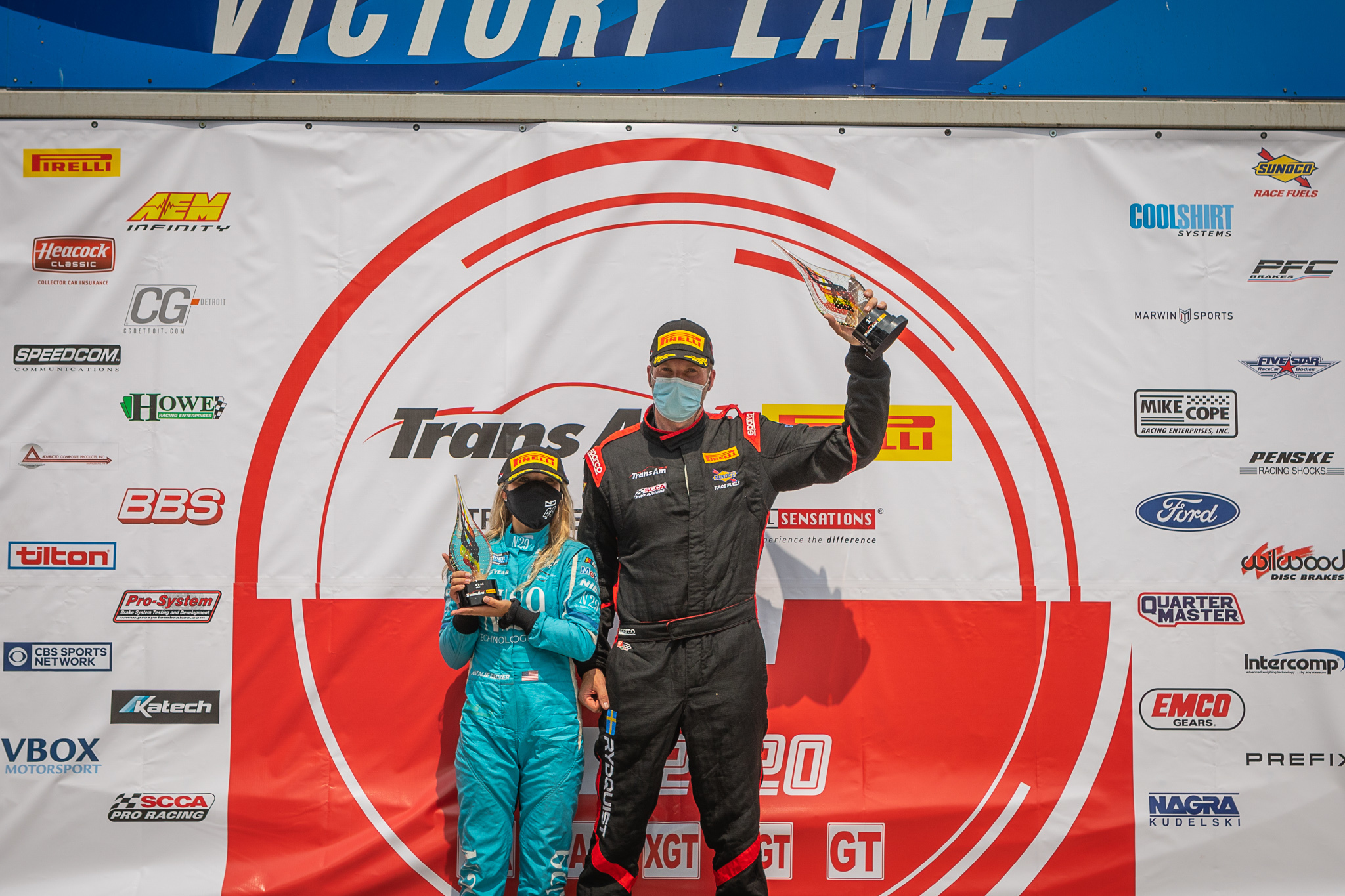 His team elected to change up to a fresh set of Pirelli stickers for the race, although that meant he had to give up the qualifying spot to do so.

Starting from the back of the TA2® field, Honeywell made contact with another driver mid-way through the race, spinning to the back to where he started the race. Honeywell went back to work, racing back into podium contention to score third at the finish. However, he was issued a 40-second penalty post-race for the early-race contact, which Trans Am officials deemed avoidable. The last podium position was claimed by TA2® season debutant Rudy Revak (No. 63 Nelson Motorsports Ford Mustang).

Joe Bogetich played a risky strategy not qualifying on Saturday in effort to save on tires for the 100-mile race. His gamble paid off, as he wheeled the No. 65 Westover Corporation Chevrolet Camaro to another class GT win.

Beau Borders started on pole in the No. 7 APEX Race Parts Ford Mustang and diced hard with Bogetich until the mid-mark of the race. Borders suddenly slowed on course and had to nurse an overheated Mustang back to pits, ending his day prematurely. 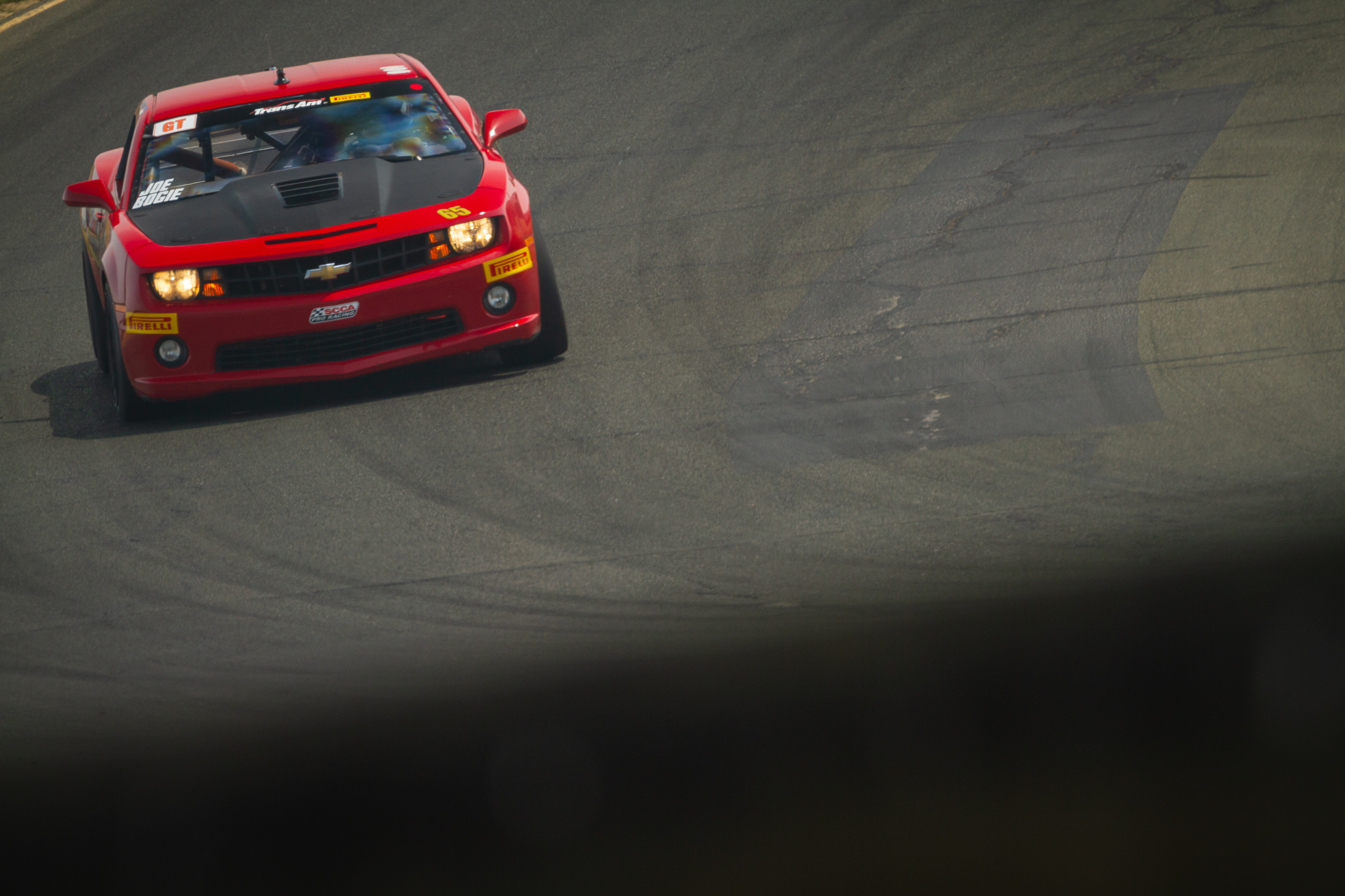 Michele Abbate (No. 30 Grr/Scosche/PRYDE/Scrubblade  Chevrolet Camaro) earned the Cool Shirt Cool Move of the Race for her continued improvement over her rookie season. Abbate finished fifth in the TA2® class at Sonoma and fourth in the season opener at Thunderhill.

Portland International Raceway will stage Round 3 for the Trans Am Series presented by Pirelli West Coast Championship, joining the SpeedTour over Labor Day Weekend, September 5-7. For more information visit GoTransAm.com.