Despite running on only seven cylinders, Francis turned a lap of 59.205-seconds in the No. 98 Future Star Racing Breathless Racing Ford Mustang to capture his second pole of the season and 49th of his career – 21st in the lead TA category. 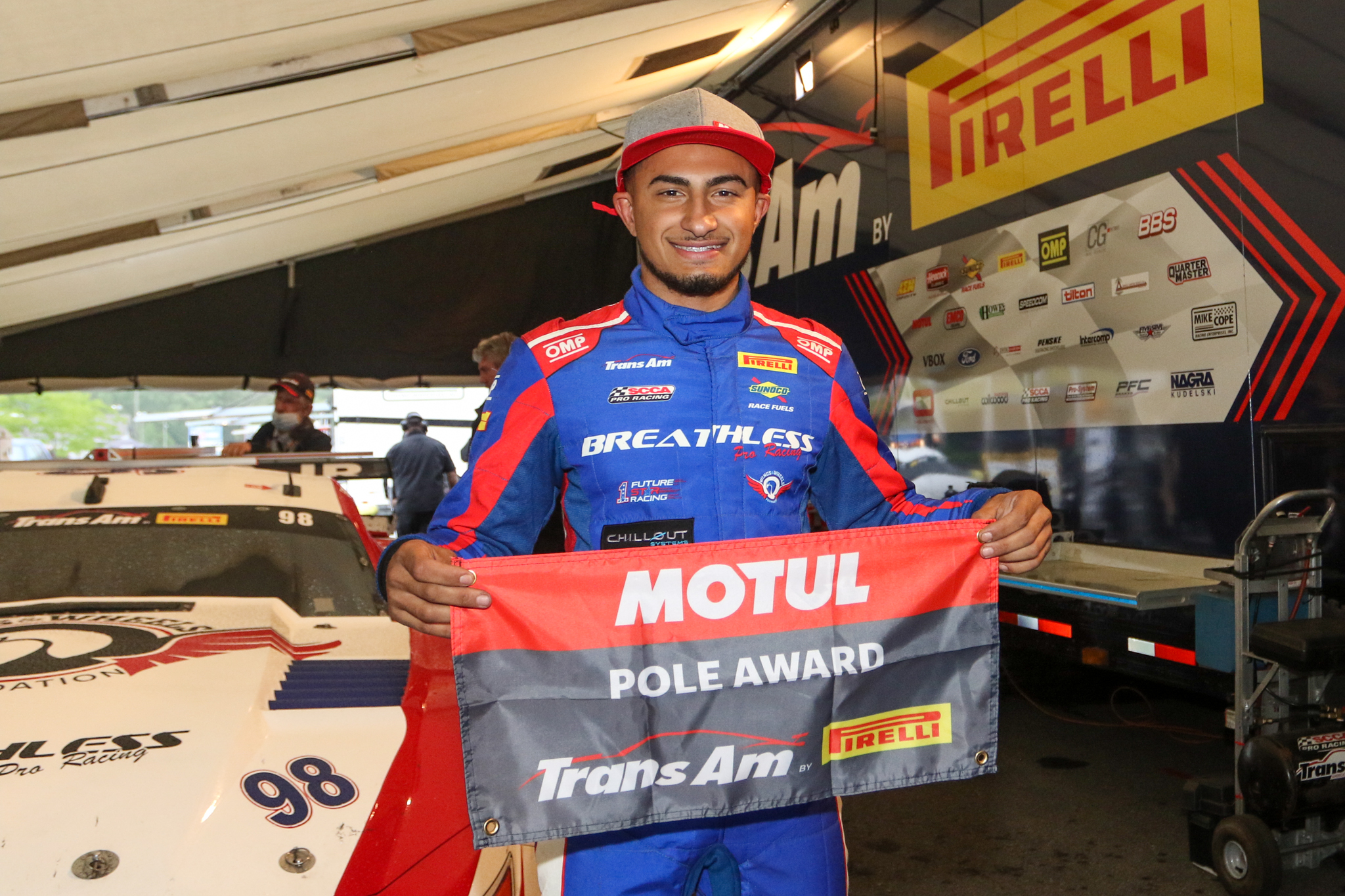 "Qualifying went well, we are always good in the rain," said Francis Jr. "The car might have helped us out a little bit, we were down a cylinder for that run. It seemed to help us not spin the tires too much coming around the track. So it seemed to work out, but that's something that we will have to fix before tomorrow. We got pole, we are very happy with that, and great to get those extra points toward the championship. Hopefully, we can extend that lead tomorrow."

Dyson put his extensive Lime Rock Park knowledge to work early in the challenging conditions, turning a best lap of 1:00.051-seconds in the No. 20 ALTWELL CBD Ford Mustang. Prior to qualifying, Dyson unofficially eclipsed his two-year-old record on the 1.478-mile Classic Course with a lap of 49.951-seconds on a cool, dry track.

"We did our normal changes to the car that have worked pretty well for us in the past," said Dyson, a resident of nearby Poughkeepsie. "The balance was pretty good, but unfortunately my visibility was really, really bad. I just could not see out there, so I did the best time. I thought that was good enough to hold, and I came in. Then Ernie went a fraction quicker that next lap. I thought we could go out and try to improve, but the track was getting worse, and the session got flagged prematurely.

"Growing up here, I've seen this place in all kinds of conditions, and I was surprised how well the track was draining today," Dyson continued. "I'm hoping the rain goes away tomorrow for us to have our fans, friends and family out in dry weather. Either way, we will put on a great show."

Sports car veteran Andy Lally will start third in the No. 21 Dyson Mustang, 1:00.077-seconds. Trying to improve his time, the Long Island native crashed in Turn 1, putting an end to the session three minutes early. Lally won in his lone TA start in 2017 at Watkins Glen International.

"I've never driven a Trans Am car in the wet before," Lally said. "I was very happy with the balance of the car, but we lost the windshield (fogged up from the inside) and I just couldn't see going into Turn 1. I missed my brake marker and just flew. Unfortunately, we went off on the outside of Turn 1, and tagged the wall enough to do a little left front fender damage.  We were pushing to go get pole and I was just too deep.

"I feel bad for the crew," Lally continued. "This is the first time in all the years racing for Dyson that I've done damage to the car. The team says the damage doesn't look too bad, so we will make it to grid tomorrow for the race."

Paul Fix II timed in fourth-fastest for his first start of the season, running 1:01.7890-seconds in the No. 4 StopFlex.com/Car 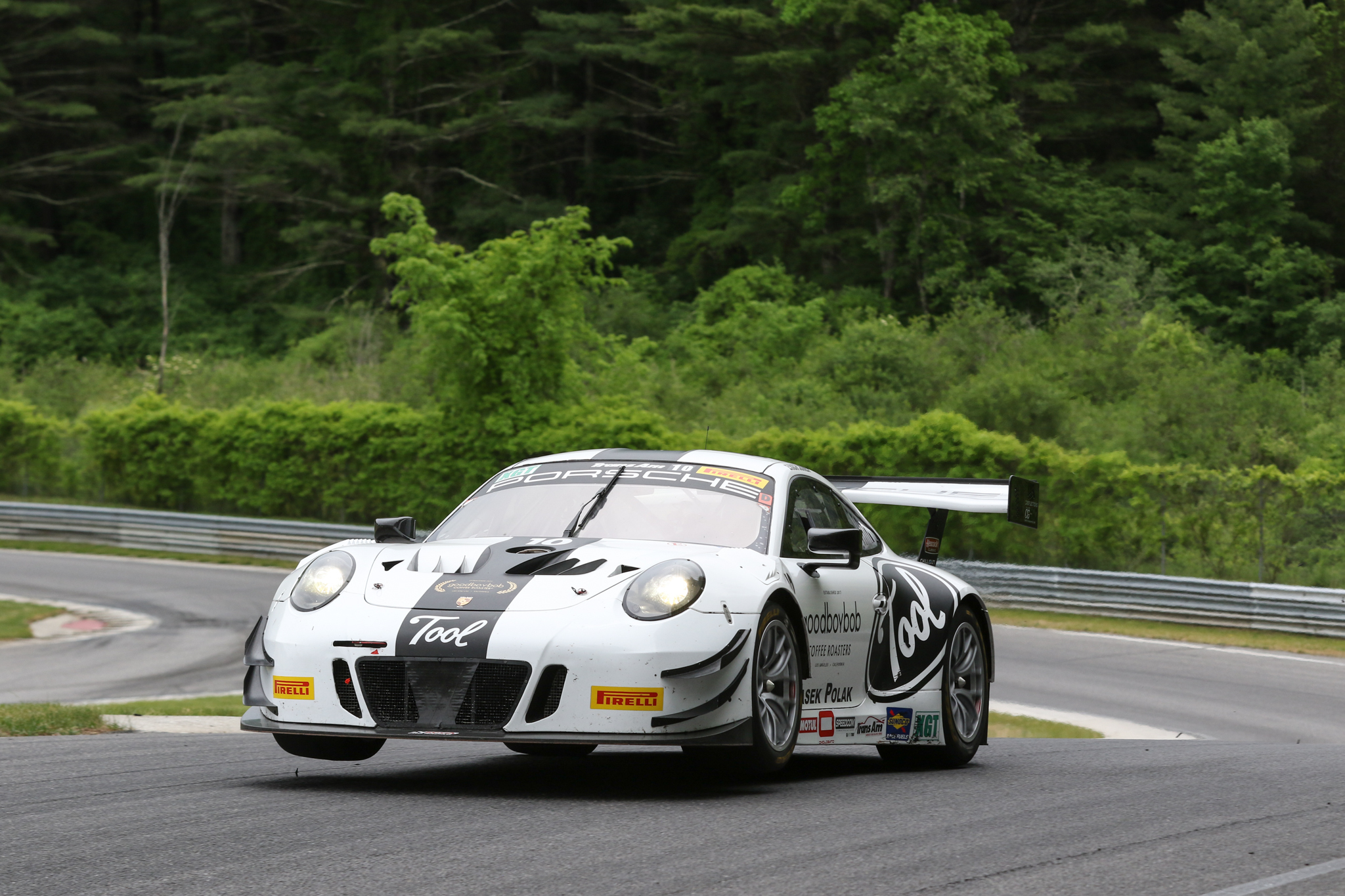 “It was like I never left,” said Fix, a native of upstate New York. “It’s a car I’ve raced in the past, and it felt very comfortable. I’ve never raced on the Pirelli rain tires before, so at first, it was a slow progression. I was trying to feel out the grip level and how fast I could go without taking risks. I had to be smart about reacclimating myself. Even though we just got a few laps in, I know it’s going to be a great day tomorrow.”

Erich Joiner was the XGT pole winner, turning a lap of 1:03.418-seconds in the No. 10 Good Boy Bob Coffee Roasters Porsche 991 GT3-R. It was his second-consecutive and fifth career pole in the category.

With SGT qualifying cancelled due to the conditions, Justin Oakes was awarded the pole by virtue of running the fastest lap in practice, 53.356-seconds in the No. 11 Droneworks Corvette. Oakes is a two-time pole-winner in 2021. Mike Phillips will start second in the No. 97 F.A.S.T. Auto Racing Corvette, followed by hometown driver Jason Berkeley in the No, 67 Falls Village Inn Corvette, the lone Pro-Am entry in the field.

Philip Di Pippo opted not to attempt qualifying, and will start from the GT class pole in the No. 94 Saasco Sports Ford Mustang. The Mattituck, N.Y. driver led qualifying in his lone Trans Am start earlier this year at Sebring.

Adam Andretti is expected to step in for Doug Peterson in Saturday’s opening TA2® testing and practice. Peterson, currently detained in Bora Bora, hopes to return to the No. 87 3-Dimensional Services Group Ford Mustang for Monday’s race. 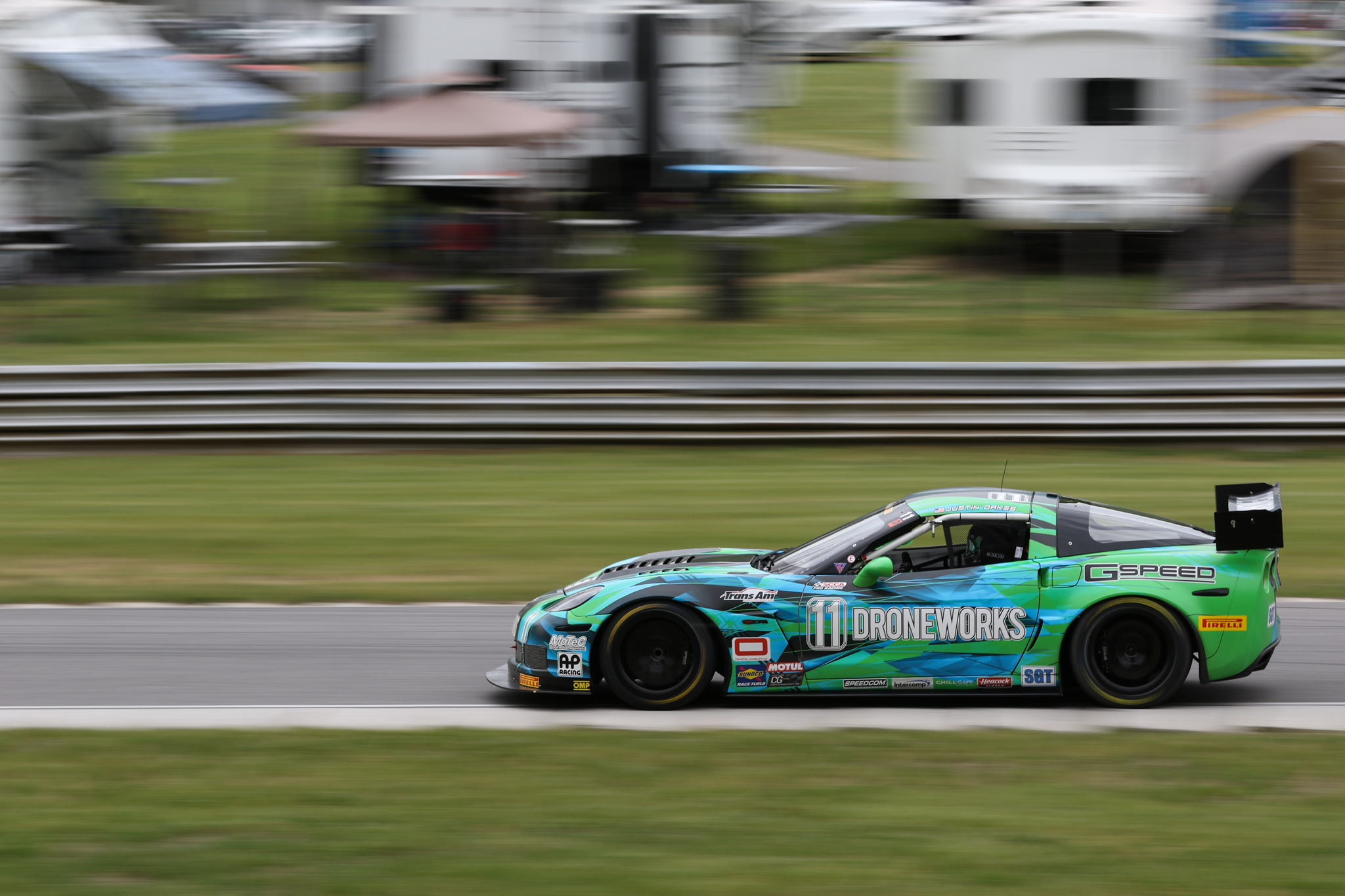 The TA/XGT/SGT/GT drivers take the green on Saturday at 1:20 p.m. Eastern for the 100-mile feature. A fan walk will be held on pitlane prior to the start of the race.

The Trans Am Memorial Day Classic concludes on Monday with a 100-mile race for the exciting TA2® category. Qualifying begins at 9:05 a.m. (all times ET) with the 68-lap race taking the green flag at 1:15 p.m.

The full weekend will be live streamed on the Trans Am by Pirelli Racing App. Download and subscribe: https://gotransam.com/news/Download-the-Trans-Am-by-Pirelli-Racing-App-to-Watch-Live-Events/70250