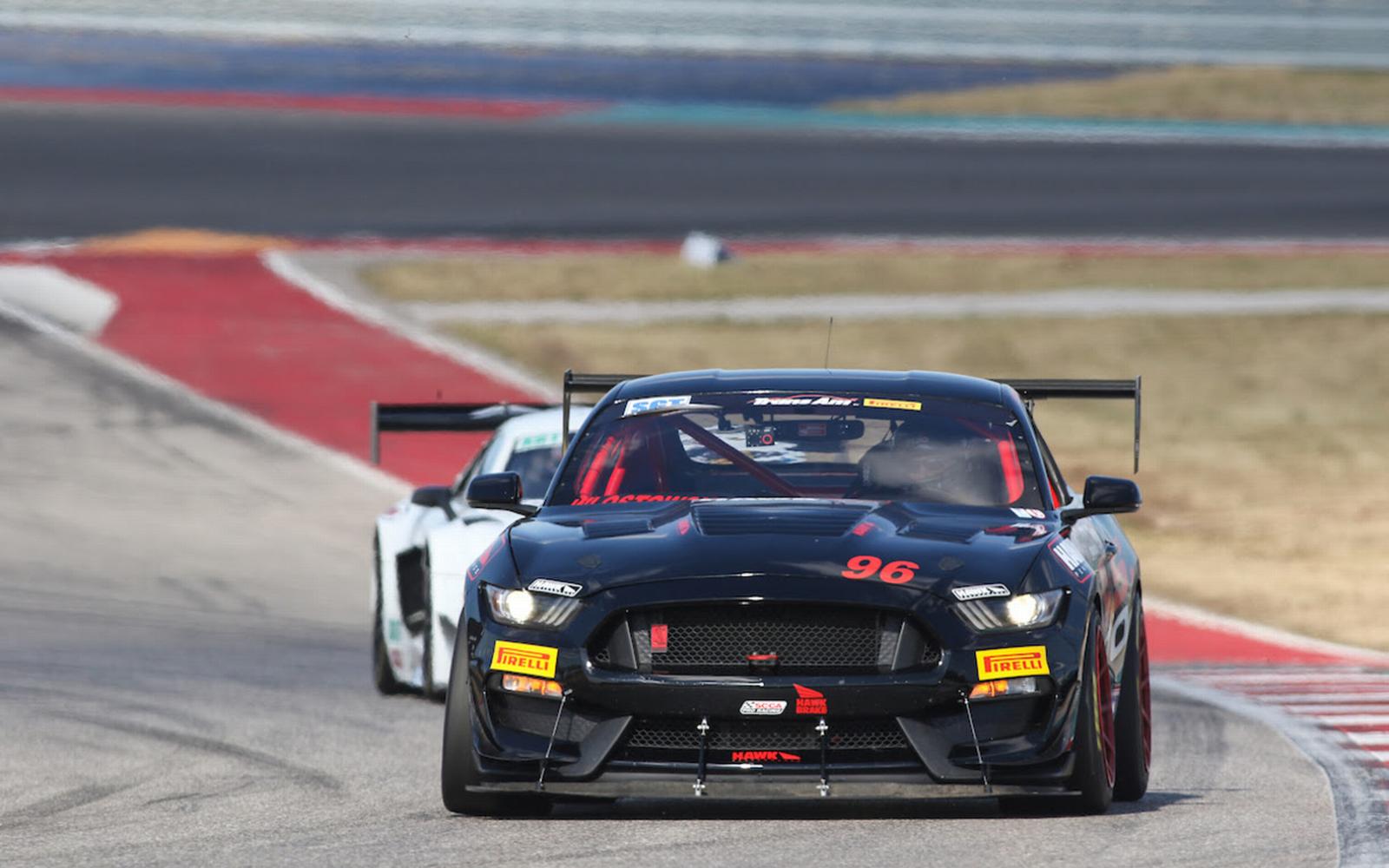 Austin, TEXAS - November 10, 2020 - A first pole position and a runner-up finish for New Yorker Adrian Wlostowski at Circuit of The Americas on Sunday afternoon sent the F.A.S.T. Auto Racing pilot top of the list in the hunt for the 2020 Trans Am presented by Pirelli Super GT Class Championship. Adrian scored a total of 31 points over the weekend to give him 195 overall, eclipsing previous Championship leader Lee Saunders who failed to score after an early exit. Every bit as impressive as the result itself was the fact that for the second time this season Adrian had to overcome a considerable handicap to gain his podium finish, as he told us after the race.

"It's a little frustrating because we had a really good car this weekend and we know the track well, but ten minutes into the race I felt like I lost some cylinders. There was no power left and I ran the whole race on four cylinders." Adrian had to accommodate fast to overcome the difficulty, and showed all his skill to battle back as he explained, "I was downshifting to first gear to keep the revs up over 7,000 and stay on pace. I didn't know if we were going to finish the race at that point."

Regarding the final result and its impact on the leaderboard he added, "We came out in second place and I'm happy for that. I think we took the lead after this race on points." That's something we can confirm he did indeed do.

Adrian's speed in the No. 96 F.A.S.T. Auto Racing Ford Mustang was obvious from the outset, with the Big Apple driver recording a time of 2:17:973 in practice, over half a second faster than his nearest rival. When it came to qualifying, Adrian stamped his authority on the field when he posted a very rapid 2:17:249 on lap 3, a terrific time for the SGT Class, and a clear pole position the first of his Trans Am career. It also won him a three point bonus.

All in all it was a good weekend for the team from New York at the mightily impressive Austin, Texas facility. Once again, enormous thanks are due to John Clagget and his team, the SVRA and of course the people at COTA for making the weekend possible in the very difficult current circumstances.

Next stop for Trans Am is the double header weekend at Road Atlanta, November 19 - 22, which is billed as the Road Atlanta Grand Prix. You can get your tickets here: https://svra.com/events/2020-road-atlanta-grand-prix/