Greg Pickett Returns to Sonoma with a Vengeance, Qualifies on Trans Am Pole

SONOMA, CALIFORNIA (22 August 2020)- The sounds of American muscle echoed through the Sonoma hills as the Trans Am Series Presented by Pirelli West Coast Championship drivers qualified at Sonoma Raceway on Saturday afternoon. 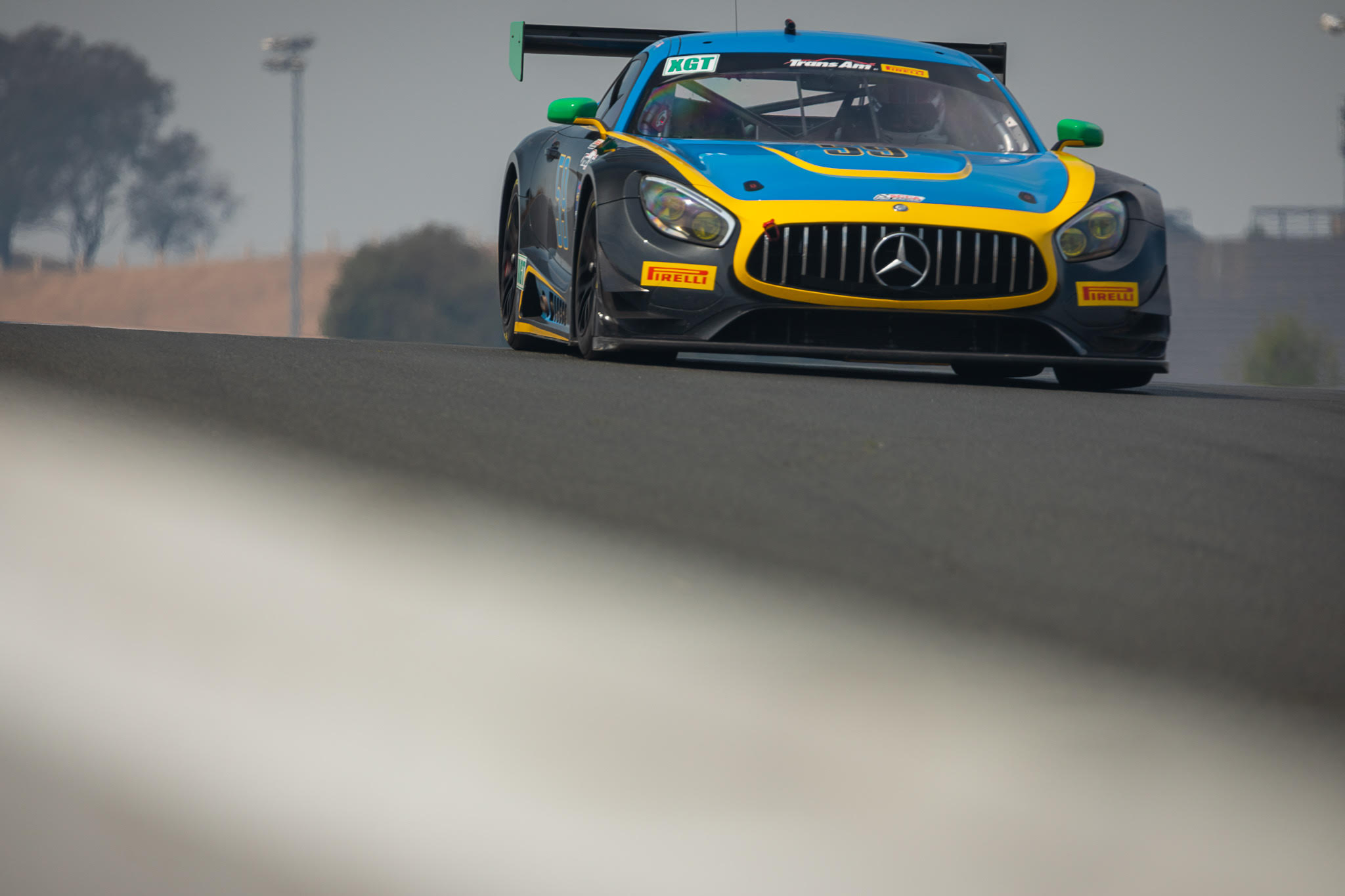 With a blanket of ash from the Northern California wildfires covering the Sonoma circuit, drivers battled poor air quality during the back-to-back 30-minute qualifying sessions for the TA2® powered by AEM and Trans Am, XtremeGT, SuperGT and GT classes.

Seventy-three-year-old Greg Pickett out drove the entire field in the No. 6 Pickett Racing Ford Mustang, setting the fastest time of the day on his fourth circuit with a 1:37.337-second flyer.

Even after shaving two seconds off his time from testing on Friday to practice on Saturday, Pickett didn’t pull out of the pits satisfied with his overall results.

“It’s very rare that I get out of the car after achieving pole that I am moaning and whining about it,” said Pickett. “We picked up a strange mist on the last lap of practice today, something went wrong. No hesitation, no popping, but when I pressed the throttle, the RPMs went down. We changed everything electronically in the car, but we were still down 500 RPMs from practice to qualifying today. So, we have some things to work out before tomorrow.” 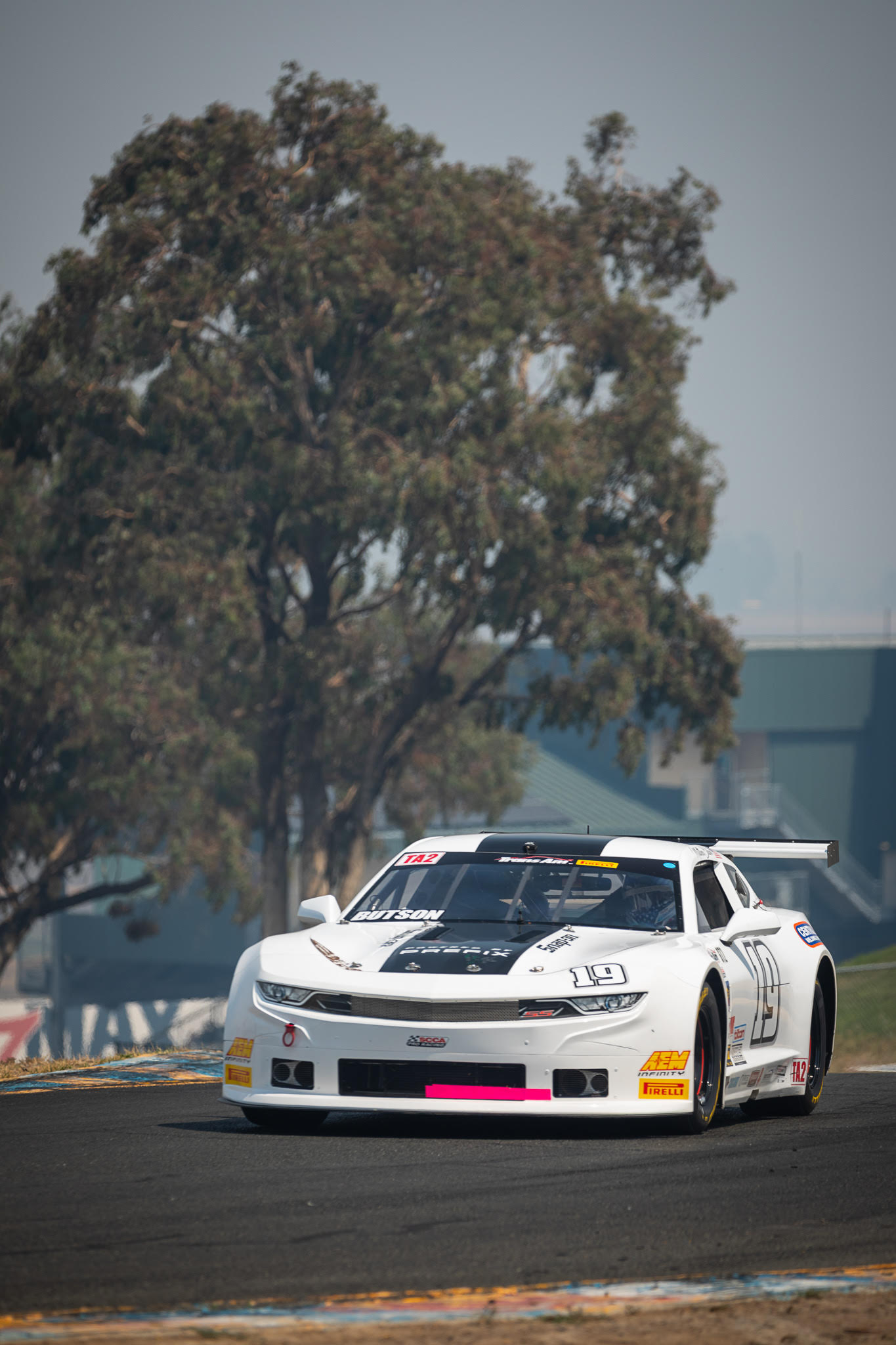 Coming into the weekend Pickett had one goal, to edge out Simon Gregg’s Mercedes for the overall pole. Gregg, driving the No. 59 Gregg Motorsports Mercedes AMG GT3 in the new XGT class, eclipsed Pickett in the opening round at Thunderhill Raceway Park. Only 0.267-seconds separated the pair this weekend.

“We came here a little fearful of Simon’s (Gregg) Mercedes,” Pickett said. “With all of its electronic driver aids, traction control, ABS brakes, all of that on this great track where you’re always coming off some corner going into another, we thought it would be really tough to beat him in qualifying.”

While Pickett achieved his goal, Gregg still set pole position and a track record for his class with a fast time of 1:37.604-seconds, but it took him double the laps to get it.

“I was happy with the two-second improvement in qualifying and to get in the 1:37 range and just about a half a second off pole,” explained Gregg. “It means a lot to me to participate here at Sonoma. California has a lot of history with Trans Am. Greg (Pickett) raced here against my dad (Peter Gregg), and it’s my honor to be able to race Greg here too. Also, Sonoma is a bad ass track.”

While the front row boasts names synonymous with decades of Trans Am history, the future of the category was busy making their own names on Saturday.

Starting on point in TA2® is 18-year-old rookie Matthew Butson (No. 19 Butson Racing Chevrolet Camaro). Capturing his first pole of his Trans Am career, Butson out-paced the TA2® field by 0.879-seconds. The pole position was a great feat for the Washington-native, recovering from a race-ending wreck in his season debut at Thunderhill.

“I am feeling really good after securing our first career pole,” Butson said. “The Butson Racing crew have been really great with the car. We’ve been finding several gremlins all weekend and the guys seemed to get those worked out before qualifying. Glad to bounce back after our accident at Thunderhill with a good qualifying.” 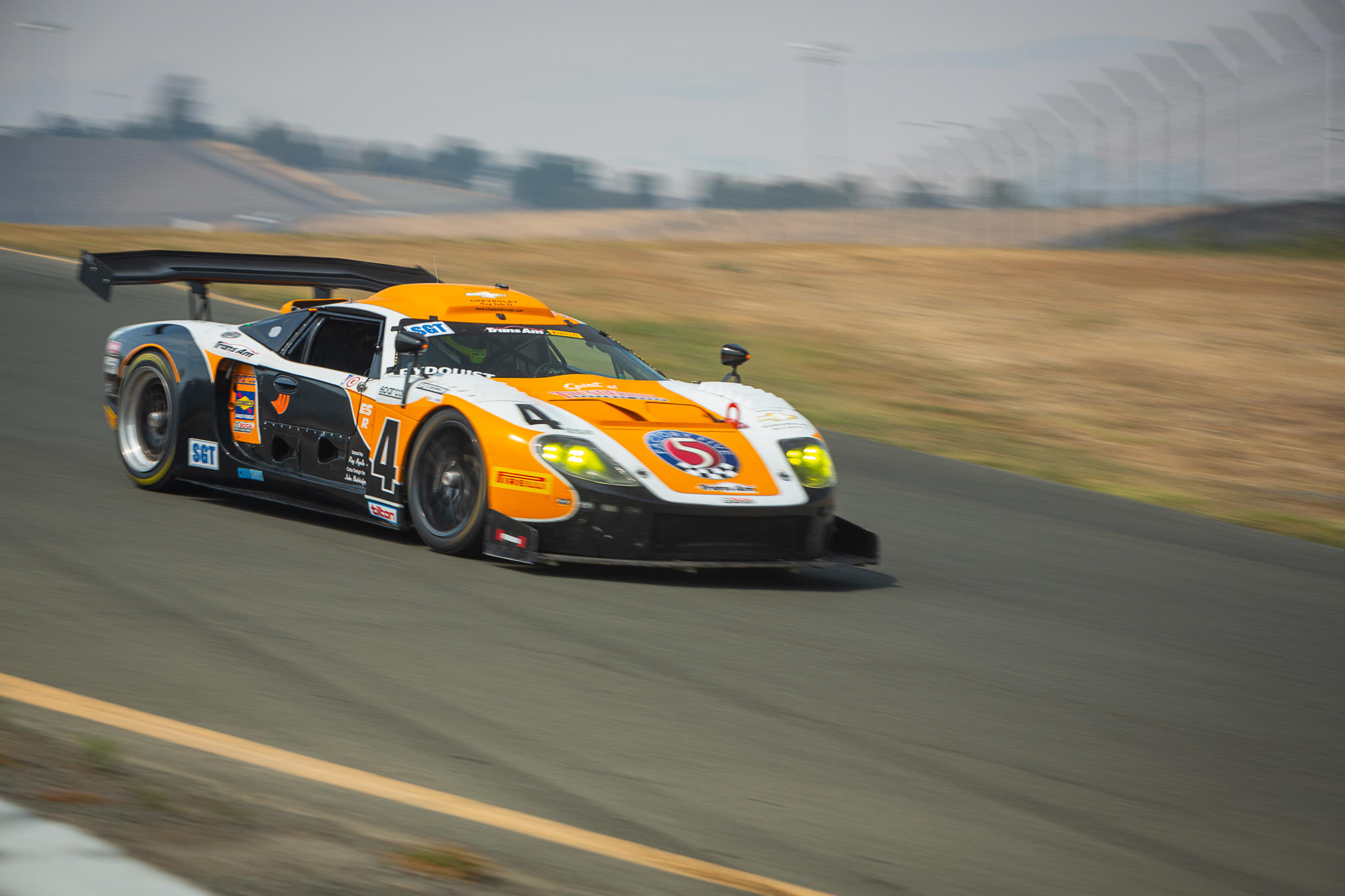 Second through fourth place times were considerably closer with only .032-seconds separating the starting positions. Tim Lynn (No. 17 Roof Options/TFB Performance Ford Mustang) came out on top of the three-way battle for the front-row spot with a fast-time of 1:41.342. Slotting into second row were Anthony Honeywell (No. 76 Honeywell Competition/TFB Chevrolet Camaro) with a 1:41.360-seconds and Jim Gallaugher (No. 34 MadisonDevelopmentGroup/MCR Ford Mustang) with a time of 1:41.374-seconds. Mitch Marvosh (No. 29 Wolf Entertainment Ford Mustang) rounded out the top five in TA2®, clocking a 1:42.444-second fast lap.

Carl Rydquist (No. 4 MyRaceShop.com/Tel-Mac/Mendeola Factory Five GTM) celebrated his program’s one-year anniversary with his second pole-position of the season in the SGT qualifying. Rydquist first race with Trans Am was at Sonoma last season, where he finished first in class.

“It’s awesome to get pole on our anniversary, we definitely pulled it out today, said Rydquist. “The biggest difference from last year to this year in our program is experience. Last year we struggled a bit getting used to the Pirelli tire wear, learning how the other drivers raced and we struggled with the set up a bit last year too since we had to take some of the wing out to pass tech. But this year we have applied everything we learned last year, and the results and the wheel-to-wheel racing is starting to show.”

In GT, Beau Borders (No. 7 APEX Race Parts Ford Mustang) mastered the California heat to take his second pole of the season. 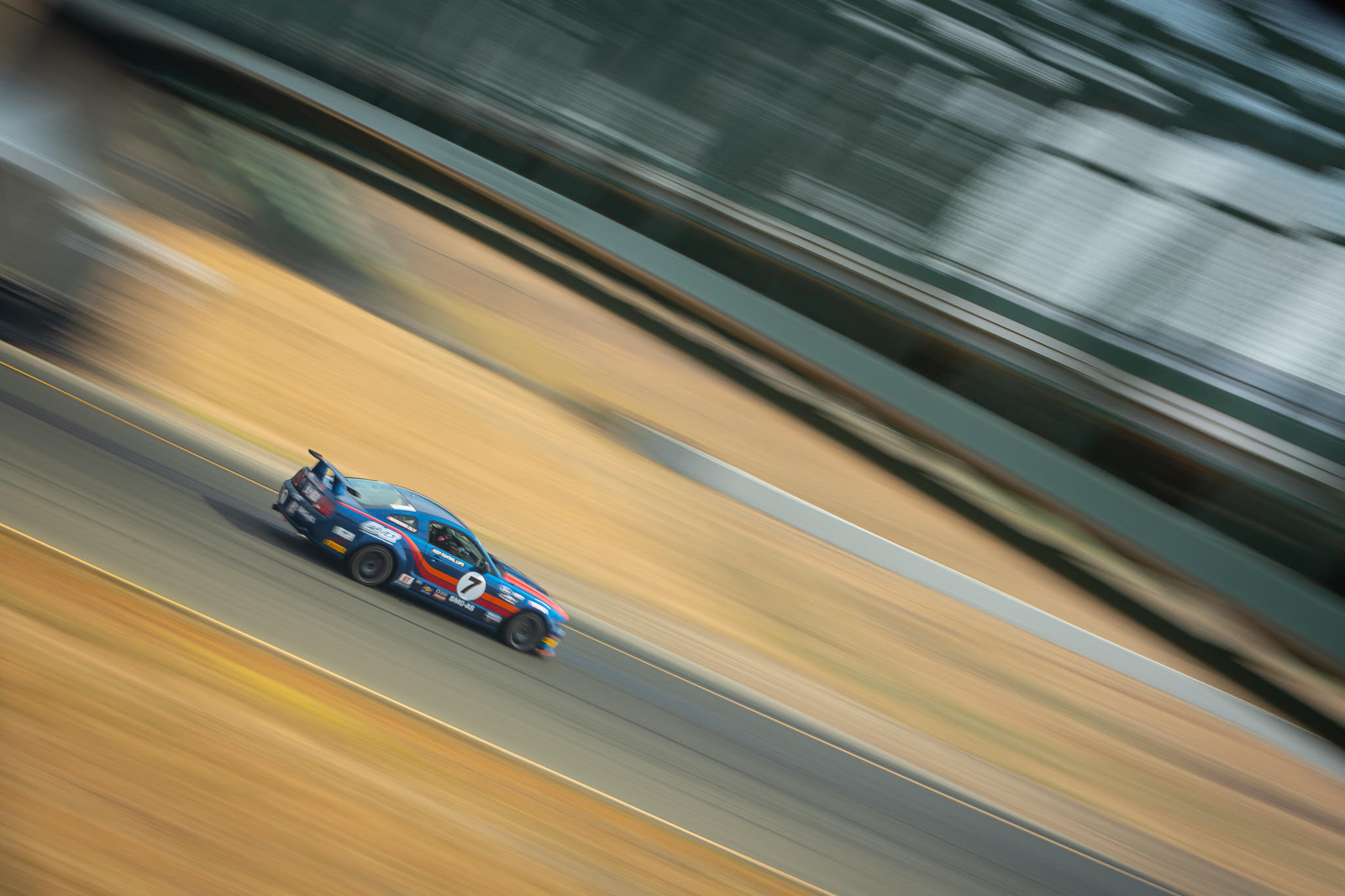 “The track was a little slippery today with everything that is going on in Northern California,” said Borders. “I’ve done a lot of racing in Florida, and I am accustomed to the heat. I do a lot of heat training. Race cars get hot. I can always tell in a race around the mid-point when a driver and car start to get heat fatigued. That is when my fangs come out and I go in for the kill, because the heat does not bother me.”
The Trans Am West Coast weekend will commence  with a  Sunday feature, that will see the  all-class 100-mile race starting at 12:45 p.m. Pacific. (Full Schedule)