History making moments expected at Sonoma this weekend for Trans Am

Sonoma, California (18 August 2020)- In 2018, the Trans Am Series presented by Pirelli West Coast Championship renewed Trans Am’s long tradition of fender-to-fender racing at Sonoma Raceway after a 14-year hiatus. Trans Am returns this week (August 21-23) to the fabled California circuit for Round 2 of the West Coast Championship with an expanded 22-car field for 100-miles of action-packed racing. (Entry List) 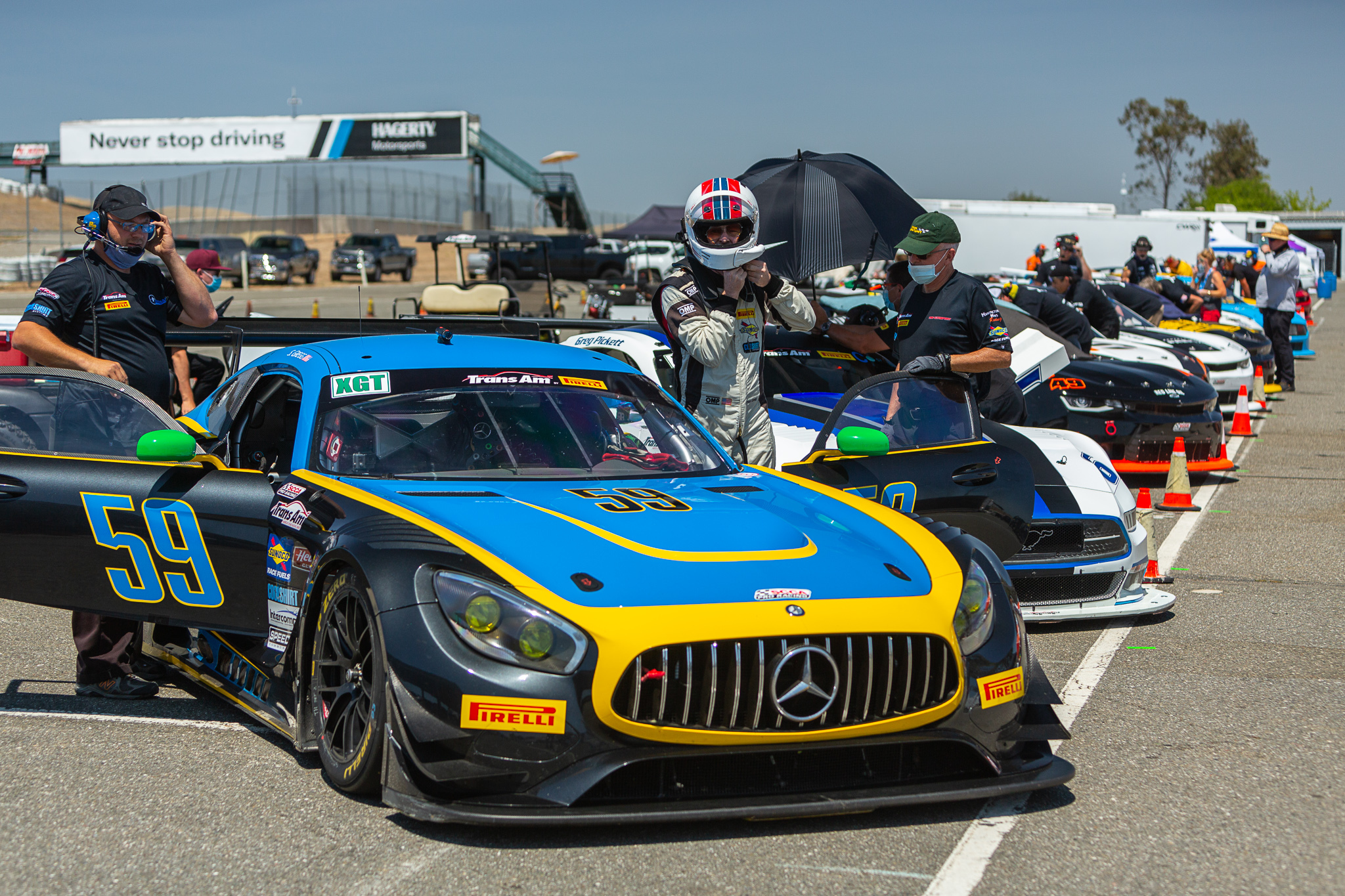 Over the years, Sonoma Raceway hosted the national Trans Am Championship 24 times, consecutively from 1969 through 2004, before returning to the schedule in 2018 as host for a round of Trans Am West Coast Championship competition.

Continuing a tradition that started in 1982 and ran through 1986 with spring and fall races each year, Sonoma will once again play host to two rounds of Trans Am competition in 2020.

The names of drivers that have won at the Sonoma circuit read like a who’s who of Trans Am history, including Mark Donohue, Darin Brassfield, Tom Gloy, Willy T. Ribbs, Wally Dallenbach Jr., Scott Pruett, Boris Said and Greg Pickett.

In 2019, Simon Gregg (Trans Am), Derek Kraus (TA2®), Carl Rydquist (SGT) and Roger Eagleton (GT) added their names to the list of historic Trans Am winners at Sonoma Raceway. 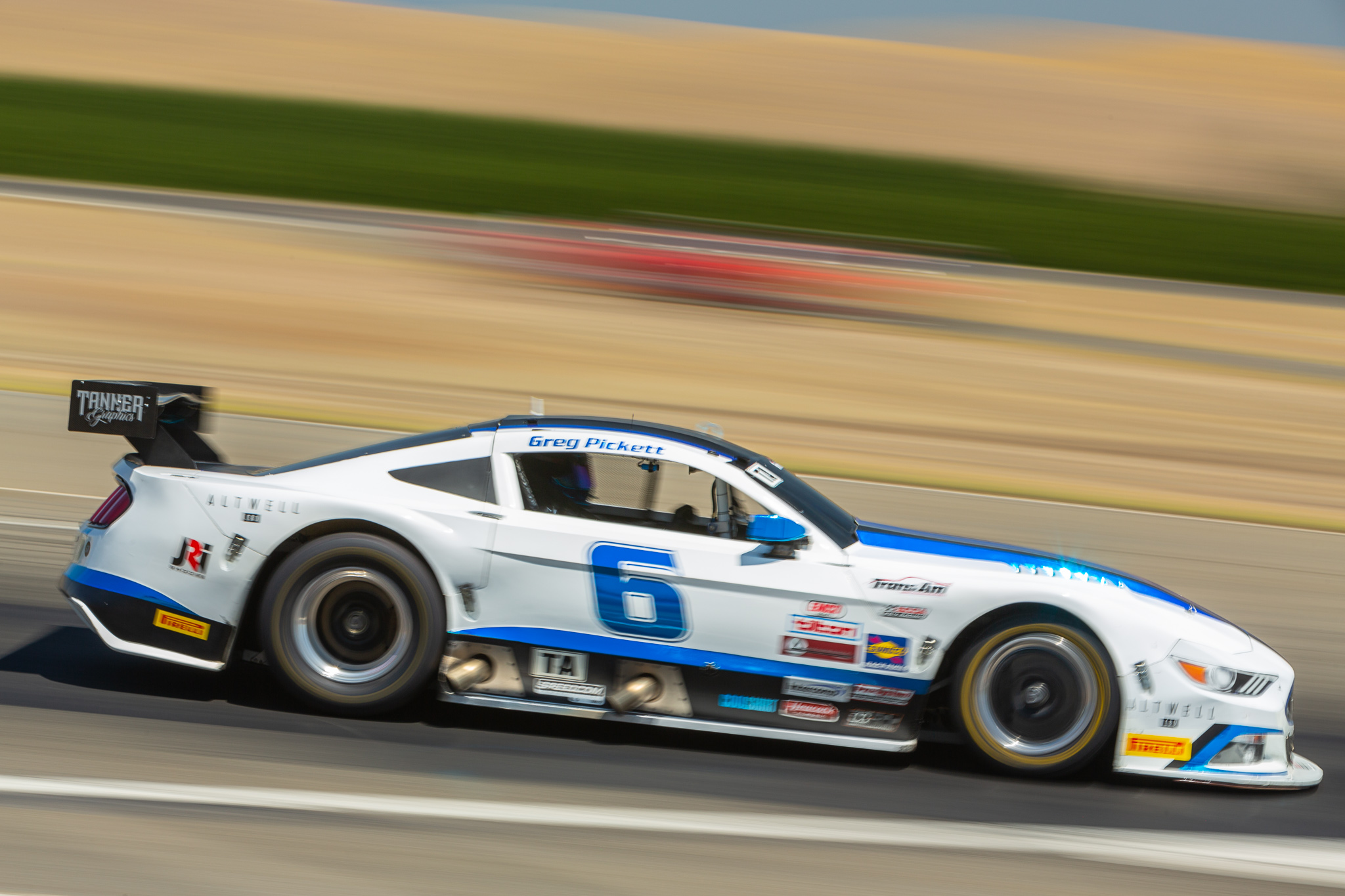 While Gregg is entered in the Sonoma event this weekend, he won’t be defending his win in a TA car. Switching up from his iconic red, white and blue Corvette, Gregg will take on the 2.52-mile circuit in his new No. 59 Gregg Motorsports AMG Mercedes GT3 in the Xtreme GT class. Gregg debuted the GT3 at ThunderHill, breaking track lap records and picking up the overall pole, and is eager to test the aerodynamics and added downforce package that the XGT car offers on the hilly, twisting Sonoma circuit.

Local favorite Greg Pickett is a four-time Sonoma winner in Trans Am, driving his own Corvette in 1978 and Roush Mercury Capris in both 1984 events. He also won the 2018 Trans Am West Championship presented by Pirelli at the circuit.

Last season, Pickett was forced to miss the Sonoma event due to engine related issues, but after achieving the rarest of feats in the season opener at ThunderHill, collecting professional race wins in six consecutive decades, Pickett will be gunning for his fifth Trans Am win at his home track this weekend driving the No. 6 Pickett Racing Ford Mustang. A win this weekend at Sonoma would be another history making moment for Pickett, marking five wins in four different decades at the same track.

Also returning to the TA roster are Michelle Nagai and Steve Goldman (No. 13 LIG Racing Chevrolet Corvette). Nagai missed the opening event due to ThunderHill’s newly implemented sound decibels rule. Unable to get her No. 72 NagaiRacing/BerkeleyJetDriveInc Chevrolet Corvette to spec, Nagai was forced to miss the event. 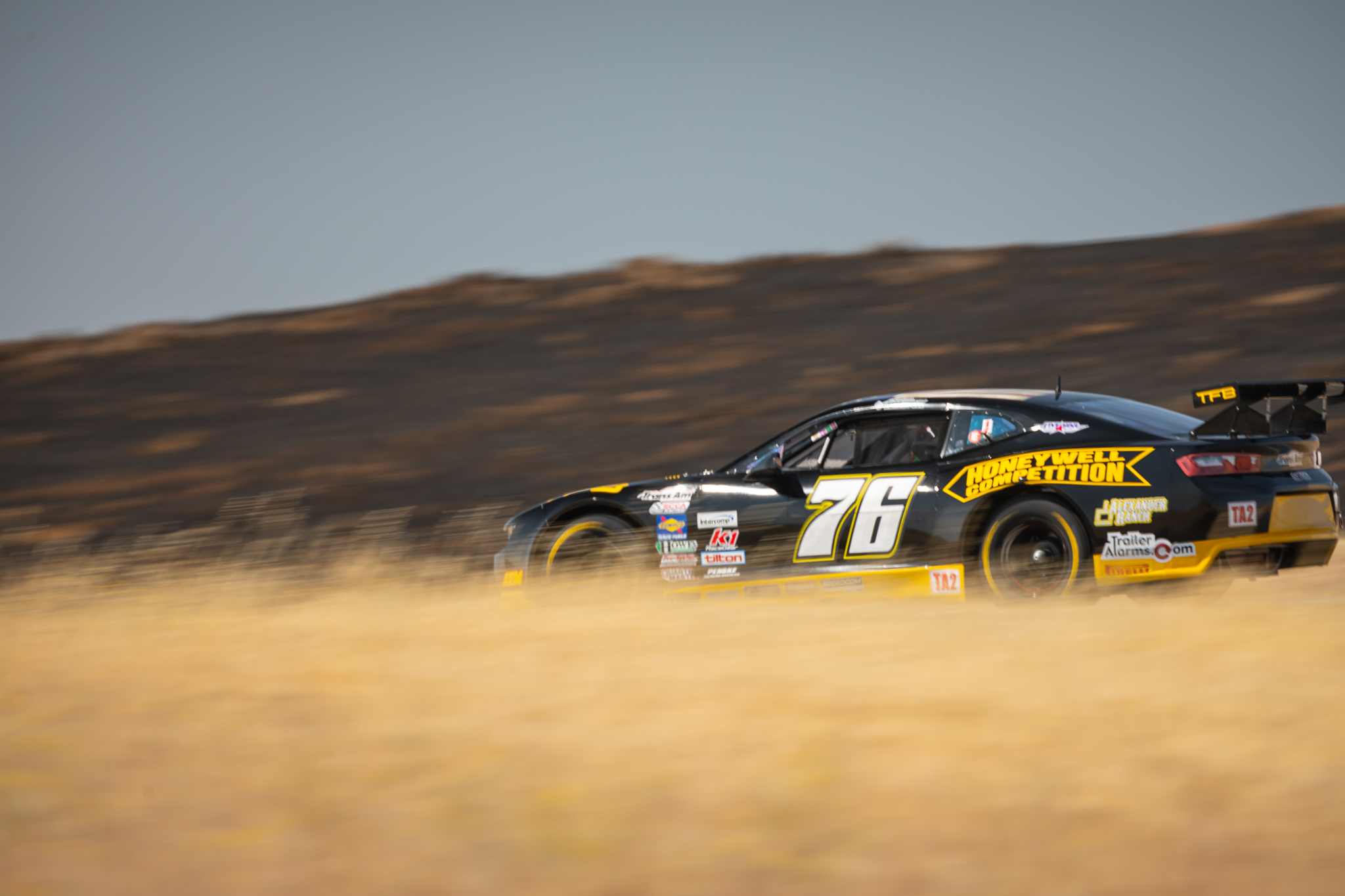 “We were very disappointed to miss the first race at Thunderhill,” said Nagai. “But, we are happy to make our season debut at Sonoma.”

TA2® powered by AEM West Coast Championship Vice Champion, Honeywell had a tough season debut at Thunderhill. After fighting for podium position, Honeywell’s No. 76 Honeywell Competition & TFB Chevrolet Camaro entangled with another car, sending him to the back of the field. Honeywell recovered to finish in a points-paying position, but the incident put him behind in his championship ascension.

“After a rough season opener at Thunderhill Raceway, the whole team and I are looking forward to getting back on track at Sonoma Raceway to defend our 2019 victory here,” said Honeywell. “My crew at TFB Performance have been working diligently to get the 76 Honeywell Competition Camaro ready for the upcoming race. Sonoma is a great drivers track in the heart of Napa Valley. I can’t wait to put on a good showing for my sponsors: K1 Racegear, TrailerAlarms.com and Alexander Ranch.”

Following her personal best TA2® finish at ThunderHill, Michele Abbate made history in TA2®. Her fourth-place was the best finish ever for a female in TA2®, but, that’s not good enough for sophomore driver Abbate, who is shooting for a podium finish at Sonoma. 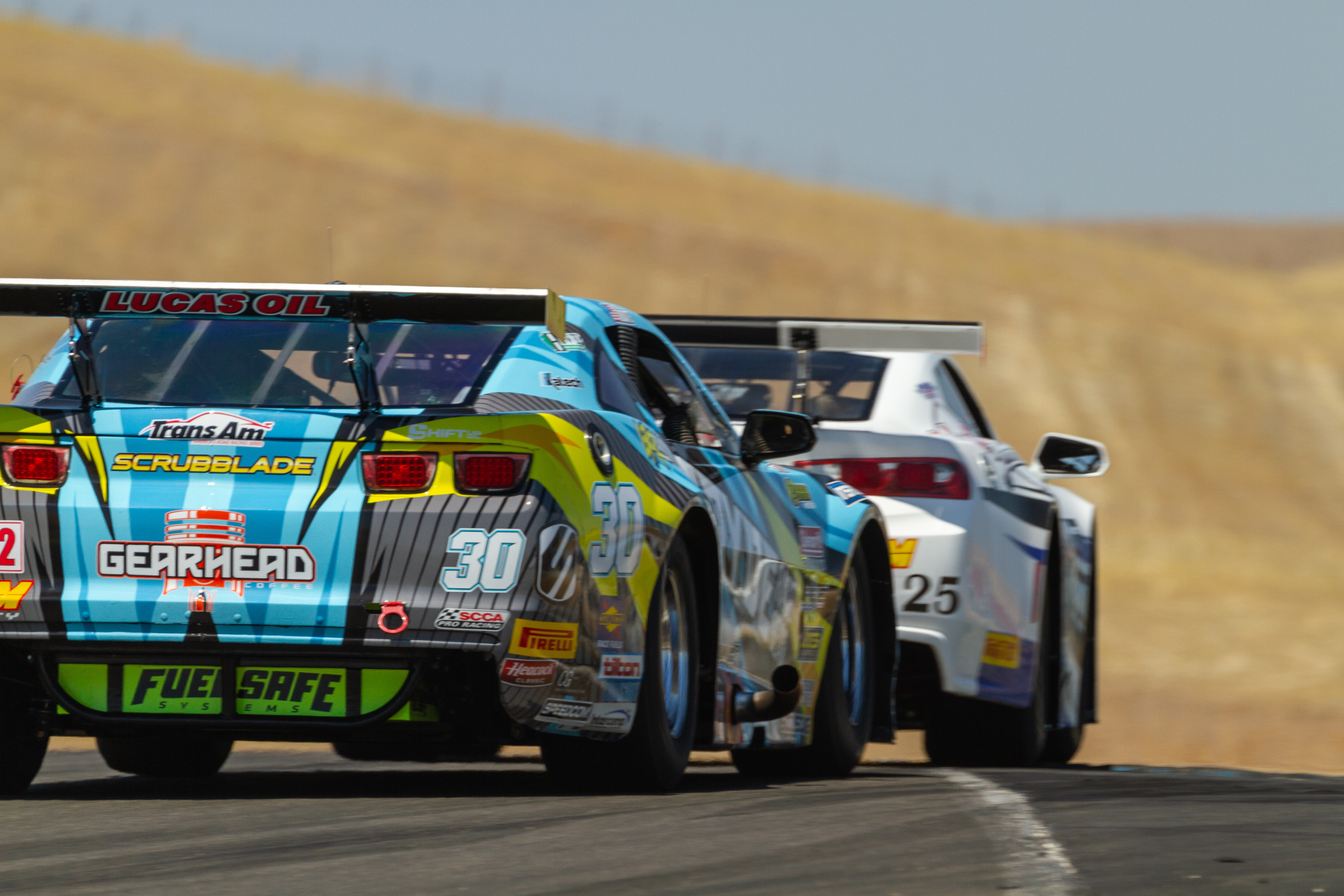 "My dream was to race in America's best road racing series, Trans Am, and my goal is to become a TA2® Champion,” Abbate said. “I know this will take time, and I am laser focused on the path to get there. We need more women in motorsports and I am proud that our Grr Racing team efforts are creating some attention; this is just the beginning!"

Celebrating his one-year Trans Am anniversary, Rydquist returns to Sonoma, the sight of his first Trans Am SGT win in the No. 4 MyRaceShop.com/Tel-Tac/Mendeola Factory Five Racing GTM. Rydquist opened his first full Trans Am West Coast season with a victory at ThunderHill in the SGT class over Natalie Decker,whose No. 04 N29 Technologies LLC Audi R8 GT4 is fielded by Ave Motorsports.

”Returning to Sonoma feels very special this year, it marks the first Trans Am anniversary for the Prototype Development Group’s MyRaceShop.com/Tel-Tac/Mendeola Factory Five Racing GTM,” said Rydquist. “The track is technical, fun and offers a lot of action. A good race strategy is normally key but the twistier it gets the brighter our Ridetech racing shocks shine. We have a superb setup here and can run pedal to the metal the entire distance without much tire management. That should give us a good shot to defend our win from last year!” 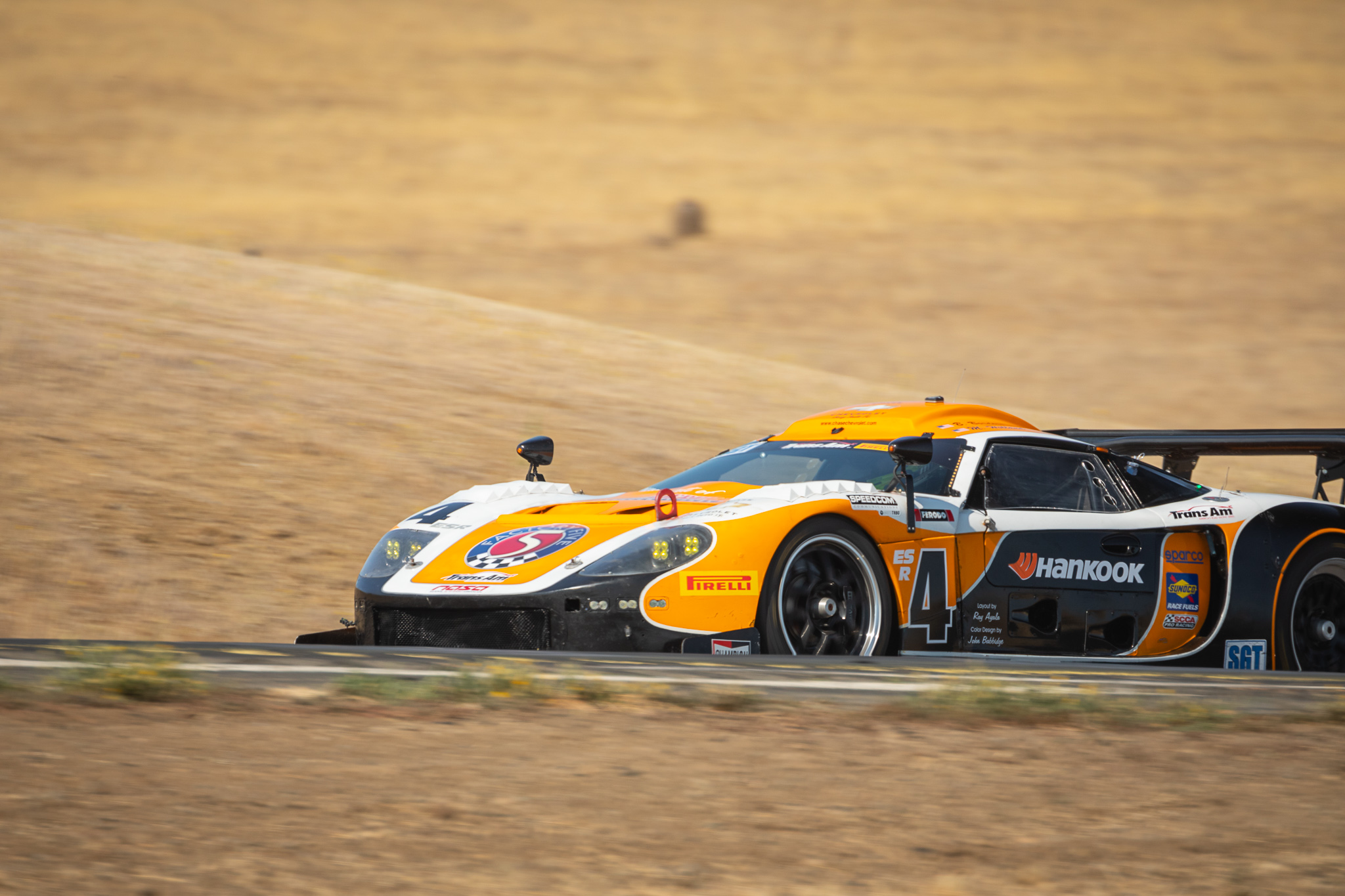 GT class reigning champion Roger Eagleton missed the first round of Trans Am West Coast racing, but made the long trip from Honolulu, Hawaii, to defend his title in the No. 98 FiveStarProptyMgmt/FordPerform Ford Mustang GT from championship leader Joe Bogetich (No. 65 Westover Corporation Chevrolet Camaro). However, Eagleton’s main 2019 championship-contender Beau Borders (No. 7 APEX Race Parts Ford Mustang) will not make that fight easy.

Drivers will participate in open testing on Friday, as the official weekend starts on Saturday with an all class 40-minute practice beginning at 9:15 a.m. Pacific Time followed by back-to-back 30-minute qualifying sessions starting with the TA2® class at 2:00 p.m. followed by TA/XGT/SGT/GT at 2:35 p.m. The Trans Am West Coast weekend will commence Sunday with a massive dose of roaring American muscle cars, featuring the 100-mile race starting at 12:45 p.m. Pacific. (Full Schedule)