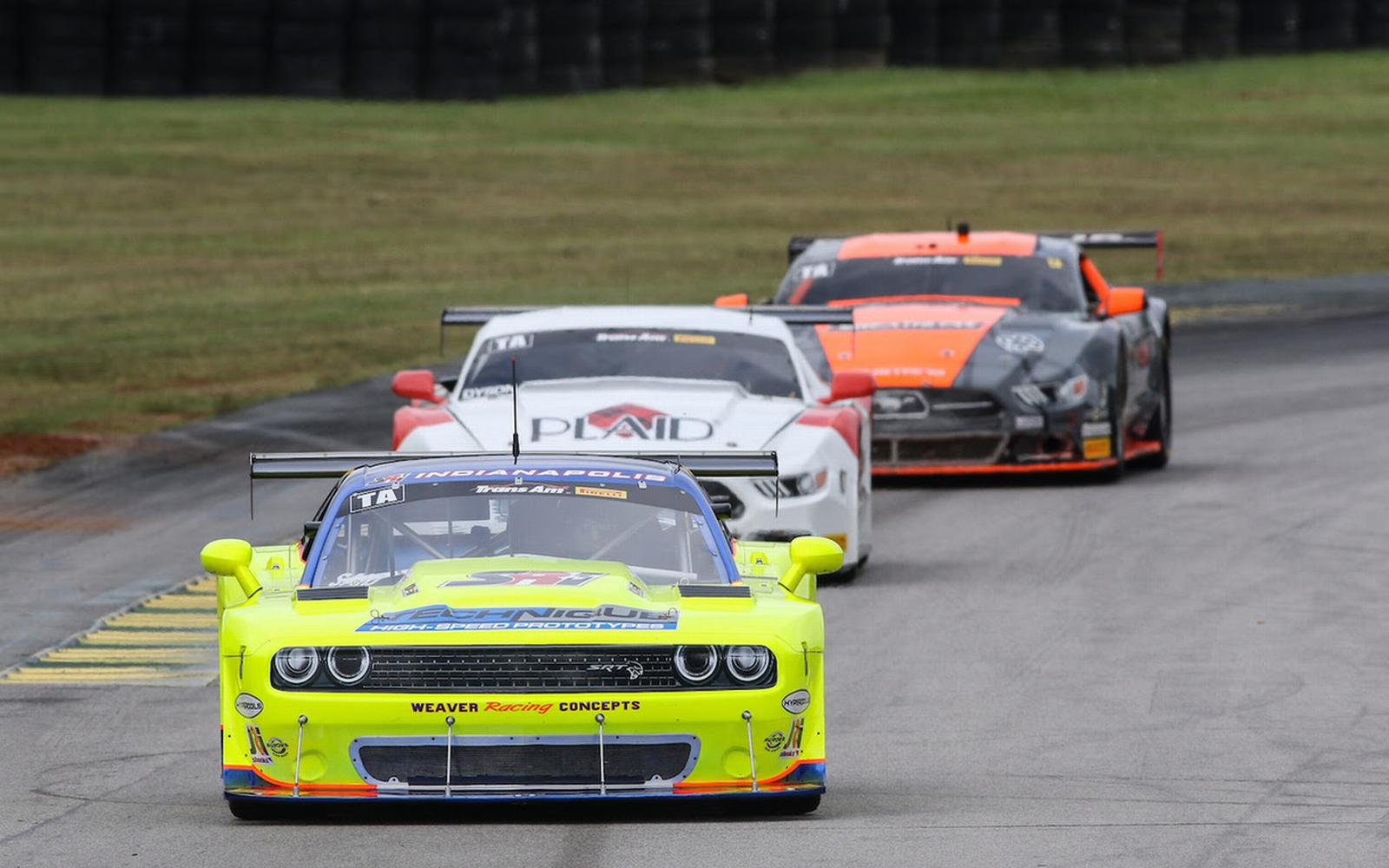 We can exclusively reveal that 2020 Trans Am XGT Champion Ken Thwaits is stepping up to TA Class racing in 2021, teaming up with the legendary Pancho Weaver to drive the powerful Dodge Challenger in the opening rounds of the season.

Ken and his Franklin Road Apparel Showtime Motorsports team impressed everyone in Trans Am last year with their professional approach to the full season of racing, and were duly rewarded when Ken lifted the inaugural XtremeGT Class Championship in his Audi R8 LMS Ultra. However, while there were eight competitors across the nine races in the XGT season, it's a class that doesn't offer quite the same level of competition as in the TA Class.

"I had a great time in Trans Am last year," said Ken when we spoke to him at his superb Tennessee headquarters last week, "but the simple fact is that in Trans Am Racing, the TA Class is where it's at for drivers seeking to race at the top in this Series."

Of his new link up with Pancho Weaver he added, "It's fantastic to be working with Pancho, who has found success in this arena across a timespan of decades. Trans Am cars are very different beasts to the GT3 type sportscar fans are used to seeing from Showtime Motorsports."

For his first foray into Trans Am TA Class, Ken is teaming up with no less a luminary than Pancho Weaver. Located in Mooresville, North Carolina, Pancho Weaver's ‘Weaver Racing Concepts' produced the super fast Dodge Challenger piloted with such aplomb by Boris Said last year. Boris set pole position at COTA in 2020 with a fast lap of 2:08.747 in the No. 2 Dodge Challenger prepared by Pancho Weaver. In his only prior 2020 start, Said captured the pole and finished second in the opening round of the VIR doubleheader.

“Pancho Weaver builds an unbelievable car,” stated Boris Said, the 2002 TA champion. “It’s just a blast driving these Trans Am cars. They’re so much fun with all the horsepower, without the ABS and other nonsense that the other cars run. These are old-school cars with a lot of horsepower – regular gated shifting like a NASCAR and 180mph on the back straight.”

"The Dodge is dramatically different to drive compared to the Audi - especially at a track like Sebring," added Ken. "You couldn't have a better coach than Boris Said. I love a challenge and I can't wait to get started racing. The car is fantastic, very exciting feel and power. I'm committed to doing Sebring and Road Atlanta and we'll see after that."

The action at Sebring International Raceway will get underway with optional testing sessions on Friday and first official practice on Saturday, Feb 20 at 11:40AM ET. The 100-mile race is scheduled for Sunday, Feb 21 at 2PM ET. Follow on the Trans Am app for news and views from the track!