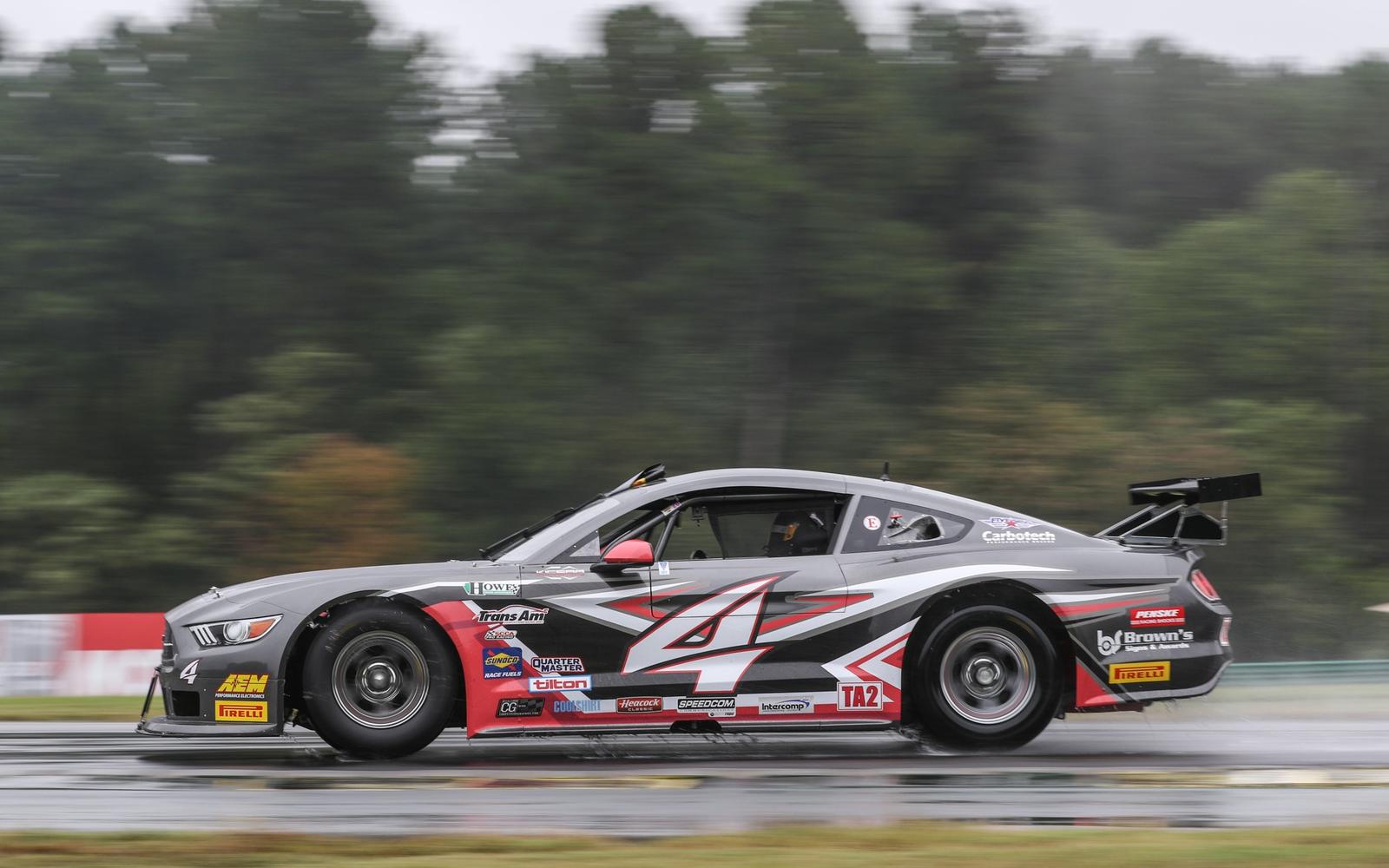 Tyler Kicera became a winner in his fourth Trans Am Series presented by Pirelli start in TA2 Powered by AEM, pulling away from three of the top stars over the final seven laps at VIRginia International Raceway to win in the No. 4 Carbotech Brakes Ford Mustang.

Kicera finished second in the recent Trans Am by Pirelli Esports Championship, winning five races. On Saturday, he took over second on lap 2 and took the lead two laps later. An incident resulted in on-track repairs that put the field behind the safety car for 17 laps. When racing resumed with seven laps remaining, the Manheim, Pa. driver pulled away from Rafa Matos, Cameron Lawrence and Thomas Merrill to win by 2.480-seconds.

Series point leader Mike Skeen started on the pole but began losing power early in the race and was never a factor. He finished sixth, maintaining his lead in the championship.

The TA2 competitors will join the TA, XGT, SGT and GT drivers on Sunday at 11:05 a.m. for a 100-mile race to complete the unique VIR doubleheader.