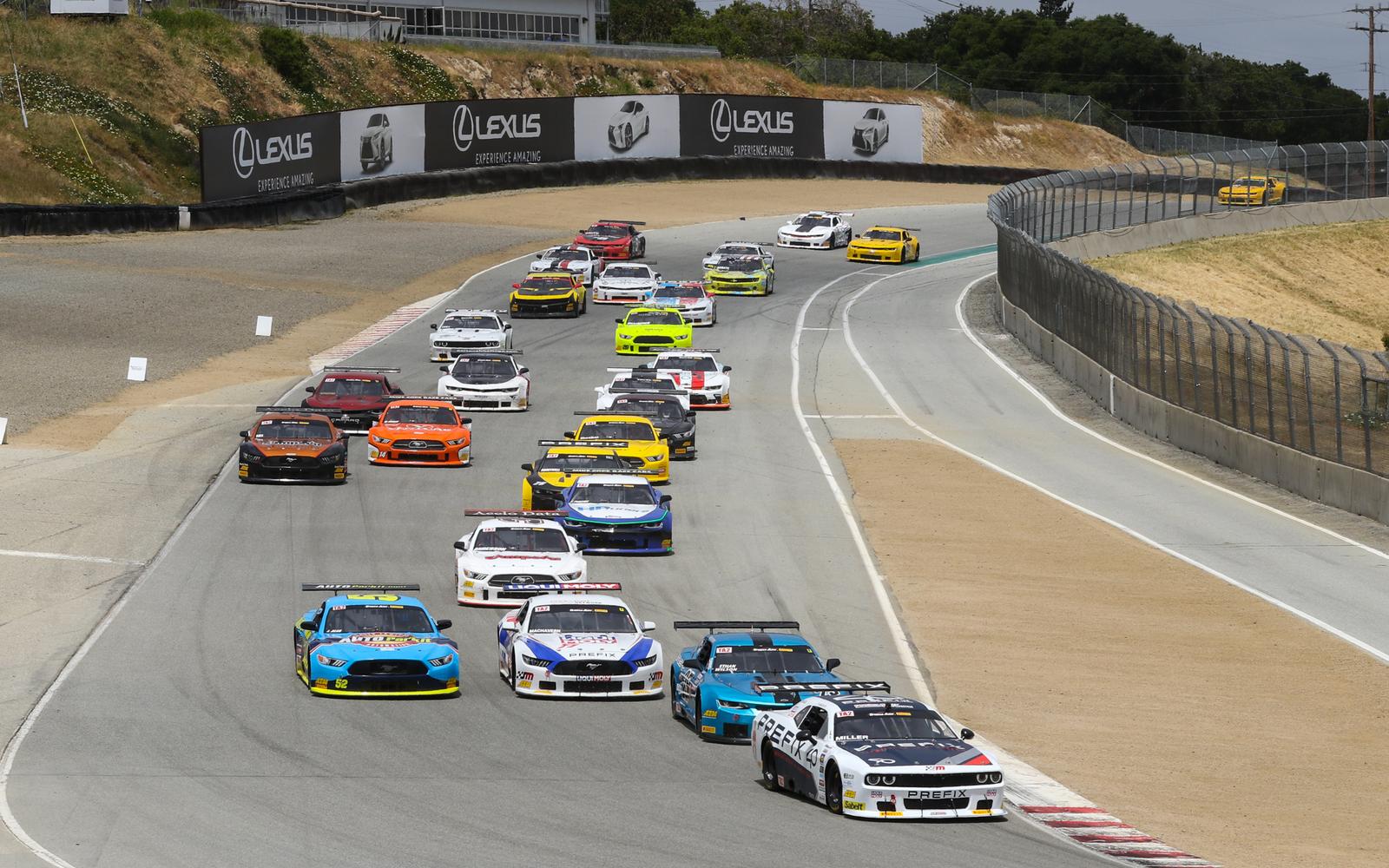 The June 14-16 event will showcase the four class format, with Trans Am, TA2 powered by AEM, SGT and GT class carssharing the 2.52-mile, 12-turn Sonoma road course that also features some 160 feet in elevation changes every lap.

Since its inception in 2017, the Trans Am West Coast Championship field has grown 27 percent, and additional growth is anticipated in the final two rounds when the series visits Portland (July 26-28) and the Circuit of the Americas (October 4-6).

“In the inaugural and second seasons of Trans Am West Coast, there were a total of 48 entries, and we have already exceeded that in just the first half of this season,” said Trans Am Race Company President John Clagett. “We launched the West Coast championship in response to feedback from our competitors and it’s grown even more quickly than we were hoping it would. We’ve got a tremendous range of racers-from experienced guys like Greg Pickett and Simon Gregg, to drivers who are just joining Trans Am for the first time like Michele Abbate and Cameron Parsons. So it is a great mix of very competitive drivers in the field and I think Sonoma will be another great weekend for everyone. ”

In an effort to further edge out his competition, Honeywell’s No. 76 Chevrolet Camaro recently underwent some major changes to its powerplant. With the proven success among the Trans Am National Championship competitors, Honeywell committed to swapping engines to the new Prefix “Choice” Engine for the TA2 class to continue his fight for the West Coast Championship.

“We’re excited to have the new TA2 Choice Engine under the hood of the No. 76 Camaro for the remainder of the season.” said Honeywell. “We remain confident that we have what it takes to bring home the championship.”

Driving the No. 98 Five Star Prop Management Energy Real Estate Ford Mustang in the GT class, Roger Eagleton looks to increase his championship lead on what effectively is his home track. The California native won the opening round at Thunderhill before taking another podium at WeathertechRaceway Laguna Seca in May.

“The entire team at DIG Motorsports is excited to head to the race weekend at Sonoma Raceway with Trans Am,” said Eagleton. “This is our third ever Trans Am event weekend as a team and we are very focused on the West Coast Series at the moment. The competition in the GT class is heating up and it will be challenging for us to continue to do well. No matter what, we know that this upcoming Trans Am weekend should make for some great racing for the fans and there should be some really good battles going on!"

After celebrating his 21st Trans Am victory in the season opener, Greg Pickett suffered mechanical issues at Auto Club Speedway that caused him to scratch the fast turnaround to Laguna Seca. Pickett returns to Sonoma in the Pickett Racing Ford Mustang recharged ready to pick up where he left off at Thunderhill.

While Pickett’s Sonoma return is a highlight on the TA entry list, Simon Gregg in the No. 59 Derhaag Motorsports Chevrolet Corvette is another likely challenger for Pickett’s Mustang. Winning back-to-back events, Gregg has launched firmly to the front of the TA class championship, and will look to grow his 59-point advantage again this weekend.

The 21 Trans Am West Coast drivers kick off the weekend with a 55-minute testing session on Friday morning, followed by another hour test in the afternoon. Saturday opens with an all class 40-minute practice session prior to a split-class qualifying session starting at 3:05 p.m. PT. The action culminates on Sunday with a 100-mile (or 70 minutes, whichever comes first) mixed-class feature starting at 12:45 p.m. PT.

Fans are invited to a tour of the Trans Am West Coast paddock from 10:30-11:30 a.m. on Saturday where drivers will be available for autographs and cars will be on display for photos. Live timing and scoring is available at GoTransAm.com or on the Race Monitor app.