Elkhart Lake, Wisc. (1 July 2021)- American Muscle will be showcased this Independence Day weekend as more than 60 Trans Am drivers bring thunder back to Road America for the NASCAR Cup Series JOCKEY Made in America 250 presented by Kwik Trip July 1-4.

The TA2® class will tie the all-time entry record of 38 cars, the most drivers entered for a race since 2015 (Road Atlanta).

Championship contender Thomas Merrill returns to the Mike Cope lineup after missing the last round at Mid-Ohio. While he missed out on Trans Am at Mid-Ohio, Merrill arrives to the Wisconsin dells hot off a victory last weekend at Watkins Glen in the LMP2 class.

Local driver Evan Pecore is a sleeper this weekend in the TA2® class. Pecore recently purchased his No. 94 Camaro from BC Racing (formerly the No. 20), finishing seventh just last weekend at Mid-Ohio in his TA2® debut. Pecore, who has found most of his success in vintage racing and SCCA Road Racing, dominated the June Sprints at Elkhart earlier this year, winning in the GT2 class (similar car to TA2).

While the TA2® regulars will be looking to make the most of Road America in the championship battle, there will be another set of racers with a completely different agenda this weekend with a large contingent of NASCAR drivers tar 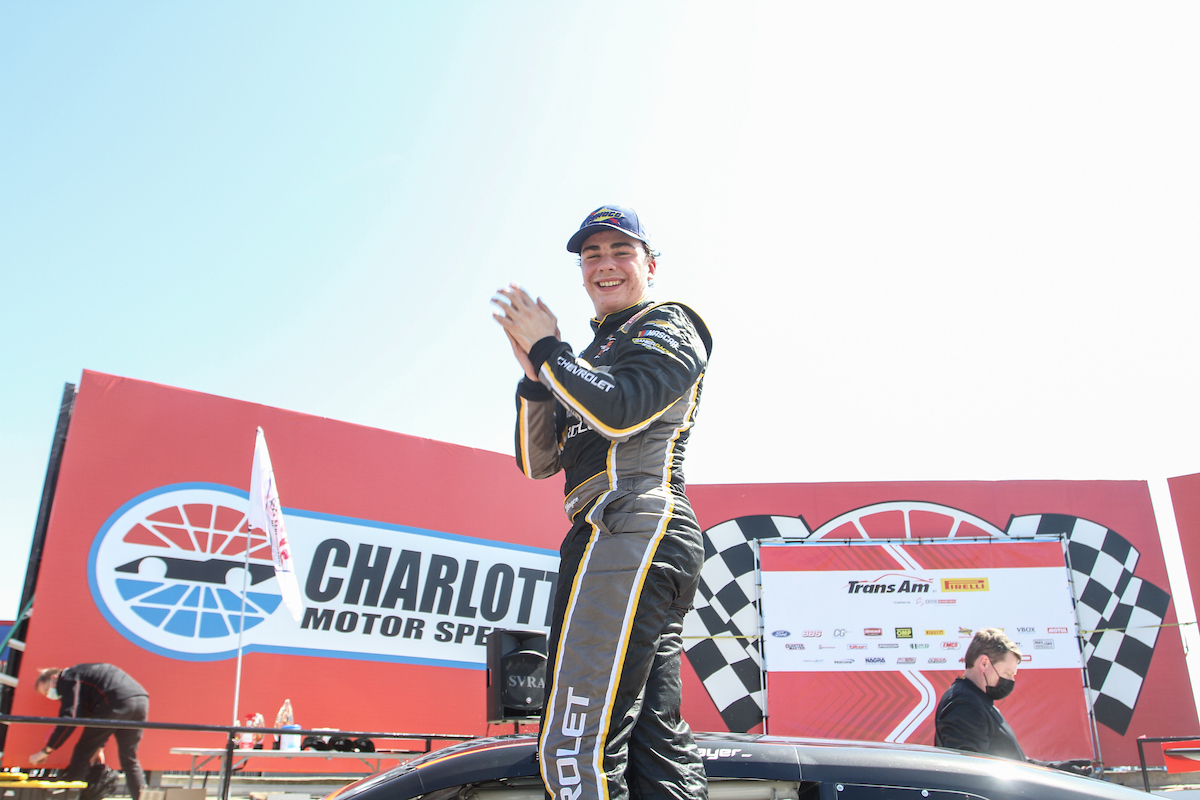 geting their own success.

With a high level of competition as well as a ruleset that puts the racing in the drivers hands with no driver aids, Trans Am continues to be the choice for a growing number of drivers looking to develop their road racing skills on the way to NASCAR glory.

With years of experience in NASCAR and Trans Am, TeamSLR’s Lagasse Jr. serves as the perfect mentor for the 18-year-old Mayer.

“I am lucky to have the opportunity to race with Scott Lagasse and TeamSLR,” said Mayer. “Scott has taught me a lot about braking and the minute things that add up to make a better lap. The TA2® cars are a similar drive on road courses to the ARCA cars, and getting this extra seat time with a driver like Scott is invaluable.”

Harrison Burton and Christopher Bell will join SHR at Road America for additional seat time prior to his Xfinity Race on Sunday. While Bell has participated in combined NASCAR/Trans Am events before, this will be his first outing with SHR. Self serves as the SHR’s Team Operations Manager and was the driving force to get Bell on its roster.

Following his first NASCAR Cup win on the Daytona road course in February, Bell thanked Self for the victory for all his help and road racing coaching. 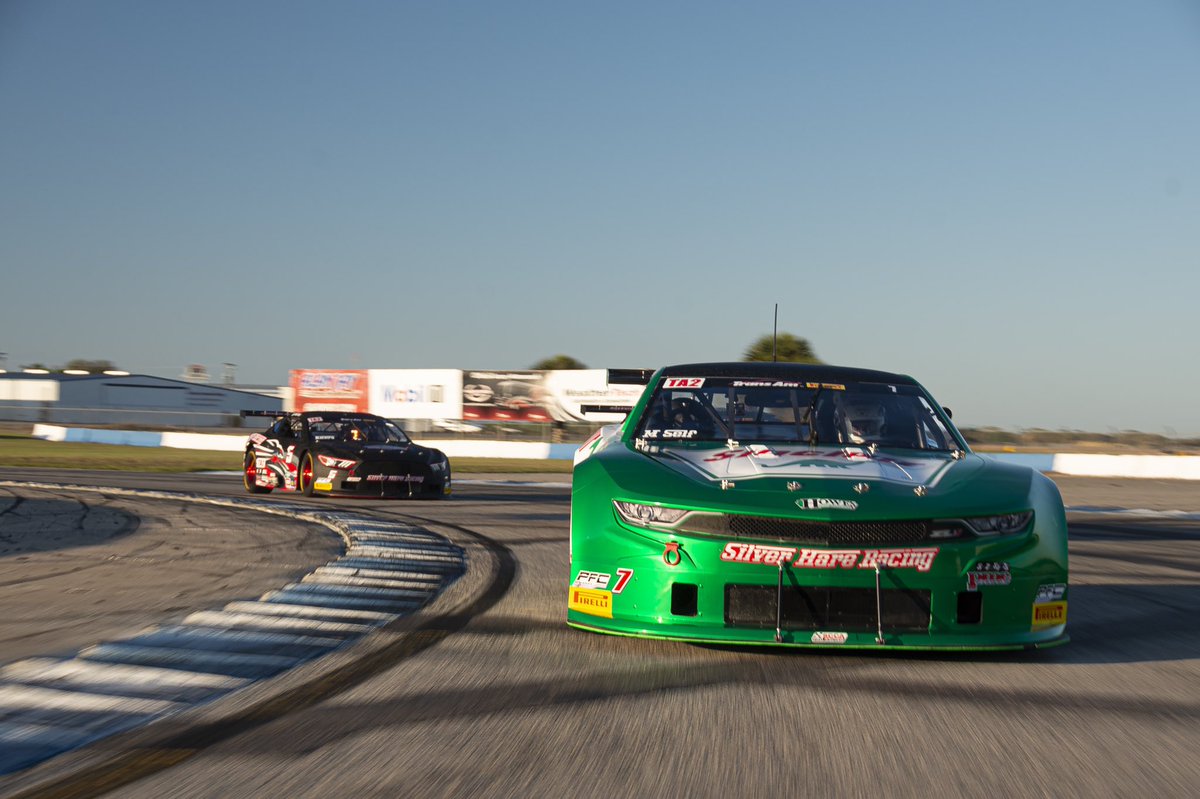 “I first got introduced to TA2 back in 2015 through Justin Haley,” said Self. “I remember getting in his car for a few laps at Sebring and thinking, ‘Man, this is just like driving a NASCAR K&N car. I can’t believe more guys aren’t utilizing this. The package in terms of the transmission, brakes, tires and components are really important to utilize properly when trying to be a good road racer,” Self continued. Since then, I’ve vouched for the TA2® cars with everyone I talk to that wants to improve their road racing for NASCAR competition purposes, and I believe the results have continued to speak for themselves. As far as I’m aware, there’s still nothing else out there that translates to a NASCAR Cup or Xfinity car, or ARCA like the TA2 car does.”

Mike Cope Race Cars has also partnered with championship-winning NASCAR teams and drivers to develop skills and in some cases, just freshen them up ahead of events. The Mike Cope stable this weekend will include Xfinity driver Riley Herbst and 20-year NASCAR Cup veteran Ryan Newman.

With the new testing ruleset for NASCAR, drivers like Daytona 500 and Brickyard 400 winner Newman are seeking alternative options to prepare ahead of events. TA2® is the closest thing to getting seat time at Road America for NASCAR drivers, so Newman jumped on the chance to familiarize himself with the iconic course ahead of his Cup race on Sunday.

Combining the prowess of a purpose-built racing platform, relevant manufacturer power plants and a rules package that focuses on excellent cost containment, the TA2® class represents an outstanding value platform in racing. With engines capable of lasting an entire season and cost control measures that allow drivers to fully focus on racing, not the financing of it, while showcasing their talents and skill.

“We firmly believe that the TA2® class is not only a tremendous value for the competitors, but it is also an outstanding platform from the competition side,” said Trans Am President John Clagett. “We’ve attracted a lot of different kinds of racers to this class, and it is a testament to the structure of the class that some of the next guard of NASCAR racers are coming here as part of their development.”

Trans Am will feature in two 100-mile, 25-lap contests at Road America: the TA2® Muscle Car Challenge on Saturday and the multi-class TA/XGT/SGT/GT race on Sunday. 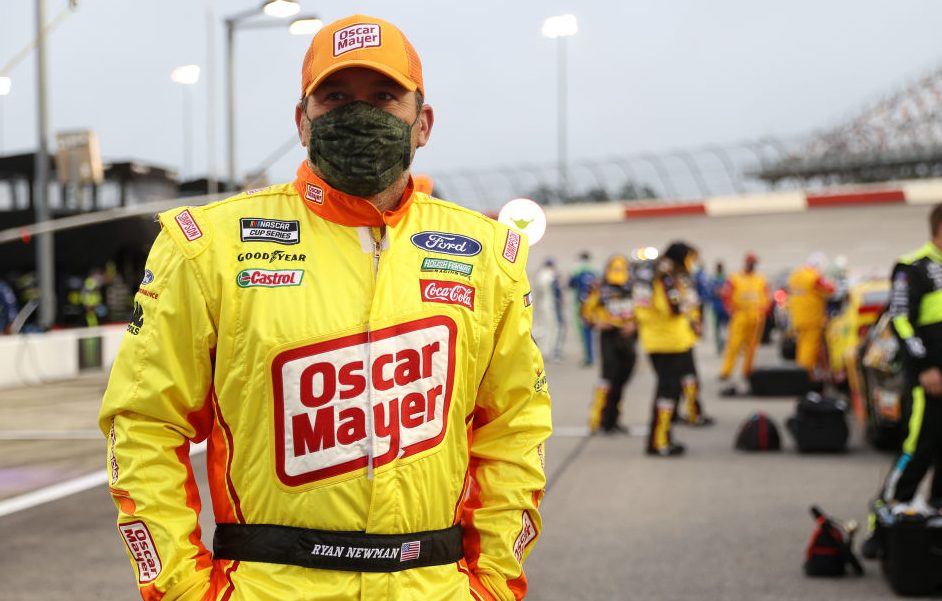 The weekend ends on Sunday with the TA/XGT/SGT/GT race starting at 8:00 a.m. Central.

The weekend will not be live streamed but event photos, videos and updates will be available across all @gotransam social media channels.