Trans Am TA2® Championship in Full Swing at Brainerd

BRAINERD, MINN. (16 JULY 2021)- After a quick turnaround following an intense 100-mile shootout at Road America over the July 4th holiday weekend, the Trans Am Series presented by Pirelli TA2® drivers will make the trek north to Brainerd International Raceway for the second-annual Ryan Companies US presents the Jed Copham Tribute Weekend July 16-18. (Tickets)

The weekend pays tribute to the track’s late owner and part-time Trans Am driver Jed Copham. Copham was instrumental in the return of Trans Am, which came back to Minnesota in 2010 and ran two events in both 2011 and 2012 on the refurbished 2.5-mile, 13-turn layout.

“Trans Am returning to BIR as a tribute to Jed’s significant contributions, his passion for racing -especially for Trans Am - and how much he is missed by his family and friends, is a great honor to Jed’s legacy,” said Dave Copham, father of Jed Copham. “There are still comments being posted on his memorial website even though he’s been gone almost three years now. Jed’s presence can be felt in all 13 turns here at Brainerd and on the long stretch between Turns 2 and 3 where the drivers put the petal to the metal.” 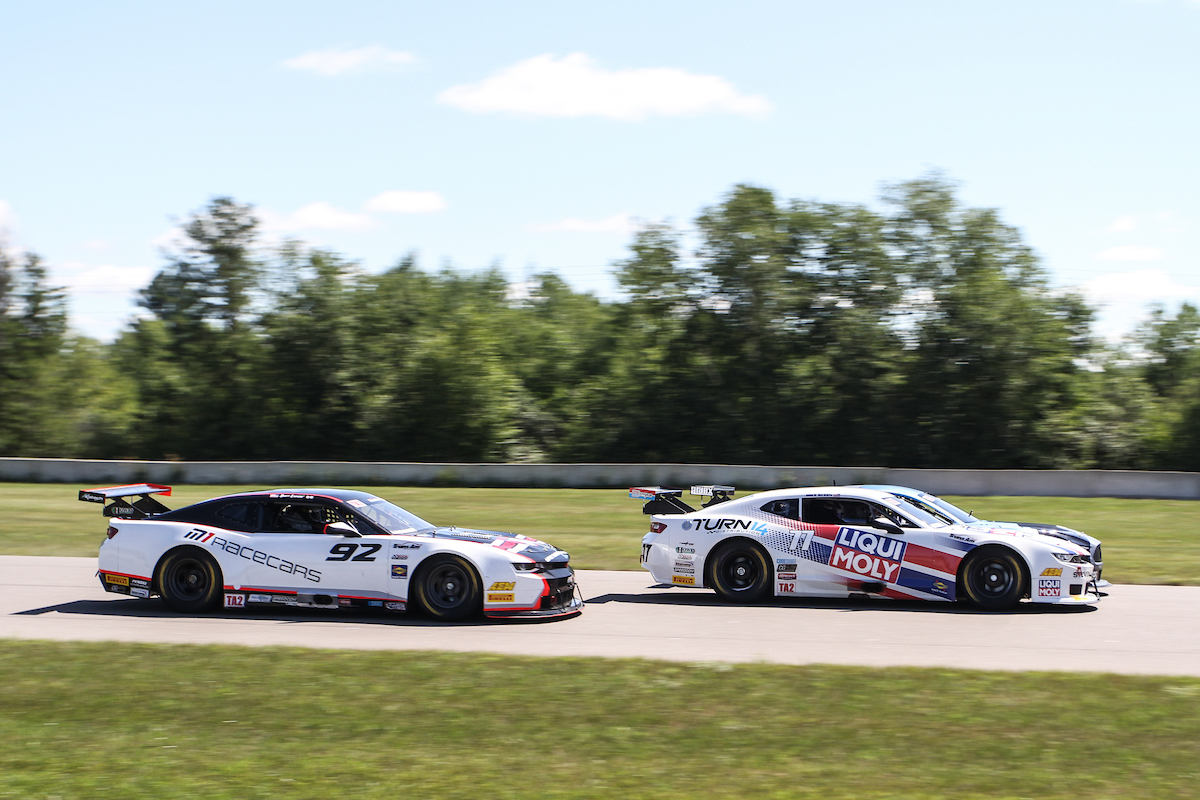 The TA2® championship is in full swing at the mid-point of the season. Rafa Matos (172) leads the season-long points standings ahead of reigning champion Mike Skeen by (143) 29 points after six rounds.
The Matos-Skeen rivalry heated up last season at Brainerd when the two went wheel-to-wheel around the flatout Brainerd circuit. Skeen edged out Matos on a restart to take lead and eventually the victory. Skeen is on the hunt for a repeat of 2020 this weekend in the No. 1 Liqui-Moly/Turn14Distribution Chevrolet Camaro.

“Road America was a good turning point for us as we reached the halfway point in this season,” said Skeen. “We have had a good car at the last several events and we won last year at Brainerd with a very good package, so I am hoping we can keep up our momentum and claw back some points in the championship.”

Thomas Merrill is also looking to make up championship ground at Brainerd. Merrill enters the weekend 62 points behind Matos and 33 points behind Skeen in third. Merrill finished second last season on his first outing on the former Donnybrooke road course. Due to mechanical issues, Merrill’s No. 81 HPTuners/MikeCopeRaceCars Ford Mustang did not earn points at Road America, so Round 7 at Brainerd is imperative to keep Merrill in the championship chase.

“We expect we’ll be much more prepared for Brainerd this year,” said Merrill. “Last year was my first trip to Brainerd and we were very competitive right off the bat, so going in with some experience will certainly help. I think my Cope Mustang is better this year than it was last year, and after a couple tough mechanicals at Road America we’ll definitely have something to prove at Brainerd.”

Last year, Tim Gray claimed the top step in the TA2® Masters Class in the No. 60 Ryan Companies US Mustang. The native of nearby Eden Prairie, Minnesota, learned to race at what was then known as the Donnybrooke Road Course. Since then, Gray has amassed 54 Trans Am starts, six class victories, 15 podiums and three poles.

“Every Trans Am event brings excellent competition, and this one in particular means a lot to me, as this raceway is where I did my SCCA drivers’ school and competed in my first-ever Trans Am race,” said Gray, Ryan Companies US Chairman Emeritus of the Board. “I look forward to another fun event this week here in Brainerd." 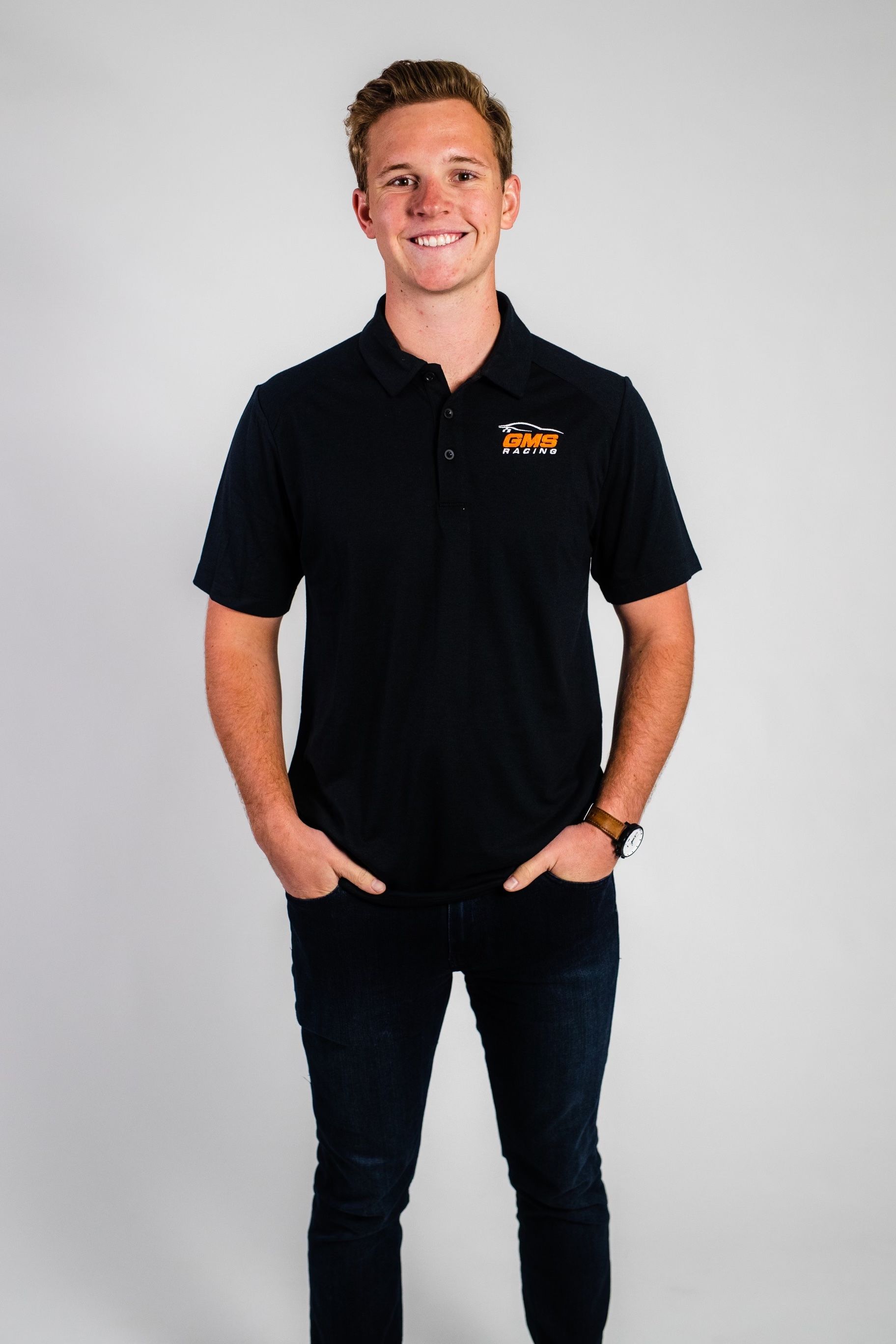 NASCAR Camping World Truck Series driver Jack Wood will make his Trans Am debut at Brainerd to develop his road racing skills with TeamSLR ahead of his next Trucks race at Watkins Glen in August. Wood made his debut in NASCAR Trucks in May at Circuit of the Americas (COTA). Wood described the road-course race as an “eye-opener” as his only prior road-course experience came in go-karts and in a lone NASCAR K&N Pro Series West race at Sonoma Raceway in 2019.

“NASCAR for the longest time has been speedway, superspeedway and short-track racing," said Wood. "Over the past few years, we’ve seen a change in the schedule to feature more road courses. It’s pulling a lot of drivers from different backgrounds like dirt racing and road racing. You want to make yourself a jack-of-all-trades. You cannot just be one-dimensional anymore. You need to be good in a lot of areas.

"My expectations for this weekend are actually low in terms of finishing positioning - I want to focus on myself, and I want my last lap to be better than my first lap," continued Wood. "My biggest thing is showing up and learning. This will not be my last time in a Trans Am car, so I’ll be able to continue to learn for the future."

Local driver from Fridley, Minnesota, Chad Christenson will make his Trans Am TA2® debut on his Brainerd home track, driving the No. 08 TRB Autosport Ford Mustang.

Trans Am drivers will compete in a full test day on Friday (July 16) with practices filling Saturday (July 17) morning before the Trans Am qualifying block starting at 3:15 p.m. Central. Sunday (July 18) closes the three-day event with a combined 100-mile sprint from Trans Am TA and TA2® drivers at 11:25 a.m. Central.

The weekend will be live streamed on the Trans Am by Pirelli Racing App starting on Saturday. Download and subscribe: https://bit.ly/34qQfCG