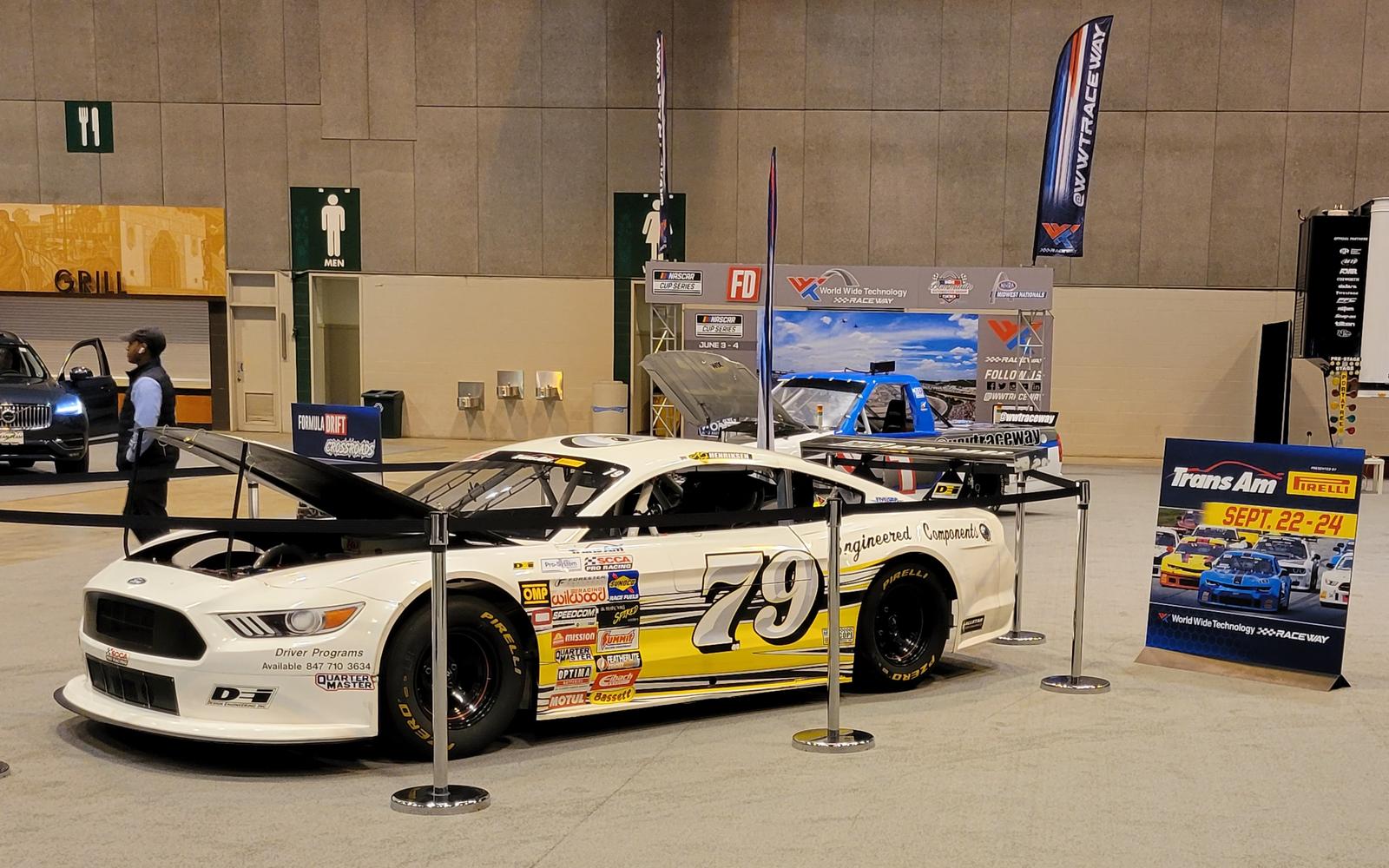 This past weekend, the St. Louis Auto Show welcomed racing fans and car enthusiasts alike at America’s Center and The Dome in St. Louis, Missouri. One large section of the show belonged to World Wide Technology Raceway, the St. Louis-area track where the Trans Am Series presented by Pirelli will race on September 22-24 as part of the inaugural SpeedTour Grand Prix Festival. The display featured a Trans Am TA2 car, in addition to vehicles representing other series on the track’s 2023 calendar, such as NASCAR and INDYCAR, as well as an official pace car and a kart from the track’s Gateway Kartplex.

The Trans Am car featured was AJ Henriksen’s No. 79 ECC/Engineered Components TA2 Ford Mustang provided by ECC Motorsports, which was seen by the event’s 45,000 attendees.

“We are so happy that ECC Motorsports allowed us the opportunity to include a Trans Am TA2 car in World Wide Technology Raceway’s St. Louis Auto Show display in promotion of September’s inaugural SpeedTour Grand Prix Festival,” said Trans Am President John Clagett. “We are really looking forward to bringing the Trans Am Series and its fans to World Wide Technology Raceway for the first time in September, and we hope that this inaugural festival turns into a tentpole event for both the track and our series.”