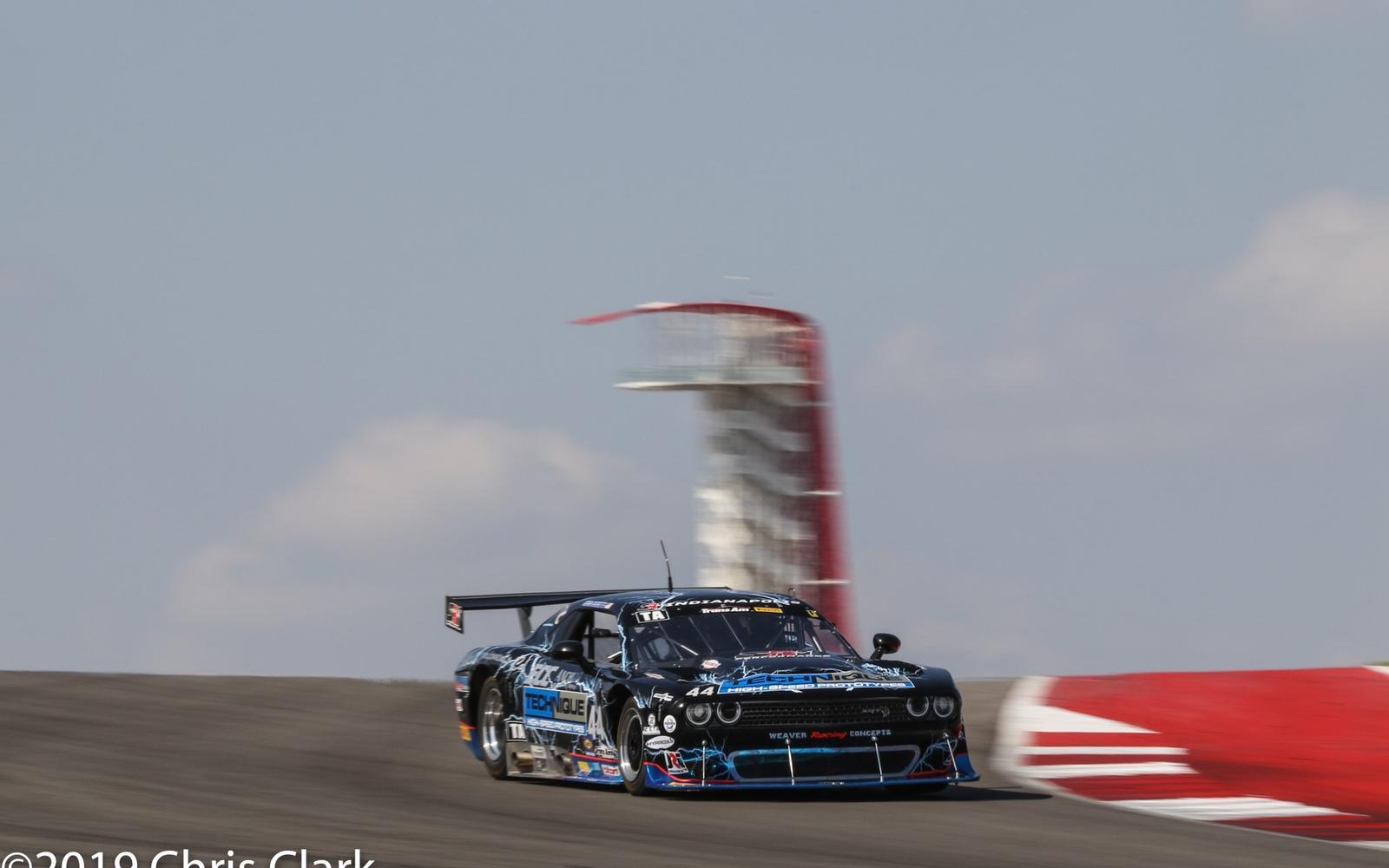 Austin, Texas (4 October 2019) It was a game of patience for the Trans Am Series presented by Pirelli drivers during the mixed-class TA/SGT/GT 100-mile feature at Circuit of The Americas Saturday. After starting from second-place, Adam Andretti (No. 44 SRIPerform/ECC/AnchorBoltScrew Dodge Challenger) closed nearly an eight-second gap to claim his maiden victory in the TA class.