A new year is here! The start of the 2023 Trans Am Series presented by Pirelli season is less than two months away, and there are so many exciting moments to look forward to, with the series’ first visit to World Wide Technology Raceway, the TA class taking on the Brickyard, the inaugural Golden Gate Cup, and Thad Moffitt, grandson of Richard Petty, making his TA2 debut.

However, 2022 was one of the biggest and most exciting seasons the series has ever experienced, with lots of memorable races, new drivers and records set. Let’s take a moment to reflect on some of the most exciting moments for the series in 2022.

It’s always exciting to see faces from other forms of motorsports in our paddock, and in 2022, three big names from the world of NASCAR not only got behind the wheel of TA class cars, but won. 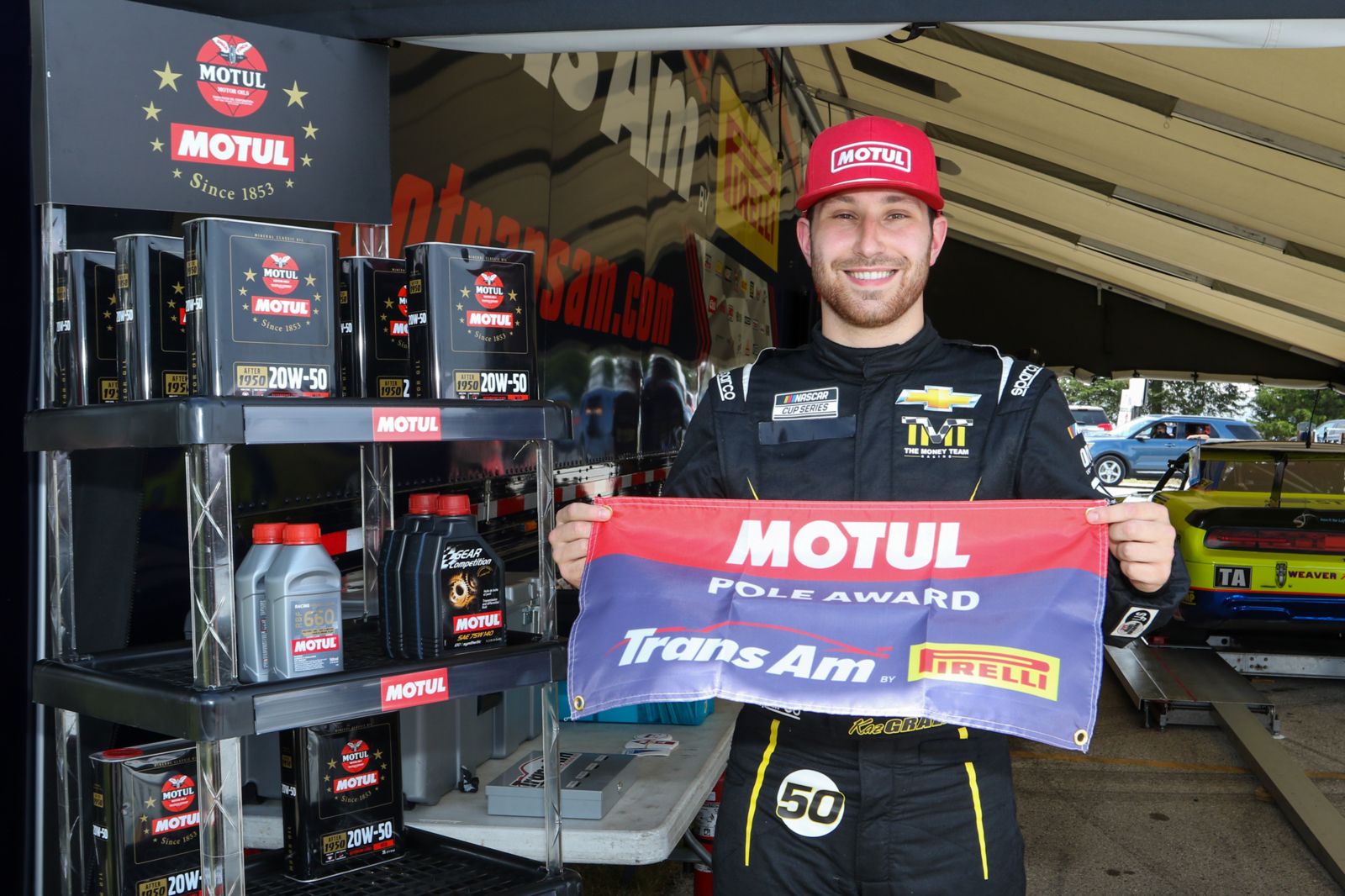 Brickyard 400 winner Paul Menard came to Charlotte Motor Speedway with dozens of NASCAR starts on the track’s oval and ROVAL configurations, but none at the track in the Trans Am Series. The racing veteran started Round 2 of the TA season from the pole and it seemed he would easily cruise to victory, but tire trouble at the halfway point put Menard down a lap. Fast work on pit road by the Showtime Motorsports team and obstacles encountered by other competitors allowed Menard to fight his way back to the front, and after a heated battle with Tomy Drissi, Menard earned the top spot on the podium.

After mechanical issues at Mid-Ohio took him out of contention while running up front in his series debut, Kaz Grala returned the following weekend and dominated from green flag to checkers at Road America, leading every lap to take the trophy in Round 8 of the season.

In his first TA class start of the 2022 season, Justin Marks won the Franklin Road Apparel Classic at Watkins Glen International in a rain-filled event where he led every treacherous lap in the wet. Marks later announced that he would be running full-time in the Trans Am Series in 2023 for Showtime Motorsports.

The TA class came to the track armed with a brand-new tire in 2022, as the Pirelli 18” P Zero hit the track for the first time at Sebring. The new tire set race and qualifying records at almost every track this season, and in Watkins Glen, the new Pirelli 18” rain tire made an impressive first run with a safe and competitive showing.

The Trans Am Series experienced a lot of firsts and records in 2022. After earning his first-career Trans Am Win at Mid-Ohio, Milton Grant captured the SGT championship at COTA at 74 years and 18 days of age, becoming the oldest title holder in series history. His son, Carey Grant, finished second in the SGT class standings, making the conclusion of the season a very special family affair.

The Trans Am Series Western Championship had an exciting day at Portland International Raceway, with three classes represented in the top-three finishing positions when the checkered flag waved. Chris Evans in the SGT class dominated much of the event to take the overall win, followed by Motul Pole Award winner Erich Joiner’s XGT car in second and Ken Sutherland third, taking the win in the TA2 class.

With 35 years of racing experience, Boris Said has been a staple at road courses across the United States and around the world. The 2002 Trans Am Series TA champion ran double duty at VIRginia International Raceway, driving in both TA and TA2. But one thing made VIR different for him: He raced alongside his son, Boris Said Jr.

The younger Said has spent the last two years in SCCA Spec Miata, competing in 17 events, but the 18-year-old made his Trans Am Series debut in TA2 at VIR, driving the No. 89 3-Dimensional Services Group Ford Mustang. While the debut was not everything he had hoped for due to a troubles in the race, the experience was special for both father and son. “It’s the first time I’ve ever raced hoping that somebody would beat me,” quipped the older Said.

There’s no question that Chris Dyson’s year was exceptional, as he dominated much of the season on his way to his second-consecutive championship. But perhaps no point of the season was more exciting for Dyson and his fans than the four-race stretch that all but solidified his title. Dyson won both the race and the pole at four-consecutive events, standing atop the podium at Road Atlanta, WeatherTech Raceway Laguna Seca, Sonoma and Lime Rock Park. The veteran racer started and finished 2022 with victories as well, but his four-race mid-season streak was most illustrative of how dominant he was last year.

4. The Battle of the Young Guns

In 2022, TA2 competitors saw the introduction of the Young Gun Award, a $20,000 prize for the highest-finishing driver under the age of 25, and it immediately became one of the hottest competitions of the season. Drivers like Brent Crews, Connor Mosack, Connor Zilisch, Dylan Archer, Evan Slater and Darin Mock were hot on each other’s tails all year, and the top Young Gun title came down to the final laps of the final race. Crews and Mosack came into the season finale at COTA just three points apart, and the two raced hard throughout the event. It appeared that Mosack had the award wrapped up, as he was running third to Crews’ 11th just prior to the white flag, but a mechanical issue stopped the No. 28 on the racetrack, and Crews passed him on the final lap to take the inaugural award.

The Trans Am Series hosted an all-time record number of entries in the 2022 season finale at Circuit of The Americas. The combination event with both National Championship and Western Championship participants featured a total of 80 entries between the TA/XGT/SGT/GT race and TA2 race, making it the largest field since the series’ inception in 1966.

In addition to the record-breaking combined entry list for the longest-running professional road racing series in North America, the TA2 event on its own has 53 participants, the largest field ever entered in the class. 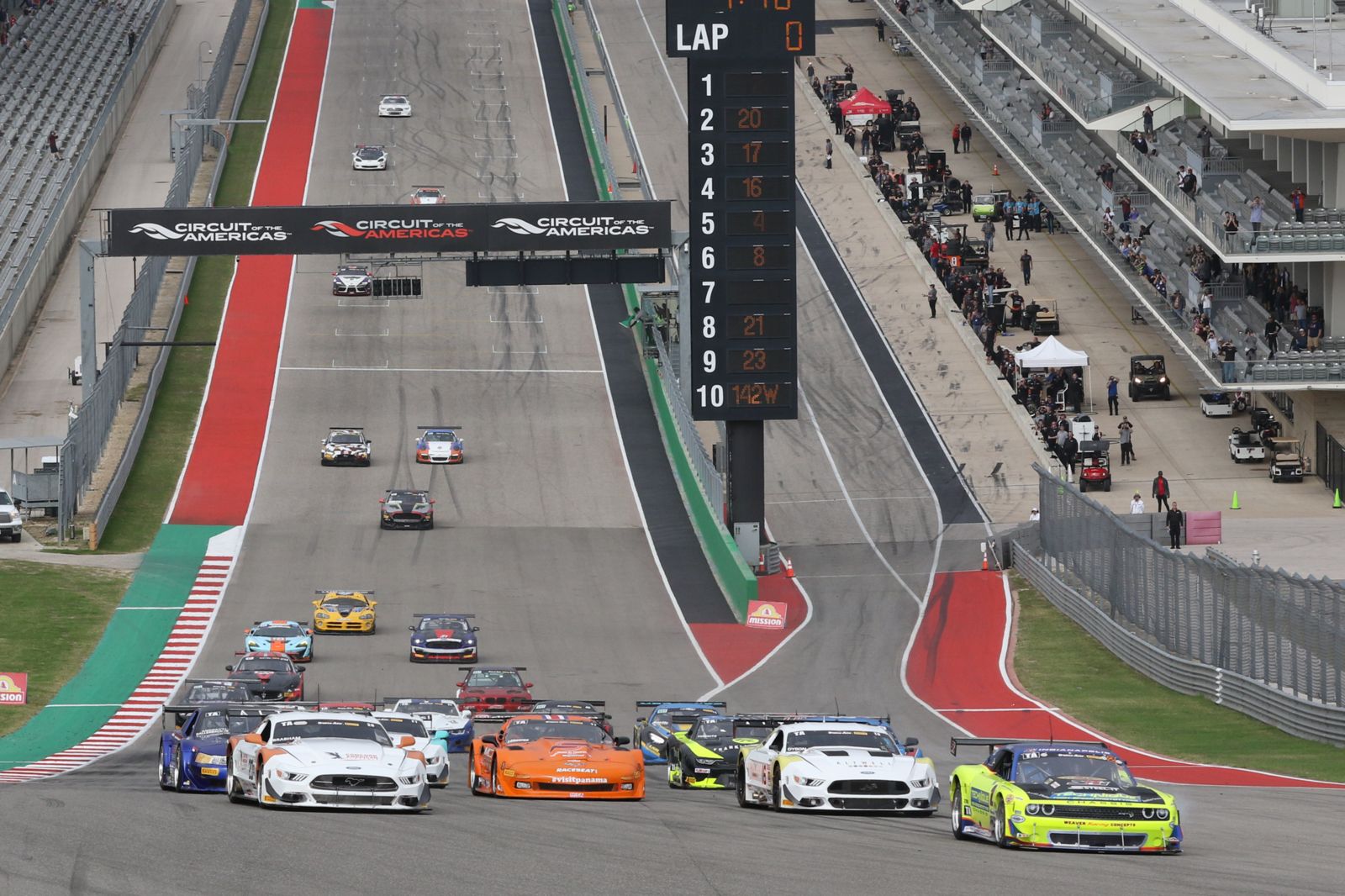 At just 14 years, three months, and four days old, Brent Crews became the youngest winner in the history of the Trans Am Series after dominating the TA2 event at Road America. Crews, who earned the title of youngest Motul Pole Award winner the day prior in qualifying, cruised to victory by leading flag to flag in Round 8 of the 2022 season. Crews went on to win two more races before the season was over, taking the checkered flag at the Big Machine Music City Grand Prix in Nashville and the penultimate race of the season at VIR.

Hollywood couldn’t have written a more exciting ending to the TA2 season finale at Circuit of The Americas, where Thomas Merrill overcame nearly impossible odds to win the 2022 TA2 championship. Unfortunately, his perfect day meant heartbreak for Rafa Matos, who appeared to have the championship wrapped up before the green flag waved. Matos suffered insurmountable adversity, which ended his day early and cost him his third TA2 title by virtue of a point standings tiebreaker.

Coming into the Mission Foods Austin SpeedTour at COTA with a 32-point deficit behind Matos and only 35 points available in a single race, Merrill needed every possible point to have a chance at the TA2 title. Earning the pole in the weekend’s qualifying session, he garnered three valuable points, but Matos also claimed two points with a second-place qualifying effort. At the wave of the green flag, the two experienced competitors took to the track side by side, but Merrill pulled ahead to take the lead as the cars behind him went five and six wide. Matos immediately suffered contact to his left-rear fender, but continued with the damage. On lap nine, Matos suffered a brake failure and drove hard into the wall, causing catastrophic damage to his racecar. His team miraculously got the car back on course within two laps, but the two-time champion was unable to get his car back to full throttle. With only 12 laps completed, Matos pulled into the paddock, retiring in the 49th position.

The work was not done for Merrill, who could only mathematically earn the TA2 title with a win. On the final lap, Connor Zilisch, who had run in second for much of the race, was actually able to pass Merrill, which would have destroyed Merrill’s championship hopes. However, Zilisch drove wide into the following turn, and the two drag raced through the course. Merrill barely got back past Zilisch, and as the two ran nose to tail, Zilisch had the opportunity to bump his competitor for the win. However, Zilisch raced fiercely but cleanly, and Merrill crossed the finish line with the victory. His season finale win was only enough to tie Merrill with Matos in the points, but the tiebreaker for the title was based on wins. The COTA victory meant Merrill had tallied three wins, whereas Matos had only scored two, and Merrill was declared the 2022 champion. 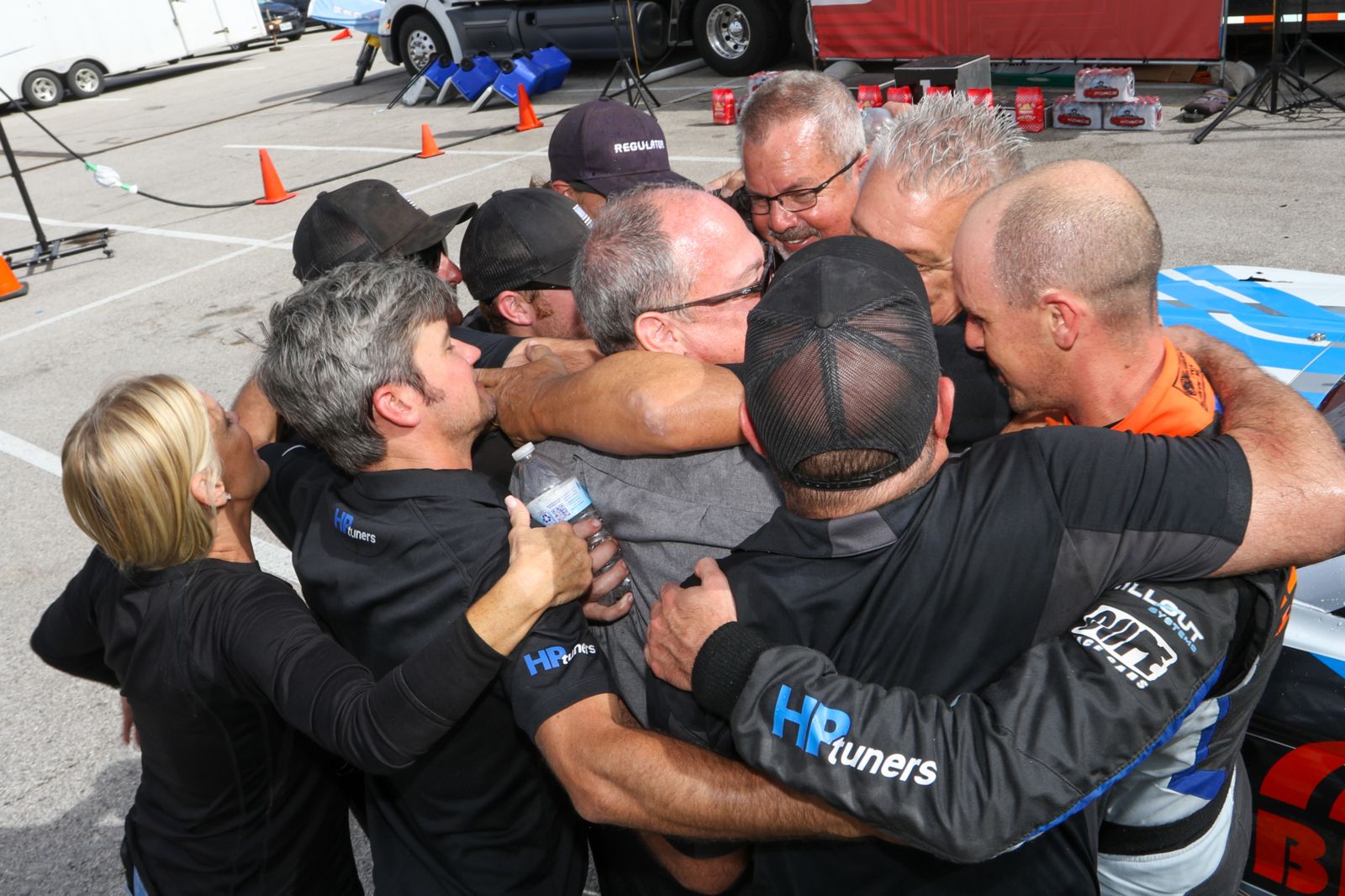