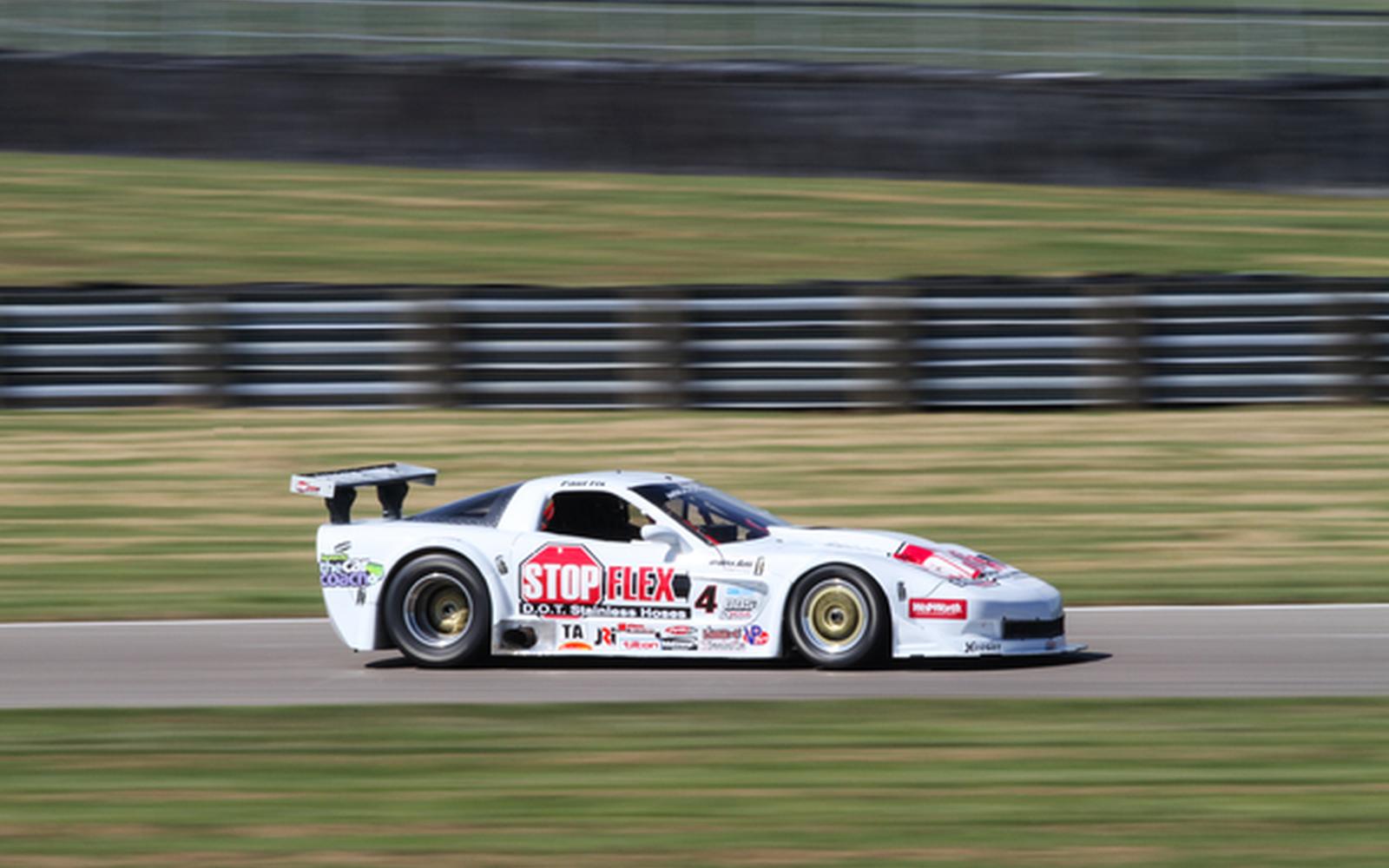 Paul Fix Still in Championship Contention in TA Class;  Car Switch for Tony Ave in TA2 Along with Added Driver of Johan Schwartz

Paul Fix is still in championship contention for the Trigon Trophy Trans Am Points Championship as the team prepares for competition the week. Fix, driver of the Tony Ave Racing (TAR) No. 4 StopFlex.com/TheCarCoach.com Corvette is just 25 points behind Trans Am leader Amy Ruman (312 to 287 points), with a potential 35 points on the line at Daytona International Speedway (DIS) in Daytona Beach, Florida this week. The pair have been TA class title contenders for most of the season and have delivered neck-and-neck finishes that have enthused the fans race after race.

"We need a lot of luck to win it but all we can do is put our head down and give it everything we have and see how it goes," said Tony Ave about Fix's championship possibilities.

Doug Peterson, in the all-new No. 87 3-Dimensional.com Cadillac CTS-V entered by TAR and built on an AR-1 chassis from Ave Motorsports, won the Daytona Trans Am finale in 2013 and collected the pole last year in the TA class.

"Doug is very good at Daytona and is wanting to go out with a win," added Ave. "At the same time, we are still learning what the Cadillac likes and doesn't like and we won't know how much it likes Daytona until Saturday."

Team work has been the key to the many successes Tony Ave Racing has experienced this season. The hard-working TAR crew has pulled off a few minor miracles, including last weekend's transmission change for Fix in a matter of minutes.

"Hopefully it will be a calm weekend in Daytona where no heroics are needed," Ave said. "However, truth be told, in this business it's the people that make all the difference, and our team has proven that year in and year out. I like our chances rain or dry, although rain races are something we work hard at, by testing as much as possible in the rain. It looks like it'll be clear skies this weekend though."

Ave has switched up the driver lineup for his regular No. 70 Lamers Motor Racing Ford Mustang, as he has done on a previous occasion this year.

"In light of the continuing development of the fuel-injected Ilmor Ford engine in my No. 70 car, I have taken an opportunity, presented to me by my long-time friend (and shock dyno guru), Kurt Roehrig, to drive his No. 04 Camaro in the TA2 Daytona event," Ave said. "I have asked Johan Schwartz to drive my No. 70 car to continue gathering data for that package."

Tony Ave Racing's other TA2 entries include Justin Napoleon and his father, Joe Napoleon, who race identical No. 90 and No. 91 TurnKey Industries/CommState Bank Camaros. Last year the pair competed at the Daytona finale, just one of two races in 2014, with Joe finishing ninth and Justin in 12th place.

"The Napoleon's are as focused as ever and are returning to Daytona, where we first worked together, so we're all very excited to see how we can do," said Ave.

The three AR-1 chassis Corvettes for Round 12 include Claudio Burtin (No. 7 Foametix Corvette), Jim MacAleese (No. 03 McAleese&Assoc./Jetco Engineering Corvette) and David Pintaric (No. 57 Kryderacing Corvette).

"All of our customer cars have had great runs at certain parts of the season, and we will be bolstering those ranks by about four or five more cars next year," Ave said. "This will only strengthen that program."

For the third year in a row. Trans Am ends the year at the 3.56-mile superspeedway, Daytona International Speedway, crowning its new champions and closing the chapter on yet another year of Trans Am racing, in conjunction with Historic Sportscar Racing.