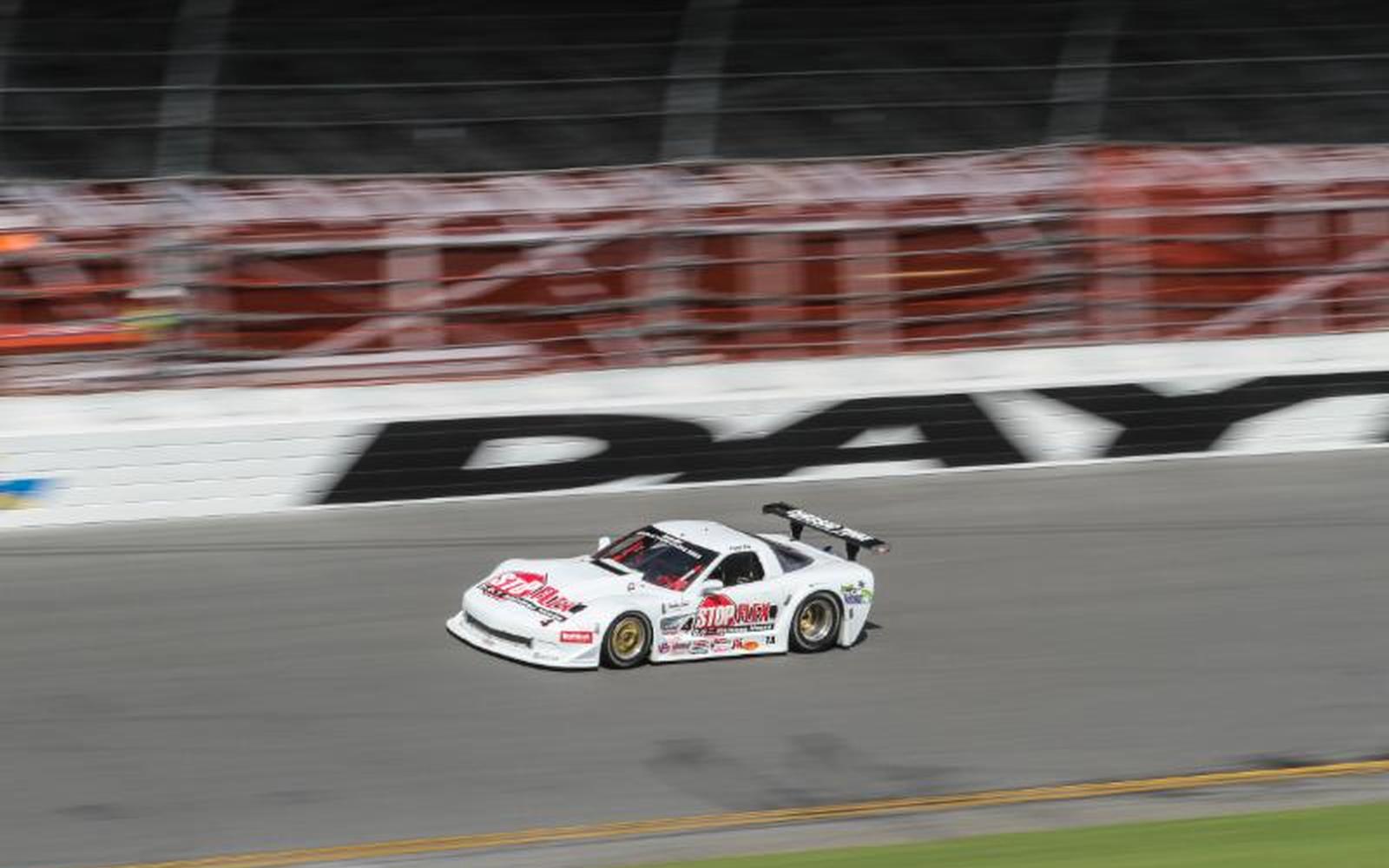 Amy Ruman, driver of the No. 23 Chevrolet Corvette, came home the TA class champion after hard-fought battles and eight victories in 12 Trans Am races this season. The TA2 class championship went to San Antonio, Texas' Gar Robinson, a second-generation racer.

Doug Peterson, in theNo. 87 3-Dimensional.com Cadillac CTS-V, was the highest scoring Tony Ave Racing (TAR) driver, finishing second to Ruman's victory. Paul Fix, driver of the No. 4 StopFlex.com/TheCarCoach.com Corvette, had a slight mathematical chance at the TA championship coming into the race. He led from the pole for the first 16 laps of the 29-lap sprint race and collected the fastest lap of the race but had to settle for seventh place after he and Peterson came together on a restart on Lap 13.

"On the subsequent restart, Doug made a run on Paul, and ended up passing into (turn) one," said Tony Ave. "But there was a difference of opinion regarding if he was under the yellow line, or was forced under, or what. At any rate, the result was a cut tire for Paul and he then went a lap down. Despite being the fastest car on the track, his hope for a win was over.

Doug went on to lead, but it appears we had a differential start to fail, and he lost a lot of drive off the slow corners. This allowed Amy by, and Doug hung on for second place in the race," Ave said.

Fix was still able to finish second in points for the 2015 Trans Am TA class championship with 311 points to Ruman's 345. Peterson finished fourth in the year-end championship with 250 points, behind John Baucom's third place with 266 points.

TAR's David Pintaric, driver of the No. 57 Kryderacing Corvette, started from seventh on the grid in the TA class and drove a clean and steady race to finish sixth, in an impressive Daytona drive.

Claudio Burtin, driver of theNo. 7 Foametix Corvette, started from 15th on the grid but endured a broken rear end and was forced to retire on Lap 4.

Jim MacAleese, in the No. 03 McAleese&Assoc./Jetco Engineering Corvette, was unable to start today's Bullet Liner 100 race due to an engine issue suffered Friday.

TA2 class competitor Ave started the Bullet Liner 100 race from the eighth class position on the grid. He had a good race start and had moved up to sixth place by Lap 4. Unfortunately, brake issues sidelined the No. 04 Chevrolet Camaro he drove for the season finale, which is owned by friend Kurt Roehrig.

"My TA2 car was running great after a slow start; the engine seemed a bit loaded up on the start but cleaned out," said Ave. "We took off and set fastest lap and moved forward very easily. Unfortunately, as I caught Adam Andretti and Shane Lewis approaching the 'bus stop', I had an issue with the front brakes and was not able to keep the car straight enough to avoid spinning through the 'bus stop'. Shane had nowhere to go, taking us both out. "

The Tony Ave Racing TA2 entries of father-son duo Joe Napoleon and son Justin, racing identical No. 91 and No. 90 TurnKey Industries/CommState Bank Camaros, respectively, had a great race return to Daytona, where they first competed with TAR last year.

"The Napoleons finally had things going their way," said Ave. "They were running fourth and sixth, before Justin had some transmission issues that dropped him back a bit. We are all very happy to finally get the results they deserve."

Johan Schwartz, who was expected to drive the No. 70 Lammers Motor Racing Ford Mustang, the usual steed of Ave, but the car suffered too much damage in practice on Friday and was withdrawn from today's competition.

"We've had quite a season in 2015," said Ave. "We are extending our customer car ranks next year and hope to add onto this season's great runs and successes and strengthen the program for 2016."