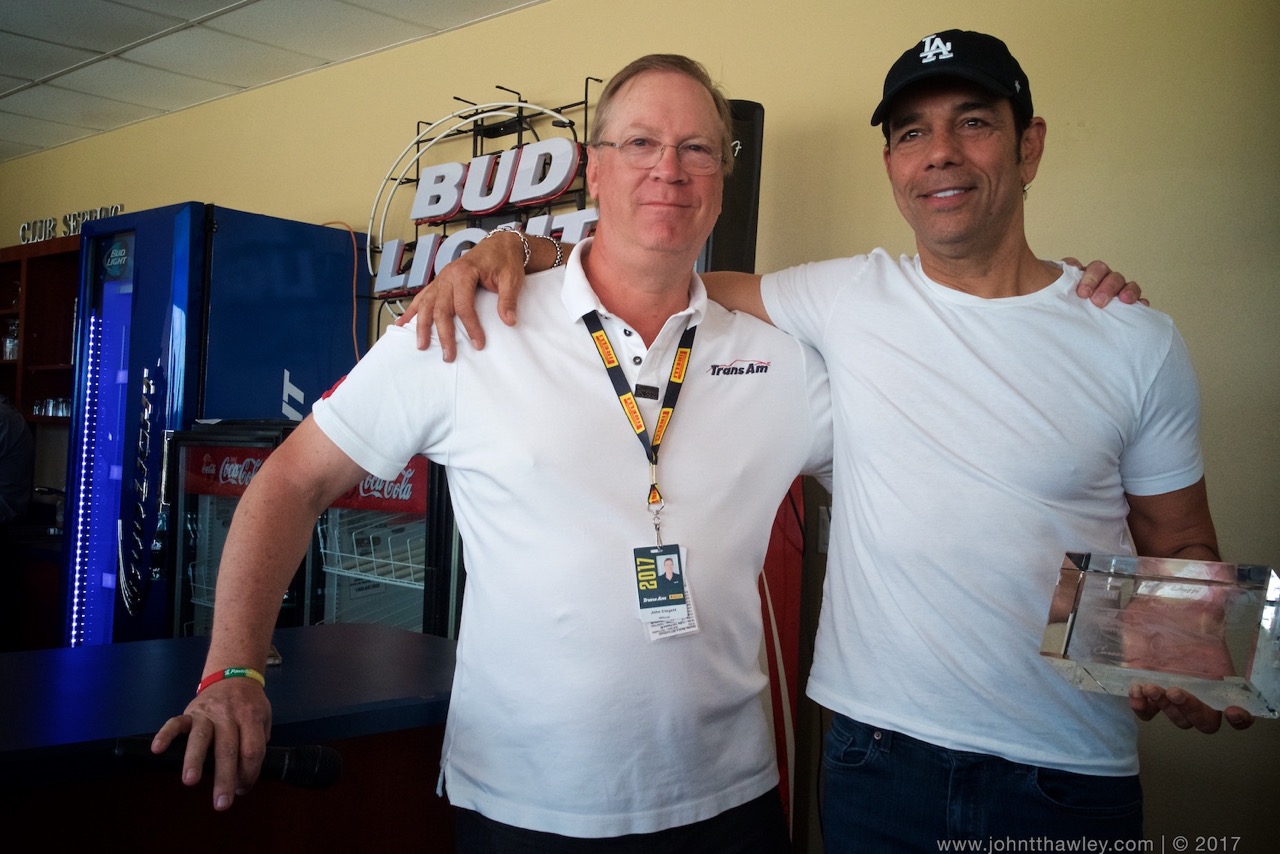 Tomy Drissi received his crystal award from TransAm Series President, John Clagett,  in recognition of a milestone in his career, making his 100th TransAm start at Sebring International Raceway.

Running is first TransAm race at Long Beach in 1999, driving a Ford Mustang Cobra, Tomy was the Top Rookie of the race. Exactly one year later, Tomy tore up the streets of Long Beach taking his first TransAm win, again in a Ford Mustang. Tomy has since gone on to take three wins, 28 top-5s and 59 top-10s… an amazing tribute to Tomy’s consistency. In 2009, Tomy was crowned TransAm Champion.

Tomy is making his 100th TransAm start at Sebring, March 5th. He is driving the No. 8 Corvette featuring Ghost in the Shell, opening March 31. Ghost in the Shell is an upcoming American science fiction action film directed by Rupert Sanders and written by Jamie Moss and Ehren Kruger, based on the Japanese manga of the same name by Masamune Shirow. Sanders dedicated the film to Buried director Rodrigo Cortés. The film stars Scarlett Johansson, Michael Pitt, Pilou Asbæk, Chin Han and Juliette Binoche. It will be released on March 31, 2017, in 2D, 3D and IMAX 3D.