Time to Show Them 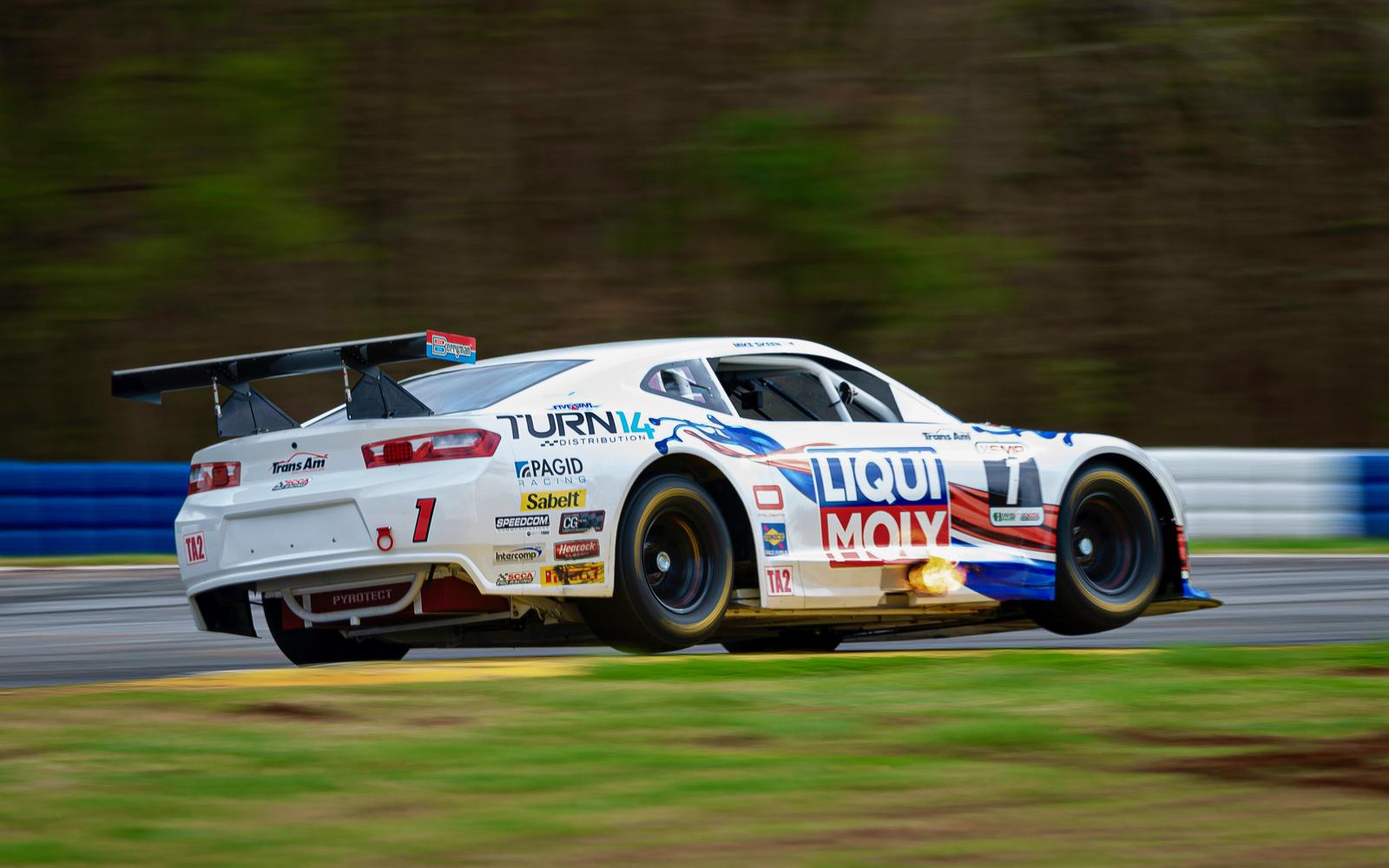 After a couple of top-five finishes, owner Joe Stevens said, “It’s time to show them what we’ve really got. We arrived at Sebring with a brand-new car that had never turned a wheel. Finishing on the podium was good but, honestly, we expect more from ourselves.”

During Road Atlanta, the No. 1 Liqui Moly, Turn 14 Distribution Camaro, driven by 2020 Series Champion Mike Skeen, had a power steering servo fail on the warm up lap.

“Road Atlanta was tough,” Stevens continued. “With intermittent power steering the car was extremely hard to drive and Mike did a hell of a job to bring the car home fifth. We are looking forward to putting our initial issues behind us and have a great result this weekend as we’ll have Liqui Moly management joining us for the event.”

Skeen said, “I’m excited that we get to race at Laguna Seca after missing out in 2020. It’s always a great place to go and it’s great that we’ll have guests from Liqui Moly joining us. Although we have had some good top-five finishes to start the year, I don’t think we’ve been able to show our true potential. The power steering issue we had at Road Atlanta made my job extremely difficult but we were able to bring it home. This weekend we fully intend to hit the ground running and put the No. 1 Liqui Moly, Turn 14 Distribution, Camaro up front where it belongs.”

Liqui Moly USA Director Sebastian Zelgar added, "We've been excited for this upcoming race at Weathertech Raceway Laguna Seca. It is such a legendary track with so much history and it's one of the tracks on the schedule we circled at the beginning of the season. With our main office located in California, it’s like we’re racing on home turf. We're hopeful for a great finish with Mike Skeen as he pilots the Liqui Moly, Turn 14 Distribution Camaro protected by our 20W-50 Touring High Tech oil paired with our MoS2 additive. A win here would go a long way for us to bring home the third championship in three years!"

Stevens said, “After our success the last two years we know what it takes. The field and the series gets stronger every year and we have to continue to raise the team’s capabilities and equipment to meet the challenge. Liqui Moly plays a key role in our performance and reliability. We use the 20W-50 Touring High Tech racing oil along with the MoS2 additive. The quality of the oil is unmatched and MoS2 lowers friction and greatly enhances the reliability, as well as extending the life of our engines.

“I have to thank Chas Howe and his team at Howe Racing Enterprises, they’ve been a huge help and produce incredible cars that have taken us to back-to-back championships. Chas and his chassis have already won three championships in a row – and we want to give him his fourth!

“We hope the fans all tune-in to the live-stream coverage of qualifying Friday at 4:40 p.m. PST and the race Saturday at 1:30 p.m. PST on the Trans Am app. We’ll once again have the Liqui Moly in-car camera riding along with Mike Skeen so don’t miss it!

“We also want the fans to tune-in to ESPN’s Race Central with host Kurt Hansen Friday at 3:15 p.m. PST as Mike will be his guest. You can use this link to join the show from your home http://player.listenlive.co/48471.”

Stevens-Miller Racing (SMR) has one of the highest winning percentages in Trans Am’s TA2 category. SMR’s staff has earned 40-plus podiums, three championships, multiple Hard Charger Awards, Rookie of the Year, and more. The team’s focus is achieving the driver’s desired goals. SMR has what drivers need, be it GT2, SVRA Group Six, or TA2. Whether it’s to have fun, develop your driving ability, or win a championship, SMR does it all and has the winning history to back it up. See www.stevensmillerracing.com for more details about our programs and Arrive & Drive and car prep opportunities.