INDIANAPOLIS (21 August 2020) – Lyn St. James. Willy T. Ribbs. Mark Donohue and Roger Penske. All three have made major contributions to the Indianapolis 500 – and the Trans Am Series Presented by Pirelli helped launch them on the road to Indy.

Trans Am taught St. James how to get up to speed
Lyn St. James competed in four fulltime Trans Am seasons. She finished 10th in the championship in 1983, driving a Mercury Capri for Tom Gloy. She returned in 1988 to run three years for Jack Roush, ending with seven top-fives and 23 top-10s in 53 races.

St. James finished on the podium in her first race for Roush, taking third at Long Beach in a Mercury Merkur XR4Ti. She placed fourth at Long Beach the following year in a Ford Mustang, while finishing fourth three times in 1990. 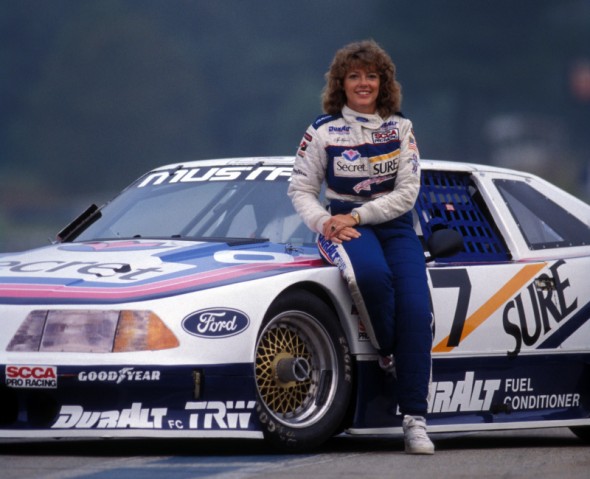 “Looking back, I think that was the best era of Trans Am racing,” St. James said. “Everyone talks about the Sixties with Mark Donohue and Parnelli Jones, and that was fabulous. But when I raced it was different. We had very deep fields, and it was only one class. It was tough competition; it was very deep competition, with a lot of really strong cars and drivers. You had to get it done and show what you’ve got. I had some great ones, but I had some not so great.”

Learning to get up to speed quickly for Trans Am qualifying paid major dividends for St. James when she made it to Indianapolis in 1992, where she finished 11th in her first of seven Indy 500s.

“Racing Trans Am taught me, more than anything, how to get up to speed now, fast,” St. James said. “I was used to having 30-minute qualifying sessions, and I had developed habits to go out and warm the car up, warm the driver up. In Trans Am, you couldn’t do that. We had very short sessions, and you had to learn to go fast when the tires weren’t in yet. When I went to Indy – even though you’d think we had days of practice – the tires didn’t last that terribly long once they came in. That whole mindset, of getting in the car and getting right with the program, it was all about getting with it right away. That intensive and learning to push the car right out of the box was what I learned in Trans Am.”

St. James was the second woman to compete in the Indy 500 – and her predecessor also had ties to Trans Am.

Janet Guthrie had competed in two Trans Am races in 1968 and 1973 prior to becoming the first woman to race in the Indy 500 in 1977. Guthrie also raced at Indy in 1978 and 1979. She competed in Trans Am five times, with her finish finishes fourth at Watkins Glen and Mexico City in 1978. 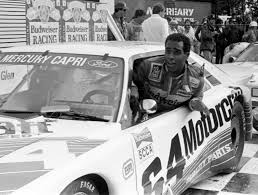 Ribbs vacated his ride prior to the 1984 season opener, and joined Jack Roush’s rookie Roush Protofab team five races into the campaign. He took second in his first drive in a Mercury Capri at Detroit, then won three of the following four races at Daytona, Brainerd and Watkins Glen. Ribbs ended the year with four victories and placed third in the final standings.

Ribbs did even better in 1985, winning seven of 15 races and finishing second in the championship behind Roush teammate Wally Dallenbach Jr. That was his last full season in Trans Am, although he ran selected races for Les Lindley in 1988, winning at Sears Point from the pole. Ribbs ended his Trans Am career in 2000, finishing with 17 victories in 61 starts.

“Trans Am was one of the ladders that I went up to get to Indy,” Ribbs said. “I did Formula Ford and Formula, and Trans Am was the next ladder where I wanted to go. I made a good living doing it, and I won a lot of races. But, no matter,what championship you’re in, you’ve got to show the big league that you can win races, and that’s what I did in Trans Am.”

Ribbs proved he could win at a high level in Trans Am – in addition to bringing plenty of interest and excitement whenever he completed.

Donohue, Penske’s Trans Am success carried over to Indy
Mark Donohue ran five seasons in Trans Am – recalled by some as the “Golden Years” of the series – beginning in 1967. He won 29 career races, in addition to three then-unofficial driver titles and finished second twice. He also led Chevrolet (1968-69) and AMC (1971) to the all-important manufacturer championship. 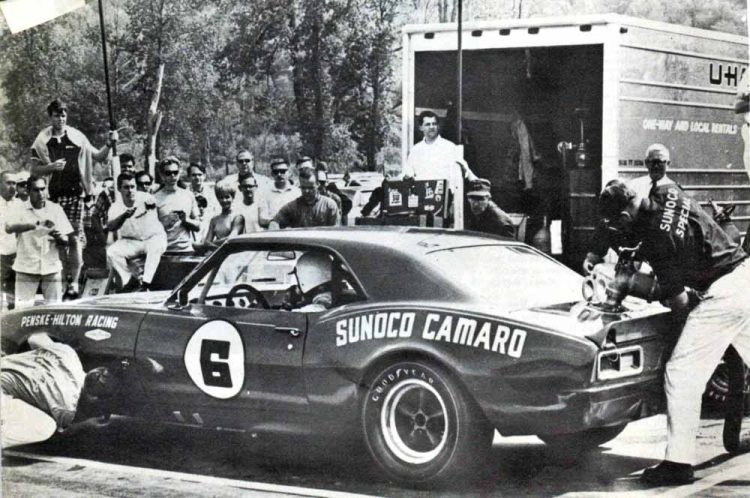 More importantly, Donohue’s dominance in Trans Am opened the door to Indianapolis for both Donohue and Roger Penske’s race team.

Donohue was the Indianapolis 500 Rookie of the Year in 1969, finishing seventh, and placed second in both 1970 and 1971. Donohue also won the inaugural Schaefer 500 to christen Pocono International Raceway in 1971, giving Penske Racing its first Indy car triumph. For 1972, no longer racing in Trans Am, Donohue and Penske teamed to win the Indy 500. It was Donohue’s only victory at the Brickyard, but the first of 18 for Penske. This weekend, Team Penske will be looking to add to that total.

Trans Am made its Indianapolis Motor Speedway debut as a Series in 2017 and it has been a team and driver favorite on the schedule ever since.