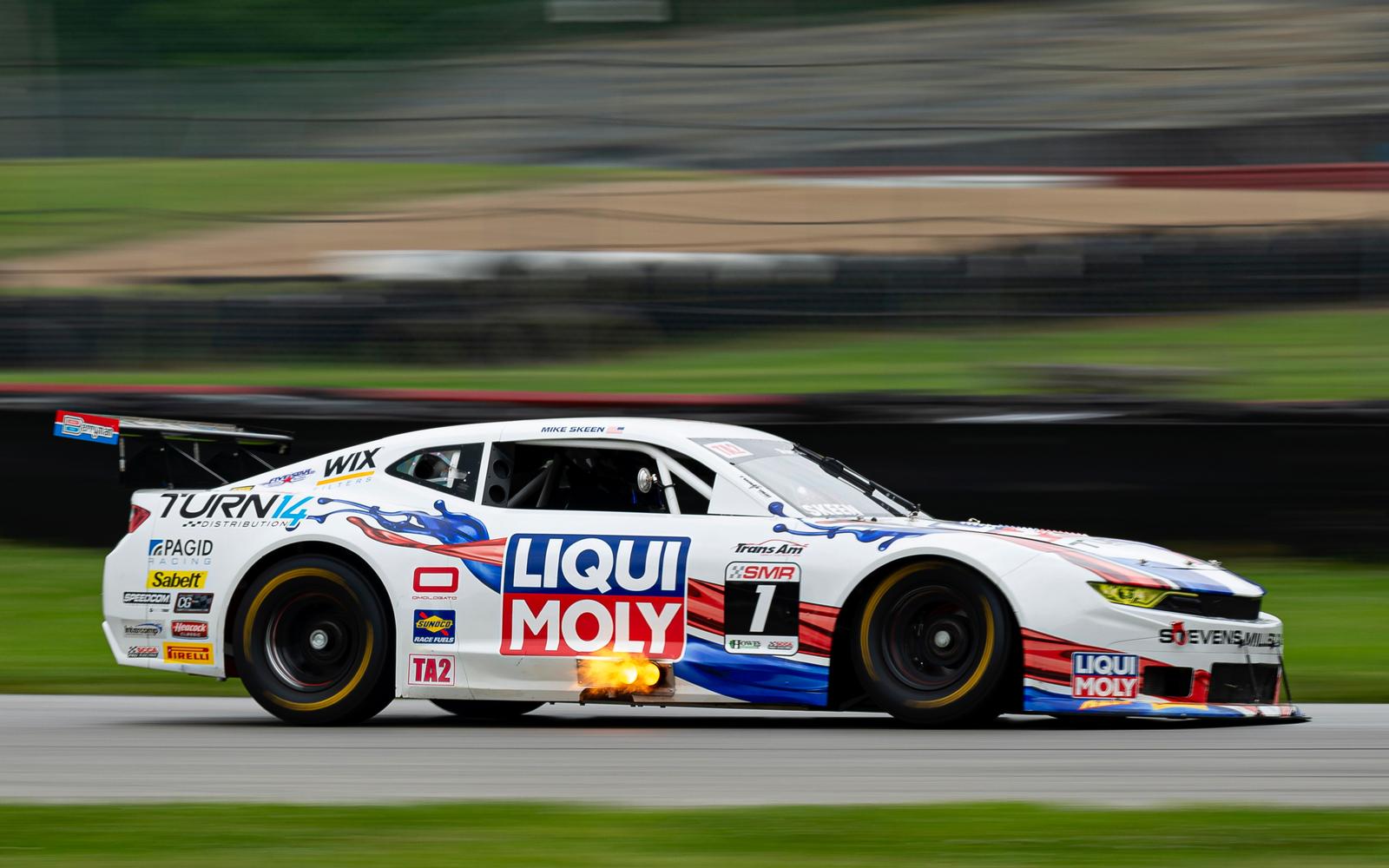 ELKHART LAKE, Wis. (2 July 2021) – Coming back from the first DNF of his Trans Am Series presented by Pirelli career last weekend, Mike Skeen made a strong statement at Road America on Friday,setting a new track record to capture his third TA2® Motul Pole Award of the season.

The Charlotte, N.C., driver turned a lap of 2:11.540-seconds in the No. 1 Liqui-Moly/Turn 14 Distribution Chevrolet Camaro to secure the 10th pole of his career, ninth in TA2® competition, leading the massive 38-car field.

"This is awesome, we knew we were fast, but we didn't know we were going to be that fast that quick," said Skeen. "We've had a great car since we unloaded, and we are just looking for a nice clean race tomorrow to get caught back up in points." 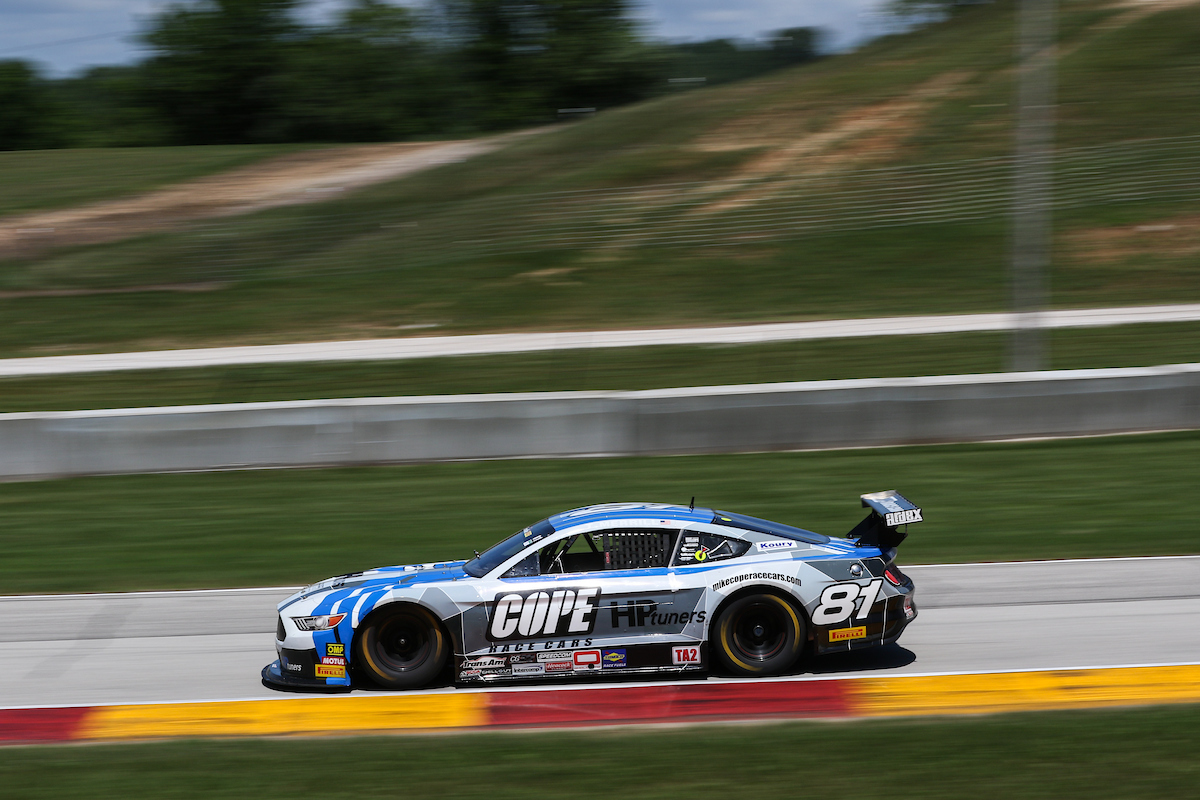 Merrill timed in second fastest, 2:11.991-seconds, but his No. 81 HP Tuners/Mike Cope Racing Ford Mustang went off in Turn 8 late in the session with a mechanical.

"Thankfully we have four miles of race track to spread ourselves out nice and early," Merrill said. "That gave the front runners at least enough laps to put something down without any issue. I think we had something for Mike (Skeen) there at the end, but unfortunately, we had a mechanical issue. Full credit to Mike; that was a great lap he put together."

Matos, coming off a dominant flag-to-flag victory at Mid-Ohio, was third with a lap of 2:12.095-seconds, in the No. 88 3-Dimensional Services Ford Mustang, but his lap was later disqualified in post-qualifying tech (splitter height).  Matos will now start at the back of the grid for Saturday’s 100-mile sprint.

Sam Mayer led the contingent of up-and-coming NASCAR drivers. Mayer was promoted to a third-place start, finishing the session with a best time of 2:12.770-seconds in the No. 8 SLR Camaro.

TeamSLR took positions third through fifth, with series regular Connor Mosack fourth in the No. 28 Nic Tailor Camaro and series’ debutant Austin Green fifth in the No. 96 Camaro. Cup Series regular Austin Dillon did not run in qualifying in the No. 92 K&L Ready Mix/M1-SLR Fields Camaro. 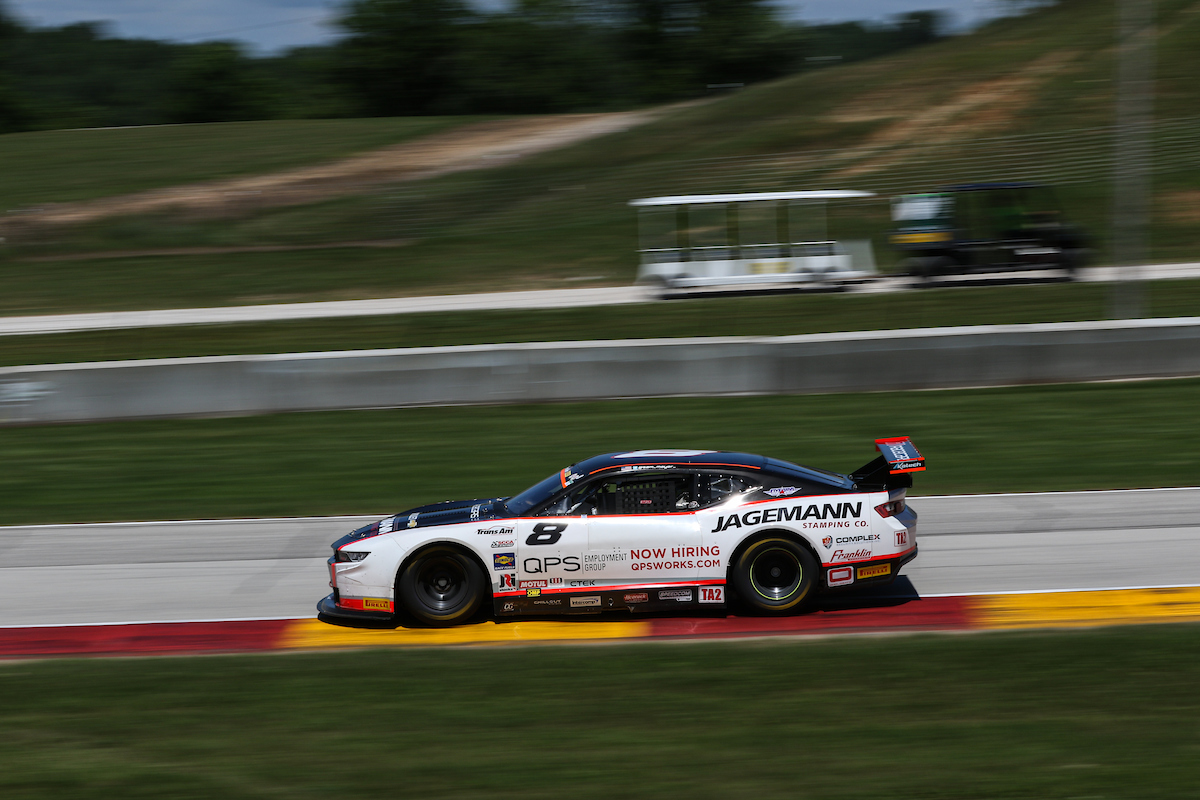 Mark Brummond, a two-time 2021 Pro-Am winner in SGT, is filling in for Jordan Bupp in the No. 83 Stevens-Miller Racing Camaro. He did not participate in qualifying, which will put him near the back of the 38-car field.

Event photos and updates will be available across all @gotransam social media channels.