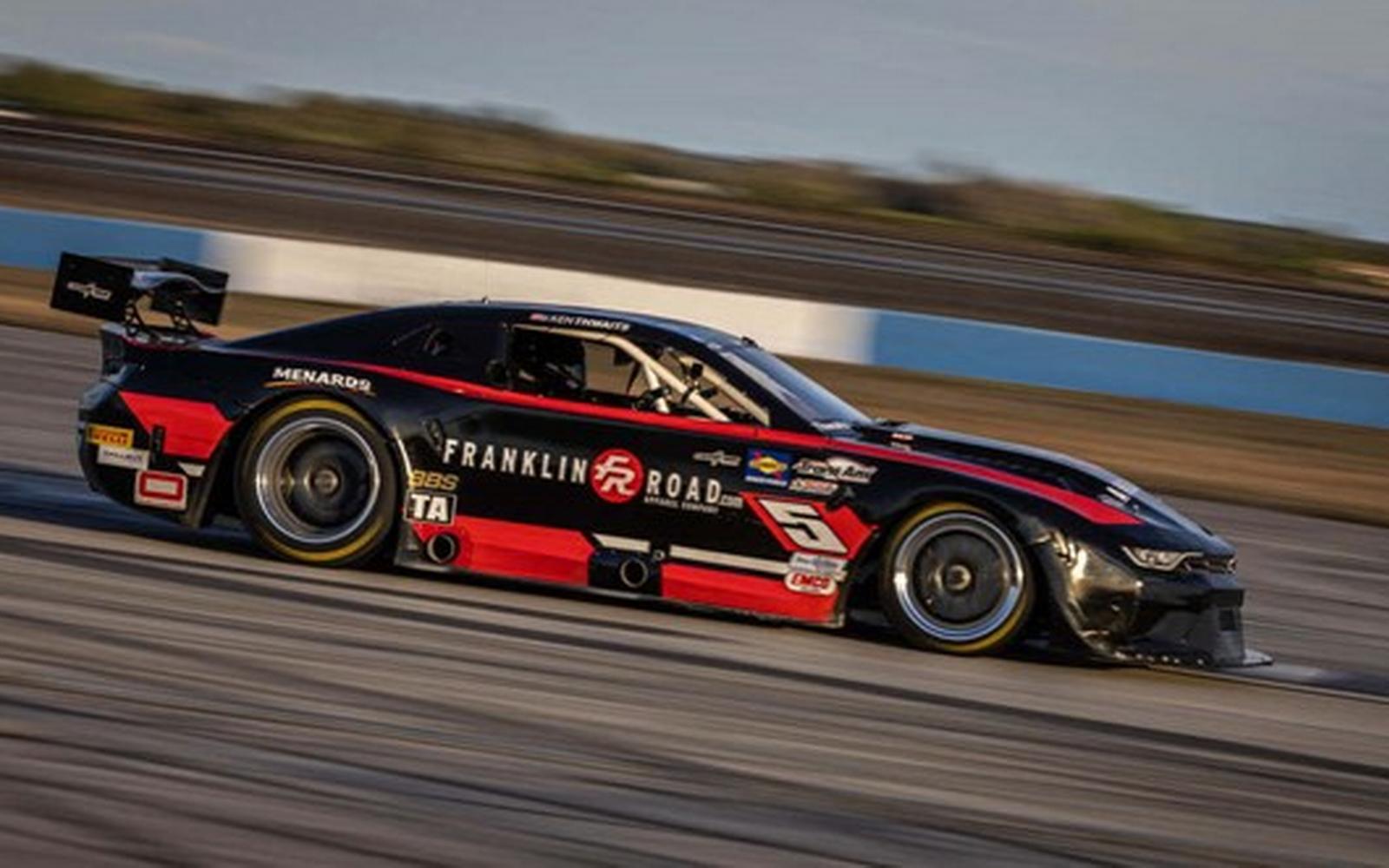 Sebring, FLORIDA – February 11, 2022 - The traditional Trans Am presented by Pirelli curtain raiser is highly anticipated and now just two weeks away. For the first time in 2022 the Showtime Motorsports Franklin Road Apparel Team, spearheaded by Ken Thwaits, will be doubly represented in both the TA and TA2 Class races.

Paul Menard will be leading the charge for the flagship Showtime Motorsports team at Sebring international Raceway, February 24 to 27, with the NASCAR Driver set to compete in the TA Class race alongside team principal Ken Thwaits while over in TA2 Showtime also has a twin pronged attack with two-time TA2 Class Champion Cameron Lawrence set to drive the No. 6 Chevrolet Camaro and 2021 West Coast Champion Carl Rydquist in the No. 4 Chevrolet Camaro.

Fielding two cars in both the two main divisions of the definitive muscle car series represents a considerable investment and step up for the ambitious but affable Thwaits, whose enthusiasm for Trans Am burns brighter than ever. We spoke to the Showtime supremo last week and he delivered a decidedly upbeat bulletin about the expanding team, "The test was successful, and we had competitive lap times in both classes. The new 18-inch wheel is very fast, much faster than before, so credit goes to Forgeline and Pirelli who have developed a really great wheel package for TA."

Ken went on, "With Paul Menard alongside me in TA, and then two Champions Cameron and Carl in TA2 - you can see we are taking this season very seriously and want to win races. I'm also really excited about having Menards, SWIFT Springs and Sabelt on the car.”

The No. 5 Franklin Road Apparel Chevrolet Camaro driven by Ken and the No. 7 Franklin Road car driven by Menard are two of a bumper entry of 17 cars in the prestigious TA class. The action gets underway for the TA Class drivers with the first testing session at 11:45 a.m. on Thursday, February 24 with a follow up session at 4:20 p.m. the same afternoon. There is a practice session for TA at 10:55 a.m. before the all-important qualifying session at 3:50 p.m. The green flag for the race is scheduled at 1:00 p.m. on Saturday.

Cameron and Carl are two of a whopping 47 competitors in the TA2 class race and get their first taste of the track at 11:25 a.m. on Friday with a second optional testing session at 4:30 p.m. that afternoon. Official practice is at 11:30 a.m. on Saturday morning with qualifying at 5:45 p.m. The TA2 race is at 1:00 p.m. on Sunday.

One of the oldest continuously operated tracks in the US, Sebring occupies the site of Hendricks Army Airfield which was a training base for B-17 pilots in operation from 1941 to 1946. After the war, Russian-American aeronautical engineer Alec Ulman was looking for sites to convert from military to civilian use when he discovered Hendricks and used the runways and service roads to stage a sports car endurance race similar to the 24 Hours of Le Mans. Sebring's first race was held on New Year's Eve of 1950, attracting thirty race cars from across North America. The track is often recognized for its famous, high-speed "Turn 17", a long, bumpy, fast right hander that can make or break a car's speed down the front straight. The corner can fit up to three cars wide.

Buy your tickets for the Sebring SpeedTour with a whole weekend of action click here. If you can’t be there in person you can download the new Trans Am application from any smart device and watch the race events live, check out the Google PlayStore or Apple.

Learn more about the Showtime Motorsports team partner, Franklin Road Apparel, at franklinroad.com and keep up to date with the Trans Am Series presented by Pirelli at gotransam.com. #GoTransAm