Rydquist Rallies for Trans Am West Win at the Ridge

Lux Performance returns to Trans Am with One, Two Finish in SGT Class

SHELTON, WASH. (13 June 2021) - Driving from the back of the field to the front twice on a rain-soaked track, Carl Rydquist would not be denied another Trans Am Series presented by Pirelli West Coast Championship victory on Sunday, taking the victory at the Ridge Motorsports Park for his third TA2 class win of the season.

Three different drivers led the 38-lap race, but it was Rydquist who mastered the conditions in the No. 47 Racecars4Rent/GroupWholesale Ford Mustang to finish more than 12 seconds ahead of second-place Darrell Anderson. 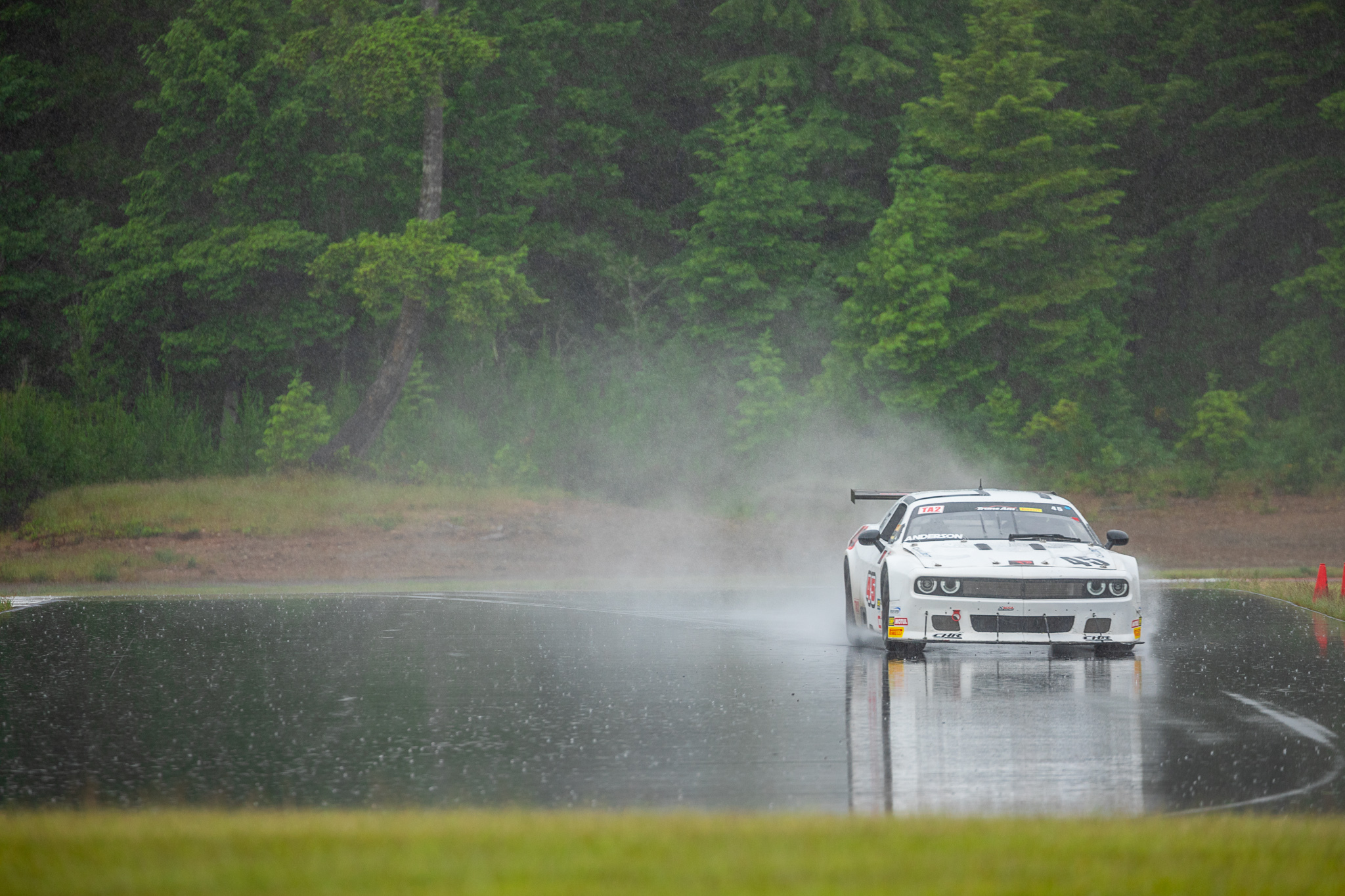 After having his qualifying time disallowed when his car didn’t meet the minimum weight,  Rydquist started from the back of the field.

With rain pouring down, Rydquist jumped the start and served a drive through penalty on the following lap for the infraction, putting him back to where he started, last. After serving his penalty, Rydquist got to work, charging through the field to make up nine positions before the full course caution. Racing head-to-head with Anderson, the California native took the lead on the restart and never looked back.

“It was a super fun race, I’m getting tired of starting from the back, but sometimes you just have to recover,” said Rydquist. “It was one of the best drives and the car was awesome, it always is from Nelson Motorsports. The energy from the crowd was great. When the rain is pouring down, you start from the back, the crowd is sticking it out, you have to put your foot down and try to deliver a good show. I believe we did that here today.”

Mother Nature opened up prior to the start of the multi-class Trans Am feature, drenching the newly paved Ridge circuit. Hard rain continued through the first part of the race, causing visibility concerns for some drivers.

Pole-starter Jeff Holden built a gap from the rest of the field, holding the lead for the first part of the session. As the rain got heavier, a full course caution emerged after Michele Abbate (No. 30 Lucas Oil Products Chevrolet Camaro) and Michael Fine (No. 66 Architectural Glass Systems Chevrolet Camaro) had unrelated off course excursions in Turn 1, both required a tow out of the sand trap. The pair of TA2 drivers continued the race after getting assistance from the safety crew to finish seventh (Fine) and eighth (Abbate). 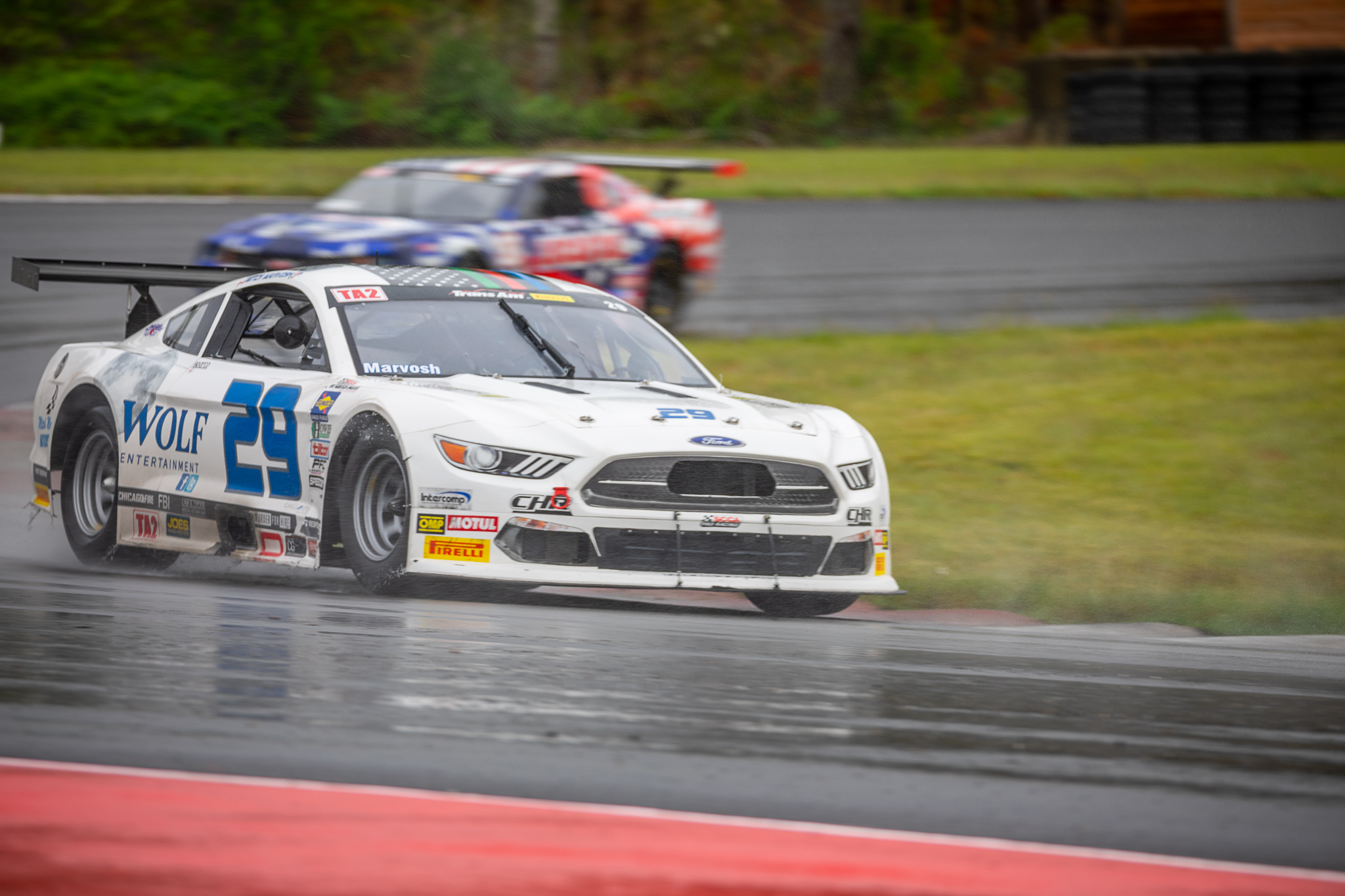 Meanwhile, race-leader Holden lost power during the caution period and was stranded in Turn 11. Holden was forced to retire after his car did not turn back over due to a drained battery, gifting the lead to Anderson.

On the restart, Rydquist edged Anderson off the point to take the lead. The pair exchanged fast laps around the 16-turn, 2.47—mile Pacific Northwest circuit, as Anderson attempted to retake first.

Anderson’s charge to reclaim the lead was halted after the No. 45 Park Place Constructors Dodge Challenger driver dropped two wheels off in Turn 5. Anderson continued and finished the 75-minute sprint in second, his first podium of the season.

“It was a great race and this is fantastic facility,” said Anderson. “The track is phenomenal, even in the rain. CHR put together a great car and the black cloud of not finishing the race has finally lifted.”

For eighth-place starter Mitch Marvosh, the race was a game of chess, mastering the inclement conditions while avoiding contact and offs along the way , looking for his opportunity to advance with little risk. Marvosh’s strategy was a successful one, as he crossed the stripe in third for his first podium finish of the season. 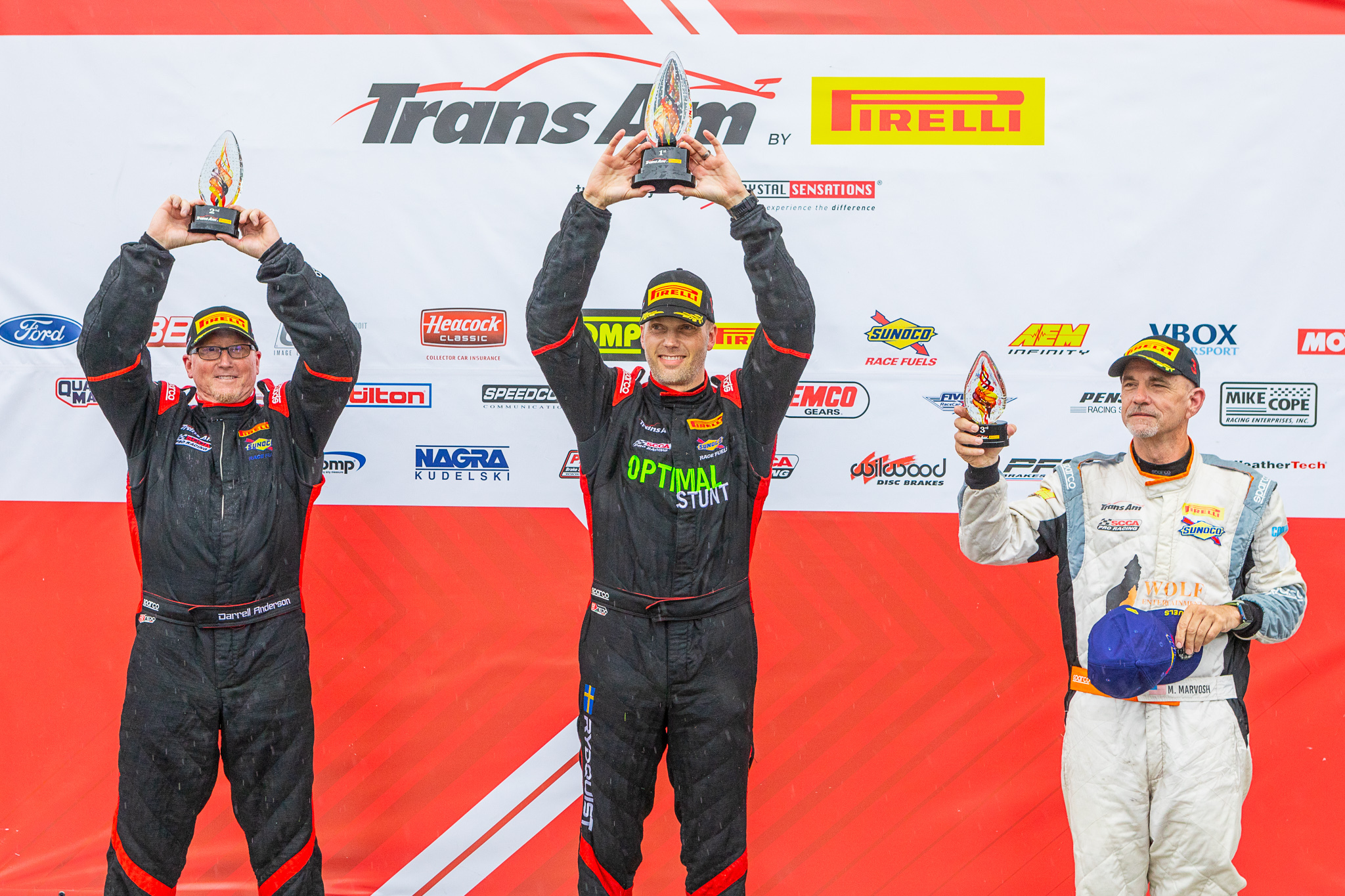 “It was quite crazy conditions,” said Marvosh. “Yesterday was dry, and we focused more on getting markers down since we knew it was going to be wet today. My old guy patience paid off today, we let the young guys make some mistakes and were there to take their spots once they did. It was a great clean finish for us and we hope Trans Am decides to come back here next year.”

The Lux Performance Dodge Vipers finished one-two in the SGT class in the first Trans Am appearance by the team this season.

“Wow, was it wet out there, but we are glad to be back,” said Lux. “It’s probably one of the worst standing water races I’ve had in along time, and I’m from the Pacific Northwest! We knew it was going to be a monsoon today, and the guys made the adjustments overnight to the car. We got into a rhythm and didn’t ask too much of it, just tried to keep it on the race track.” 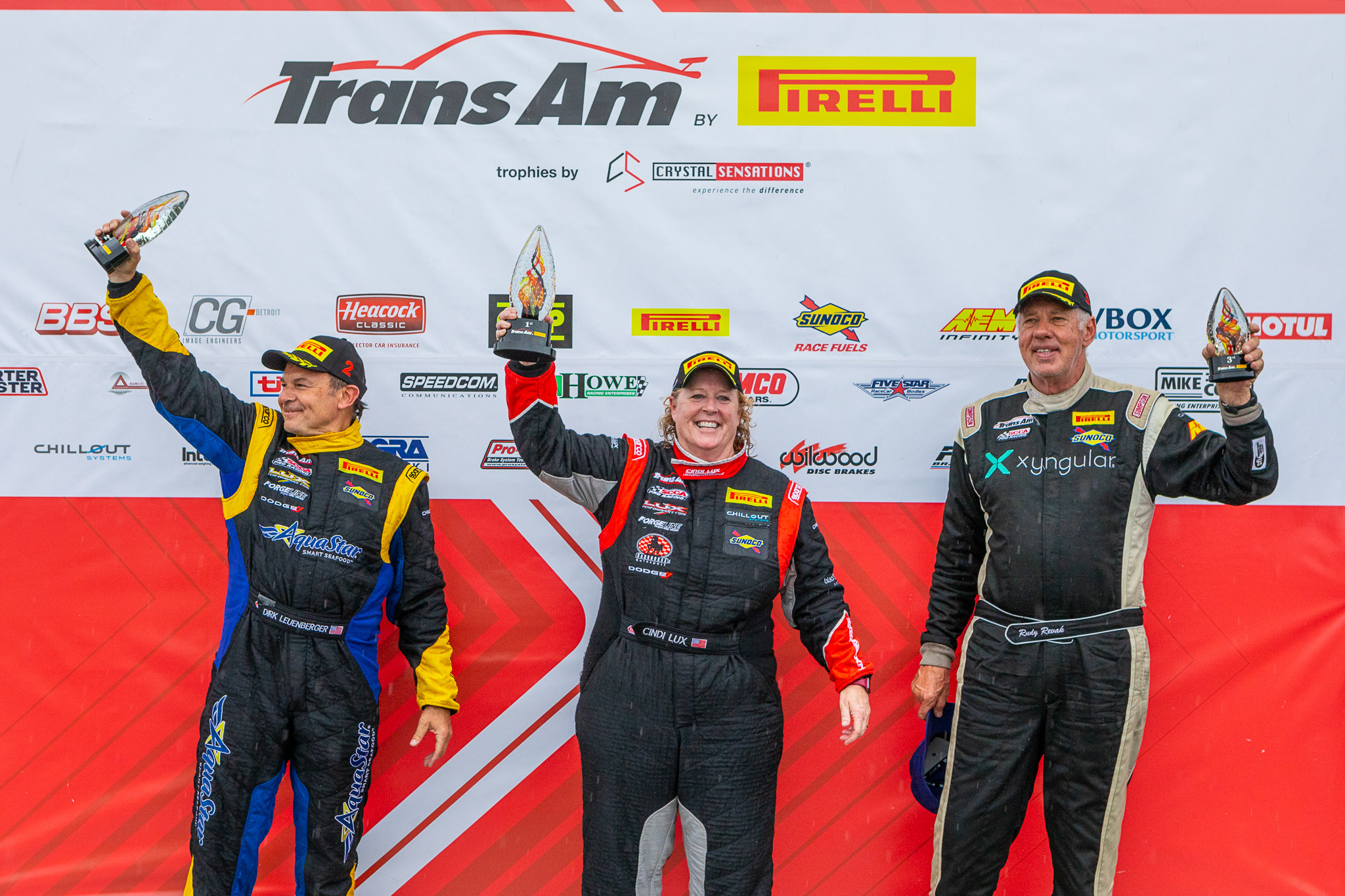 The Trans Am West Coast drivers head back down the Pacific Northwest coast to Portland International Raceway for the Portland SpeedTour July 23-25.

The National series returns to action June 25-27 for the Mid-Ohio Vintage Grand Prix with SVRA.