Ruman ready to compete for Trans Am Championship 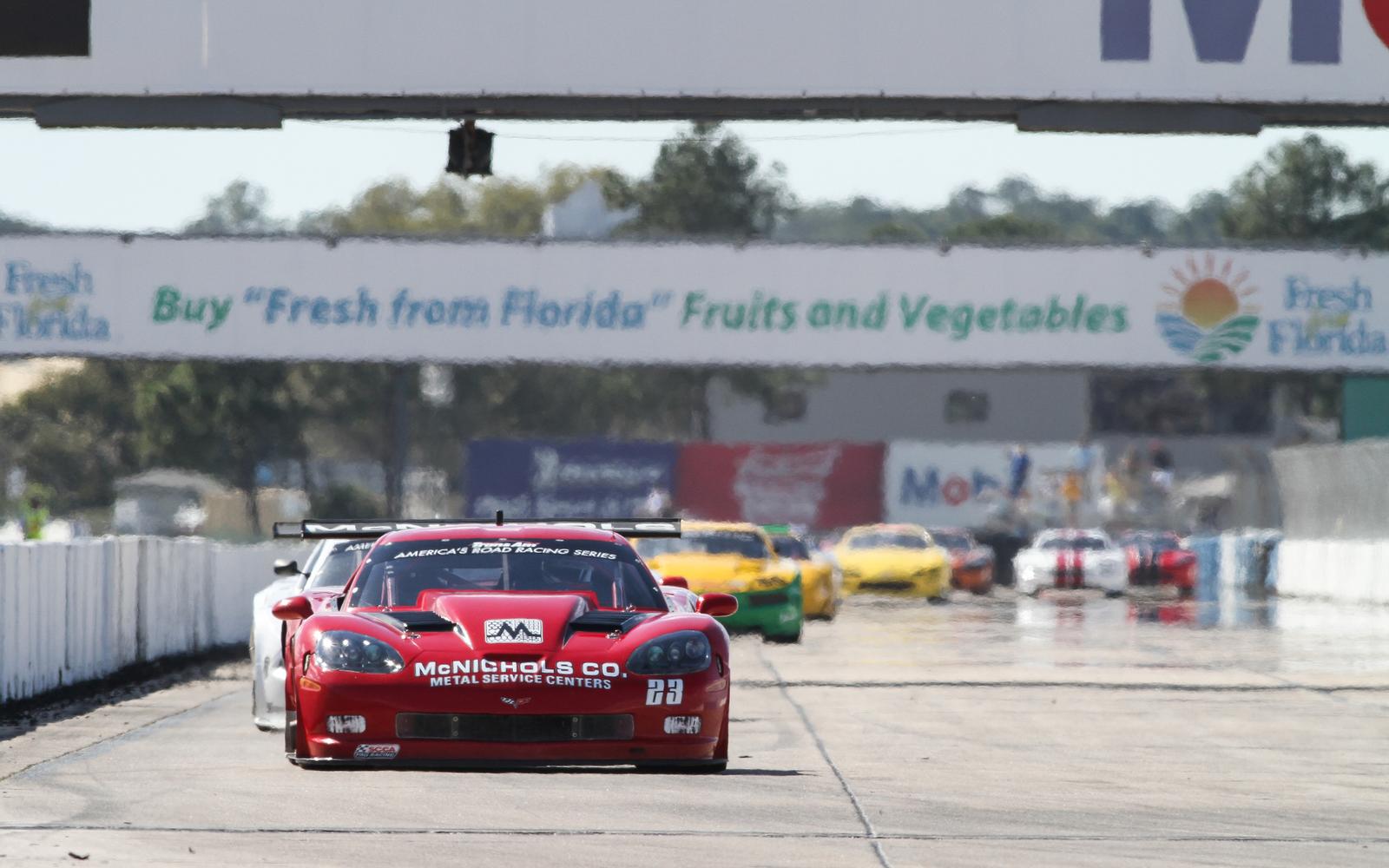 Amy Ruman Back in No. 23 McNichols Co. Corvette for 2015 Trans Am Season

—Foametix® 100 Kicks Off Championship in Sebring, FL This Weekend—

Munroe Falls, Ohio – After ending the 2014 Trans Am Season with a victory at Daytona International Speedway last November, Amy Ruman and the Ruman Racing team will be back in action after a short winter break. The season opener is scheduled for March 1st at Sebring International Raceway in Florida this weekend. Ruman returns to the series this year after taking home third place in a very tight championship points race.

McNICHOLS CO., an Industrial and Architectural Hole Product Solutions company, will continue its long time partnership with Ruman and is set to back the team and their championship efforts for the 15th consecutive year. Ruman will also see some “on the ground support” this weekend as members of the McNichols HOLE Team will be on site at the Sebring event to take in the opening round of the 2015 season. Ruman will once again pilot the signature red and black No. 23 McNichols Co. Corvette with Bob Ruman overseeing the preparation and race engineering for the effort.

“We are proud to ink yet another year of sponsorship with Amy and the Ruman team,” stated Steven McNichols, Vice President of Marketing and Business Development at McNichols Co. “We are confident that Amy and the No. 23 McNichols Corvette will be out in front of the pack again and contending for the coveted Trans Am Championship!”

“I am so grateful for the continued partnership and support from McNichols Co. and am proud to continue to represent them on the No. 23,” exclaimed Ruman. “I'm looking forward to another successful season and hoping to win and deliver that Trans Am Championship title!”

The 2015 championship has an expanded schedule, with Trans Am traveling to 12 different race venues. The teams will be at several new tracks this year with the addition of Nola Motorsports Park in Avondale, LA and the Circuit of the Americas in Austin, TX. The Trans Am Race Company also announced a multi-year agreement for coverage on CBS Sports Network, bringing the Trans Am Series to a national television audience. The multi-year agreement includes a minimum of six Trans Am events telecast each year, with the possibility of adding more races to the broadcast schedule.

The Foametix® Trans Am 100 is shaping up to be a busy one for Ruman and the team at the 3.7-mile road course, as the event is set to see over 70 entries slated to start the multi-class race featuring TA, TA2, & TA3 — the largest field ever for a Trans Am race, breaking a 48-year-old record set at Sebring back in 1967.

“Racing season can’t come soon enough, I have had it with this Ohio winter...I’m freezing, so let’s get to Florida!” laughed Ruman. “It’s clear what I need to do, now I just need to get the job done! We have been just shy of winning the Trans Am Championship the last few years, I think this season will come together so I can deliver one.”

Unofficial testing will take place on Thursday, followed by official Trans Am practice on Friday at 11:10am-11:40am following with Fast Five qualifying at 3:30pm-4:10pm. Saturday will feature another practice session at 11:50-12:30pm. The green flag will fly for the 27-lap, 100.98-mile race on Sunday at 2:45 pm. (All times EST) The Foametix® Trans Am 100 at Sebring International Raceway will be broadcast on CBS Sports Network on Tuesday, March 17 at 8:00 PM, EDT.

Sponsor: McNICHOLS CO. is the nation’s largest distributor of Perforated and Expanded Metals; Wire Mesh; Bar, Plank, and Safety Gratings; Stair Treads; Matting; and more. Products are carried in all styles and materials–stocked for 24 hour shipment. “Inspired to Serve”TM 800.237.3820 mcnichols.com.
For quick news and updates during race weekends, please follow Ruman Racing and the Trans Am Series on Twitter: @rumanracing and @gotransam. Be sure to “Like” our official pages on Facebook: Ruman Racing, Amy Ruman (Official Fan Page), McNichols Company, and Go Trans Am.