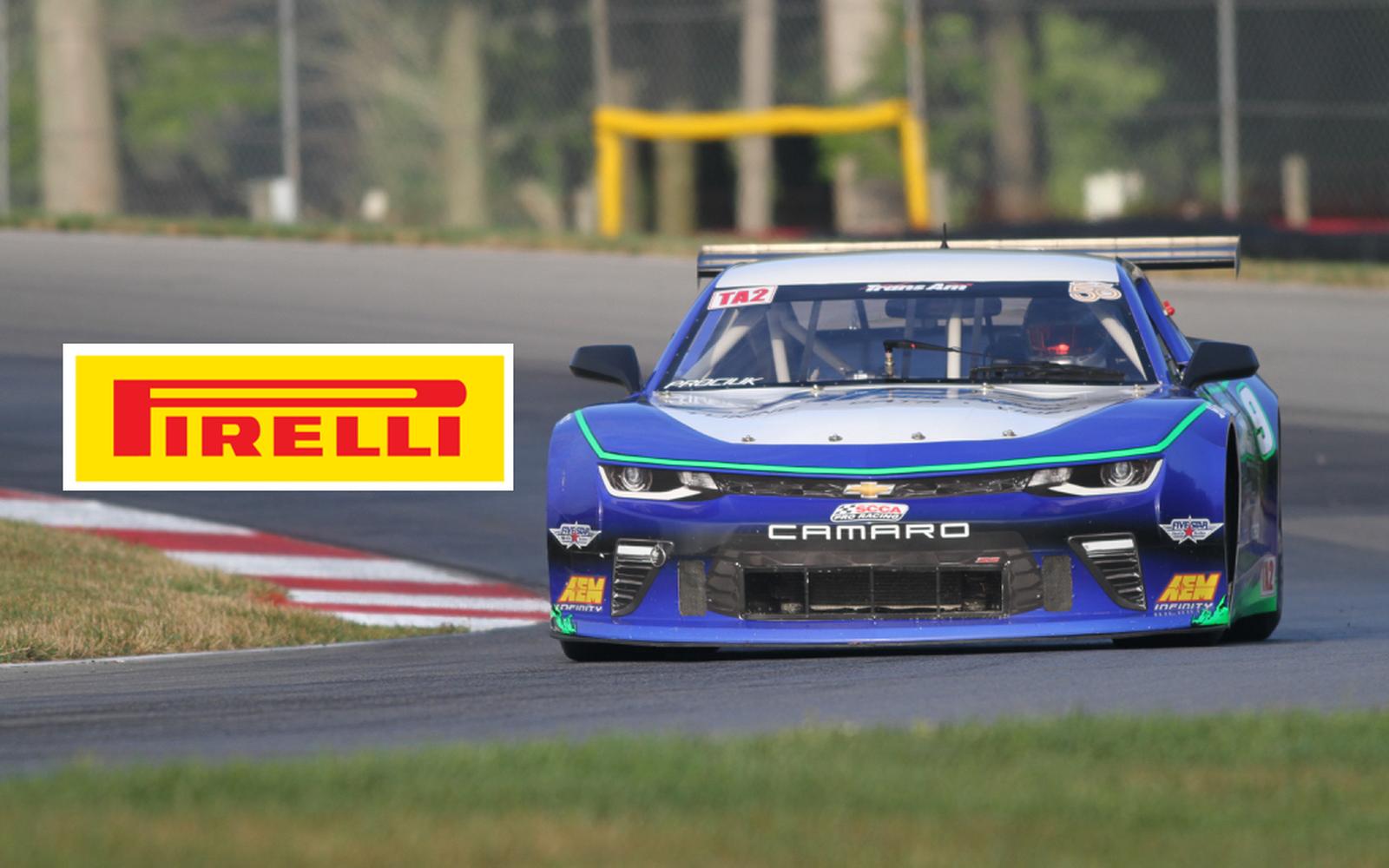 Las Vegas, Nev. [November 1, 2017] – Pirelli Tire North America and The Trans Am Race Company LLC have announced a three-year agreement that will see Pirelli named the “Official Tire Supplier” and Presenting Sponsor of the Trans Am Series.  Starting in 2017, Pirelli will supply tires for all classes within the Trans Am Series, Presented by Pirelli, including purpose-built P Zero tires for the TA and TA2 classes.

“From the very beginning, Pirelli has gone above and beyond our expectations,” said John Clagett, President of The Trans Am Race Company.  “They took on the challenge of engineering, from the ground up, a tire that fits the needs of TA2, which presents its own unique set of challenges.  The work they have done is simply remarkable, and I can say with full confidence that Pirelli has delivered a product that we can proudly present to our competitors.  All of Trans Am is looking forward to this new partnership with Pirelli and what the future holds for all parties.”

“Trans Am is one of the biggest names in America, with close, affordable and popular racing that showcases thrilling competition,” said Pirelli’s motorsport director Paul Hembery. “With our involvement in the Pirelli World Challenge, as well as different one-make series in the USA and the recently-opened P Zero World store in Los Angeles, Pirelli’s links with American auto racing have never been stronger.”

The extensive tire development process undertaken by Pirelli to develop a product for the TA2 class spanned six months and the result is a product many TA2 drivers will find familiar.  The tires will be offered at the same price as their predecessor but are superior in many ways, as testified to by 2013 and 2014 TA2 Champion Cameron Lawrence, who alongside Mike Skeen, served as a test driver during the process.

“Everyone in the TA2 should be pleased with Pirelli’s work,” said Lawrence. “They’ve done something remarkable—built a radial tire that performs like a bias ply.  It is such a better tire, nearly every attribute, the wear, the speed, the consistency, they’ve put so much more in the driver’s hands— the feel is very much the same, you can still slide it through a corner but now you have the grip to accelerate out.  I see it as a huge commitment by Pirelli; they have made a massive investment in Trans Am and its future.”

Also involved in the development process was Stevens-Miller Racing, who supplied the TA2 racecars utilized throughout testing.

“Pirelli needs to be given credit for the level of discipline and hard work put into the new TA2 tire,” said Joe Stevens, Owner of Stevens-Miller. “With no setup changes, our cars were turning lap times ranging from 1 to 2.5 seconds faster—all while maintaining that characteristic “TA2” look and feel.  The best part is we do not anticipate the need to make a changes to our setups come next year; a few tweaks to the suspension to address the increased lateral grip is all that will be needed.  Even the rain tires were far better, dissipating more moisture and producing more traction.”

Pirelli will also debut new TA class tires built to withstand the sheer power of the 875 horsepower grand touring machines that make up Trans Am’s iconic class.  2010 and 2011 TA Champion Tony Ave had the opportunity to test both the slicks and rain tires recently at Homestead-Miami Speedway.

“Pirelli has successfully created a tire that can be put to use immediately in the TA class,” said Ave.  “It’s a very driver friendly tire that is essentially a bolt-on for the current setups on TA class cars, exactly what Trans Am and Pirelli wanted to create from the onset.  In particular, the rain tire is absurdly good.  We do a lot of rain tire testing.  Racing in the rain is something I pride myself in, and the TA class rain tire is on a whole new level, so good it might eliminate the large advantage rain racers like myself had in the past.”

Trans Am’s production classes, TA3 and TA4, will sport Pirelli’s iconic P Zero Racing Slick and P Zero Racing Rain tires, also remarkably offered at the same price as their predecessors, a statement of intent on Pirelli’s investment in the Trans Am Series.

Tires will be available to Trans Am teams for testing commencing in January of 2017.