Paul Fix on Pole for FirstEnergy 100 at Mid-Ohio 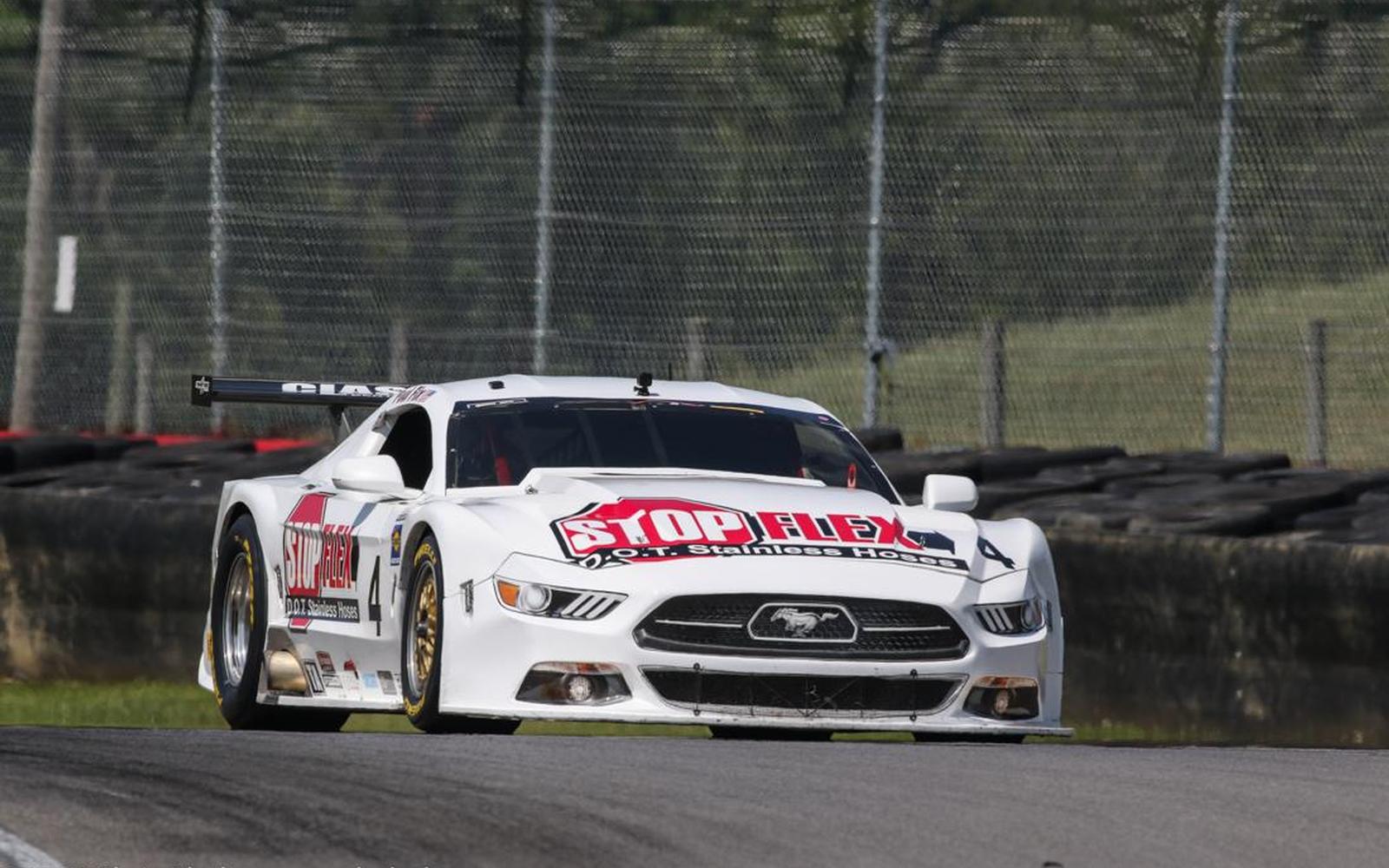 LEXINGTON, Ohio. [August 10, 2018] – Paul Fix captured his third pole of the season in Trans Am Series presented by Pirelli qualifying for the FirstEnergy 100 at Mid-Ohio Sports Car Course.

The pole, a 1:21.499, marks the 16th of Fix’s career and comes on the technical 13-turn Mid-Ohio circuit he knows well.  Come tomorrow Fix, in the No. 4 Stop Flex/ The Car Coach/ Ave Racing Ford Mustang, will look to repeat his 2015 victory here at Mid-Ohio as he takes the 13-car TA class field past the green flag.

“Mid-Ohio is a busy track, and the top five guys in qualifying are really tight,” said Fix.  “It’s going to be a tough race.  We’ll be racing early in the morning; the track’s going to be cold so there might be some strategy there.  It’s a really technical track; we’re going to focus on being consistent and go from there.”

Fix has been fast throughout his three appearances this season, always qualifying in the top two and contending for the lead throughout the early stages of competition; however, the No. 4 has been kept just short of the winner’s circle by mechanical gremlins.  Now Fix and the No. 4 will go in search of the victory that they have been denied despite their efforts.

“We’ve had some mechanical issues,” said Fix. “We’ve had a couple of poles and have run really well, but those gremlins have caught up with us unfortunately.  The guys at Tony Ave Motorsports have worked really hard on getting this car ready and have gone through all the systems.  I have confidence the car is ready, and I’m ready to go— we’ll have a great race tomorrow.”

Starting alongside Fix will be the 2002 Trans Am champ Boris Said, in the No. 21 SRI Performance/ Weaver Concepts Dodge Challenger, who turned a 1:21.636 lap of his own.  Tomorrow’s competition is only Said’s second Trans Am start since 2005, the first came at Indianapolis Motor Speedway earlier this season with the No. 21 retiring early with mechanical issues.

Current points runner-up Chris Dyson, in the No. 20 @PlaidCrafts/CD Racing Ford Mustang, completed the TA class qualifying top five with a time of 1:22.188.

Racing alongside the TA class in the FirstEnergy 100 will be Trans Am’s TA3 and TA4 classes, each with their own respective polesitter. 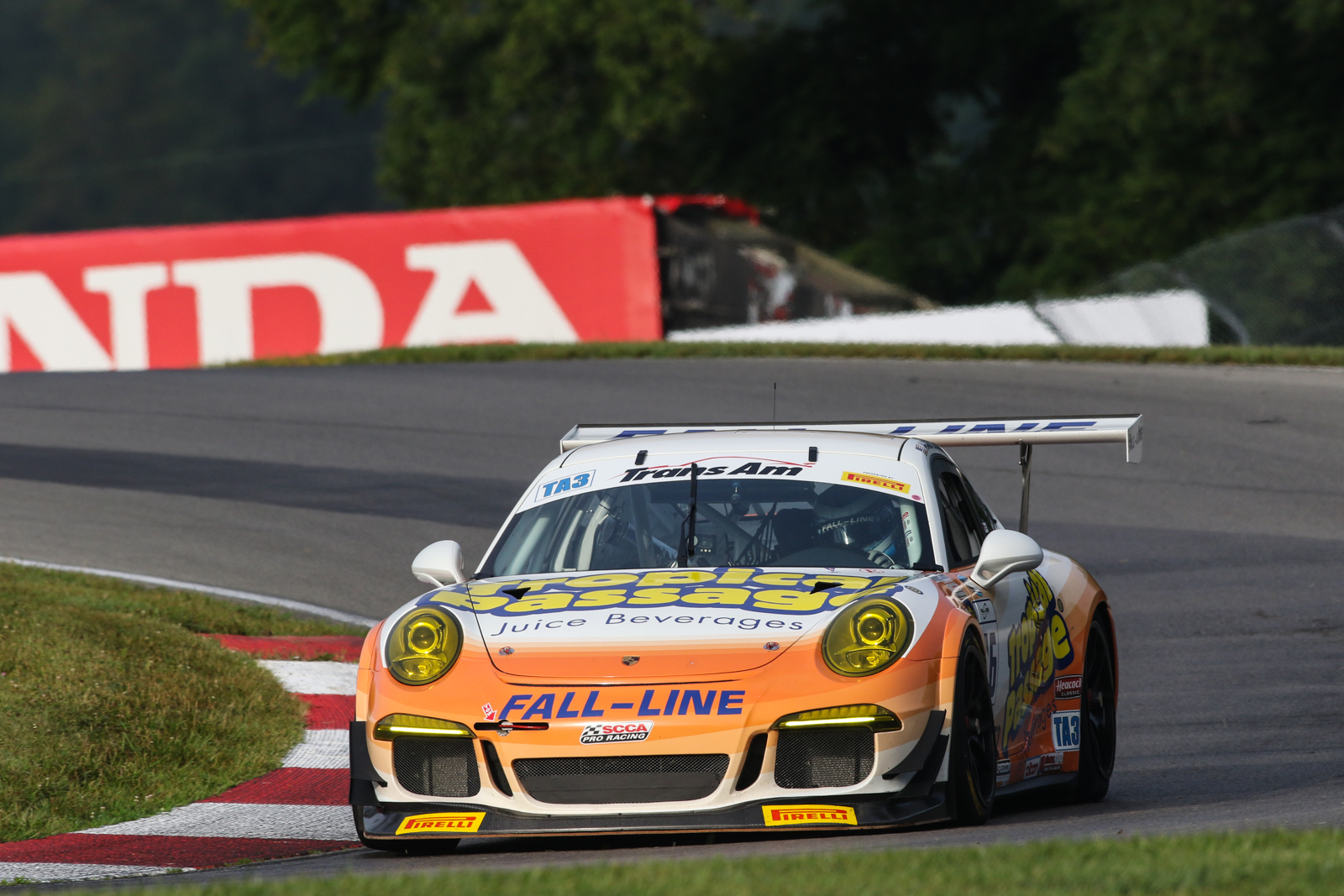 In TA3, Mark Boden continued his domination of the TA3 class on a weekend where he and the No. 46 Fall-Line Motorsports Porsche 991 GT3 Cup have led every session.  The No. 46 would turn a new qualifying track record 1:27.369 during the session and seems primed for a repeat victory at Mid-Ohio following his 2017 win.

Fall-Line’s qualifying success continued thanks to Trans Am debutant Joe Koenig, in the No. 70 Trim-Tex/ Fall-Line Motorsports BMW E46 M3, who turned a 1:28.266 lap to earn a front row placement in his first career Trans Am start.   Tom Herb, in the No. 16 Fall-Line Motorsports/ Porsche 991 GT3 Cup, completed the Fall-Line sweep of the TA3 top three with a 1:28.384 to setup an inter-team battle for Trans Am silverware.

Cipriani turned a fasert lap in the session, a 1:27.978, but saw it revoked for avoidable contact by series stewards.

Qualifying track records continued to fall in the TA4 class as well with Warren Dexter, in the No. 61 Joe’s Hand Cleaner/ Dexter Racing Ginetta G55, turning a 1:28.900 lap, easily ousting the previous mark of 1:30.219.  Tomorrow Dexter will go in pursuit of his third consecutive TA4 victory in his third career Trans Am start.

Todd Napieralski, making his second start of the season in the No. 39 Chevrolet Performance/SKF/BSP Chevrolet Camaro, will start alongside Dexter after a 1:30.031 lap and will be tasked with chasing down the No. 60.  Steven Davison, in the No. 33 DaVinci Plastic Surgery Chevrolet Camaro, qualified third with a distant 1:37.762.

Trans Am’s TA2 classes will hold their own qualifying session for their FirstEnergy Muscle Car Challenge race later this afternoon, with the session set to commence at 5:05 PM ET.

Both the FirstEnergy 100 and FirstEnergy Muscle Car Challenge will be live streamed on Motor Trend On Demand, while the weekend will be showcased in a one-hour highlights show on CBS Sports Network on tape-delay.

Trans Am is joined on the weekend by NASCAR Xfinity holding the Rock N Roll Tequila 170 as well as the Formula 3 Championship Powered by Honda.

Fans can keep up with the Trans AM Series presented by Pirelli throughout the event at www.gotransam.com, on Facebook at www.facebook.com/gotransam and on Twitter at @gotransam. 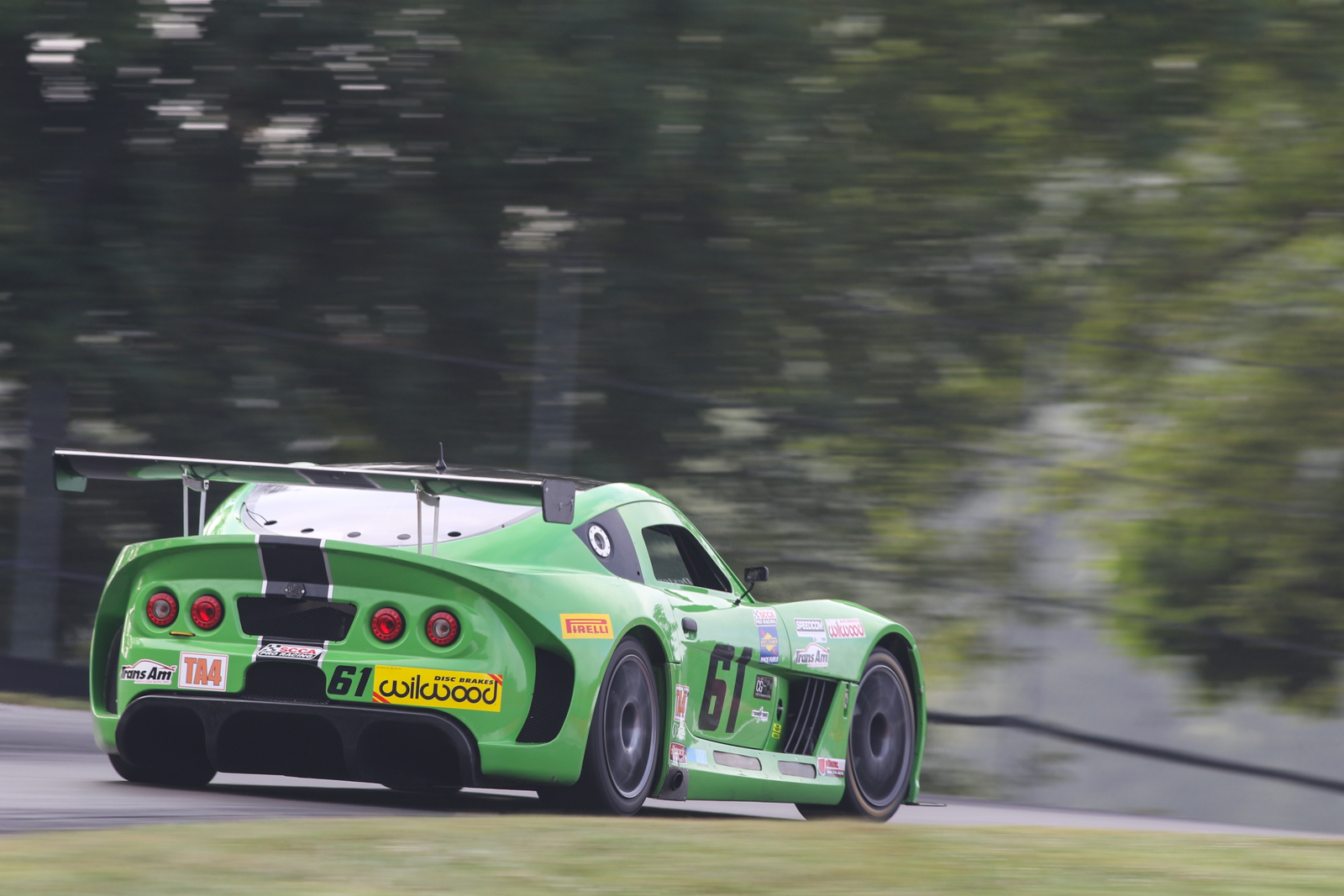