Hollywood’s Tomy Drissi captured the 2010 season opener at New Jersey Motorsports Park’s 2.25-mile Thunderbolt Raceway, the first visit for the Trans Am Series presented by Pirelli to the Millville complex.

Once in front, Drissi built up a comfortable lead. A caution for debris on lap 25 gave Ave another chance. Ave pressured the leading Jaguar for a few laps before Drissi was able to pull away.

R.J. Lopez was able to pass Ave in the closing laps and finished second in the No. 6 Wabash Power Co./Mobil 1 Corvette, 4.652-seconds behind.

Ave held on for third, followed by Trinidad’s Daniel Ramoutarsingh in the No. 8 Jaguar, Amy Ruman in the No. 23 McNichols Corvette and Simon Gregg in the No. 59 Derhaag Motorsports Corvette.

Other than the brief caution for debris, the event ran incident free.

Cover photo by Mark Windecker – the car shot is from Mosport, June 2010, featuring the A Team movie. 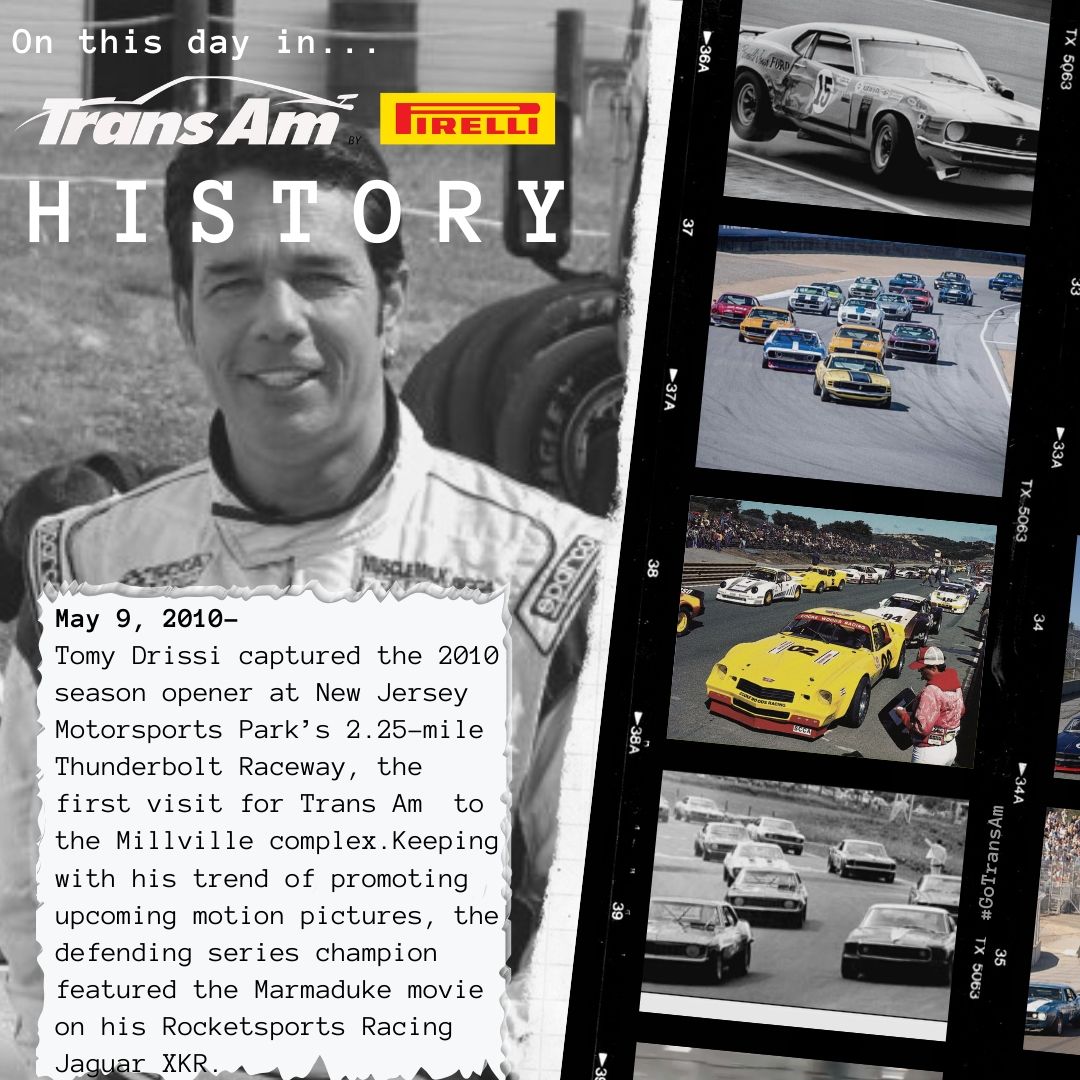