Darin Brassfield kicked off a four-year winning streak at Sears Point International Raceway with his victory in the second race of the 1989 campaign.

Driving a privately entered Corvette, Brassfield held off Dorsey Schroeder by 0.17-seconds after a thrilling race-long duel, the closest finish in the history of the event.

Long Beach winner Irv Hoerr won the pole with a time of 1:36.065-seconds in the No. 15 A/C Rochester Oldsmobile Cutlass Supreme, but he failed to lead a lap and eventually finished 11th.

Brassfield qualified second in the No. 88 Pacific Summit Corvette. He took the lead at the drop of the green flag and led all 40 circuits on the 2.523-mile circuit.

Along the way, Brassfield turned the fastest race lap and was named the Duralt Star of the Race.

Max Jones rounded out the podium in the No. 02 ICI/Cars and Concepts Chevrolet Beretta, followed by teammate Tommy Kendall. Paul Gentilozzi took fifth in the No. 7 Budweiser Oldsmobile, followed by Scott Sharp in Newman Sharp Racing’s No. 33 Pepsi Oldsmobile.

The top 10 finishers in the 38-car field completed the 100 miles of racing.

Brassfield won the following two years in a Rocketsports Oldsmobile Cutlass, and made it four in a row in 1992 driving a Camaro owned by George Robinson. 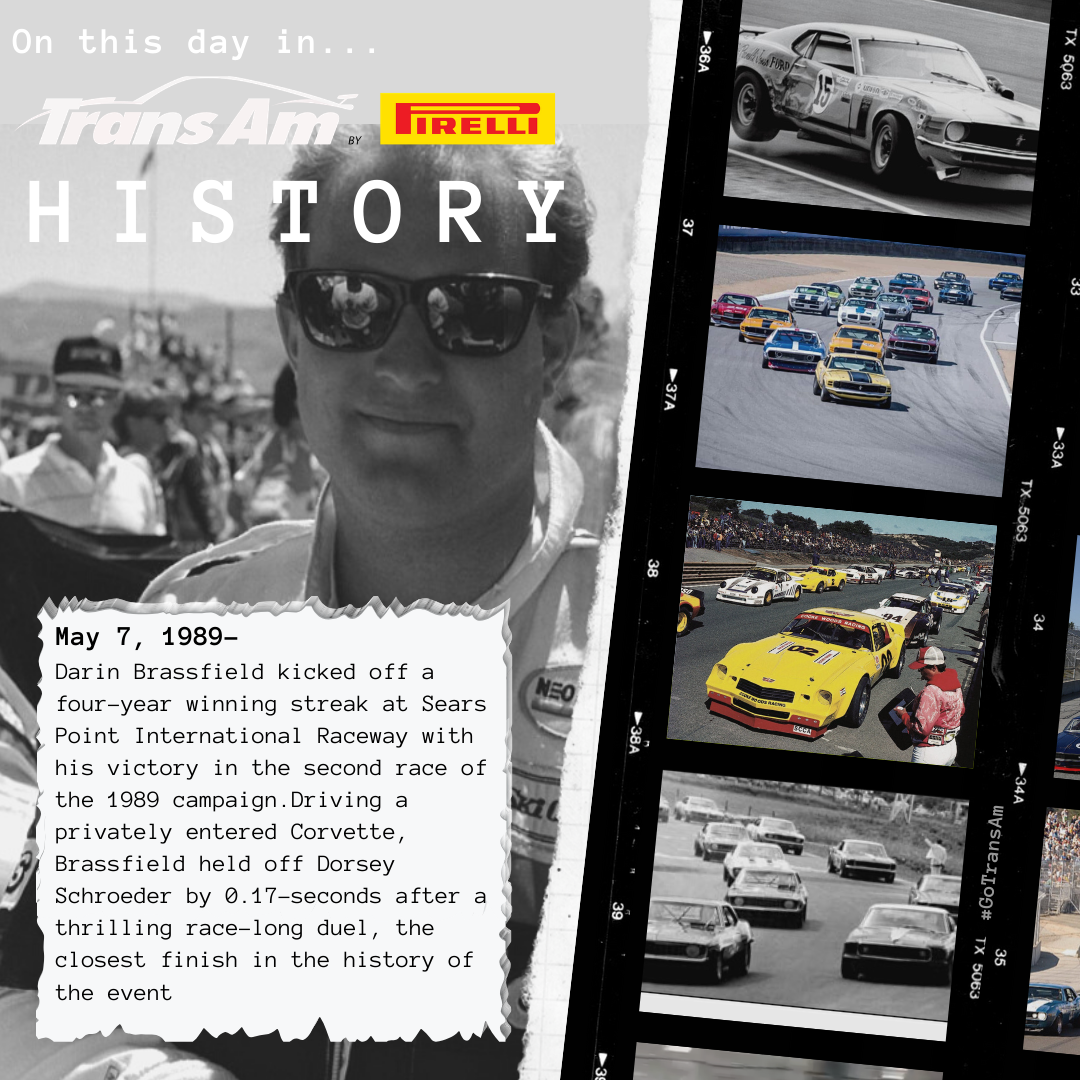