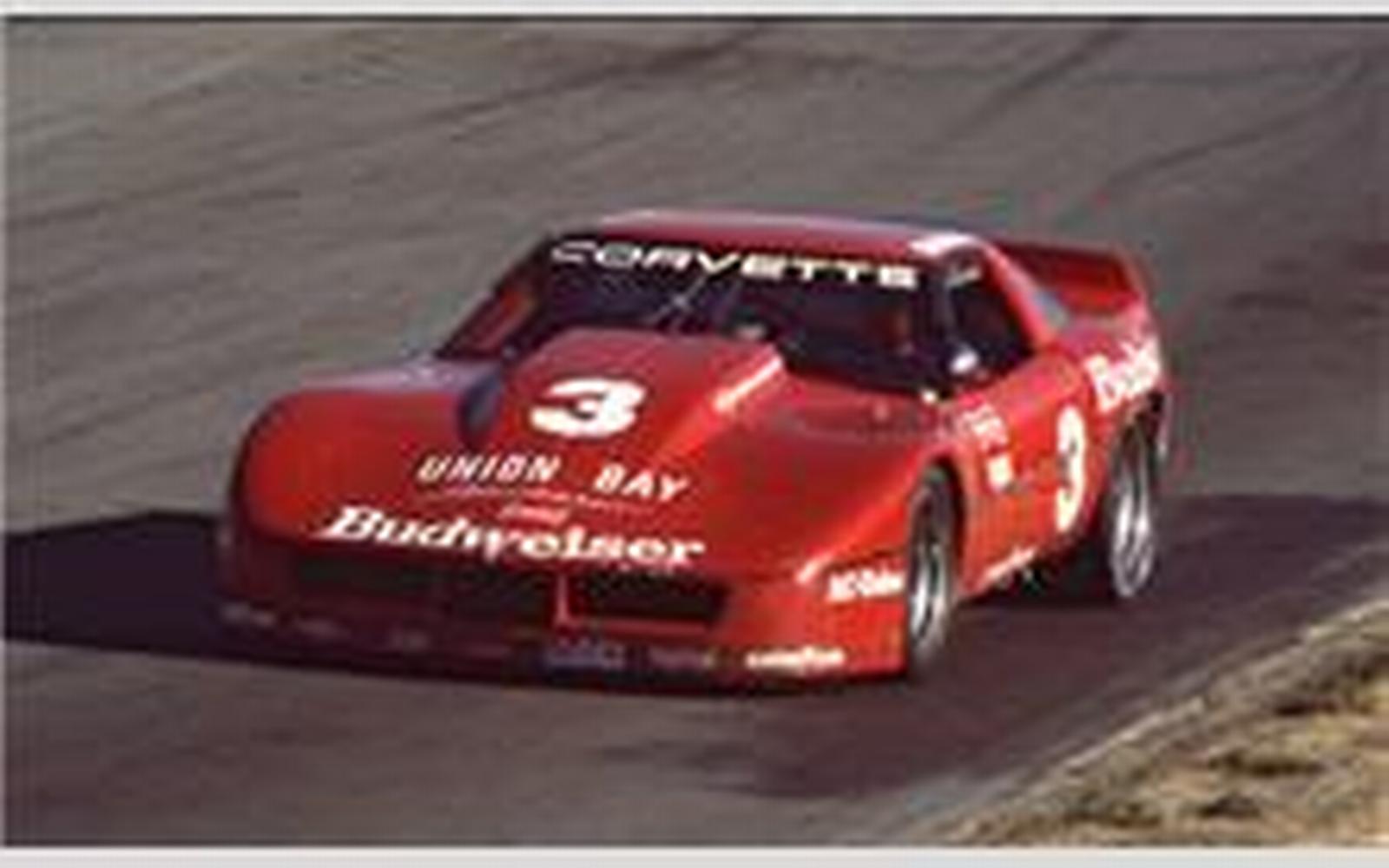 Darin Brassfield made his 22nd start in the Trans Am Series presented by Pirelli an impressive one, winning the opening round of the 1984 season at Road Atlanta in the brand-new bright-red DeAtley Budweiser Corvette.

Brassfield passed pole winner Bob Lobenberg on the 11th lap and led the final 30 circuits, taking the checkered flag 43.259-seconds ahead of Lobenberg.

“I was only a 19-year-old kid at the time, and that was my first win,” Brassfield recalled. “Everything was perfect, for me. I qualified third, I wasn’t that far back. It was a very good race, for sure.

“The biggest thing that stood out was the massive disruption that went down that morning.”

While the race itself was uneventful, it capped a tumultuous day that saw a top contender sent to the sidelines a few hours before the green flag.

DeAtley was coming off a dominant 1983 campaign, with four-time winner David Hobbs winning the title by 10 points over teammate Willy T. Ribbs, who captured five of the 12 rounds. Neil DeAtley planned to return the Camaro for the following season, but Chevrolet mandated use of its Corvette C4 for competition. DeAtley returned with a three-car team, with Brassfield’s No. 3 joining Hobbs and Ribbs in a formidable lineup.

Ribbs qualified second for the race, but had an altercation with Lobenberg following the morning warm-up. Ribbs took a swing at his rival, and quit the team on the spot. Hobbs shared his teammate’s frustration with the new car, although he went on to place third in the race.

“Hobbs was frustrated because the car was not as good as the ones from the previous year, but I didn’t know any better,” Brassfield recalled. “David was super-competitive the year before, and he just couldn’t drive that Corvette. I was just excited to be in a competitive car – which I thought it was at the time. David said it was terrible, but I didn’t know any better – I wound up winning two races with that car.

“As a driver, losing Willy was like losing a part of our season. Love him or hate him, man, he was a true talent, and I was looking forward to being a teammate with him – and David Hobbs. I had the opportunity to surround myself with some really big talent and that got derailed. But maybe the best thing for Willy was to get away from that car.”

After sitting out the opening four races of the campaign, Ribbs returned with the first-year Roush Protofab team, winning four races in Jack Roush’s Motorcraft Capri to rebound to take third in the championship behind fellow Mercury drivers Tom Gloy and Greg Pickett.

Young Wally Dallenbach Jr., son of the Indy car star, finished a then-career best fourth in his Colorado Connection Camaro in the Road Atlanta opener. Dallenbach wound up fourth in the points, finally visiting the podium with a second-place finish in the finale at Caesar’s Palace.

Brassfield gave DeAtley his only other victory of the campaign at Riverside, placing sixth in the final standings. Hobbs wound up eighth, recording four podium finishes. 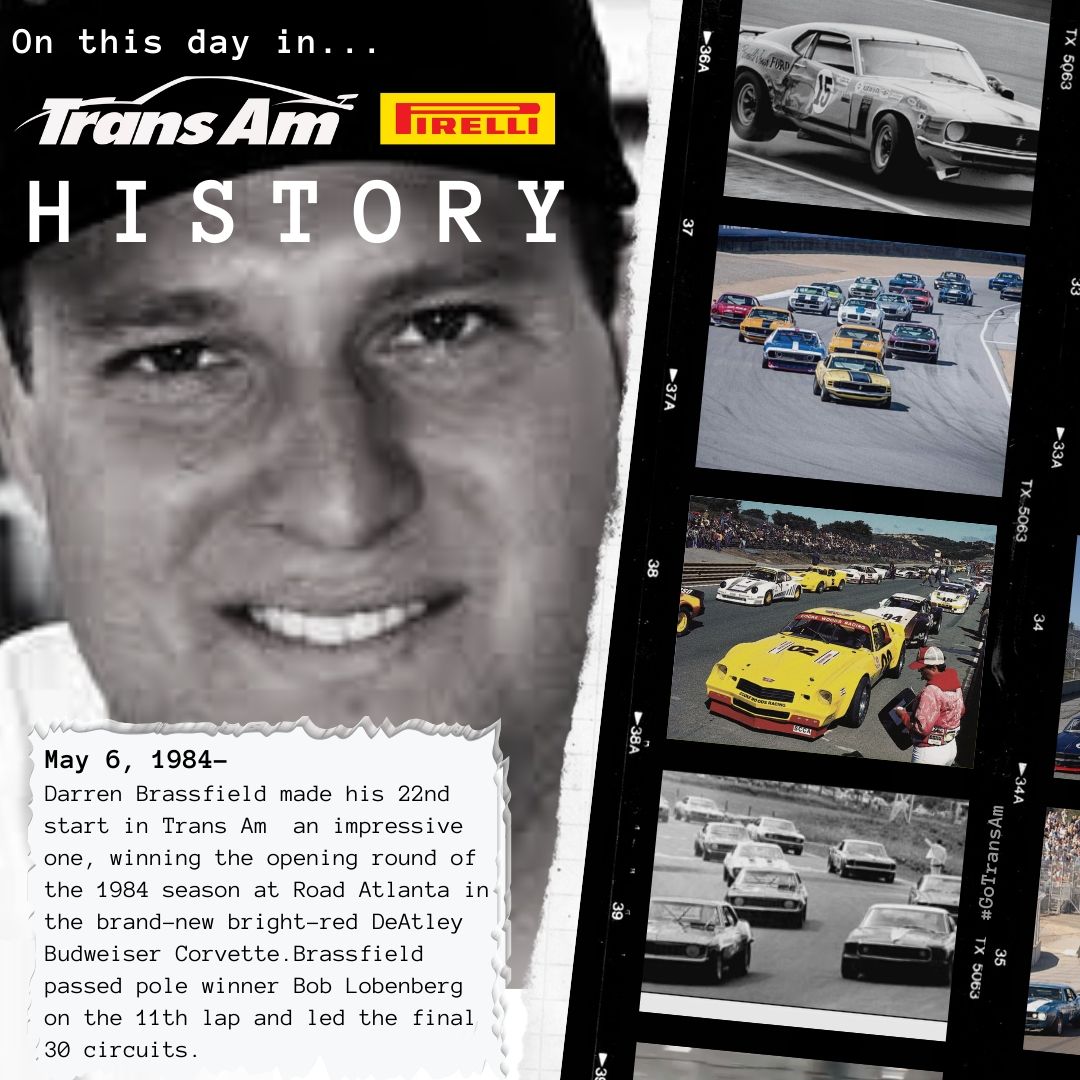