Arriving in Los Angeles at 2:30 a.m., Scott Pruett wasted no time a few hours later with a back-to-front Trans Am Series presented by Pirelli victory at Riverside International Raceway.

The victory was the last hurrah for the Mercury Capri in the Trans Am Series, while Roush Racing teammate Pete Halmser served notice for the new Mercury XR4Ti with a second-place finish, placing 3.229-seconds behind.

The Roush teammates were overshadowed by a sensational performance by Paul Newman. Wally Dallenbach captured the pole with a lap of 1:12.726-seconds, only to see the No. 4 Protofab Chevrolet Camaro expire with electrical problems on the back straight of the opening lap. Jim Miller than took the lead in the No. 28 MTI Vacations Camaro, only to exit with distributor problems. That gave the lead to Newman, with the racer/actor’s No, 33 Newman-Sharp Racing Nissan 300ZX Turbo taking the lead on lap eight and pulling away from the field.

Pruett, meanwhile, was gridded 31st in the 38-car field. He worked his way through the pack. He eventually caught Halsmer, with the pair battling for the runner-up slot for several laps before Pruett got by on the 26th of 40 laps. Simultaneously, Newman slowed with terminal engine problems, giving the lead to an unsuspecting Pruett.

“I thought Pete and I were fighting for second and that somebody else was way in front,” Pruett admitted to the Los Angeles Times.

The race marked the 67th and final appearance for Trans Am pioneer George Follmer, with the 13-time winner finishing seventh in his own No. 16 Corvette. 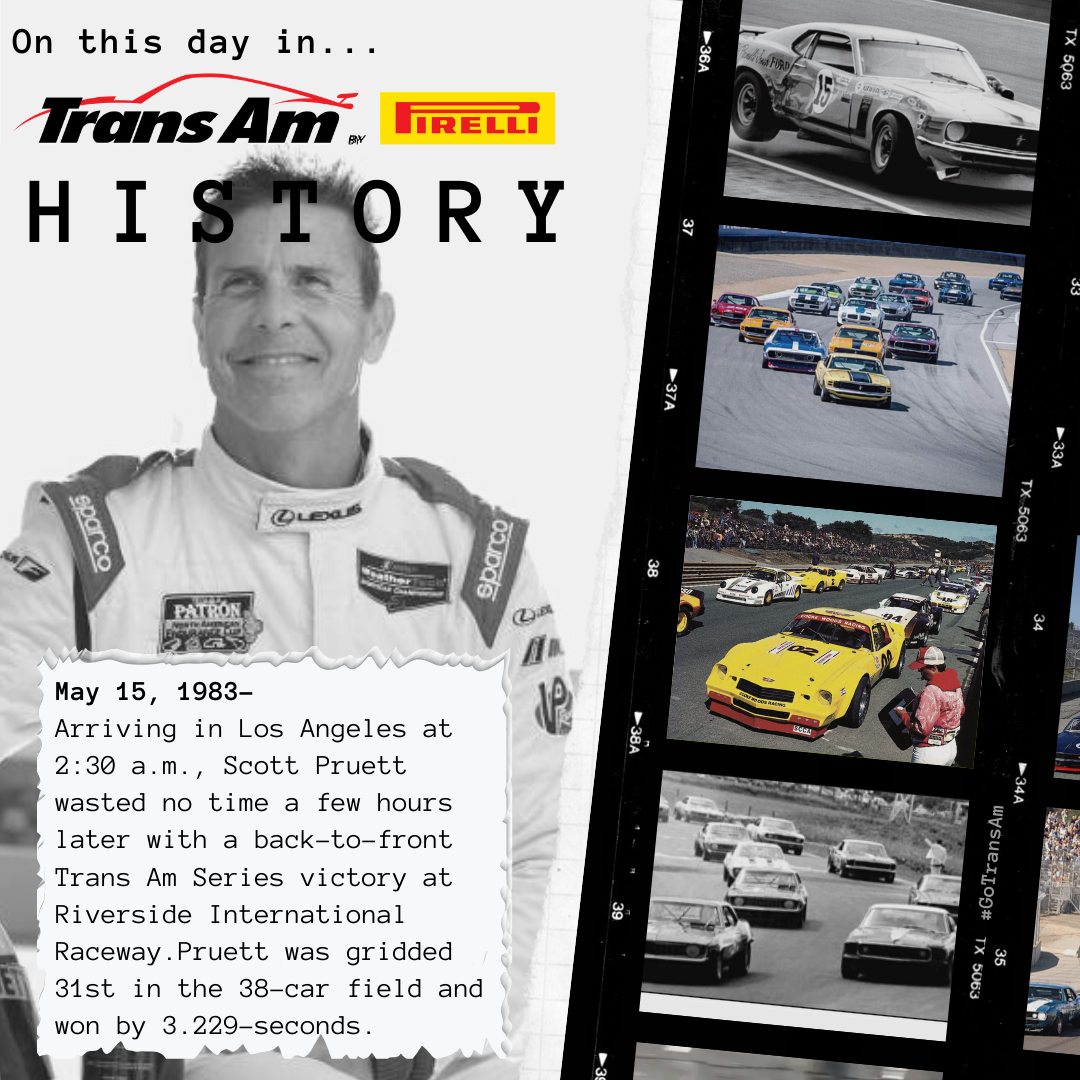