It was a case of déjà vu for Tony Buffomante at Road Atlanta in 2017. The defending TA2® powered by AEM champion led all the way to win his second-consecutive Trans Am Series presented by Pirelli TA2® race at Road Atlanta.

Driving the No. 34 Bestline Superior Lubricants Ford Mustang, Buffomante took the checkered flag six seconds ahead of Shane Lewis, who scored his seventh consecutive podium finish (dating back to 2016) in the No. 72 Pura Vida Tequila/ 74 Ranch Resort Chevrolet Camaro.

Buffomante went on to win five races and the 2016 TA2® title.

“Coming back in 2017, and knowing how fast we were there the previous year, my goal was again go flag to flag, so that over the two years, no one else had led a lap. That’s exactly what we did – two poles, two wins in two years. We got our mojo back,” said Buffomante, who finished the year with five more victories, placing second in the standings.

“Road Atlanta is one of my favorite tracks. It’s like going back home. It’s were I first came on the scene with the SCCA in 1992, and where I finished on the podium in Formula Continental in my first Run-Offs.”

Buffomante’s toughest challenge came from two-time class champion Cameron Lawrence, driving the No. 19 Class Auto Centers Chevrolet Camaro. Lawrence pulled up on Buffomante on the final lap, only to have the engine of his Camaro suddenly quit on the back side of the circuit.

Dillon Machavern finished third in the No. 24 Heritage Motorsports Mustang, followed by eventual champion Gar Robinson I the No. 74 PuraVida Tequila/74 Ranch Resort Camaro and rookie Scott Lagasse Jr. in the No. 17 Screen Your Machine Camaro.

Justin Marks proved to be the toughest rival for the 19-year-old South Floridian, winning the pole and leading early in the event driving the No. 33 GoPro Motorplex Ford Mustang. Marks was forced into the pits with a mechanical problem on lap 12 which eventually ended his race 13 laps later.

Randy Kinsland won TA3 in the No. 11 Kinsland Racing Chevrolet Corvette, while Brian Kleeman took TA4 in the No. 07 DWW Motorsports Ford Mustang.

Following in the footsteps of his father, Angelo, Buffomante is now coaching his 12-year-old son Gian in karting.

“Mark Miller and I coaching my son in karting yesterday at a track in Indiana,” Buffomante said. “My dad is still involved, so it’s pretty cool to have three generations of us in karting.” 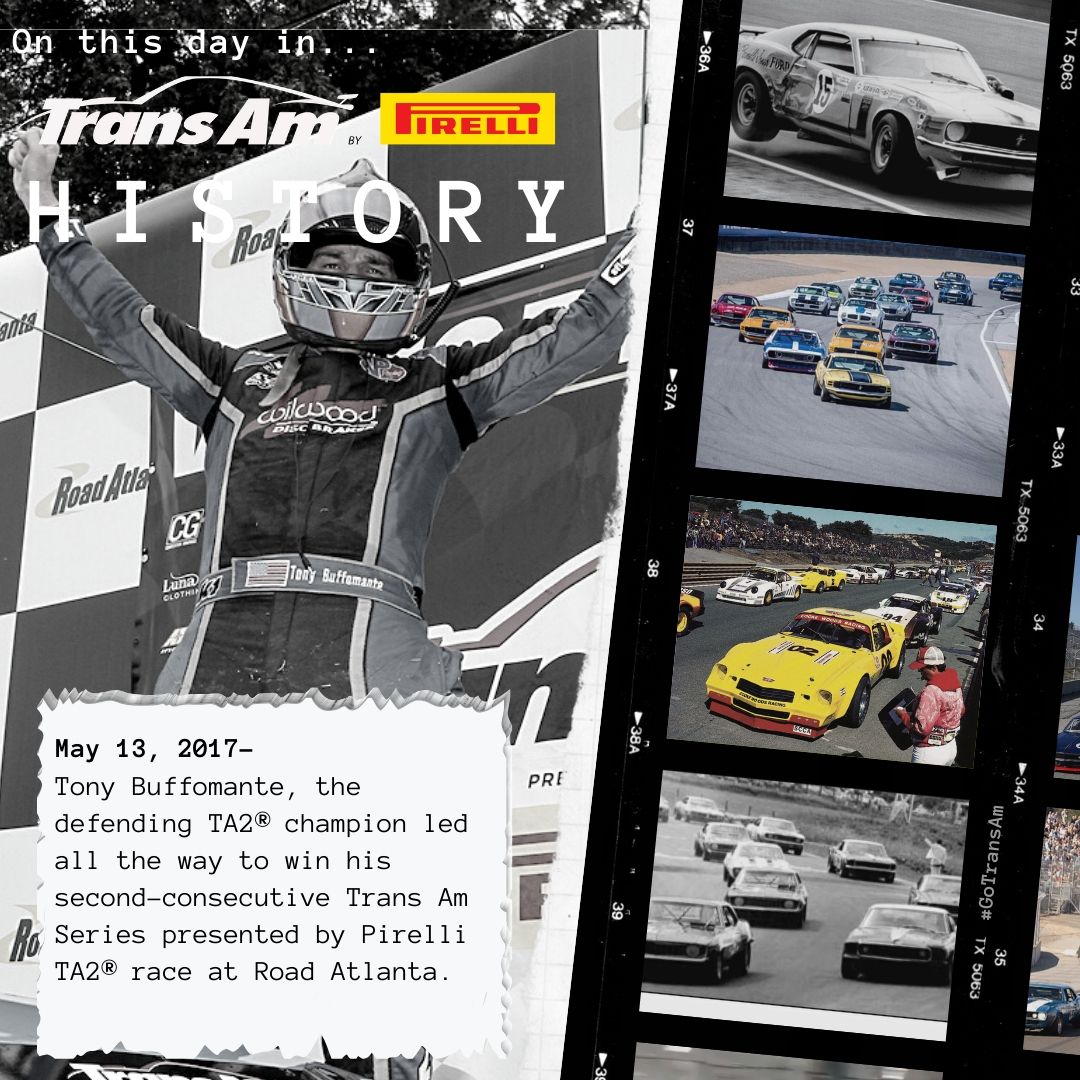