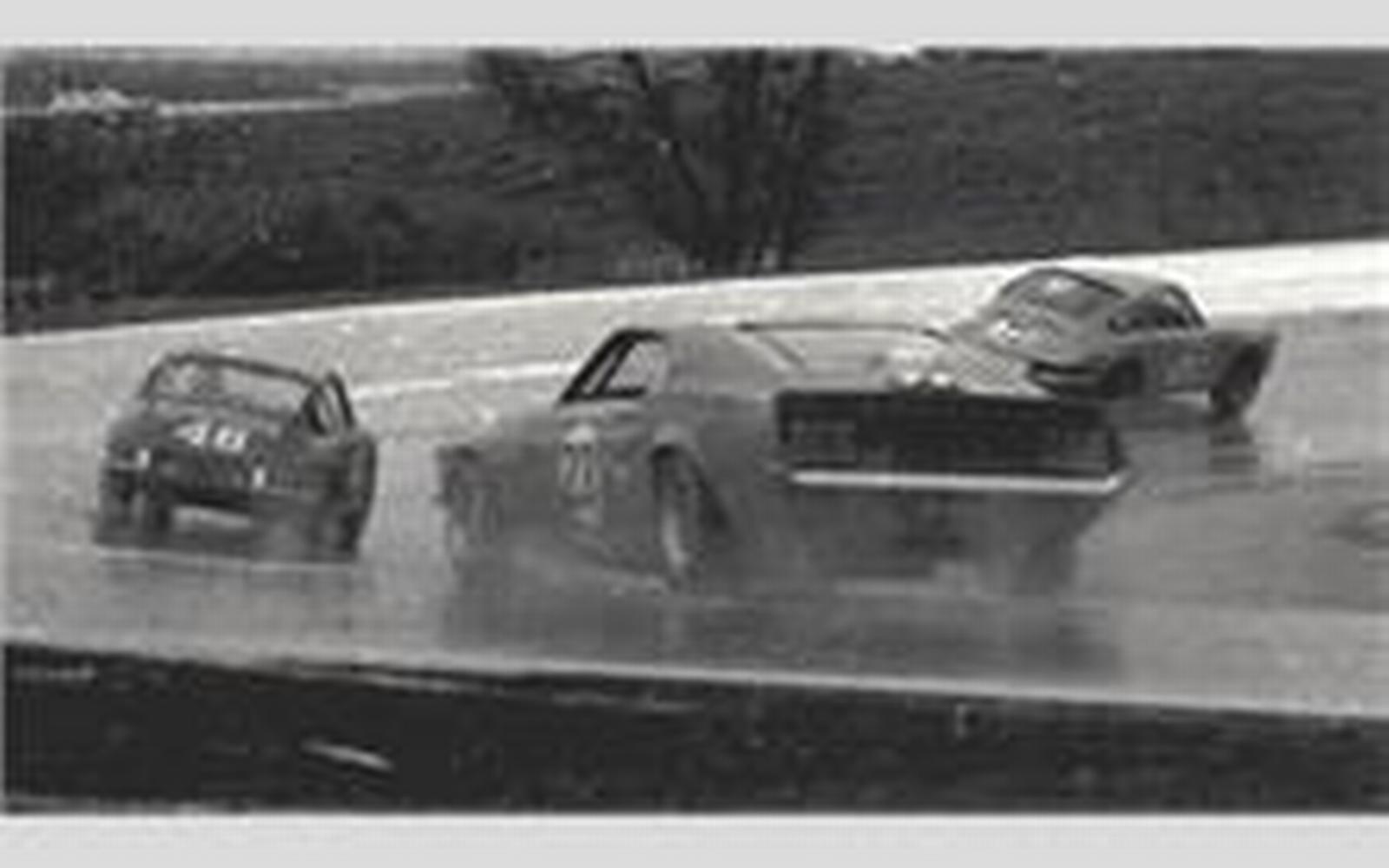 Rain, sleet, fog and even snow failed to keep Parnelli Jones from winning the opening race of the 1969 Trans Am Series season. Jones drove Bud Moore’s Ford Mustang in the four-hour, 11-minute race, 104 laps in the 344.24-mile event at Michigan International Speedway.

Moore ran the table in the maroon No. 15 Mustang, winning the pole (82.122 mph) in a qualifying session marred by rain and sleet, and then turning the fastest lap (92.731 mph) on the 3.31-mile circuit that incorporated much of the two-mile superspeedway plus a back-straight turn off behind the track for a road-course section.

Mark Donohue returned with Roger Penske’s Sunoco Mustang that won 10 races and led Chevrolet to the all-important manufacturer’s title in 1968. Donohue was originally posted as the race winner, before it was revealed that the scorers missed a pit stop for a tire change on lap 80 – which relegated Donohue to second.

Ford fielded a pair of two-car Boss 302 Mustang teams in 1969 Trans Am competition. Jones was joined by George Follmer in the Bud Moore entry, while Carroll Shelby had Mustangs for Peter Revson and Horst Kwech. Ronnie Bucknum joined Donohue on Penske’s two-Camaro team.

Jerry Titus finished third in a Pontiac Firebird, followed by the AMC Javelin of Bob Tullius.

Comedian Dick Smothers teamed with Fred Baker to win Under 2 Liters in a Porsche 911. 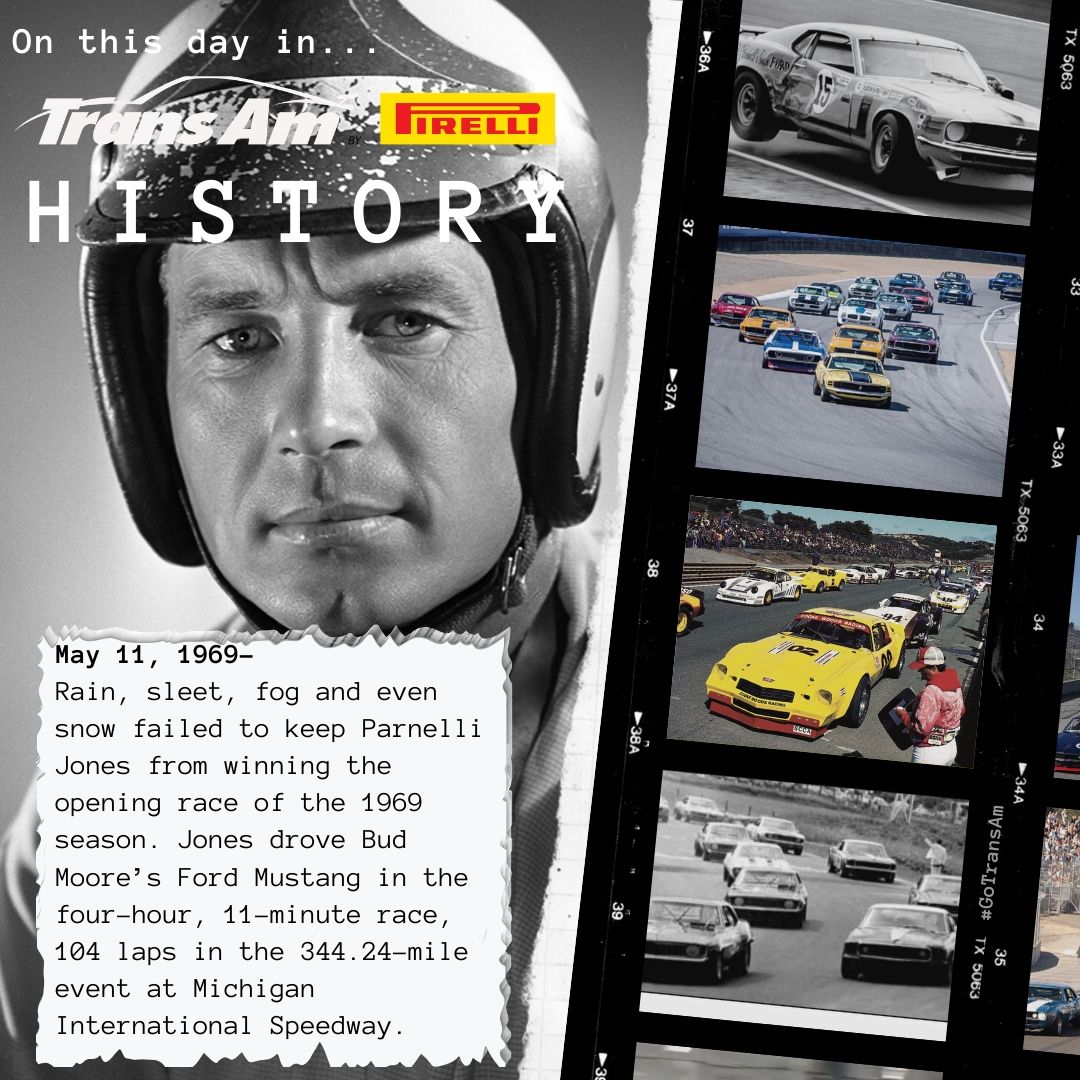