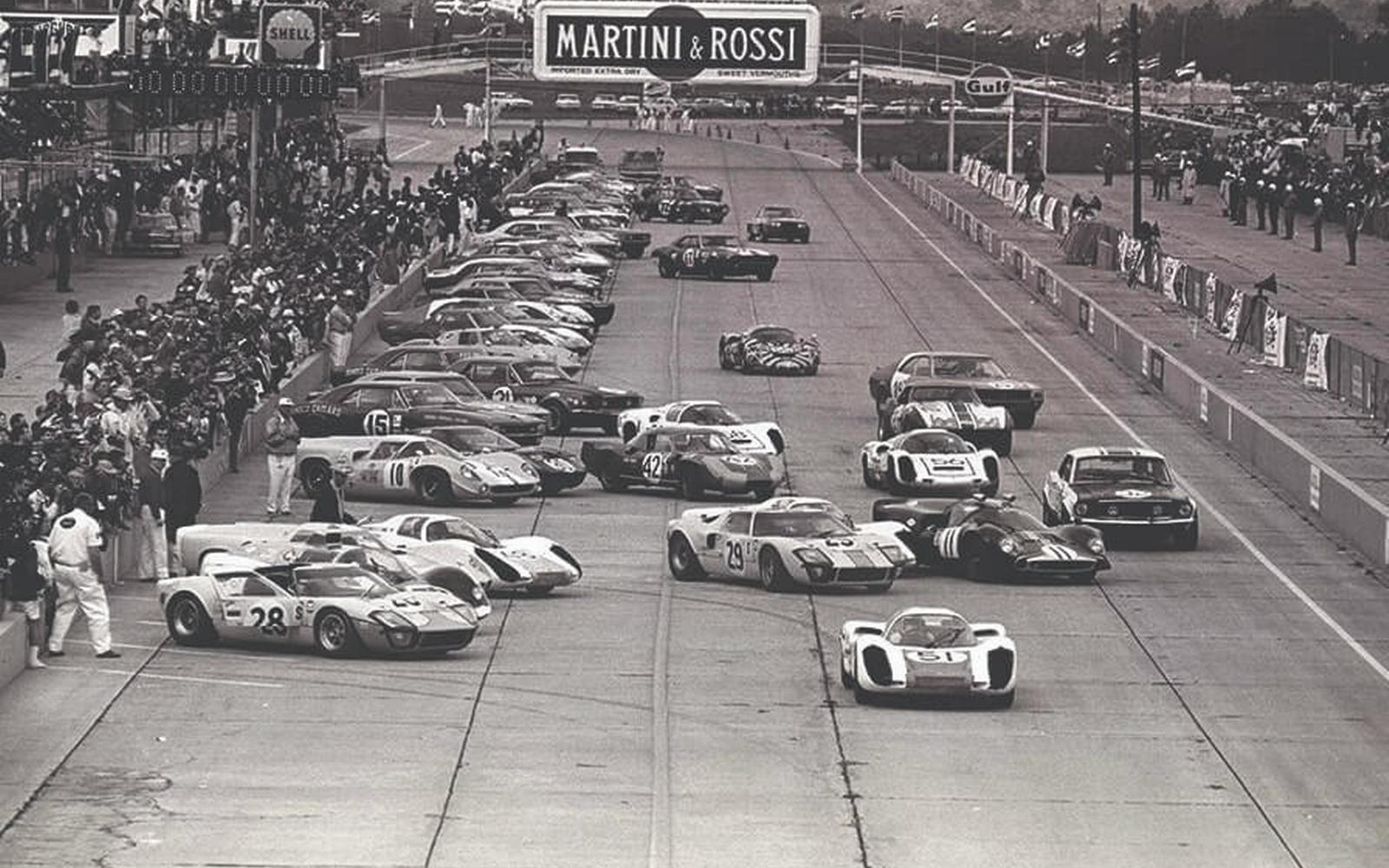 The Trans Am Championship presented by Pirelli went endurance racing, competing as part of the famed 12 Hours of Sebring. The Trans-Am Over-2-liter class competed along with the mighty Porsche 907s, Ford GT40s, Lola T-70s, Ferrari 275 LMs, Corvette Stingrays and even the Howmett turbine.

Mark Donohue and Craig Fisher won the Trans-Am class with a third-place overall finish in Roger Penske’s Sunoco Camaro, followed by teammates Bob Johnson and Joseph Welch. Ronnie Bucknum and Jerry Titus took fifth overall in a Ford Mustang fielded by Carroll Shelby – the same lineup that won the Trans Am class one month earlier when the series raced as part of the Daytona 24 Hours

While 1968 marked the lone appearance for the series in either of the Florida endurance classics, Trans Am raced as part of the Six Hours of Watkins Glen from 1974 through 1980. 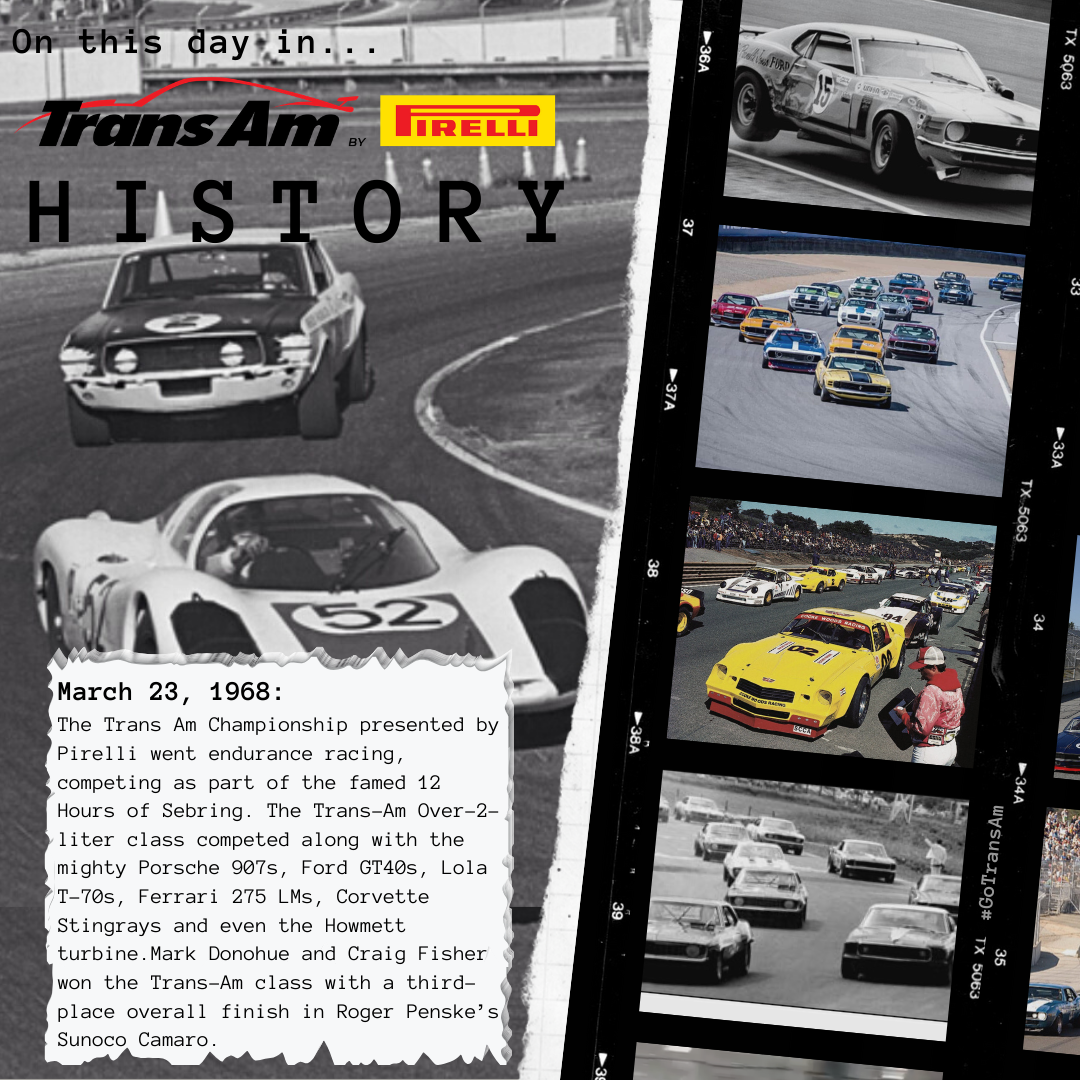