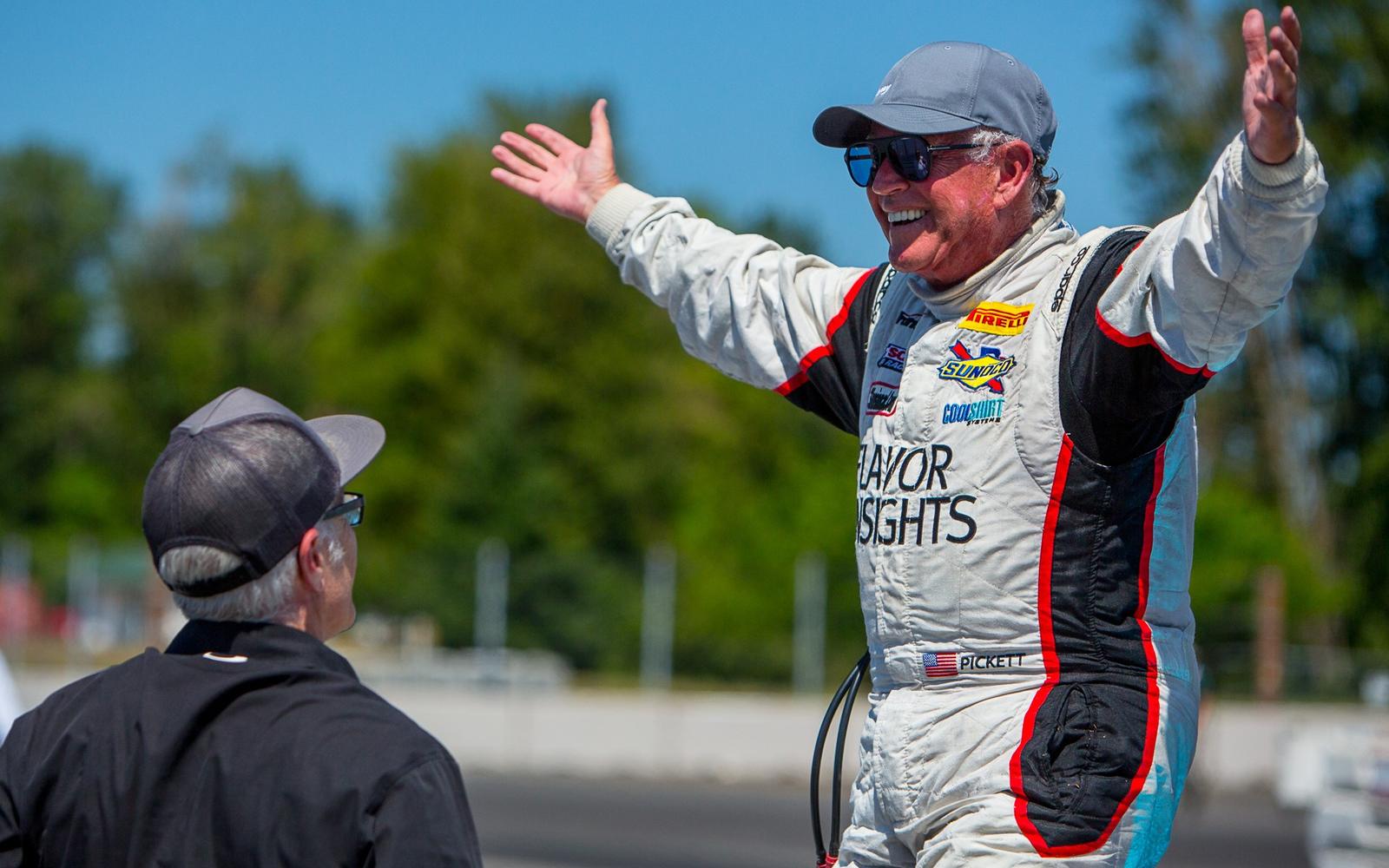 The Trans Am Championship Presented by Pirelli roared back into action after a hiatus of nearly three seasons with a race at Road Atlanta. Greg Pickett took his 17th career victory, driving the No. 6 Muscle Milk Jaguar XKR. Rounding out the podium were current contenders Mike Skeen and Amy Ruman.

Tony Ave won the pole in a Ford Mustang and led the opening 19 laps before yielding to R.J. Lopez. The engine in the latter’s Corvette expired on the 32nd lap, opening the door for Pickett.

SCCA Pro Racing held only two rounds at Heartland Park Topeka in 2006, with no races in 2007 or 2008. For 2009, Trans Am Series was revived based on SCCA GT-1 club rules. Seven races were held, with Portland International Raceway winner Tomy Drissi winning the championship. Drissi remains active, finishing second in the 2020 season opener at Sebring. Skeen won the TA2® Powered by AEM race at Sebring, while Ruman took third in the TA round.. 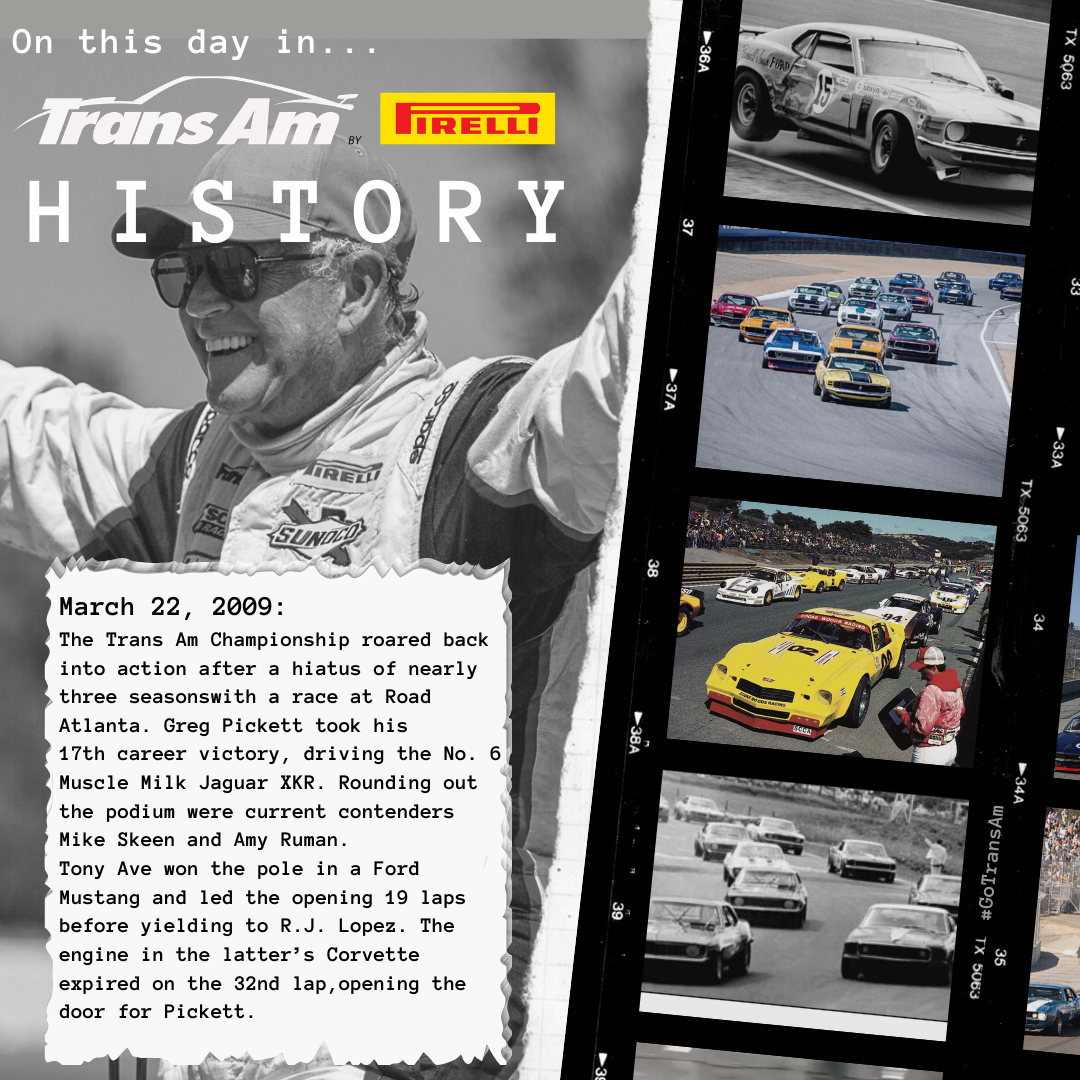