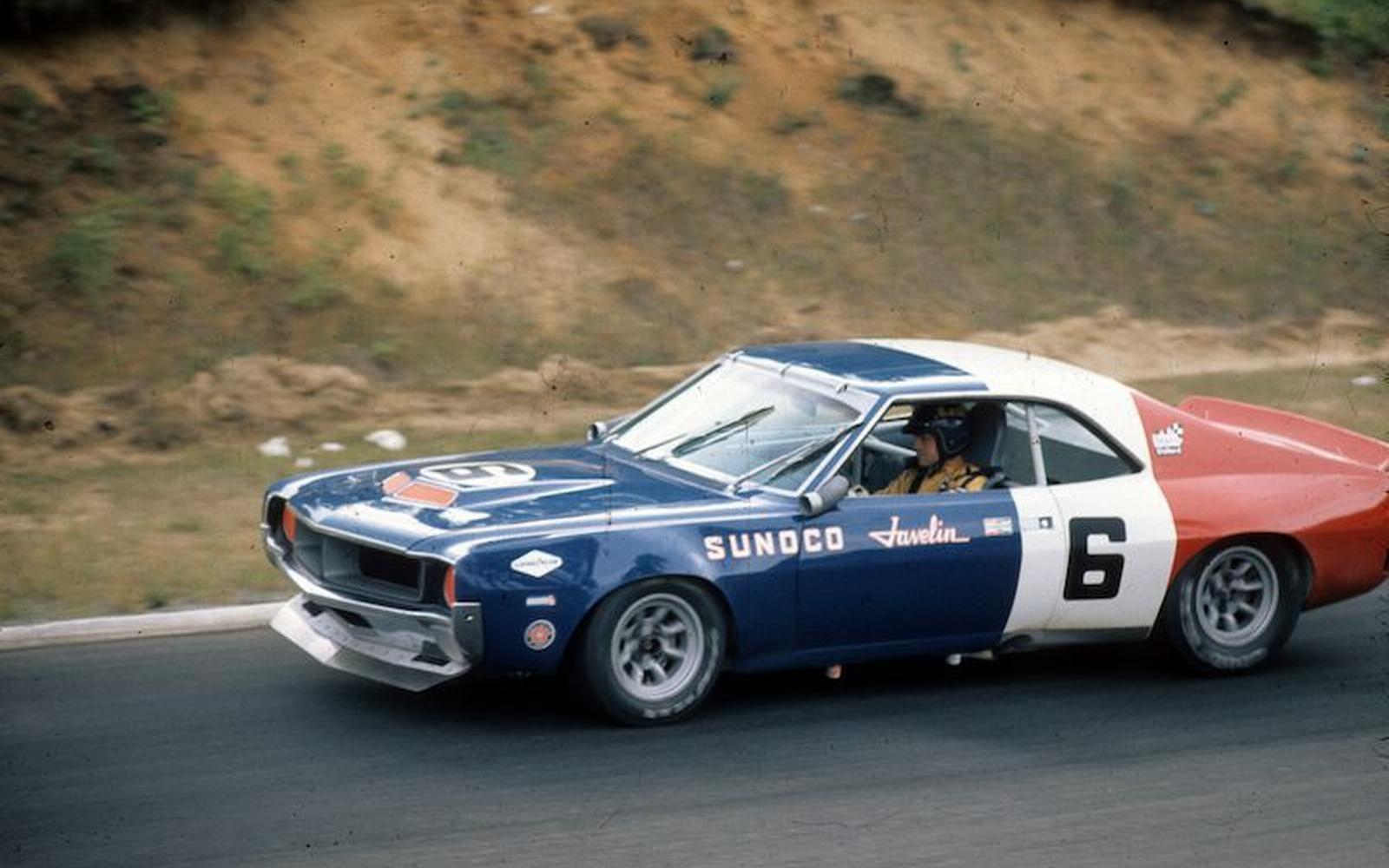 Trans-Am legend Mark Donohue was born in Summit, N.J. Trans Am did not crown a driver champion—only manufacturer champions were recognized until 1971. But Donohue would have claimed three titles, having led the Trans Am driver standings in 1968 (when he won 10 of 13 races) and 1969 in a Camaro, then again in 1971 in a Javelin, driving for Roger Penske Racing.

Donohue won 29 career races, second on the Trans Am all-time list to Paul Gentilozzi’s 31. Tommy Kendall is third with 28, followed by Scott Pruett, 22, and Ron Fellows and current star Ernie Francis Jr., 20 each.

Donohue’s Trans Am career record is a study of winning consistency. He won eight consecutive races in 1968, a record that stood until Kendall’s 11 straight in 1997.

Donohue also recorded 13 consecutive podiums in 1967-68. Going out a winner, Donohue won his final six Trans Am starts from the pole, ending with his final race at Michigan International Speedway in 1971.

Donohue went on to make his mark in other forms of motorsports, all with Penske Racing. He gave the team its first Indy car victory in the 1971 Schaefer 500, the first major event at Pocono International Raceway. The following year, he gave “The Captain” his first triumph in the Indianapolis 500. He also won an SCCA National Championship; a NASCAR Winston Cup race; the first IROC championship; and podiumed in Formula One (third at Canada for Penske in 1971.

Donohue is also remembered for taming the Porsche 917/30. Running with Sunoco colors, Donohue won the final six races of the 1973 Can-Am Championship, running away with the title. Two years later, he drove the 917/30 to a close-course world record speed of 221.120 mph at Talladega Superspeedway.

“Captain Nice” combined driving talent with his engineering skills to seek the “unfair advantage” that made him a crowd-pleasing winner in Trans Am and many other forms of racing.

Read more on Donohue's history with Trans Am here- http://gotransam.com/about/Our-History/59342 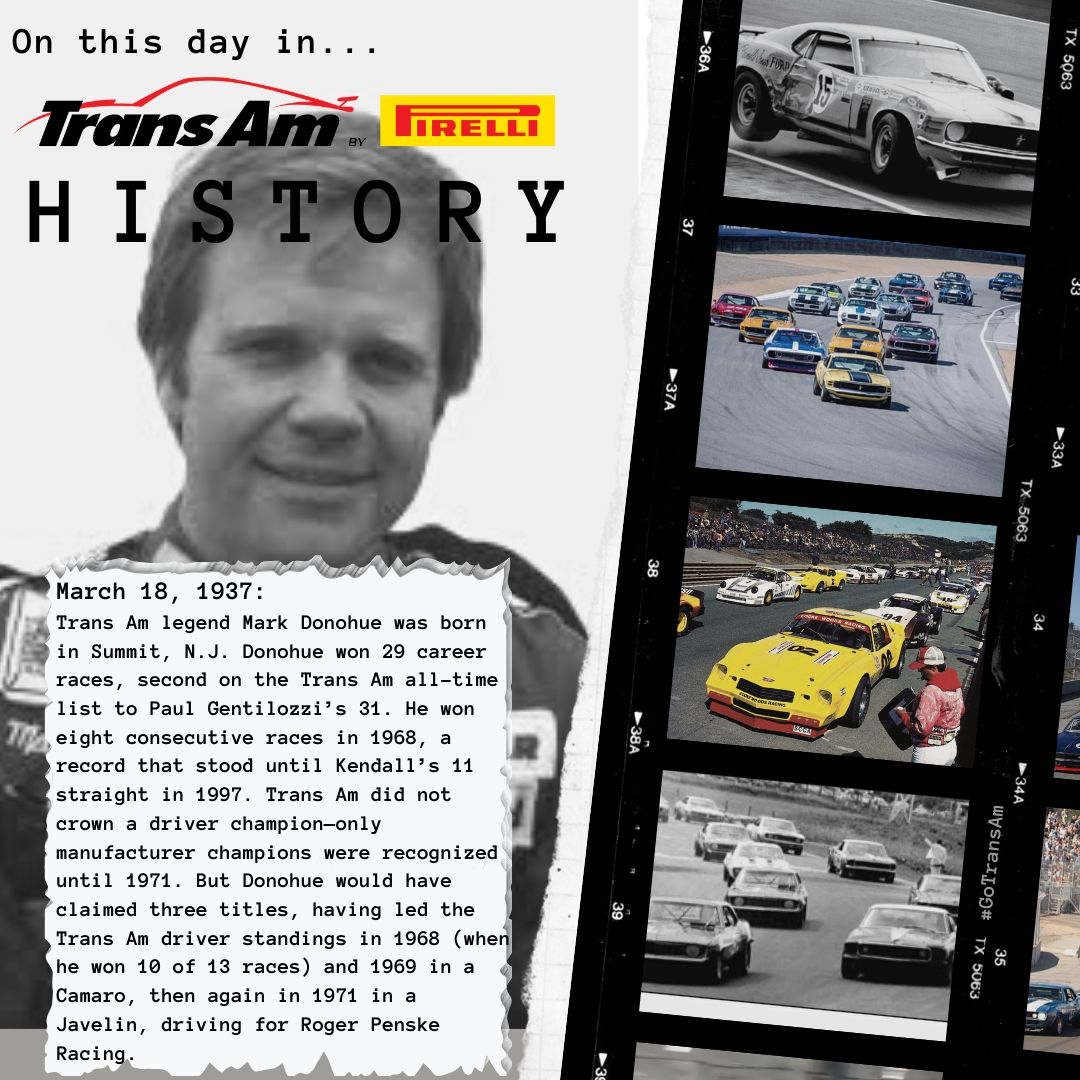