Amy Ruman followed up her first career pole in the Trans Am Series presented by Pirelli with a flag-to-flag victory in the 2014 RacingJunk.com 100 at New Jersey Motorsports Park.

Ruman pulled away in the early laps, while fourth qualifier Jim McAleese got around both Peterson and third-qualifying Simon Gregg on a lap nine restart to take second. McAleese was never able to challenge in the No. 03 McAleese & Associates Corvette, with Peterson making many attempts to regain the runner-up slot. After being held off in Turn 1 on several occasions, Peterson made the move stick on lap 18 to retake second in the No. 87 3-Dimensional.com Corvette. 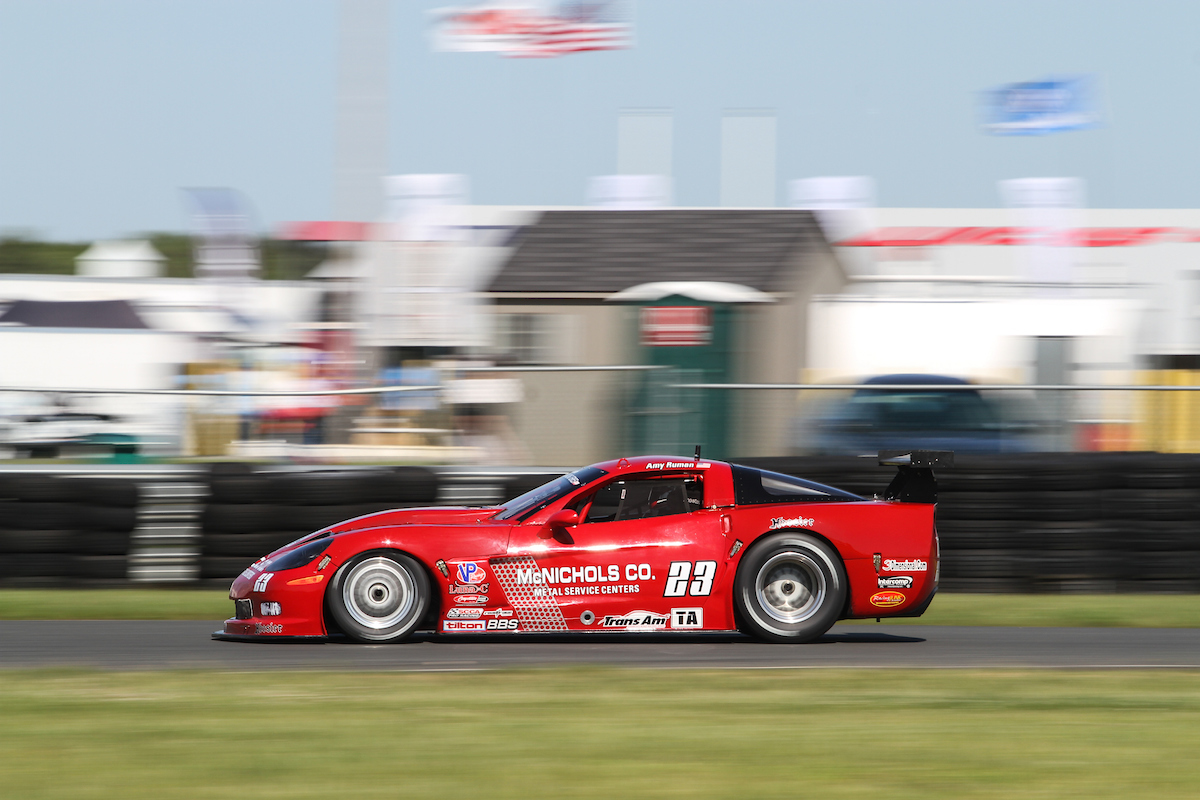 At that point, Peterson attempted to run down Ruman. A caution for an oil slick in Turn 6 on lap 26 brought out a caution. Both Ruman and Peterson ran their fastest laps of the race following the restart. Ruman’s power steering gave out with eight laps remaining, although she was able to muscle her red Corvette to the checkered flag.

“It was an endurance race,” said Ruman. “I knew Peterson would be there when we got the yellow, he was probably being conservative with his tires; I was trying to be as conservative as possible with mine too. At the end, I knew he’d be gunning for me; I didn’t anticipate the power steering problems. I was ok on the straights; but in the corners he caught up with me, so I had to get back on the gas as fast as I could. I don’t know how much longer I could have done that; but you know, I’ve been working out, so we’re good.”

It was Ruman’s second-consecutive victory on the 2.25-mile Thunderbolt layout, having won the most recent Trans Am race at Millville in 2012.

Peterson retained a two-point lead in the standings with his second-place finish. McAleese held on to take third, followed by Simon Gregg and Kerry Hitt.

Cameron Lawrence captured his second-consecutive TA2® victory in the No. 1 Trick Titanium Chevrolet Camaro, holding off a determined Adam Andretti.