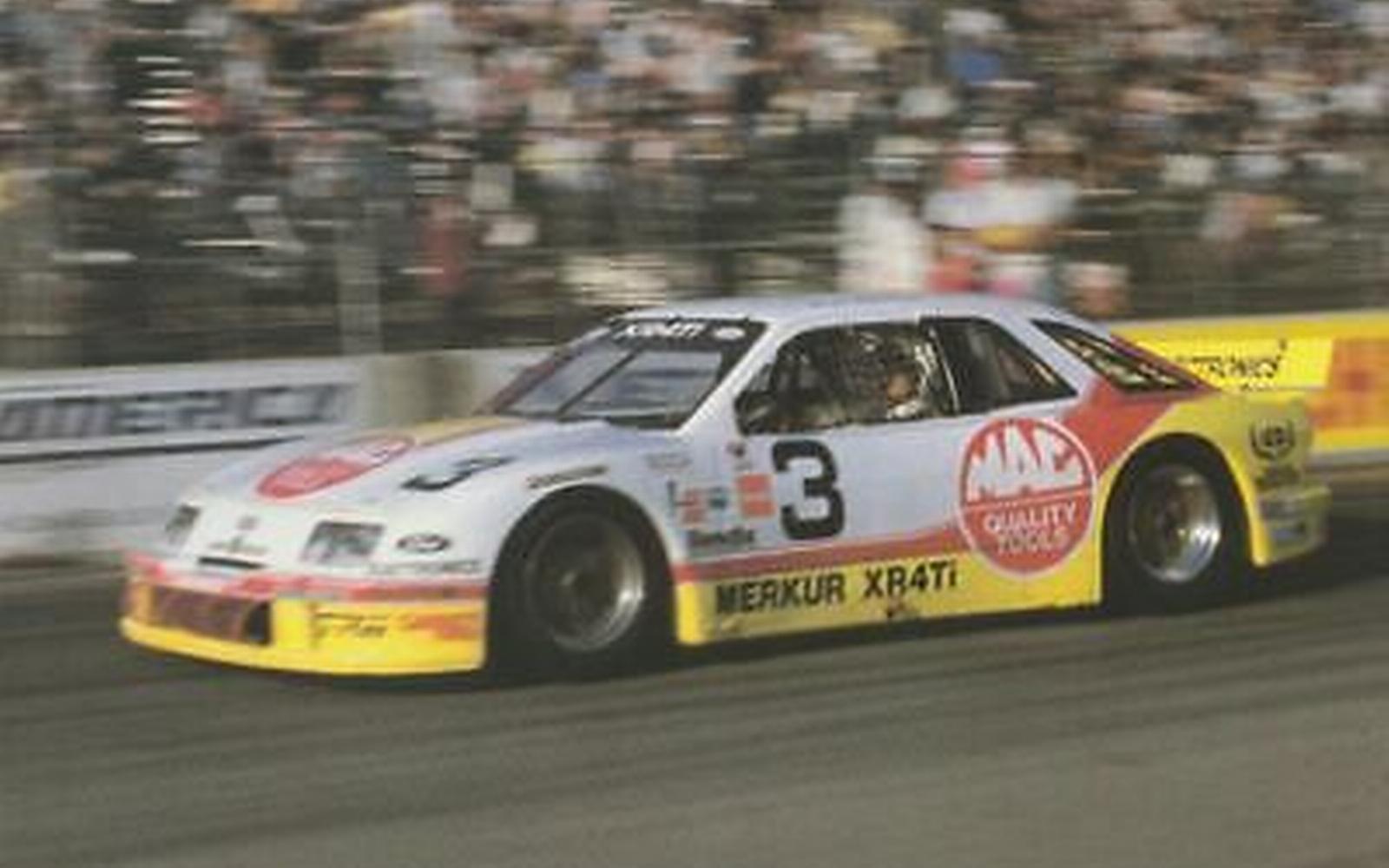 Pete Halsmer continued his mastery of Road America by winning the 1987 Trans Am Series presented by Pirelli 100-mile feature race on the historic 4-mile circuit.

One year after winning both the qualifying race and main event for Jack Roush, Halsmer averaged 102.950 mph in the Roush No. 3 Mac Tools Merkur XR4Ti, beating the Camaro of Les Lindley by 1.630-seconds.

Paul Newman set the fastest lap in qualifying, 2:14.655-seconds, but damaged the No. 33 Planters Nissan 300ZX Turbo late in the session. That gave the Fast Five pole to Scott Pruett, who ran 2:14.743-seconds in the No. 2 Mac Tools Merkur XR4Ti.

Bob Sharp’s team scrambled to get Newman’s car repaired, with the popular racer/actor gridded sixth. However, his engine expired on the opening lap, putting him at the back of the 35-car field.

Newman’s exit brought out a red flag and complete restart. This time, Lindley caught the field napping and went from seventh to second at the waving of the green flag and tucked in behind Pruett. Lindley needed only one lap to get around Pruett, with the Merkur going out with overheating on the following lap.

That left Halsmer to take up the chase. He finally got by with only four laps remaining, sneaking to the inside in Canada Corner to take the lead.

“I was really concerned about brakes, you always have to be concerned about brakes here, especially in heavy cars like these,” Halsmer said after the race. “Luckily, I’ve been here a few times, so I wanted to run a pace where I felt I could make the brakes live. Fortunately, that’s how it worked out.”

Deborah Gregg finished an impressive third, working her way up through the field before many of the contenders fell by the wayside. She was driving a normally aspirated Mercury Capri fielded by Roush Racing. It was the top finish by a female driver in Trans Am at the time, breaking a tie with Janet Guthrie and Lyn St. James. She finished third in the following race at Memphis, matching in what proved to be her career-best finishes.

Halsmer finished up with four victories in addition to winning the non-points Fast Five Shootout at St. Petersburg, but teammate Pruett won seven races and beat Lindley for the 1987  title by 62 points. Halsmer took third, another nine points back.

Halsmer came back to run two years in TA2®, winning four races in 2012 and finishing second behind Bob Stretch for the title.