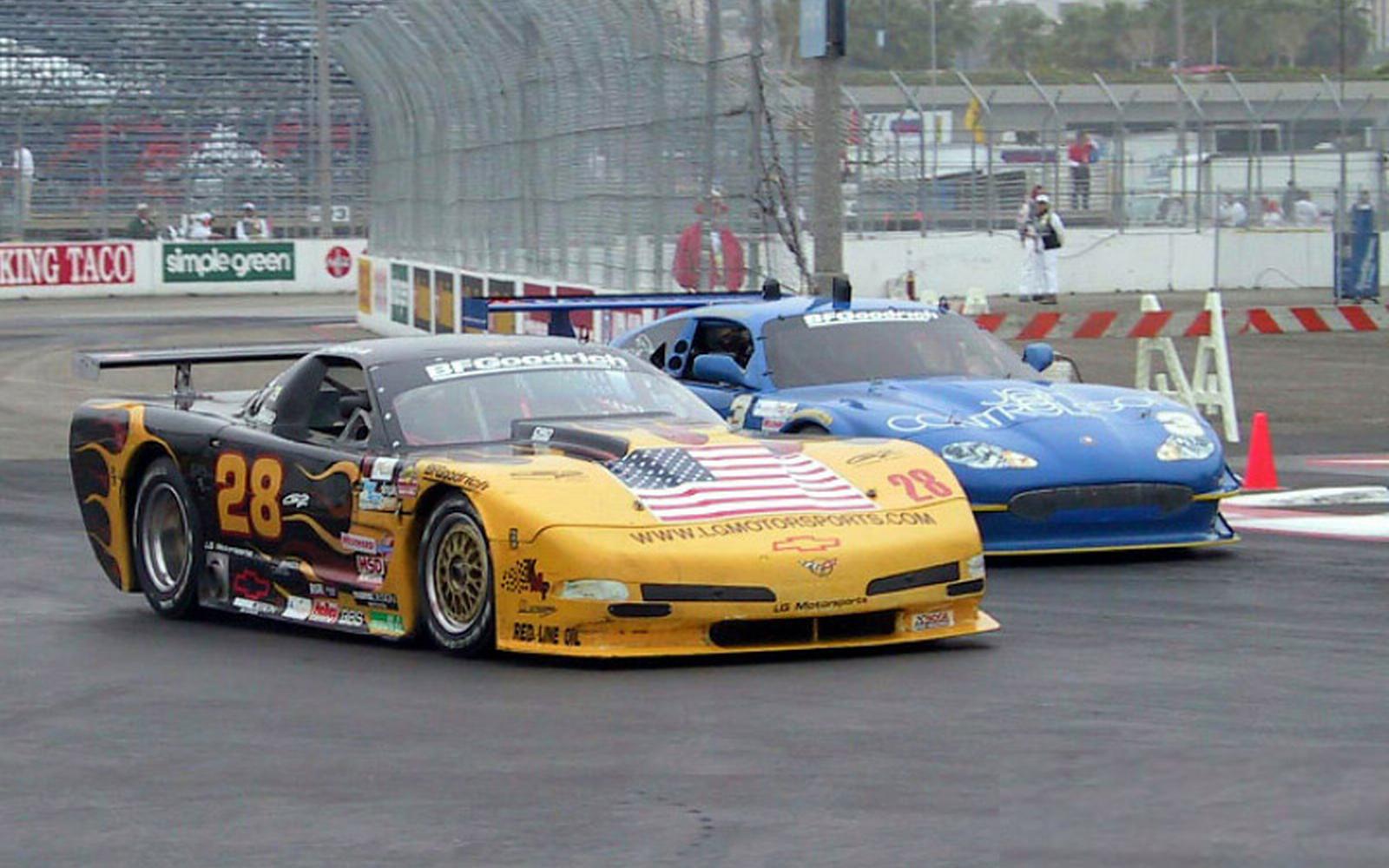 Texan Lou Gigliotti led the final 11 laps to win Round 2 of the 2001 Trans Am Championship presented by Pirelli season at Long Beach, California.

Driving the LG Motorsports Corvette, Gigliotti beat the Jaguar XKR of Johnny Miller by .808-seconds for his second – and final – career triumph. Michael Lewis completed the podium in a Jaguar XKR.

Gigliotti appeared in 58 Trans Am events between 1991 and 2002. His first victory was at Lime Rock Park in 1998, with the three-time World Challenge titlist driving his own Ford Mustang Cobra.

Long Beach maestro Paul Gentilozzi won the pole but hit a tire barrier on the eighth lap. Seventh-fastest qualifier Gigliotti took the lead when Brian Simo spun off in the Tommy Bahama Qvale Mangusta on lap 30. Gigliotti then held off repeated attempts by Miller to take the victory. 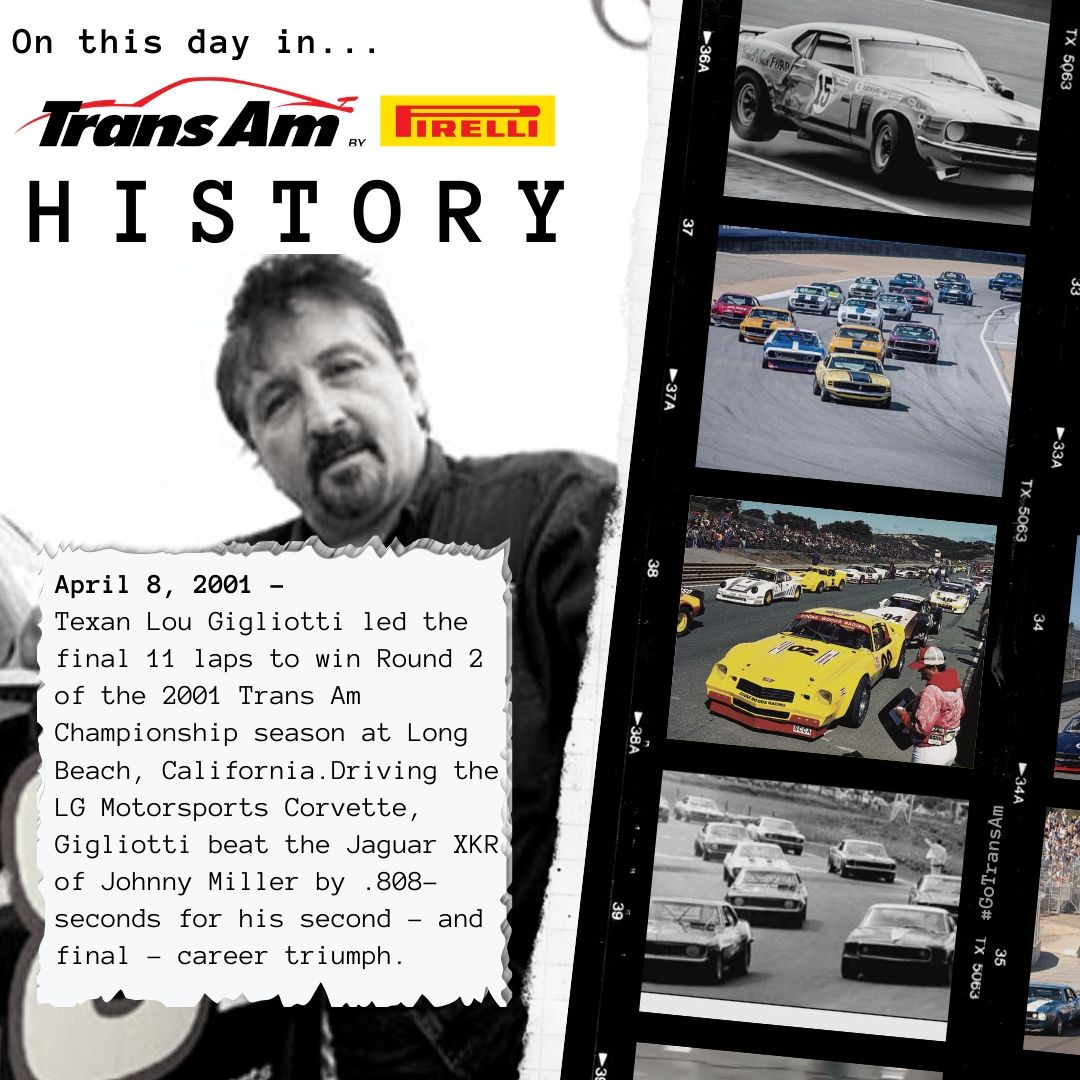