Kendall opened the campaign with a victory on the streets of St. Petersburg, Florida, leading only the final six circuits as he recovered from an early spin in Jack Roush’s No. 11 All Sport Body Quencher Ford Mustang. Pole winner Dorsey Schroeder, Brian Simo and Paul Gentilozzi took turns leading the opening 54 laps.

At Phoenix, the outcome was never in doubt. Kendall won the pole in a record 58.259-seconds, and went on to lead every lap in the 67-lap, 101.17-mile race on the 1.51-mile circuit using part of the PIR oval and infield road course.

Ford Mustangs took the top six positions. Brian Simo took second, .680-seconds behind in the No. 22 Valvoline entry. He was followed by Dorsey Schroeder, Michael Lewis, Mike Borkowski and Jon Gooding. The top non-Ford finisher was Leighton Reese, seventh in the No. 66 Fieldworks/Phillips 66 Pontiac Grand Prix.

Opening the year with two consecutive triumphs, Kendall was only warming up. He went on to win the next nine races – making it 11 in a row – before Mike Borkowski ended the year with a pair of victories. Kendall took his third consecutive and fourth career championships – both Trans Am milestones, while Ford won all 13 rounds to claim the manufacturers’ championship. 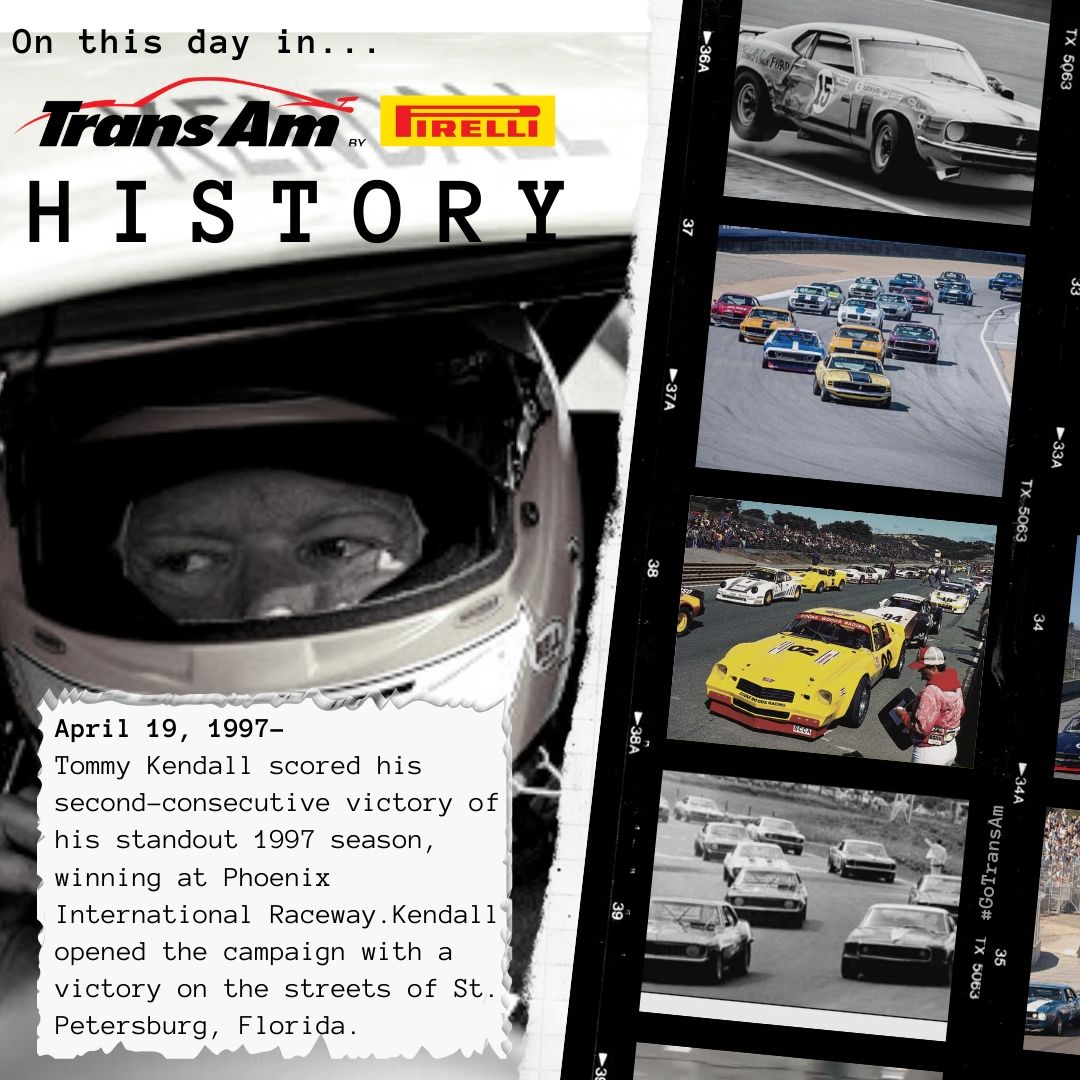