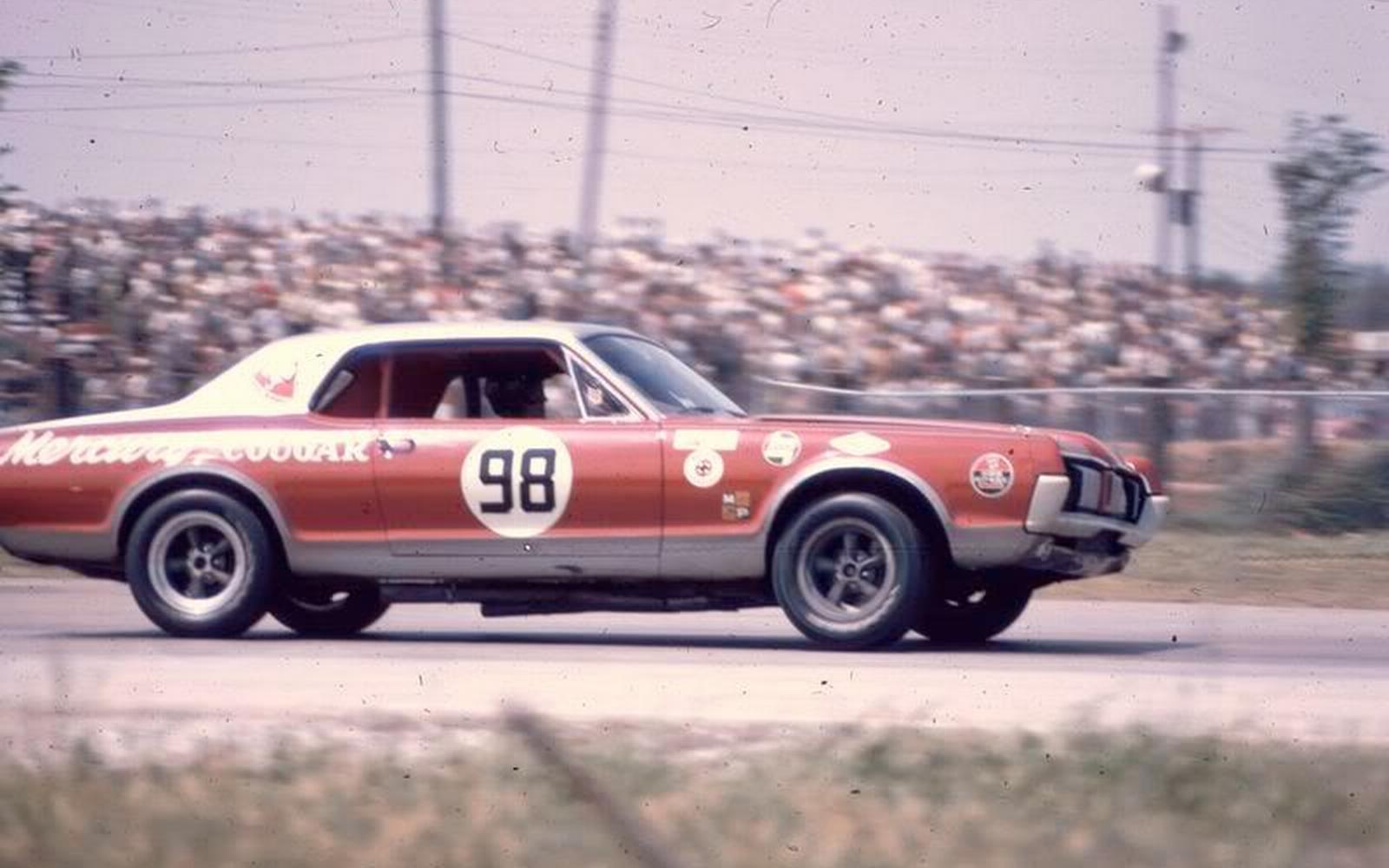 Dan Gurney and Parnelli Jones gave Bud Moore’s Mercury Cougars a 1-2 finish at Green Valley Raceway in Smithfield, Texas. It was the closest finish in Trans Am history, with Gurney winning by less than a yard.

The drive of the day was turned in by Jerry Titus, winner of the most recent race at Sebring. The Mustang driver hit a hay bale during practice and flipped. Titus was forced to run in a special qualifying race, which he won to start in the last row of the 30-car field.

Titus stormed through the field to take the lead, but was forced to pit due to extreme heat while leading on lap 40. The Carroll Shelby crew dumped buckets of cold water over him in the pits. Refreshed, Titus again worked his way back to take a fifth-place finish – with relief help from Ron Dykes.

Titus’ stop on lap 40 gave the lead to Gurney. The American legend led the final 148 laps, although hounded by his equally popular teammate Jones all the way to the checkered flag. The official margin of victory was listed as “three feet” after nearly four hours of racing, with the front end of the Parnelli Jones’ Cougar caved in as the two stars took the checkered flag side by side.

Thompson placed third, three laps down. He was followed by Mark Donohue in a Camaro, another three laps in arrears.

Green Valley Raceway was a seven-turn, 1.6-mile road course located in North Richland Hills, Texas – near Fort Worth. It was part of Trans Am’s inaugural 1966 season, won by John McComb abnd Brad Booker in a Ford Mustang. The layout made only one additional appearance on the Trans Am schedule. Bringing back a page from 1967, it was a 1-2 Lincoln-Mercury finish, as Willy T. Ribbs defeated John Jones in a pair of Jack Roush Mercury Merkurs. However, it was not quite as close as the 1967 event, as Ribbs led every lap and won by 28 seconds. 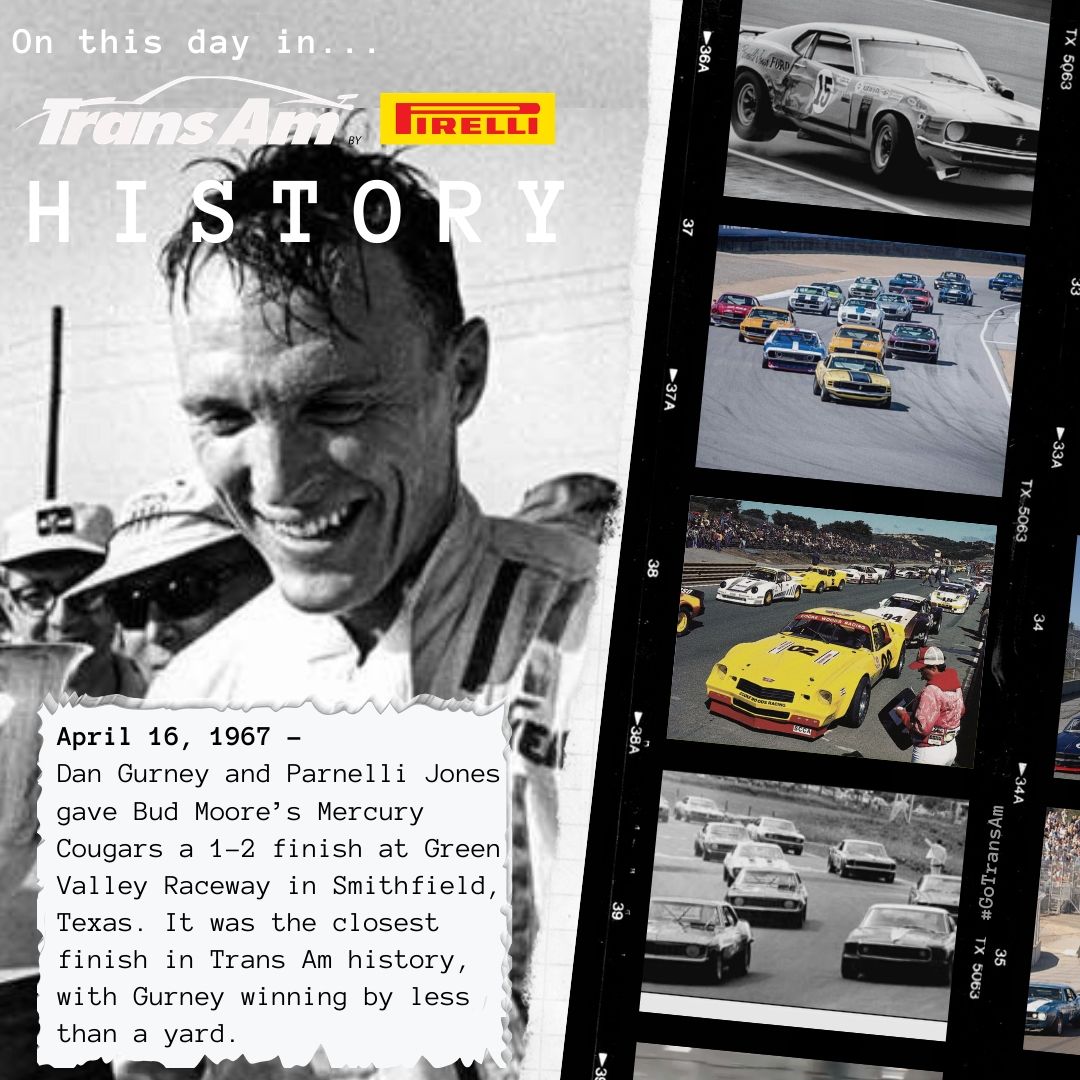