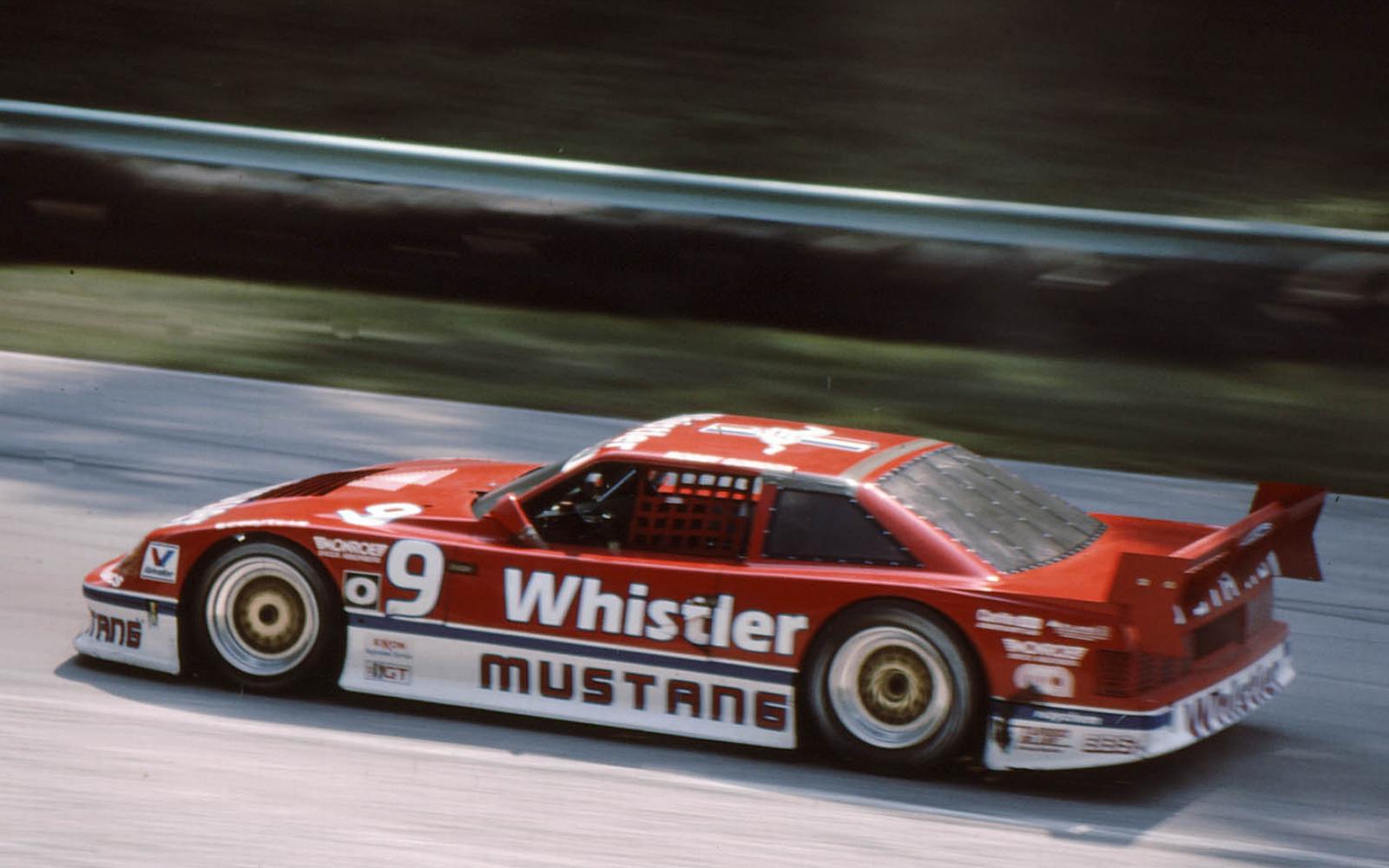 Robby Gordon debuted in the Trans Am Championship presented by Pirelli with a victory on the streets of Long Beach to open the 1992 season.

Gordon won the pole with a lap of 91.047 mph in the No. 15 Whistler Ford Mustang. He led the final 36 laps, beating the 74 Hunting Ranch Chevrolet Camaro driver and Long Beach maestro Paul Gentilozzi by 4.67 seconds. It was Gordon’s lone Trans Am start.

Ron Fellows finished third in the AER Ford Mustang, followed by Scott Sharp in the Duracell Camaro and Tommy Archer in the Shellzone Dodge Daytona.

Sharp started on the outside of the front row and led the opening circuit. Fellows started fourth and led laps two through nine, before Gordon took over and dominated the remainder of the 45-lap event. 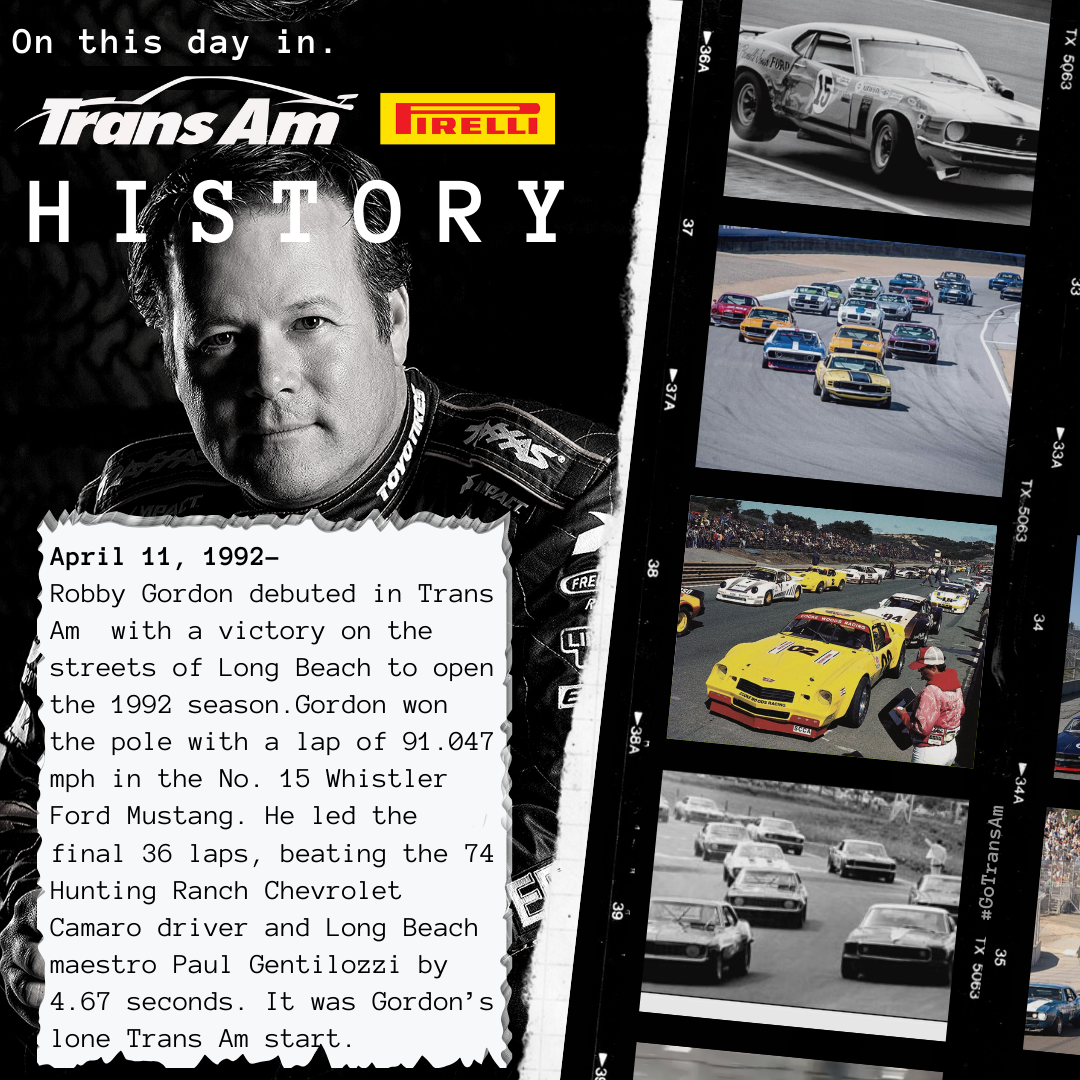