Scott Pruett captured the 1987 season opener on the streets of Long Beach, driving a Mercury Merkur XR4Ti for Roush Racing. It was the first of 14 visits for the Trans Am Championship presented by Pirelli at the California circuit.

Pruett won the pole and led the opening 18 laps before yielding to teammate Pete Halsmer, who paced the next 20 circuits. Pruett regained the lead on lap 39 when Halsmer slowed with mechanical trouble. Pruett then led the final 22 laps, averaging 69.498 mph.

It was the third of 22 career Trans Am victories for Pruett, who went on to claim his first title in the series.

Tommy Kendall finished second, one-minute, 2.33-seconds back, in a Mercury Capri that showed damage from an early brush with a concrete wall.

Bruce Jenner took third, one lap down, in a Porsche 944. It was the first of two podium finishes in 11 starts that season for the Australian. He was not to be confused with 1976 Olympic decathlon gold medalist Bruce Jenner, who competed in seven Trans Am races between 1983 and 1990.

Elliott Forbes-Robinson had the fastest race lap, 1:18.858, in a Porsche 944 fielded by Australia’s Bruce Jenner Racing. He went out with engine trouble and placed 20th 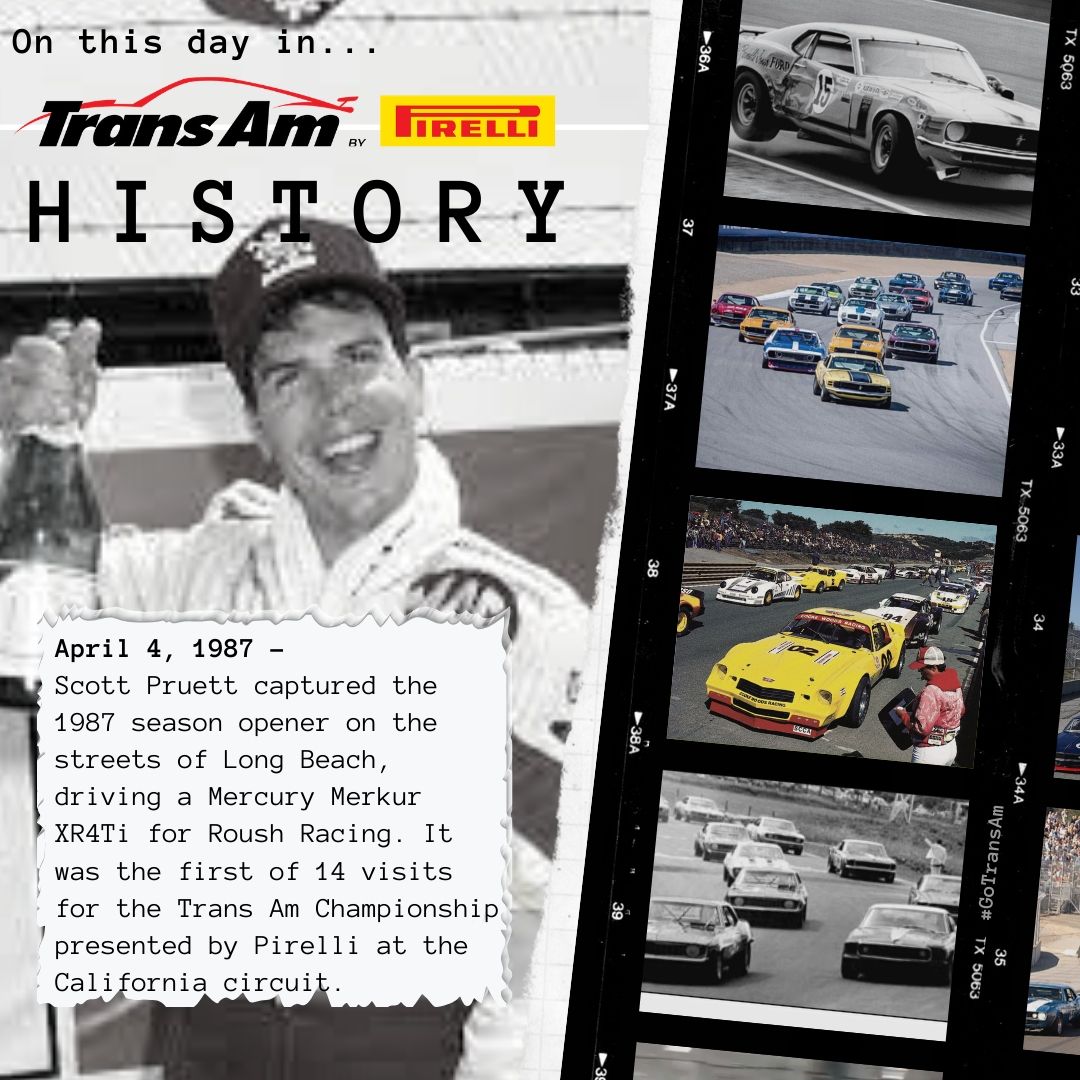