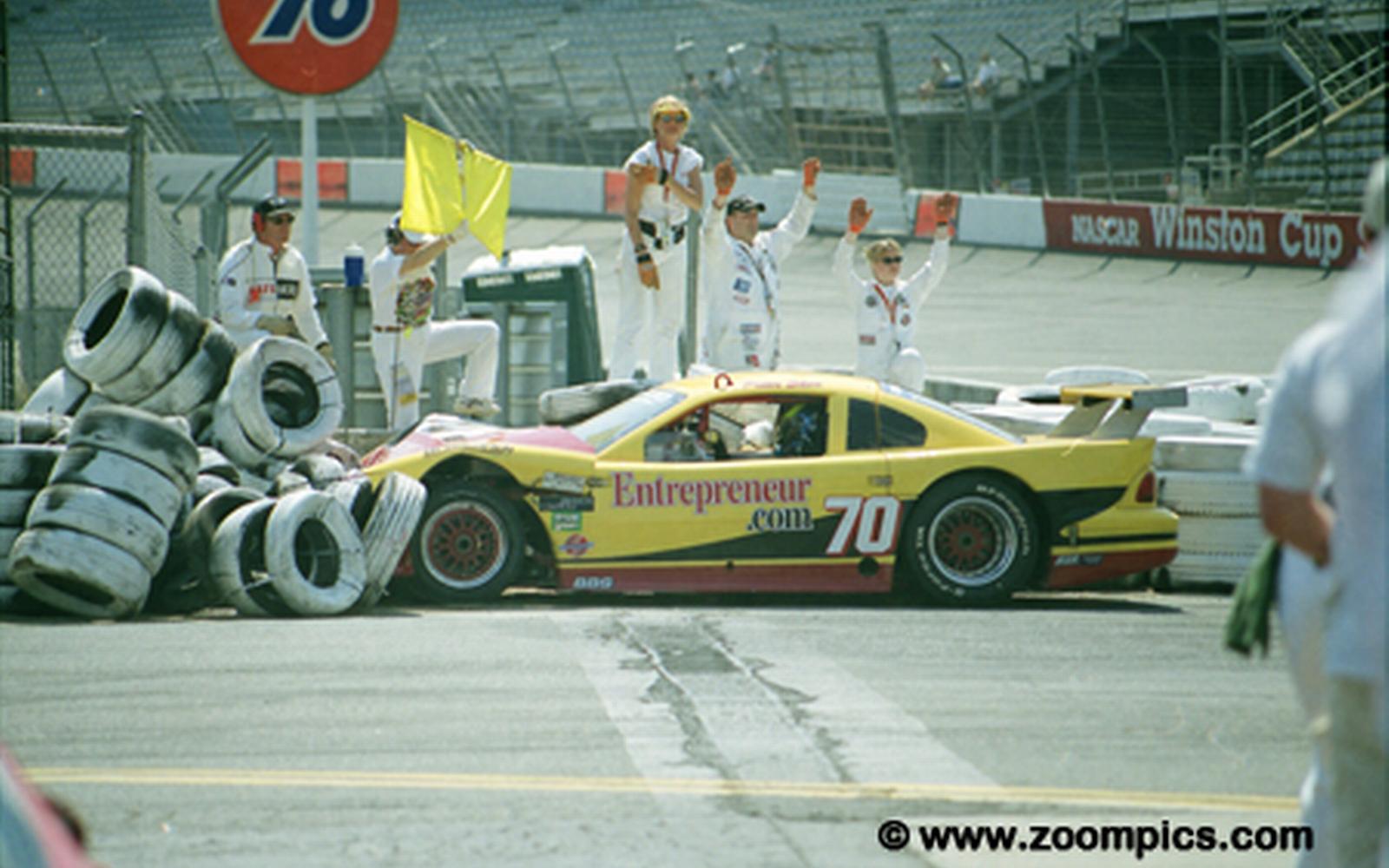 The new millennium of Trans Am Championship presented by Pirelli competition continued with Round 2 at Charlotte Motor Speedway.

Brian Simo, driving the Tommy Bahama Qvale Mangusta, ran down polesitter Paul Gentilozzi’s Jaguar XKR and won by 0.689 seconds. It was the second-straight victory for Simo, who won the season opener at Sebring.

Simo started second and ran behind Gentilozzi for the opening 12 laps in the 44-lap contest. Stu Hayner then passed both Simo and Gentilozzi to take the lead, with Simo following Hayner to take second. Simo then passed Hayner on a restart and led the final 18 circuits, although challenged by the Jaguar driver in the losing laps. Hayner crashed out with 14 laps remaining. 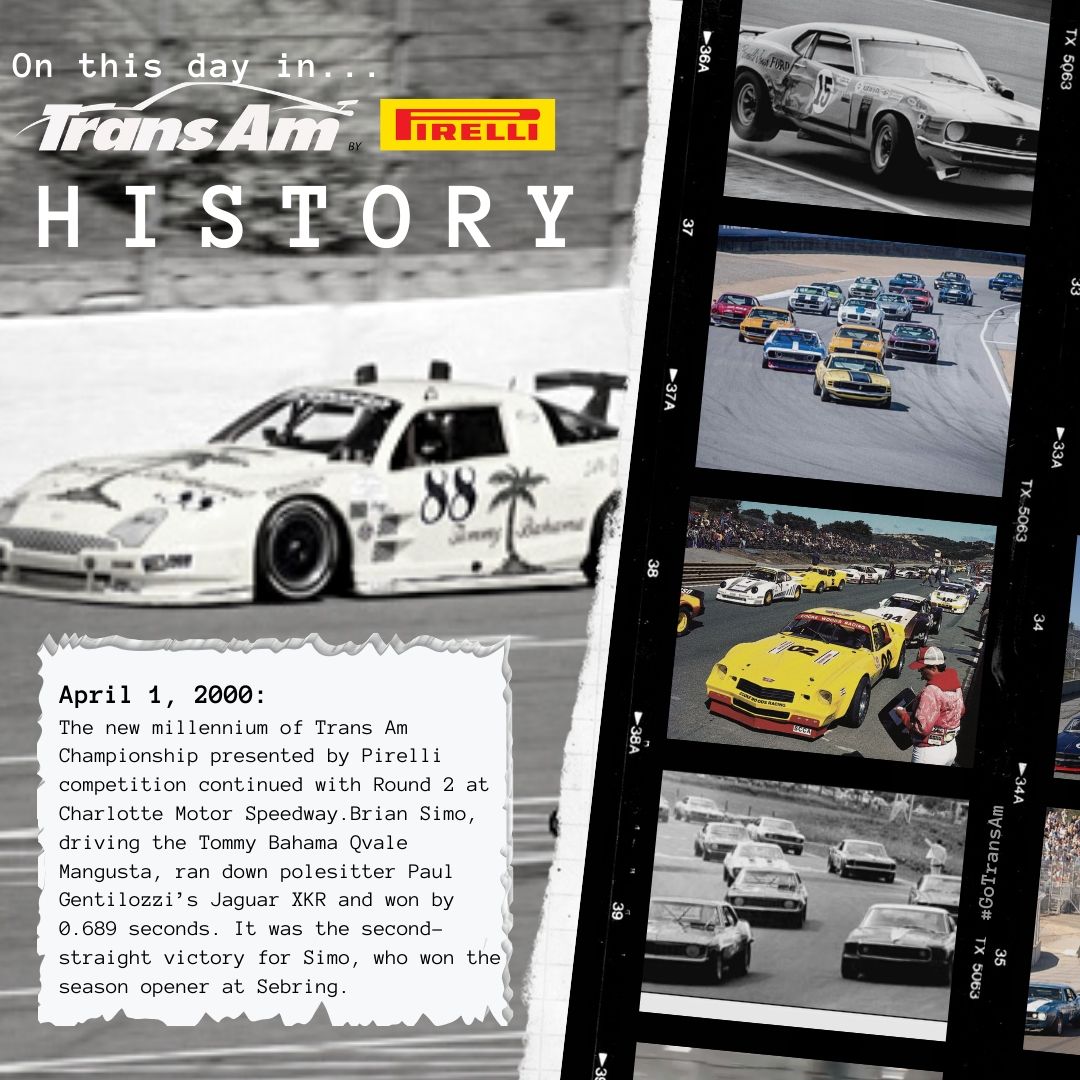